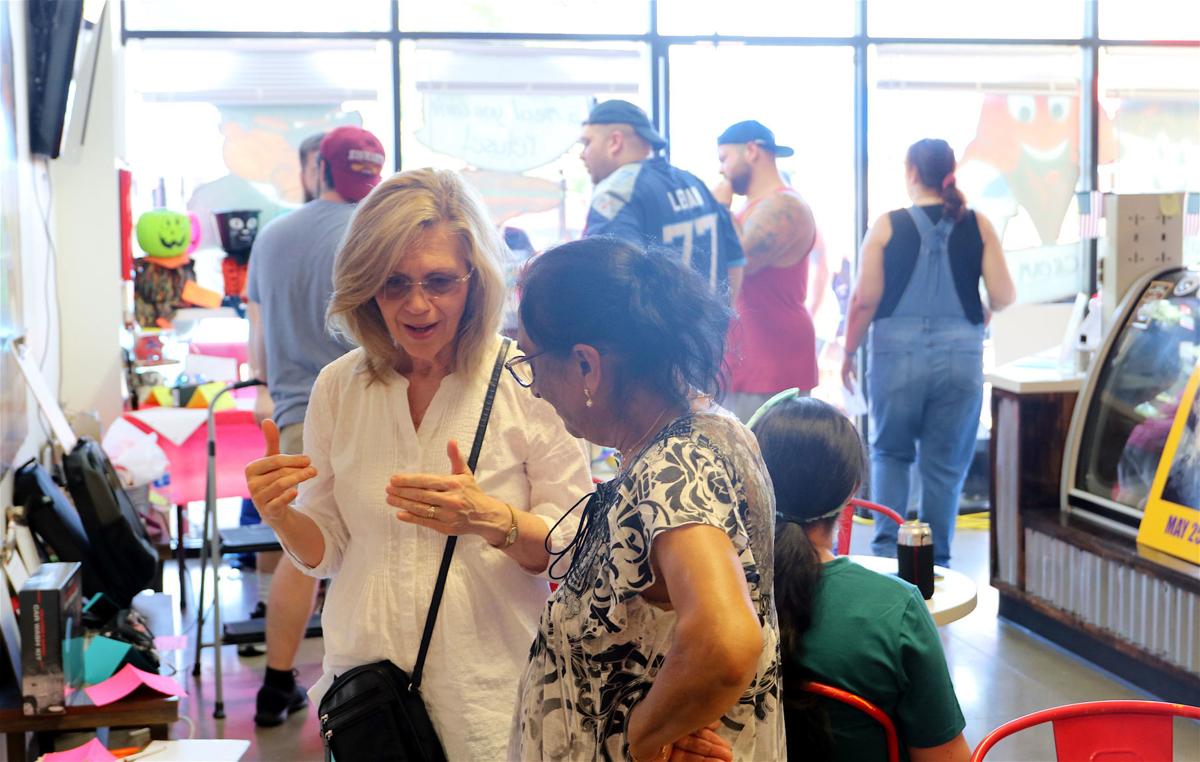 Community members take part in a silent auction at Scoopz Italian Ices on Sunday to benefit the Woffords, who lost a member of their family and their possessions in a fire on June 2. 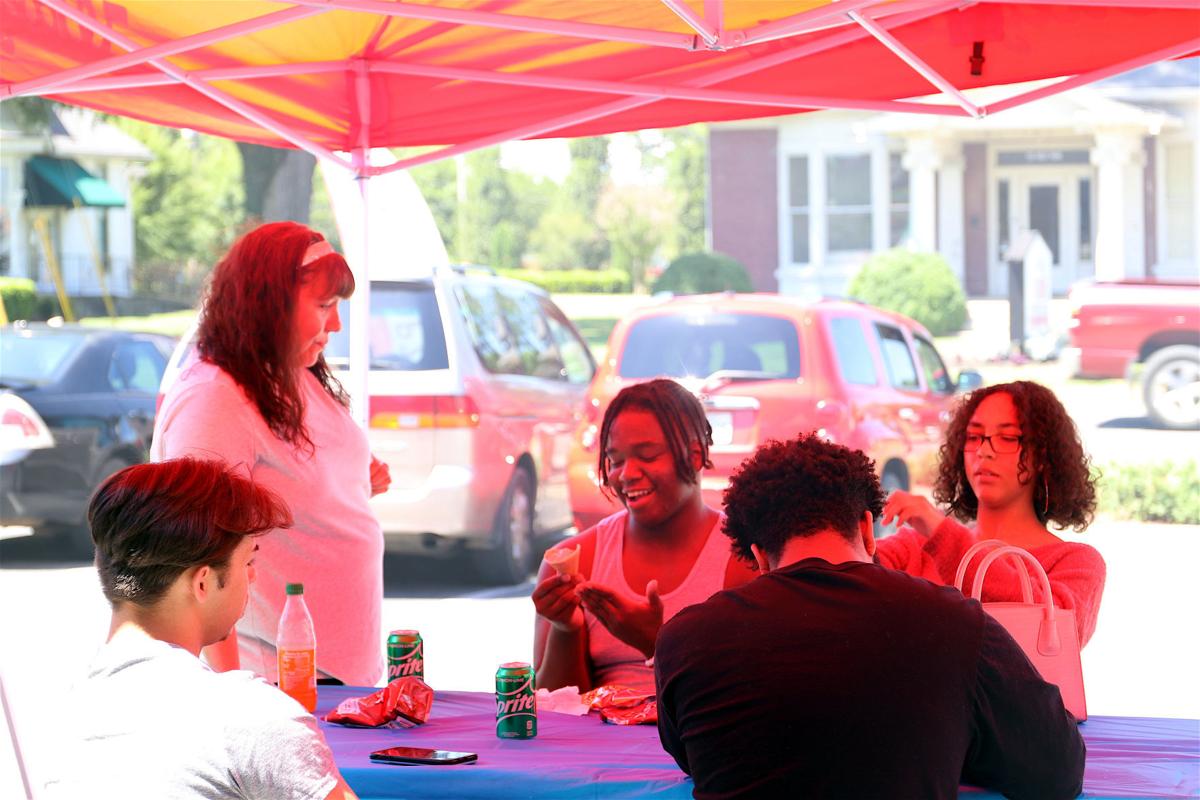 Lebanon High School graduate Jalen Wofford shares a meal with loved ones during a fundraiser for his family at Scoopz Italian Ices held Sunday.

Community members take part in a silent auction at Scoopz Italian Ices on Sunday to benefit the Woffords, who lost a member of their family and their possessions in a fire on June 2.

Lebanon High School graduate Jalen Wofford shares a meal with loved ones during a fundraiser for his family at Scoopz Italian Ices held Sunday.

Eighteen-year-old Jalen Wofford’s life was upended last month when he came home to find his mother Deborah had died in a house fire, but he and his family have fought through with help from the community.

Friends and classmates have raised thousands of dollars to help them move into an apartment, and Scoopz Italian Ices hosted a benefit cookout and silent auction on Sunday that brought in approximately $2,500 for furnishings.

“It feels like a gift from God, and I know my mom’s looking down on us right now,” Wofford said. “It’s been hard, and you’ve got to take it day by day.”

Wofford’s grandmother Karen Yancey and uncle Shawn Wofford survived the fire, and said it was a harrowing experience and a long road to recovery.

“I was in the house asleep and Shawn came home from work and saw the house on fire,” Yancey recalled. “I couldn’t climb, so he started pulling me out. I wanted to go back and find another way, but there was so much smoke in the house so he kept pulling me until he could get me out of the room.”

Heavy smoke and fire damage prevented them from going back in for Jalen’s mother, which devastated the family.

“Six months ago, I lost my baby daughter to illness,” Yancey said. “And six months after that to lose my daughter to this, it’s been a double blow on me. I think about it all the time and keep praying to God to help me go day by day.”

After the fire, the American Red Cross helped the Woffords find a hotel room and Jalen’s classmates organized a GoFundMe page. As of Monday, the effort has raised $5,460 and is still active at https://www.gofundme.com/f/wofford-house-fire-help.

“It was Kathy’s idea,” Murray said. “She came to us and offered her restaurant, with 20% of the sales going toward the family. My assistant manager came up with the silent auction, and we all went out to everybody we knew to promote it.”

Cerullo, who also works for Walgreens, said turnout for the fundraiser was above expectations.

“What happened to Jalen was a tragedy, and we want to do anything we can to help,” she said. “We love this community, and we moved from New York to be a part of it, so we want to do what we can.”

Several local businesses donated items to the silent auction, like Recycled Granite Nashville. Attendees were able to browse and bid on the selection inside the restaurant, and many of them were hits with the public.

“We’re glad not only to donate but to show up and enjoy the festivities,” manager Steve Lurie said. “It’s very good to see our community rally behind the family at a time like this.”

Lurie donated items including a flower pot and wine holder, and he teamed up with Veritas Realty Group coworker Sherry Wright to offer a real estate voucher as well.

Other organizations turned out to support the family by bidding on items or buying a meal, including the Christian Motorcycle Association. Local car club Loud -N- Obnoxious Cruzers are also hosting a fundraiser and cruise-in for Jalen’s family from 5-9 p.m. at the Lebanon Outlet Mall on July 24.

“My nephew’s friends, coworkers, everybody’s just been good to him,” Shawn Wofford said. “That’s the biggest thing. I’d like to thank the people for Lebanon for showing us a lot of support.”