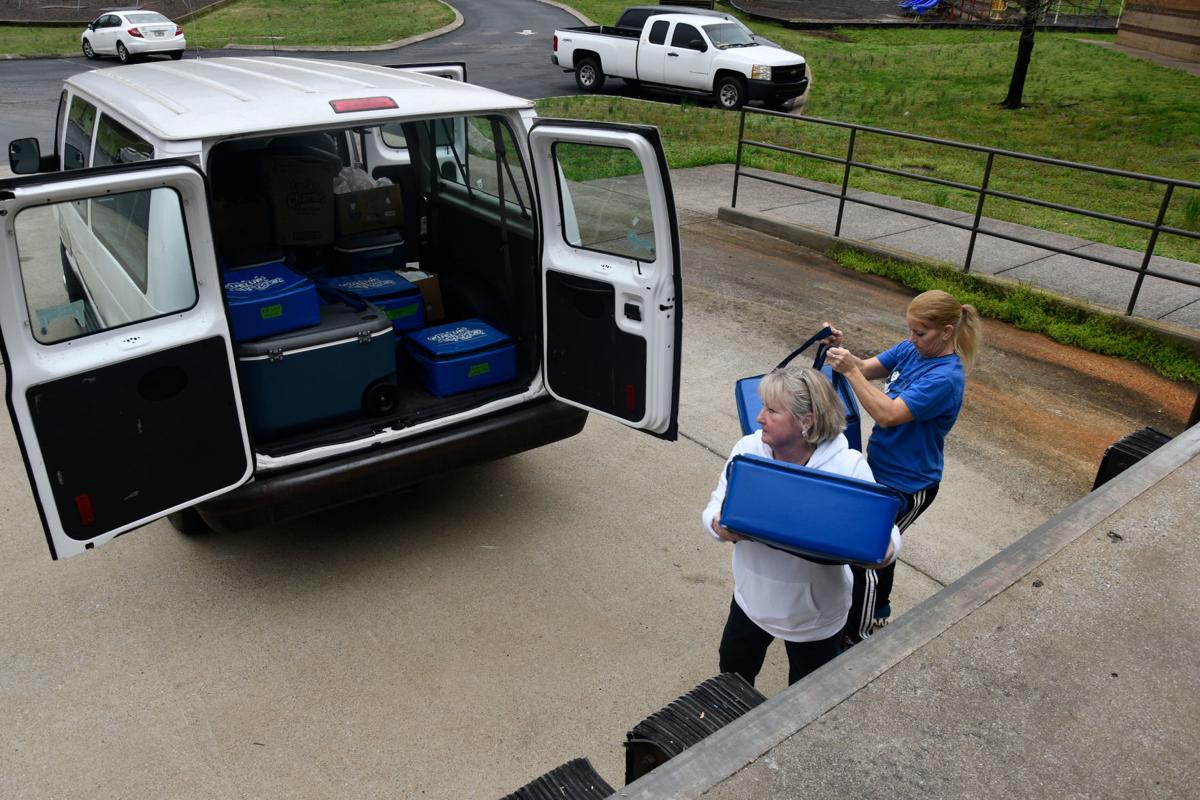 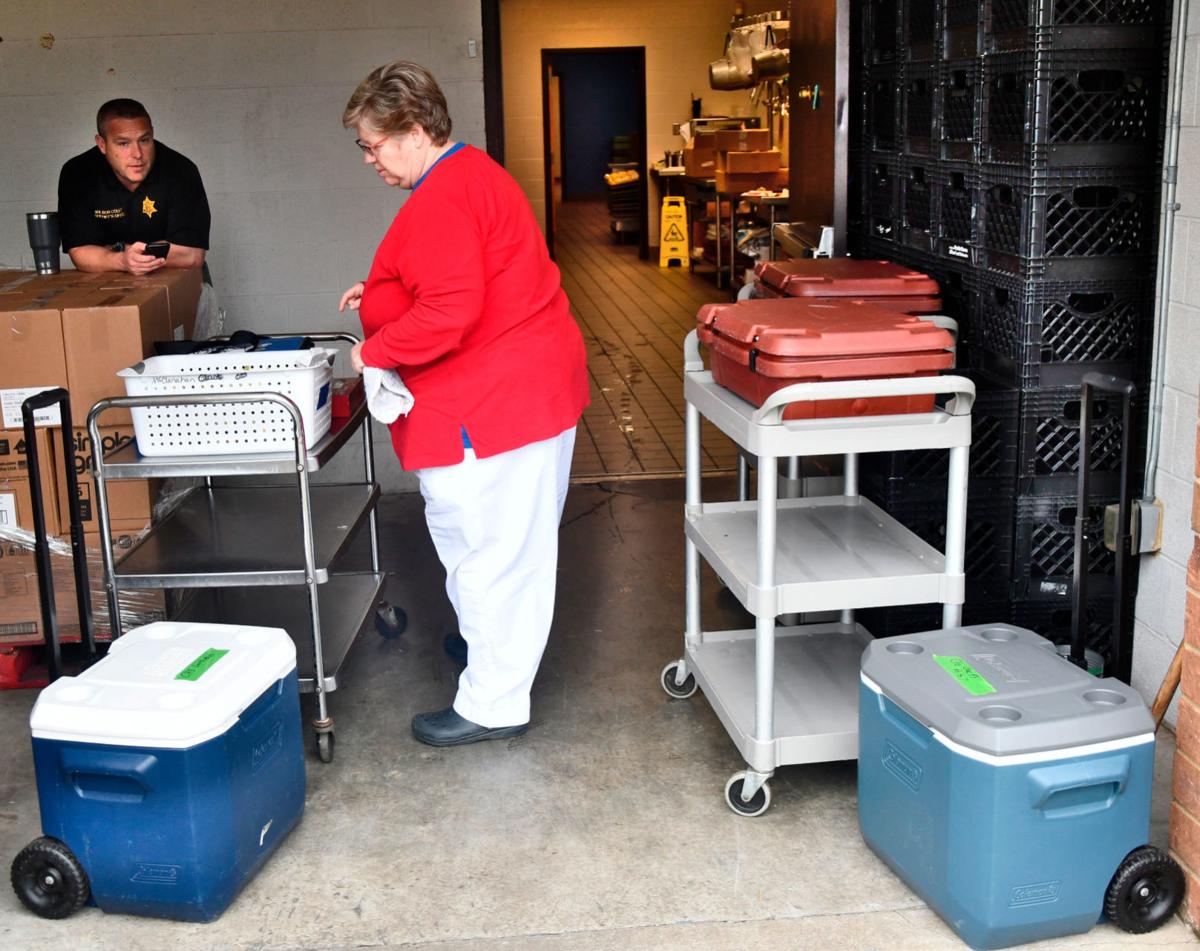 The number of COVID-19 cases rose from 7 to 10 in Wilson County and from 667 to 784 in the state in the 24-hour period ending at 2 p.m. Wednesday. Three people in the state have died from the disease, according to the Tennessee Department of Health.

In Wilson County, the two public school systems are adhering to Gov. Bill Lee’s request to keep schools closed through April 24. On Tuesday, both Wilson County Schools and the Lebanon Special School District announced they would extend their closures to April 3, from March 27, but then Lee made his request to stay out until April 24.

Lee’s recommendation comes just a week after he initially recommended all Tennessee school districts to close through March 31.

Despite the extension of school closures, the mood was upbeat and determined at Castle Heights Elementary School on Wednesday morning.

The Family Resource Center had just received a large box truck full of food for the weekend backpack meal program collected by Lebanon’s The Journey Church, and people were beginning to arrive to pick up meals for their children.

Kayla Hoover was there with her sons, Jaydin, 13, and Mason, 10, who both attend Southside Elementary School

“I thought I wouldn’t miss school,” said Jaydin. “But I am missing it.”

Castle Heights cafeteria manager Pam McPeak said she and her staff were being meticulous about disinfecting and washing hands, even as they work to brighten children’s days.

“We are geared up to do this,” McPeak said. “The kids are excited to see us.”

“This is an unprecedented time for our country and state and we thank Governor Lee for his leadership in protecting the health and wellbeing of Tennessee’s students and teachers. We know school closures represent a significant disruption for families and students and the recommendation to extend them has not been considered lightly,” Schwinn said in a statement.

The Department of Education continues to work with school districts to ensure students are receiving meals and distance learning continues while school buildings are closed, Schwinn added.

“Even in the midst of these challenges, we have seen an incredible outpouring from districts, schools, and teachers going above and beyond to ensure students continue to have access to food and have the supports they need to continue learning. This is a huge testament to our resilience as a state and the dedication of our educators and leaders.”

Williamson County Schools has already announced that its schools will remain closed until at least May 1, potentially setting a precedent for districts across the state.

The Tennessee legislature approved suspending TNReady testing — the state’s annual standardized assessment — last week as well, amid the extended school closures and some lawmakers wondered if schools would re-open at all this school year.

While President Donald Trump wants the U.S. economy to “open” back up by Easter Sunday, Lee said that with the potentially deadly COVID-19 virus continuing to spread here “the impacts in Tennessee are not going to be over by Easter and we’re planning for a long runway in both the economic impacts and the medical impacts.”

Noting that different parts of the country “are in different stages,” the Republican governor said “here in Tennessee we know that we have a tremendous challenge ahead of us. And we’re gearing up for what is to come.

“We know that certainly the virus is spreading in Tennessee right now. Our numbers are going up. They’re going to continue to go up,” Lee said Tuesday. “And because of that the unemployment in this state will likely go up as people are removed from the work force.”

The governor added that “we’re not afraid of what’s coming. We’re just aware of what’s coming and we’re preparing for what’s coming.” He was referring to issues such as adding hospital beds and finding additional sources of personal protection equipment for frontline physicians and health professionals seeking to combat the crisis.

Earlier Tuesday, the federal Tennessee Valley Authority utility announced that it was distributing 50,000 N95 masks in its seven-state region for health professionals to use. Lee said other companies are also stepping up to help.

State Health Commissioner Lisa Piercey cautioned reporters during the governor’s teleconference call that the two deaths in Nashville doesn’t mean that is all that have occurred, noting the state may soon “hear of additional deaths” that haven’t been reported. She said the reporting process is “fairly significant” and “there is a lag on that.”

Asked how many people with coronavirus have been hospitalized, Piercey, a physician, explained patients sometimes present at hospitals as having pneumonia. It is still taking time on COVID-19 testing although she and Lee say the process is accelerating now with more tests and even shorter turn around times.