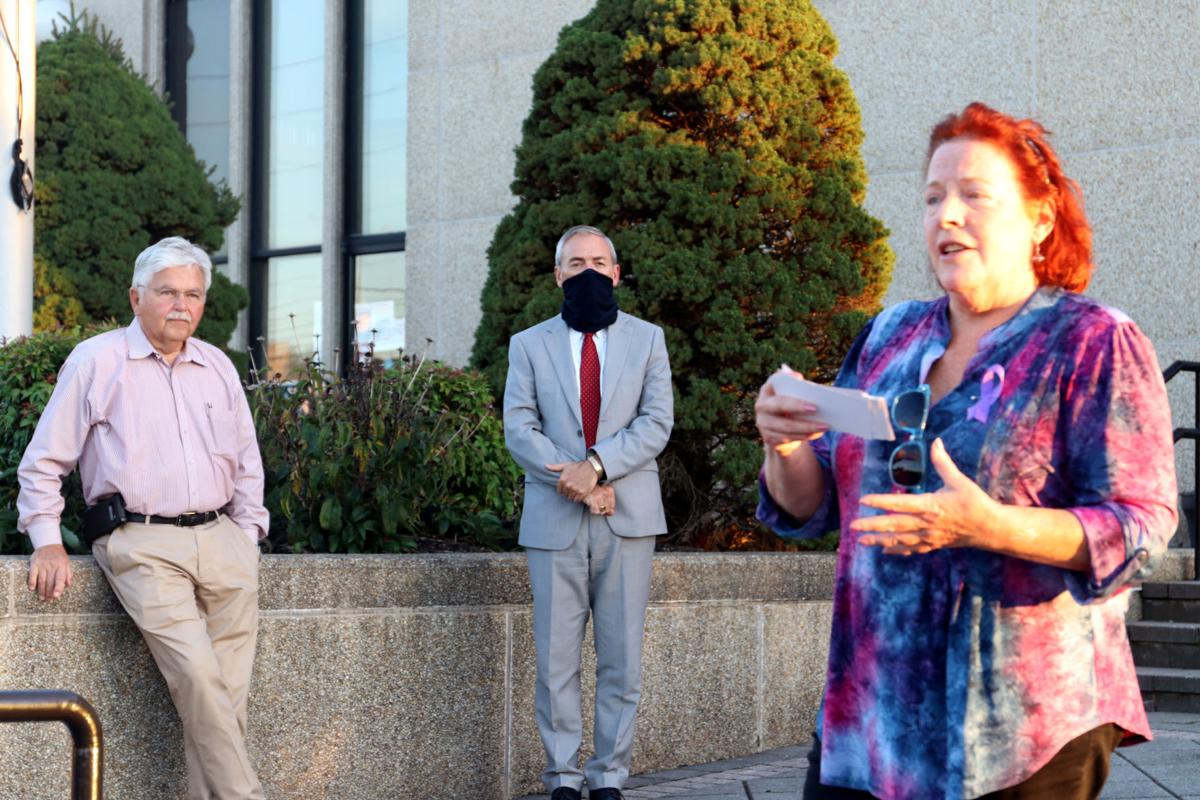 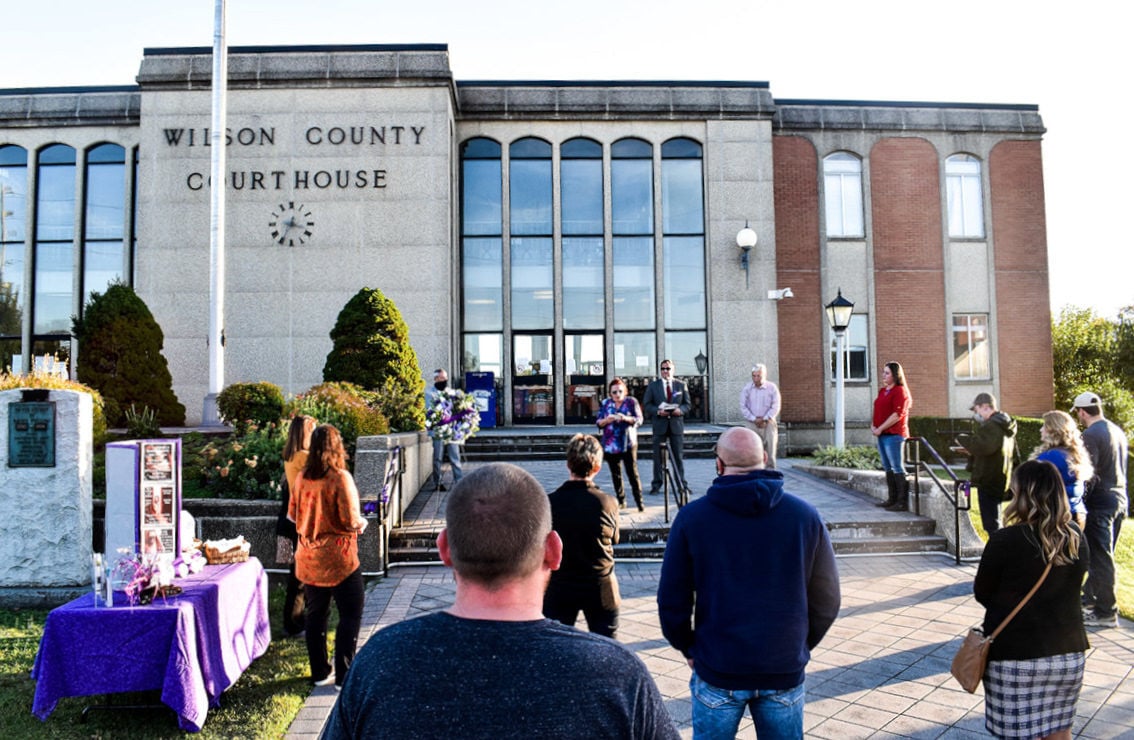 Assistant District Attorney Tom Swink has seen it all in his 15 years as a prosecutor, and domestic violence is one of the most common occurrences.

In the last fiscal year alone, nearly 750 domestic violence assaults were reported and charged in Wilson County. Swink and other members of the community joined for a vigil on Wednesday to raise awareness of resources survivors can use to protect themselves.

“Every day that they are in sessions, courts across this state deal with cases involving domestic abuse,” he said. “Cases range from screaming, pushing and shoving all the way to criminal homicide … last month in Wilson County Criminal Court I was involved in a jury trial. That trial involved an ex-husband who first stalked, then kidnapped and assaulted his ex-wife.”

With isolation brought on by COVID-19, many people are also finding themselves even more vulnerable to domestic abuse. The nonprofit organization HomeSafe has provided services like court advocacy and crisis intervention to Wilson County residents in those situations since 1990.

Melissa Corley, a member of HomeSafe’s board of directors, is also a survivor of domestic abuse and shared her personal experience during the vigil.

“There was a time where I did not feel safe in my own home, and that was isolating,” she said. “When I reached out to my community, I did not feel like I ever got to the right person at the right time and said the right things. And I don’t want anyone to ever feel like that, ever, ever again.”

Corley began volunteering with the organization last year and said it also works to raise awareness in the community. Some of those efforts involve training programs in local schools, churches and businesses aimed at helping people see warning signs of abuse.

“They don’t just provide the immediate need for the survivor, they also train our community how to deal with trauma and how to really recognize when something’s wrong,” she said. “And what a healthy relationship looks like.”

One of HomeSafe’s next goals is to provide in-service training programs for first responders across the county. So far, the organization’s Wilson County advocate Shannon Lynch has worked with the Lebanon Fire Department and 911 personnel.

“What I talk to them about is first of all, the basics of domestic violence 101,” she said. “So that they can spot if the woman is asked a question and she keeps looking at her husband, you know, ‘what should I answer?’ If she, the minute law enforcement comes, starts saying ‘no, no, no, it was a mistake, I didn’t mean to call, it was an accident, I did this myself.’ The whole excuse-making process.”

“If a woman is disassociating and law enforcement would possibly consider that uncooperative, advocates understand that is a trauma response,” Lynch said. “We can understand and explain to the responders that she just needs some time to get grounded and feel safe. They have a really hard job doing other stuff and although they get some of the training, it’s a Reader’s Digest condensed version. I want the chance to get in there and do in-service training with them so that they really understand.”

Creating a shelter in Wilson County is a more long-term goal for the organization. Lynch said previous local shelters closed due to a lack of community support.

“We’ve done it before so we can do it again, but the difference will be whether or not the community will continue to support us,” she said, noting that the organization currently uses its Sumner County shelter for Wilson County victims as needed. “We would like churches or civic groups or Bible study groups or knitting clubs to come on board and say we’re going to commit to $10 a month every month … that’s what we need to give us the confidence that we could do something like bring a shelter to Wilson County.”

In addition, HomeSafe uses its funding to buy items ranging from cell phones to paper towels for people fleeing an unsafe home environment and looking to regain independence.

“With everybody’s help, we can identify and advocate and speak on their behalf,” Hutto said. “Every situation that we correct is one situation that doesn’t continue, and I think that’s the way we can tackle this issue.”

HomeSafe, a nonprofit organization that advocates for victims of domestic abuse, offers a 24-hour emergency hotline for Wilson, Sumner and Robertson counties at 615-452-4315. Spanish speakers can call 615-969-3260, and non-emergency or business-related calls can be placed to HomeSafe's Lebanon office at 615-454-8149.

Those in immediate danger can also call 911 for assistance from local first responders.