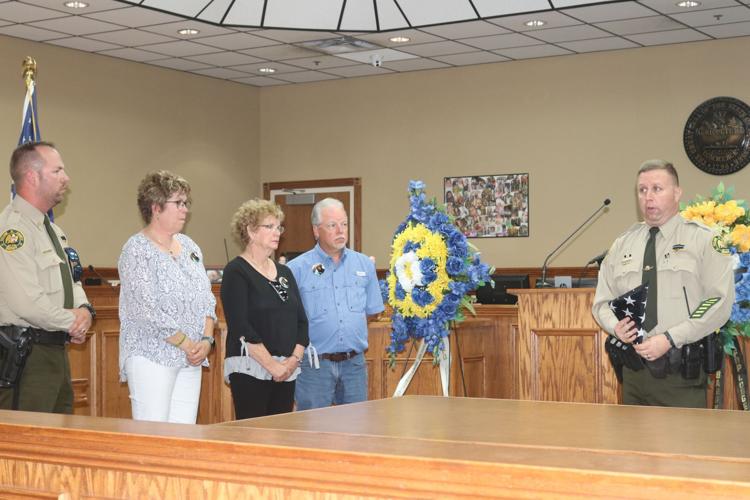 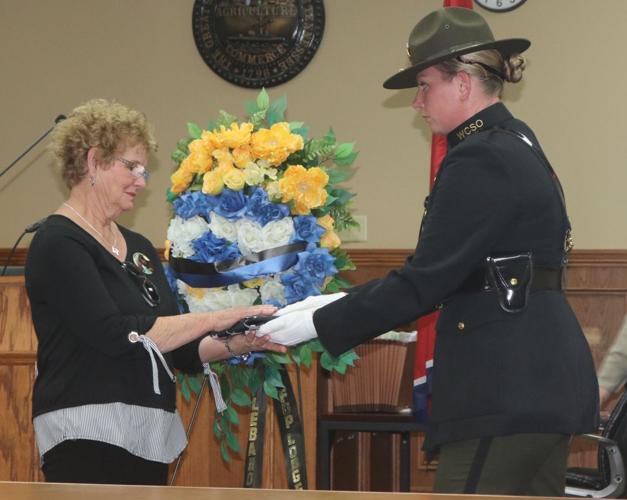 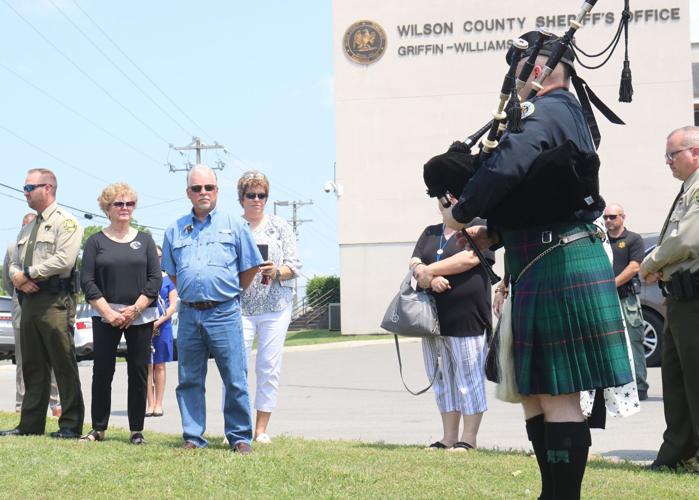 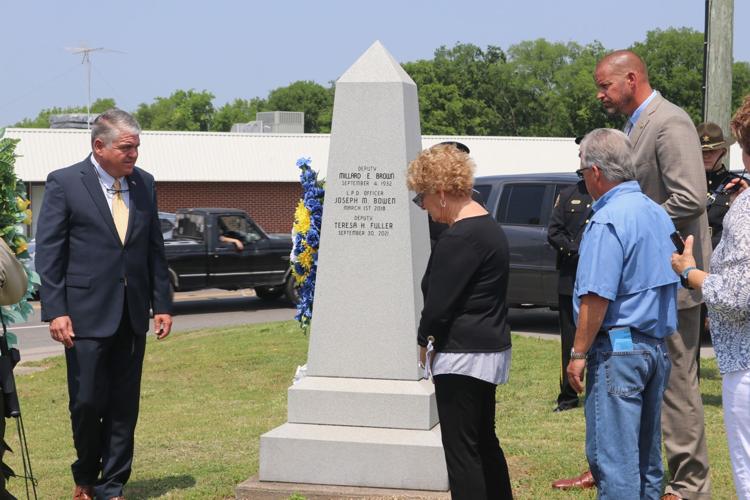 Later this month, many people will recognize Memorial Day, honoring the service men and women who fell in the line of duty.

May 15 serves a similar function, recognizing the sacrifice of law enforcement personnel.

Wilson County holds a ceremony every year to remember those who died in service, but this year, one loss was still fresh.

Deputy Teresa Fuller of the Wilson County Sheriff’s Office died last September of complications related to the coronavirus. She was 55.

Among the audience was Fuller’s mother Georgia Davenport. During the ceremony, she was the recipient of a folded American flag. The bereaved mother described the turnout of so many law enforcement personnel for the memorial ceremony as “awesome.”

“Everything has just been unbelievable really, between all the support and everything else they have done,” Davenport said.

Fuller’s twin sister, Tamara Felts, was also there and mentioned that since her sister’s passing, learning how her sister impacted the people that worked with her at Rutland Elementary and in the Wilson County Sheriff’s Office has been consoling.

“We’ve heard so many stories,” Felts said. “They have been uplifting stories about what she was like at school from the teachers and other staff.”

Sgt. David Willmore of the Lebanon Police Department has 25 years of law enforcement experience. He’s helped organize many of those memorial events in his time on the force.

“It’s humbling, and hard to put into words,” Willmore said of memorializing deceased colleagues. “You are honoring fallen officers, but they were people that we knew. One of the names that was read off by our chief (Justice), I worked with. I knew Teresa. Hearing that name, it was very personal.”

Willmore insists that the ceremonies have a very impactful message for fellow law enforcement as well as family members.

“We want the family to know we still remember them and remember their fight,” Willmore said. “We remember what they stood for and what they wanted to do in our community.”

Willmore concedes that the element of danger is part of the job for law enforcement.

“Last year, there were (more than) 600 officers who died in the line of duty,” Willmore said. “This year, to date, we have already had more than 100. While a lot of those could be COVID-related, that covers things like automobile accidents and gunshots too.”

According to the Officer Down Memorial Page, 105 law enforcement officers have died in the line of duty since the beginning of 2022. Deaths linked to COVID-19 represent 55 of those fatalities. Gunfire is the second-leading cause of death with 19 counts. Automobile accidents have accounted for 10.