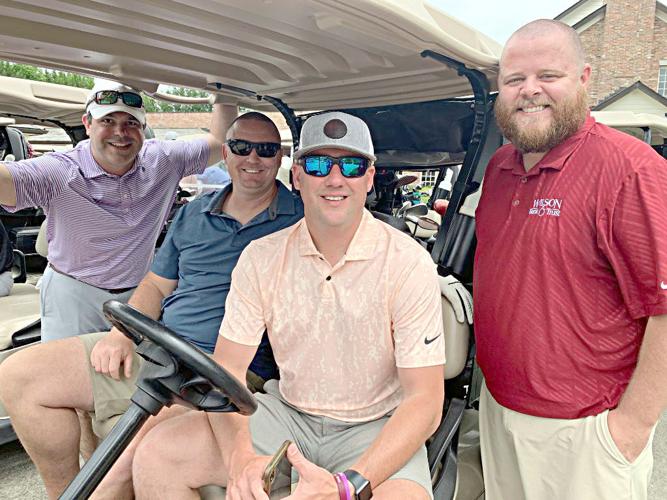 Wilson Bank & Trust was the title sponsor of the Rotary Club of Lebanon Foundation Golf Tournament and was represented by the team of (from left) Brandon Martin, Adam Tomlinson, Curt Baker, and John Presley. 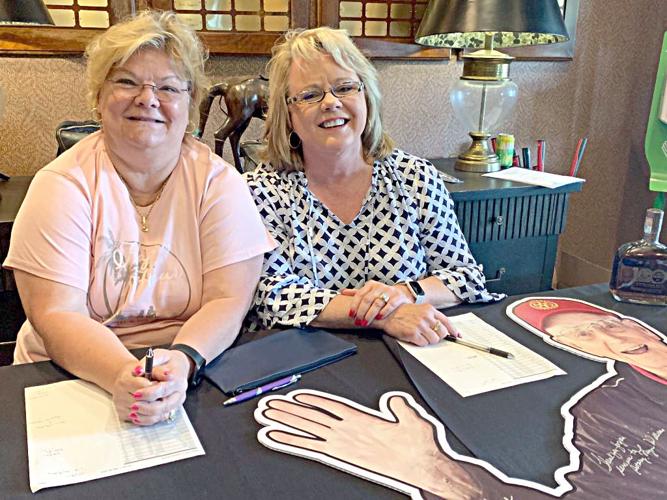 Wilson Bank & Trust was the title sponsor of the Rotary Club of Lebanon Foundation Golf Tournament and was represented by the team of (from left) Brandon Martin, Adam Tomlinson, Curt Baker, and John Presley.

The Rotary Club of Lebanon Foundation Golf Tournament was held on May 9 at the Tennessee Grasslands Golf and Country Club in Gallatin and was the largest in the event’s 33-year history.

The tournament drew more than 35 teams and 30 sponsors and was the first time the Rotary Club actively partnered with a specific non-profit organization during its golf event. The Rotary Club of Lebanon Foundation and Wilson Rides both will benefit financially from the tournament’s success.

Now, in its 101st year of serving Lebanon, the Lebanon Noon Rotary Club raises funding to support a variety of needs in the community and provides volunteers when needed. The annual golf tournament is one of the ways the club’s foundation generates funding to help local non-profits and schools.

Rotary members John Pope and Gaye Lynn Wilson served as tournament co-chairs and were joined by volunteers from both the Lebanon and Mount Juliet noon Rotary clubs.

“Our Rotary Club has grown, and we have an army of volunteers today,” Pope said. “Having the extra help makes a big difference. Moving the tournament out of Wilson County was not an easy decision, but most of our golfers have never played this course before, and they are excited about the opportunity.”

Established in 2020, Wilson Rides was created to preserve the quality of life and foster a connected community for older adults in Wilson County by providing safe transportation to local destinations.

Wilson was hired as the organization’s first executive director in February of 2021. Knowing that the new organization needed a fundraiser, Wilson began speaking with Pope last year about the possibility of combining resources to grow the tournament.

“Working together has brought a renewed source of energy to the tournament,” Wilson said. “I am excited about the turnout today, and 140 people (golfers) now know more about Wilson Rides than before. I have enjoyed doing this because it allows me to still be involved in sports, grow Wilson Rides, and give back to the community.”

Rotary Club President Jeff Hall added, “It’s a beautiful day at the Grasslands to play golf and raise funds for our club’s Foundation. Every dollar raised will be a direct benefit to our community.”

Plans are already underway for next year’s tournament.

The Rotary Club of Lebanon is a group of leaders in Wilson County who meet weekly to exchange ideas and take action, making a difference in the community. Meetings are held at Lebanon First United Methodist Church every Tuesday at noon. The club celebrated its 100th year of service in 2021.