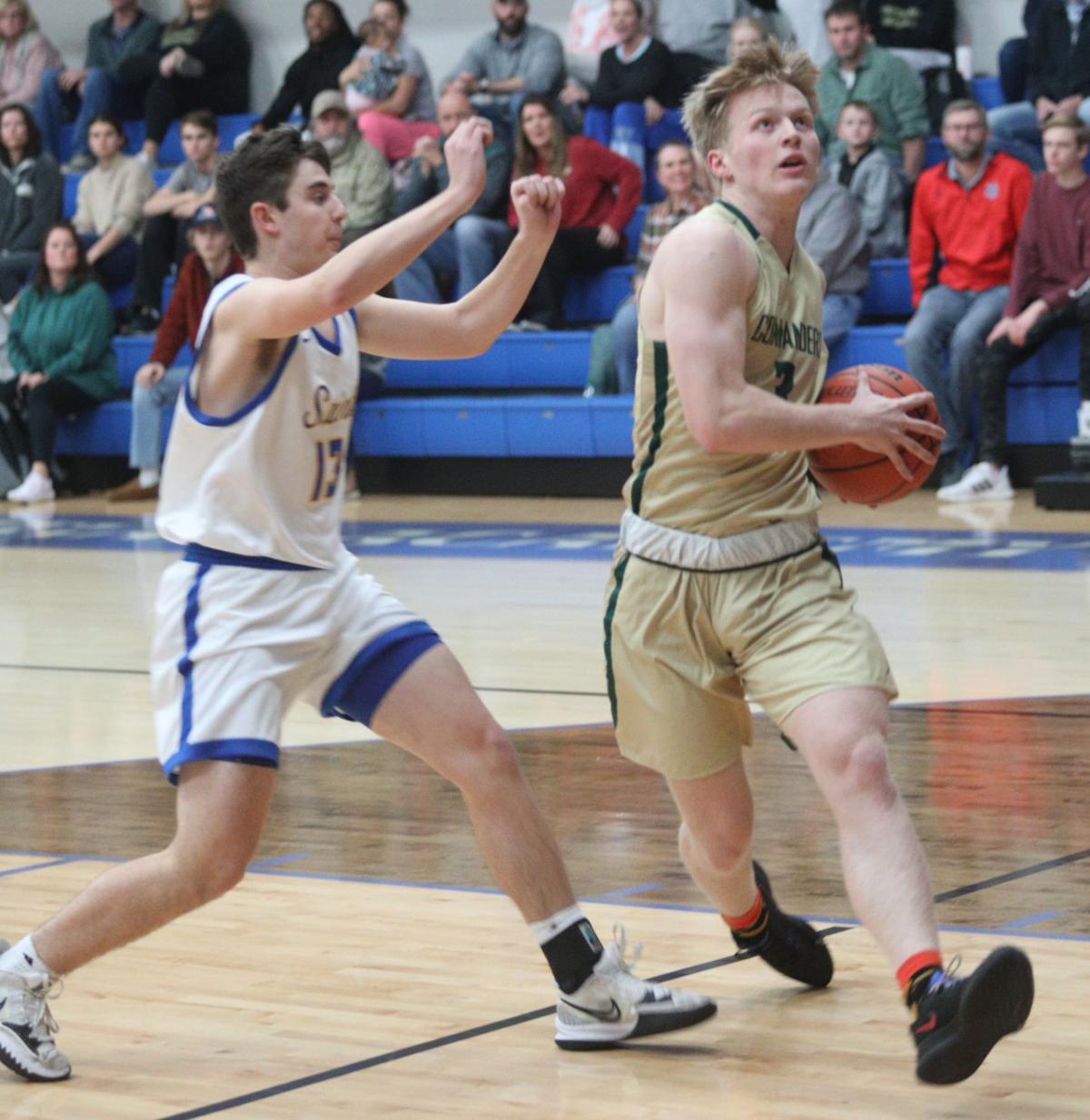 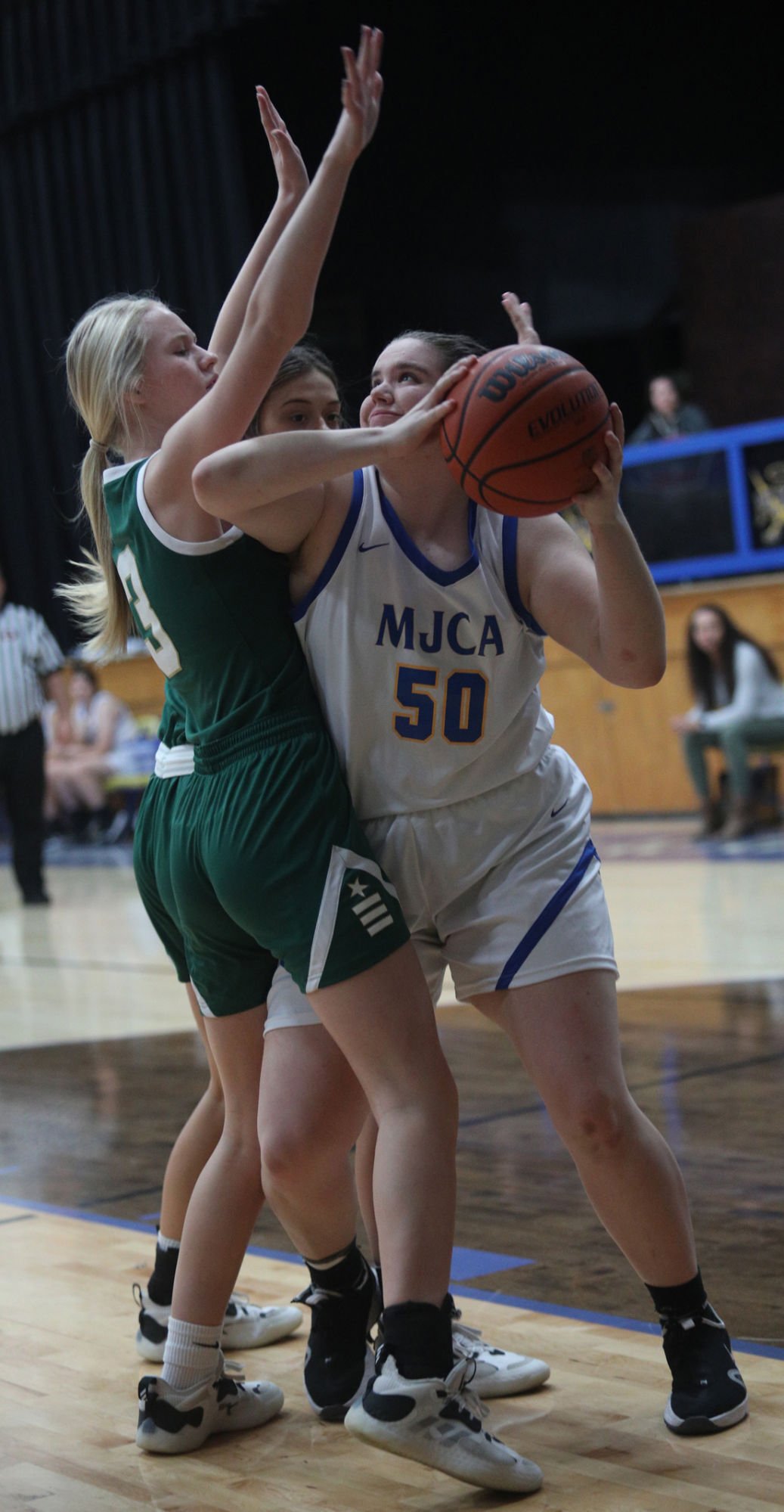 MT. JULIET — Mt. Juliet Christian’s boys battled Friendship Christian tooth-and-nail for the first five minutes or so until the No. 5 Commanders closed the first quarter with a run which never ended in a 71-33 victory Thursday night.

Friendship opened a 20-11 lead late in the opening quarter before Chase Smith concluded his six-point period with a basket to make it 20-13 eight minutes in.

“We got into a little bit of a slow start,” Commander coach Jeff Long said. “They did some things to disrupt some things. They were battling and playing hard. Leon (Love) is doing a good job with his kids. Kind of took us out of what we wanted to do early. But our kids fought back, got some scores off the bench. A couple of guys really stepped up. We started to speed them up and cause some turnovers.”

Love, a longtime Watertown assistant and former Lebanon High star in his first season at MJCA, saw his Saints slip to 2-9.

“Intensity on defense,” Love said of the Commanders’ run. “They do a great job of playing good, aggressive defense and got a few turnovers there. They hit a couple of open shots. Once they got that lead, it started building from there.”

With the lead building, Long, also in his first year at FCS after serving as Michael Teeter’s assistant at Wilson Central, was able to get production from just about everybody on his roster with the Commanders set to go to Clarksville Academy last night in a battle of District 4-IIA unbeatens. Colby Jones connected on four 3-pointers for his 12 points while Hayden Potts put in 10, Max Duckwiler and Charley Carpenter seven apiece, Casey Jones and Dillon Turner six each, Kaelin Horton five, Riggs Rowe and Noah Major four apiece, La’Quarrius Talley and Zak Young three each and Knox Hayslip and Tate Tidwell two apiece.

Friendship, which has beaten two of the teams — Goodpasture and Davidson Academy — ranked ahead of it in the AP poll, ended any upset hopes of the Saints, who are still seeking their first district win.

“Our kids know that we’re going to get everybody’s best shot,” said Long, who will follow their trip to Clarksville Academy with a home game Tuesday night against Nashville Christian. “And that’s something our kids are ready to take that next step for. We’re trusting our culture and what we’re building our foundation upon and teamwork together and toughness. We know whoever we’re going to go out and play, we’re going to go out and play hard and we’re preparing for everyone’s best shot. We’re excited for that challenge.”

Lady Commander coach Chelsey Loveless, with just six players available (a seventh was sidelined by an injury), saw her team score the game’s first 17 points and never look back in improving to 3-9 for the season.

Mt. Juliet Christian coach Michala Hash had just seven players at her disposal. Bri Christensen led the Lady Saints with nine points while her sister Chelsey collected a free throw for the other tally as MJCA fell to 4-7.

Both teams were on the road last night — Friendship at Clarksville Academy and Mt. Juliet Christian at Ezell-Harding. Both will be at home at 6 p.m. Tuesday — Nashville Christian at FCS and Davidson Academy at MJCA.