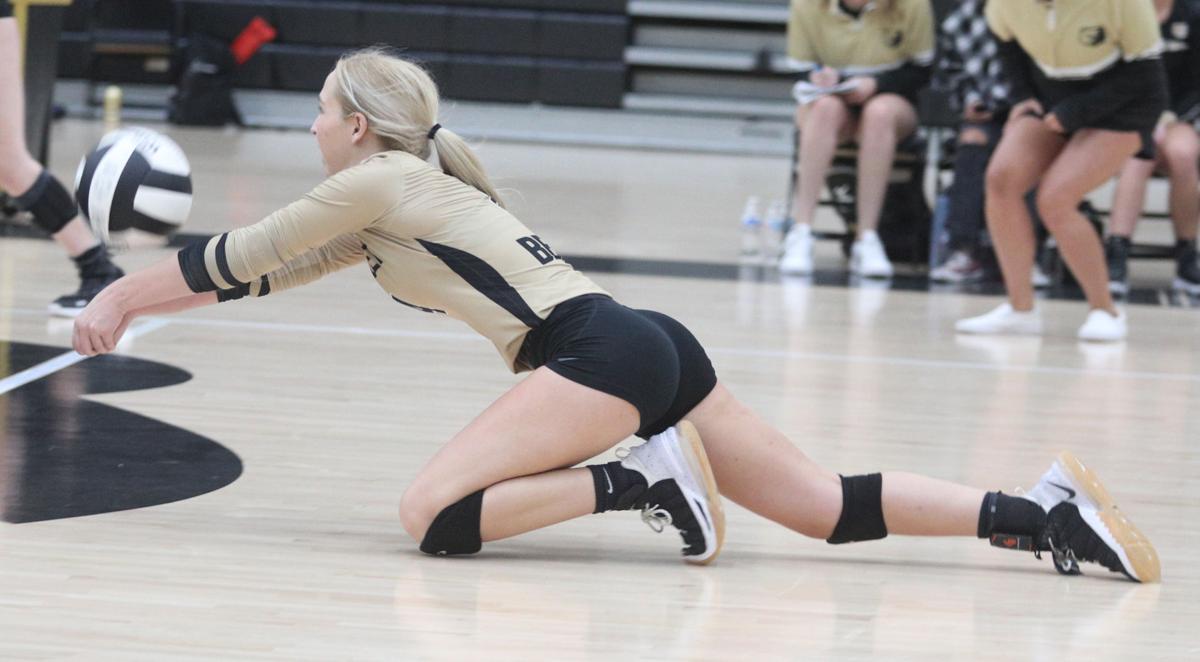 Mt. Juliet libero Morgan Snead goes to the floor for a Game 5 dig. 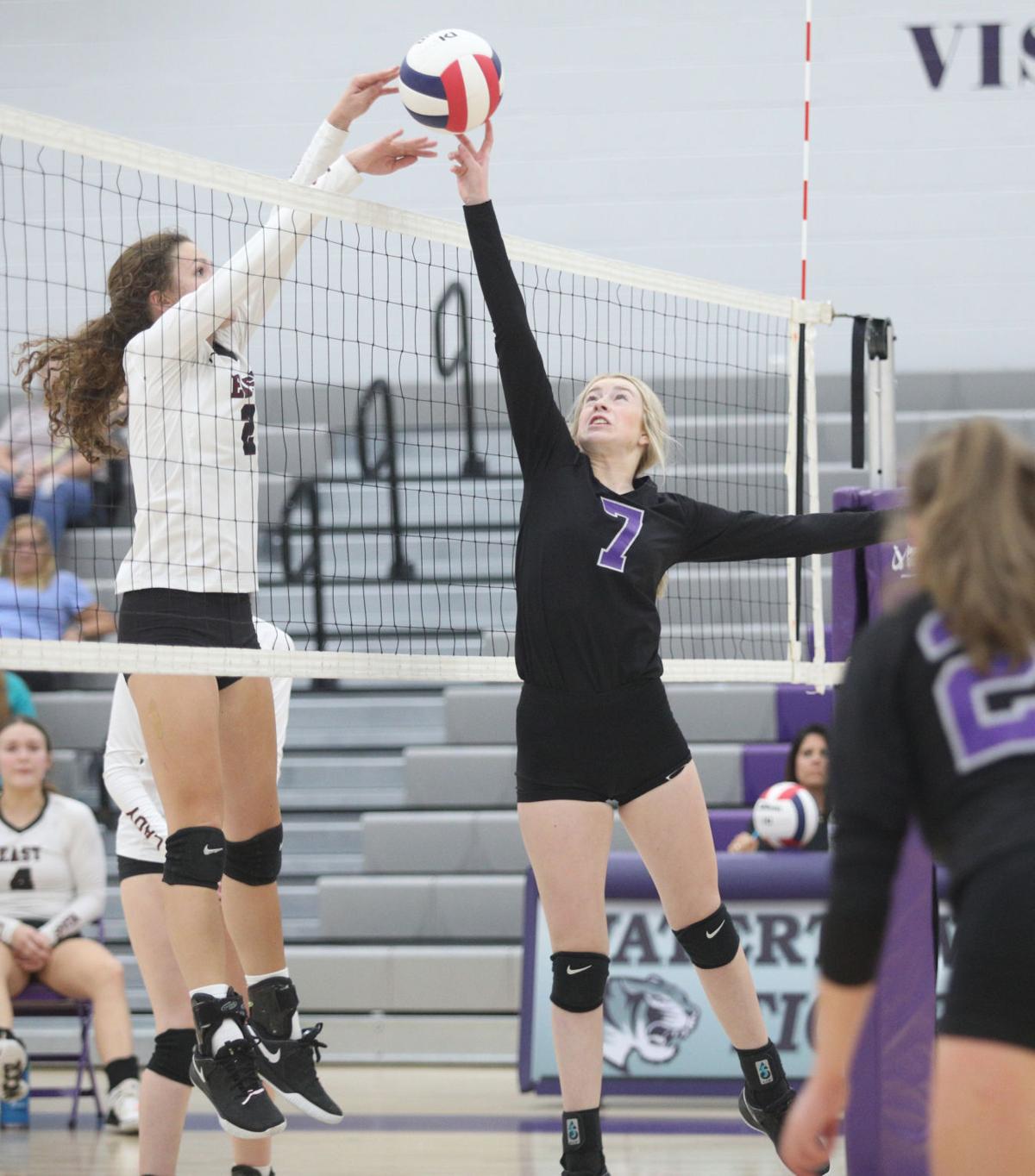 Watertown’s Makenzie McElroy (7) tips the ball over during Game 3 against East Robertson. 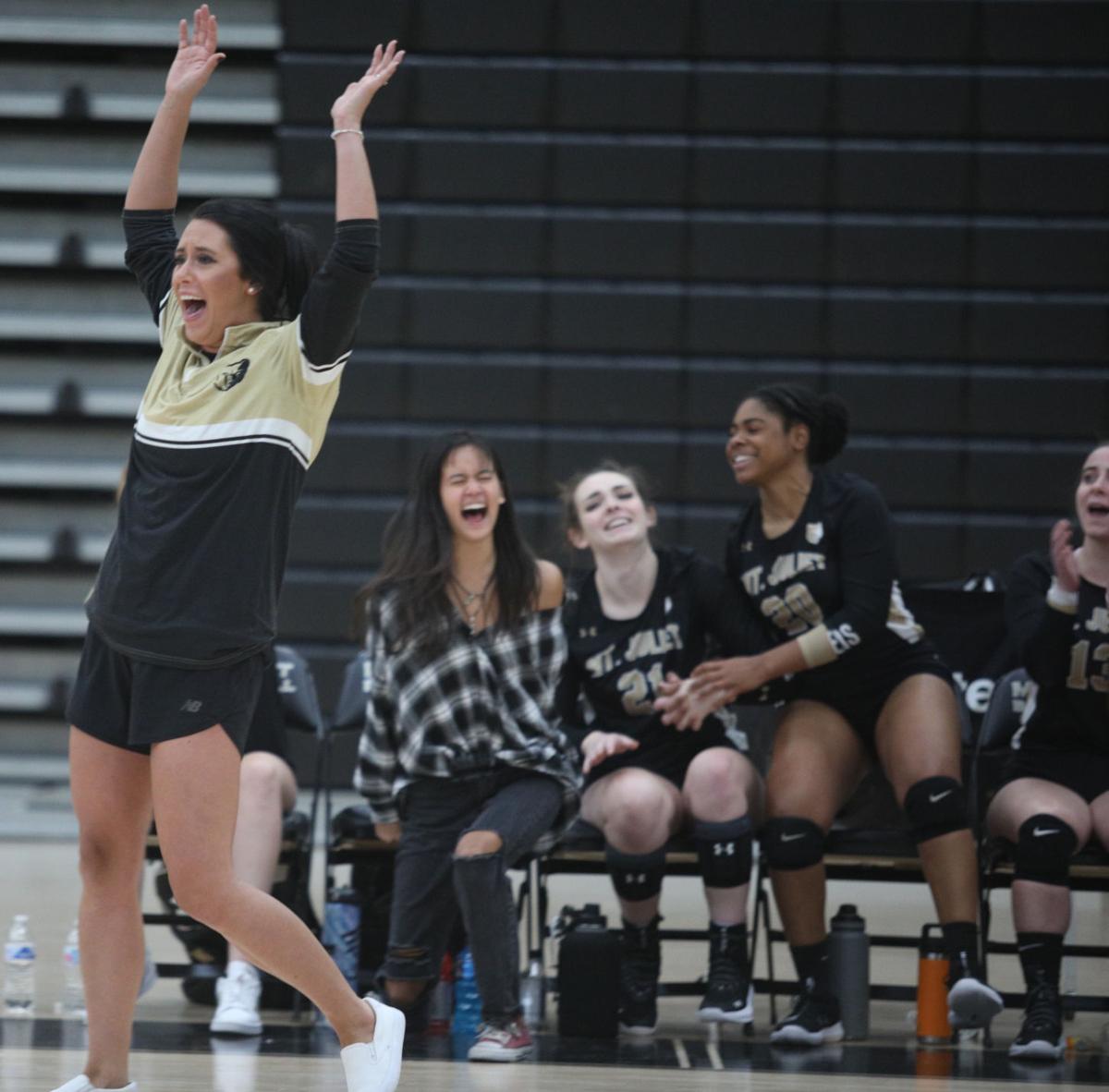 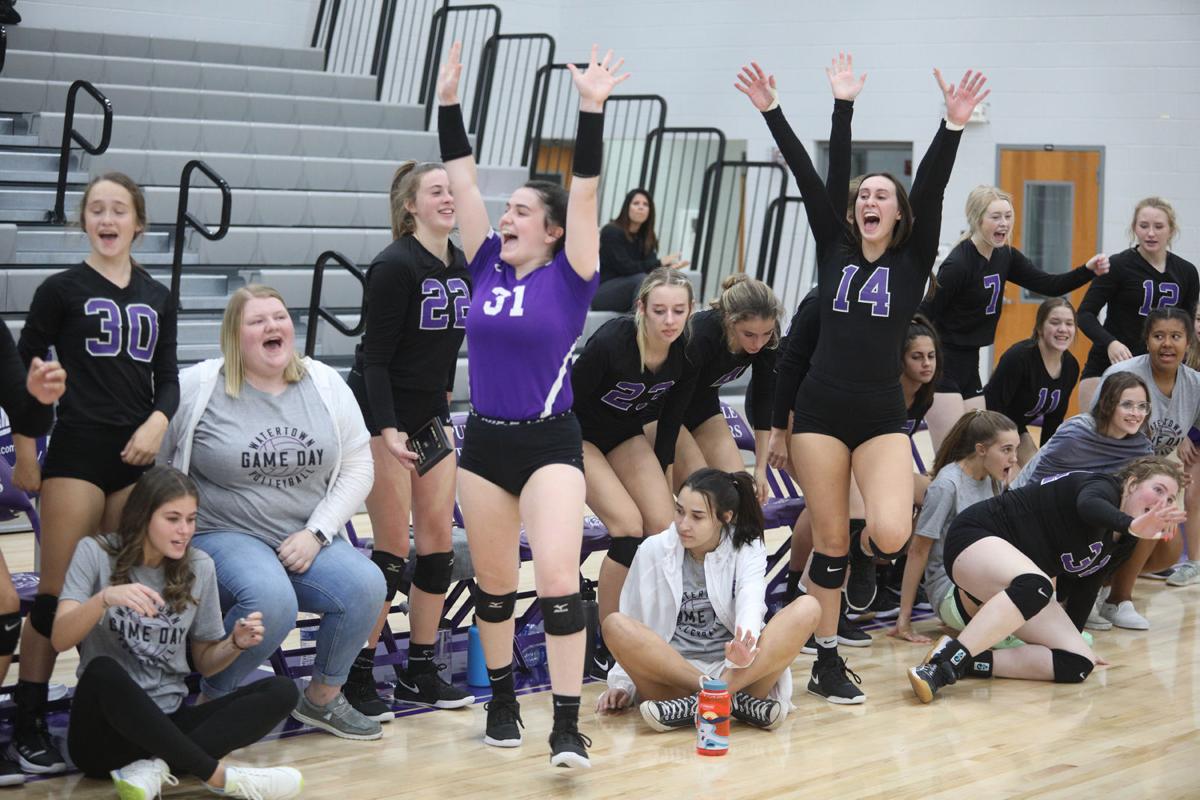 Watertown’s players erupt in celebration as the Lady Purple Tigers are announced as Region 4-A volleyball champions.

Mt. Juliet libero Morgan Snead goes to the floor for a Game 5 dig.

Watertown’s Makenzie McElroy (7) tips the ball over during Game 3 against East Robertson.

Watertown’s players erupt in celebration as the Lady Purple Tigers are announced as Region 4-A volleyball champions.

WATERTOWN — A new coach is on the bench, but Watertown’s winning ways continued Tuesday night when the Lady Purple Tigers took another region championship, capturing the Region 4-A title with a pair of 3-0 victories.

“Great ball team,” Watertown coach Stephanie Harman said of East Robertson. “We knew that they would probably be the best competition we’ve seen so far. But I think we handled it well. We did not lose composure, like the third game when we were down, they kept their composure and fought their way back. They’ve done that most of the year.”

“She stepped up tonight, that’s why she was our MVP,” Harman said. “She never wavers. She’s always solid, as solid as can be.”

Watertown will bring a 33-11 mark into today’s 7 p.m. sectional against visiting Eagleville as they seek a fifth straight trip to state. The previous four trips came under founding coach Brandy Holcomb, who founded the program in 2006 and stepped down following last season to take a position in Wilson County Schools’ central office.

Harman, who like Holcomb is a Cumberland graduate, played for the then-Lady Bulldogs before serving two stints as Lebanon’s coach, was hired to keep the train moving.

“A lot of pressure for the coaching staff just because they have had that run,” Harman said. “But every team’s different. Our girls are not the same team that they had last year. And the teams they’re playing are not the same teams. We try to look at it as we are for us and we are going to continue to build. But we are not going to rely on what they had done in the past.

“That’s why, the schedule, I made it a lot harder this year. We’ve played Green Hill, we’ve played Cookeville, we’ve played Wilson Central, trying to get them ready for when they go to state to see some of these tougher teams.”

While many of the Lady Tigers have been down this road before, so had Harman in 2001 when she coached Lebanon to the Devilettes’ only state tournament appearance.

“Twenty years, but great feeling to be getting to sectionals and hopefully getting back to state,” Harman said.

East Robertson, now faced with a trip to Sale Creek tonight, led at 17 points in each of the three games before the Lady Tigers made their runs. The Lady Indians made a last stand in Game 3, jumping to a 4-0 lead and leading as much as 16-8 before Watertown rallied.

Sale Creek, like Watertown, has become a regular in Murfreesboro during state tournament week in recent years, finishing third last season. Eagleville also has a rich history in the sport with seven state appearances, though none since 2015.

“We wanted this one by all means because you get the (Region 3) runner up, you get homecourt advantage where you’re used to playing,” Harman said. “I did not want to go to Chattanooga.”

Joining Tunks on the all-tournament team were Brown and Parkerson.

Seeded fifth going into last week’s District 7-AAA tournament, Mt. Juliet made a homecourt stand and won the championship. The Lady Bears made a strong bid to keep the mojo going by going up 2-1. But Oakland scored the first six points of Game 4 and never looked back. Game 5 was tooth and nail until the Lady Patriots pulled away late.

“For us, it was important that we grew the entire season,” second-year Mt. Juliet coach Nikki Fosnes said. “It really showed in our games last week. Unfortunately, today we just didn’t come ready to play.

“But anything after our regular season has just been extra time we got to spend playing volleyball again that we all love. It was exciting to watch them.”

“We have a pretty young team so I’m excited for next season,” Fosnes said.