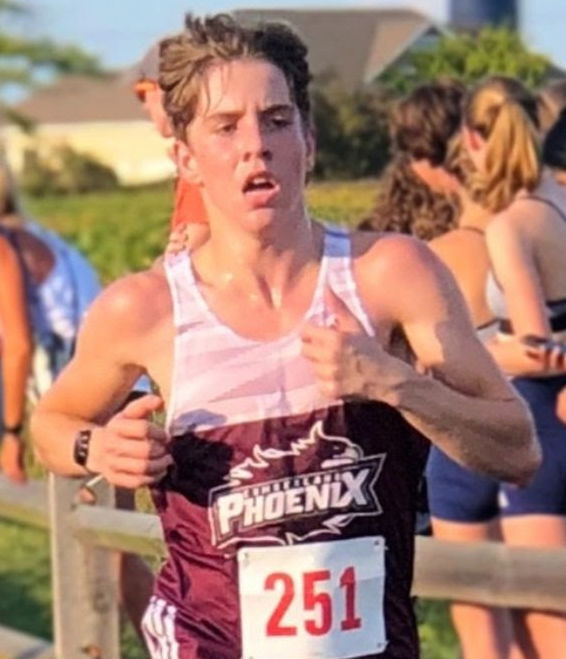 Ethan Rhoden led the Cumberland delegation in the men's race with a 30th-place finish. 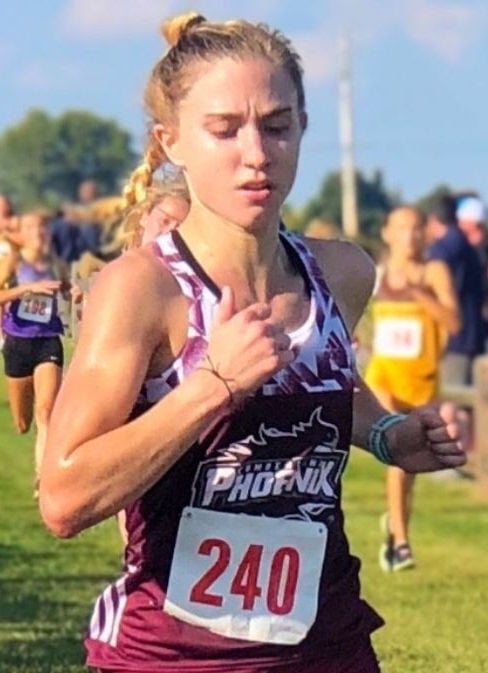 Above left: Elise Krone led Cumberland’s runners with a 22nd-place finish. Above right: Ethan Rhoden led the Cumberland delegation in the men’s race with a 30th-place finish.

Ethan Rhoden led the Cumberland delegation in the men's race with a 30th-place finish.

Above left: Elise Krone led Cumberland’s runners with a 22nd-place finish. Above right: Ethan Rhoden led the Cumberland delegation in the men’s race with a 30th-place finish.

Cumberland finished ahead of No. 5-ranked Indiana Wesleyan, which took 10th place at the event. No. 1 St. Francis won the event while No. 3 Cornerstone finished in second. Host and No. 2 Taylor University claimed third place and No. 10 Huntington was fourth. Grace is receiving votes in the poll and finished in fifth place.

Last week’s Mid-South Conference Runner of the Week Elise Krone continues to have a fast start to her season as she was the first Phoenix to finish. Krone ran the 5K in 19:41.5 to claim 22nd individually.

10 spots behind her was Sasha Petrova in 32nd. Petrova ran it in 20:02.2 and Lebanon’s India Mastin came in three seconds later for 34th place.

Freshman Hope Britt came in at 20:47.3 for 52nd and running in her first collegiate race was Sharon Jerop who finished right after Britt for 53rd. Daniela Rivera claimed 60th with a time of 20:57.9.

The team all finished within one minute and 16 seconds of each other to put up a strong showing at the race.

Shelby Christman from Huntington won the race with a time of 18:10.9.

The Phoenix will compete next at the ‘Live in Lou’ Louisville Cross Country Classic on October 2.

Ethan Rhoden was the lead runner for the Phoenix posting a 30th-place finish. Rhoden posted a 27:44.0 in the race.

Sophomore Denis Kipligat finished just behind Rhoden in 34th with a time of 27:51.4. Aidan Crocket crossed the finish line one minute behind Kipligat for 52nd place.

Wilson Central-graduate Joel Barlow came in at 59th with a 29:01.9 time and Luke Freeman finished eight spots behind him in 67th with a time of 29:12.5. Andrew Cullins was the last Cumberland racer to finish with a time of 31:21.2.

Derek Van Pooryen from Taylor University won the event with a time of 25:31.3, one-tenth of a second faster than his teammate Daniel Gerber who finished in second place.

The Phoenix will compete next at the ‘Live in Lou’ Louisville Cross Country Classic on October 2.