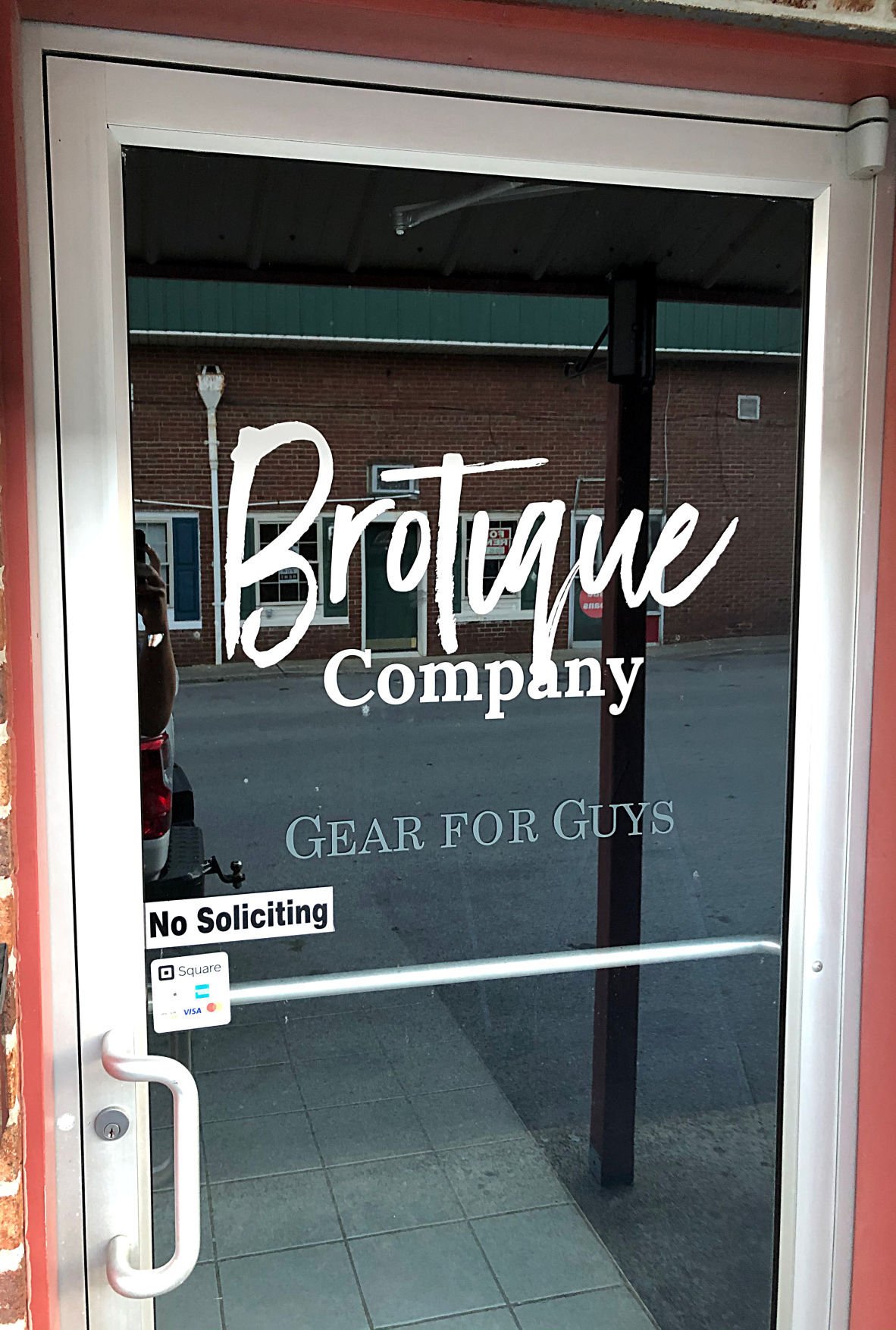 Lafayette’s Brotique Company — a men’s clothing store — will be open six days per week and closed on Sunday. 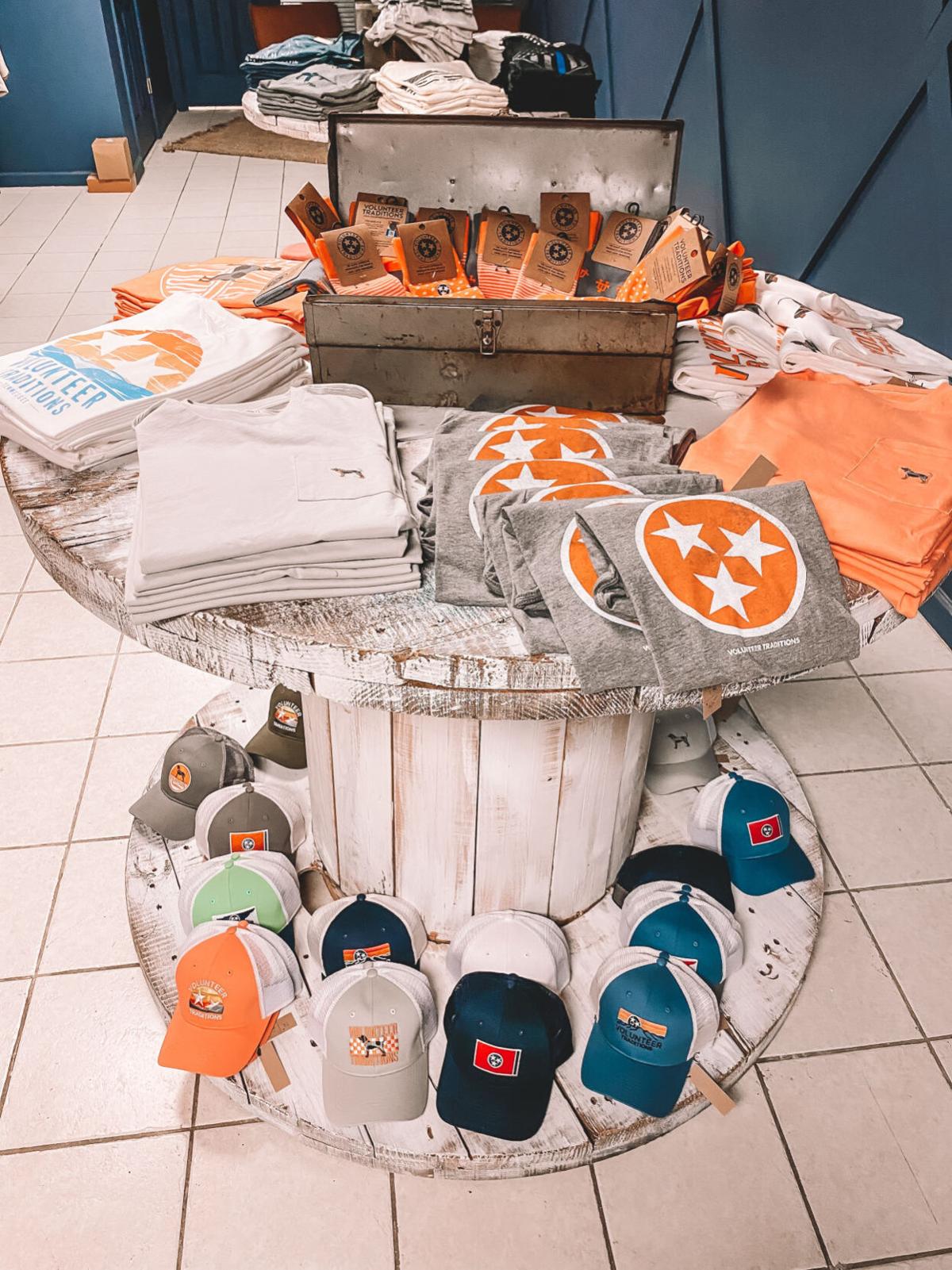 Brotique Company — a men’s clothing store — will open this Saturday in Lafayette. 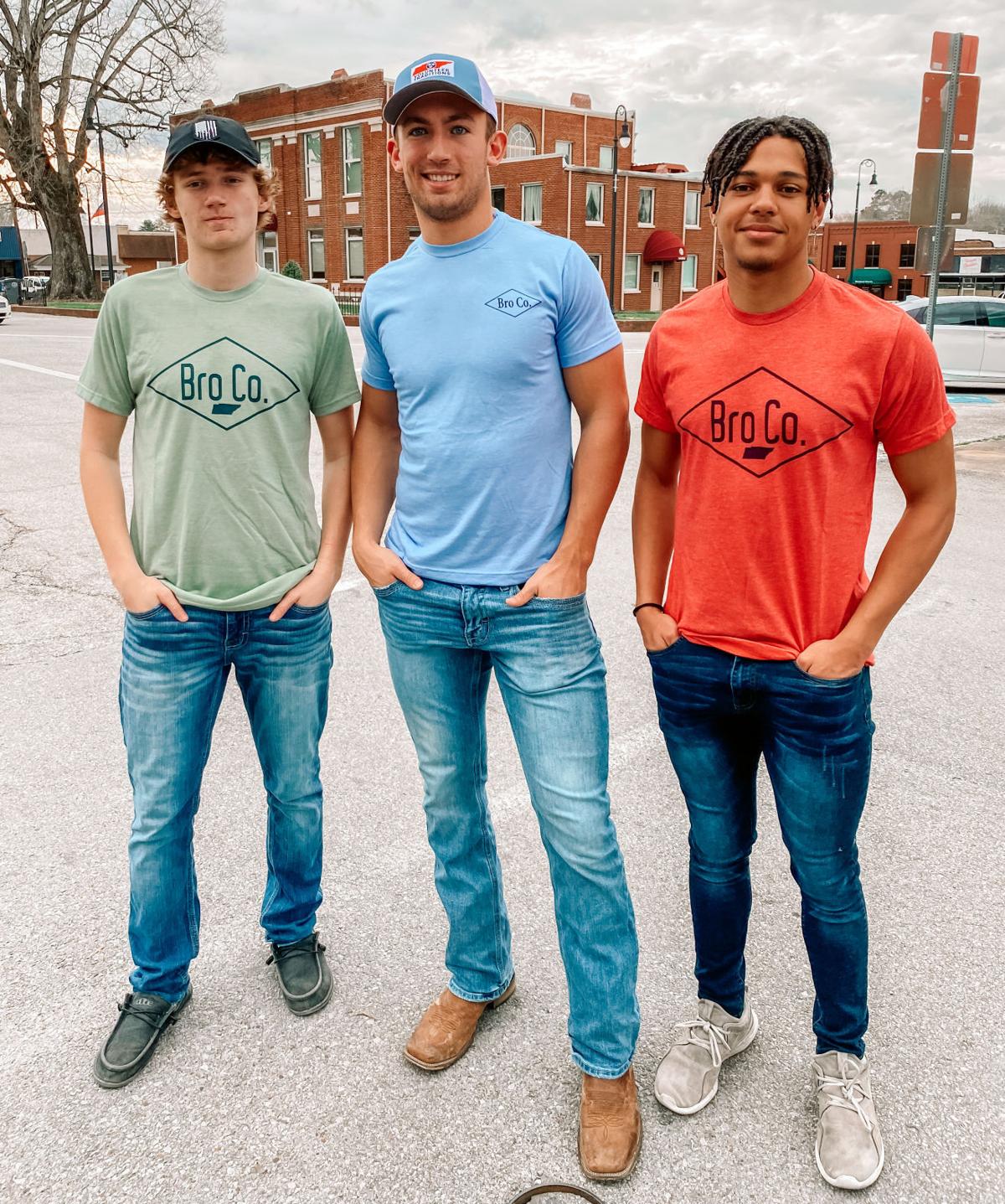 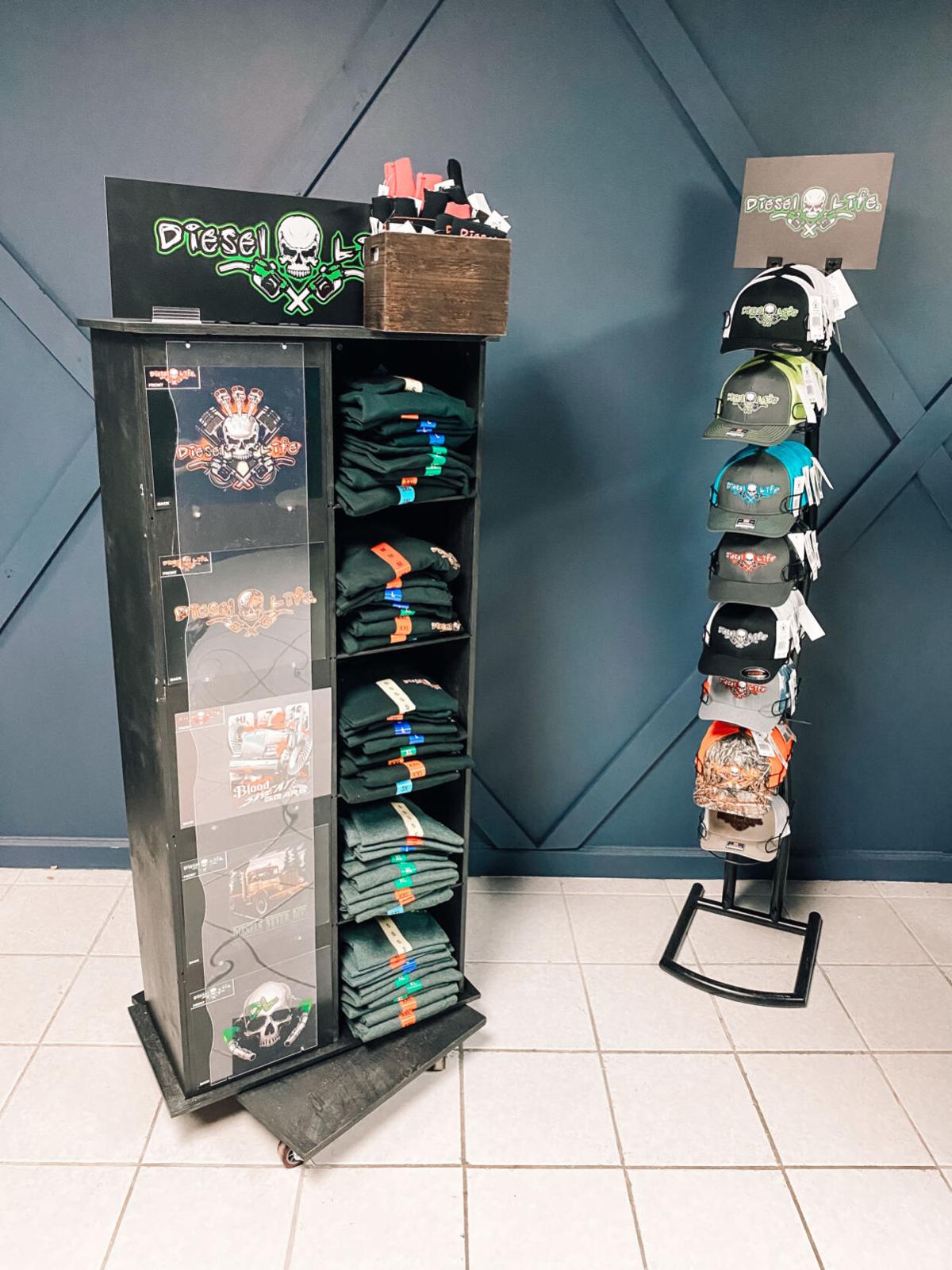 Lafayette’s Brotique Company — a men’s clothing store — will be open six days per week and closed on Sunday.

Brotique Company — a men’s clothing store — will open this Saturday in Lafayette.

They don’t have a lot in common.

Yet, the tandem believes they complement each other well.

They have joined forces and will open the doors of Brotique Company to customers this Saturday.

“I just love this town,” Wix said. “I’ve had options to go other places. After college, I did move out to Phoenix (Arizona) for a year. I made it about four months before I realized I need to get back here. I knew I wanted to be here.

Dixon is the owner and operator of Lafayette’s 615 on the Square, a Lafayette clothing boutique that primarily caters to females.

Dixon and Wix interacted last year as Dixon contacted Wix about building a web site for her store.

“I just don’t know retail, but last year, I had someone approach me about building a web site,” Wix said. “So, I built one. The next thing you know, I’m a web-site guy.

“Last fall, Allie reached out to me about building a web site for her. My daughter and wife go to her shop every Friday. It’s like a treat for my daughter.”

Dixon added, “His wife and daughter have always shopped in here. He was building me a web site. He asked if I ever had any interest in opening a guy’s store. I would never do it myself, because I’m so busy here. Around the first of year, we got together. He approached me from there. It’s something he’s wanted for a long time, to do something like this. It’s limited for guys to shop around here,”

Wix noticed a discrepancy between clothing options for men and women in the area.

“A couple of years, I was just getting a little burned out,” Wix — who works as an information technology (IT) director — said. “I thought, ‘There has to be something else I can do.’

“I reached out to the Biz Foundry in Cookeville (an Upper Cumberland-based group of previous business owners who provide assistance for small businesses). Megan Choate sent me a report of what people are buying when they leave Macon County. No. 1 on the list is liquor. No. 2 was restaurants. No. 3 was clothing. I started looking around and saw that there’s all these cool boutiques for women. It dawned on me … men’s clothing ... there’s a void there.”

Wix was intrigued with the success that Dixon has enjoyed at her boutique.

“I thought, ‘There’s something she’s doing right,’ so I called her up,” Wix said. “We never did get her web site built. We caught up with Christmas. I told her, ‘Hey, call me when things settle down after the first of the year.’ She called me. I told her that I had an idea for Brotique. My goal is to take what she’s done for 615 and duplicate that at Brotique.

“I’m trusting Allie, and she’s taking a big leap of faith with me. Allie is going to have her 615. It’s 100-% her’s. She’s been great to work with. She’s going to have her job. I’m still going to have my day job. I do want to give people an opportunity to work, some of these younger kids. I want to get good people in there, get them trained up and help them.”

However, Dixon admits that it’s somewhat different in dealing with men’s apparel.

“This is going to be a new process for me,” Dixon said. “It is totally different. Where you get women’s clothing for a boutique, you don’t get men’s clothing. It will start out slow, and we’ll venture out.

“It will probably be more trendy, casual wear. We have Volunteer Tradition. We have Diesel Life. We have Wranglers, so we’ll have their designer jeans and some of their polos as well. We have Grunt Style. It will mainly be a variety, but more trendy, casual, everyday wear.”

Brotique — which will be located less than half a mile from 615 on the Square (at 108A East Locust St.) — is opening less than four months after the co-owners agreed to take the leap.

“She’s been great to work with,” Wix said. “We’ve gotten to know each other. I think we kind of offset each other as far as strengths.

“It’s happened quick. It’s been great for people to come together like this.”

Brotique will be open six days per week and closed on Sunday.

“It’s 95-% excitement and five-% nervous,” Wix said. “Everything we’ve done so far has gone so well. We think we’ve done everything right. We’ve done our research. We think there’s a place for this in the market.

“We’re going in with the understanding that in the first year, we might not be profitable. We just have to be open to learn every day from our customers.”

Dixon added, “I think there’s more excitement. We’ve already had such positive feedback. People are telling me this is what we needed. We’ve needed this for so long. It makes it a lot less stressful.”

Dixon is additionally confident based on how she’s seen the community support 615 on the Square.

“That’s something I’ve realized in this process … we have a supportive community,” Dixon said. “It’s crazy to me how supportive they’ve been.

“Obviously, what grew my business was when COVID hit, we started doing live videos. We have people who come from Smith County, Bowling Green, Tompkinsville, Sumner County, Portland, White House, Westmoreland. We have people from everywhere. That gives me a better feel about it.”

In addition to clothing and shoes, Brotique will also carry watches, sunglasses, fragrances and hats.

It will even carry its own line of clothing, including Bro Co. T-shirts (designed by Tennessee Tech University senior and graphic designer Molly Perry).

“We want to have the popular brands that people want at a good price … that’s what we want,” Wix said.

There will be a ribbon cutting held at Saturday’s grand opening, which will feature a musical performance by Tanner Lowhorn.