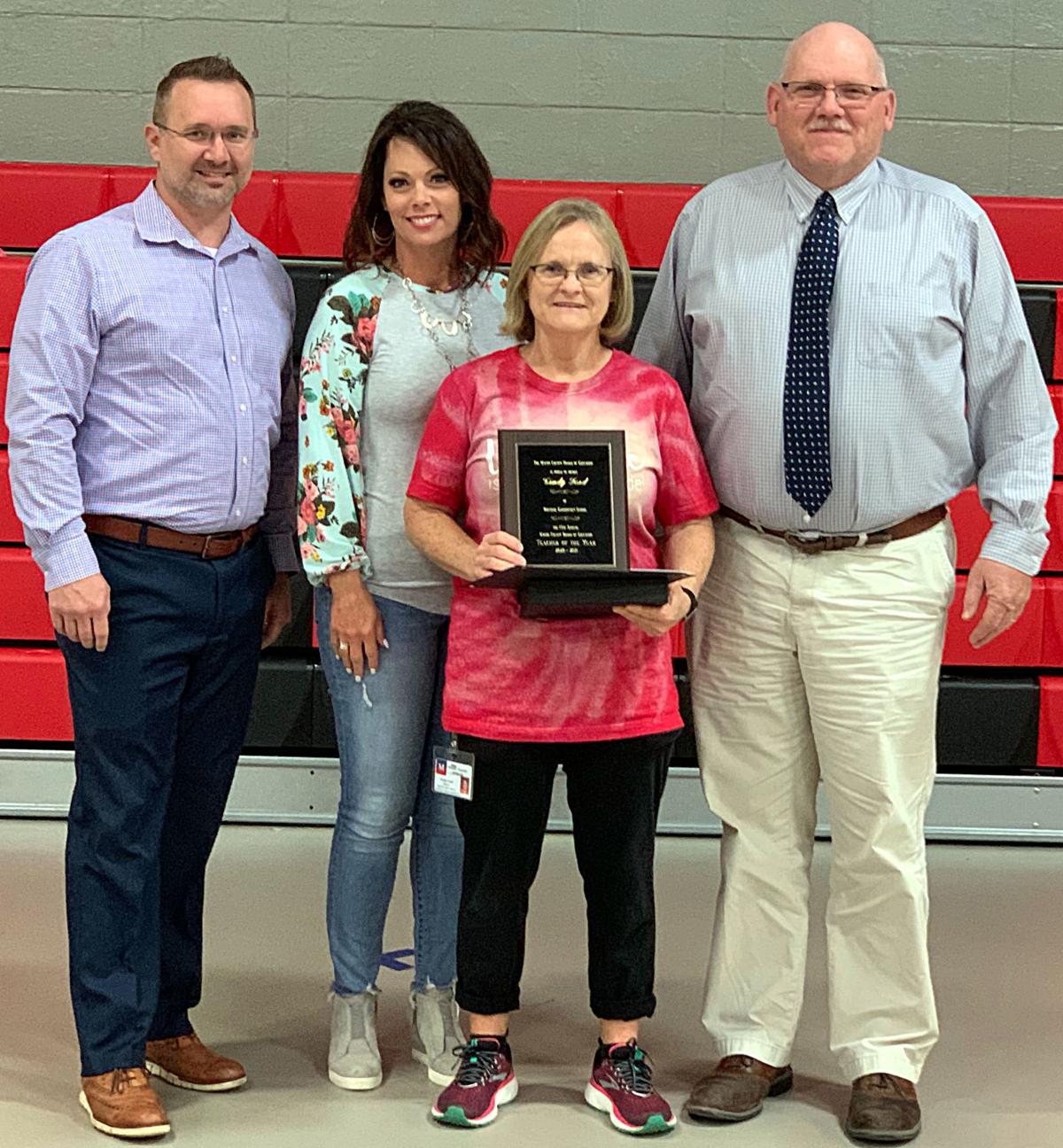 Westside Elementary physical education teacher Cindy Ford was recently presented with a plaque, $500 to spend in her physical education classroom from the Macon County School System, a crystal owl award and a $250 check from Horace Mann, which helps sponsor the annual event, due to being selected as the Macon County Schools Teacher of the Year. Pictured, from left, are Horace Mann Insurance agent Tyler Lawrence, Westside Elementary Principal Angela Marshall, Ford and Macon County Director of Schools Tony Boles. 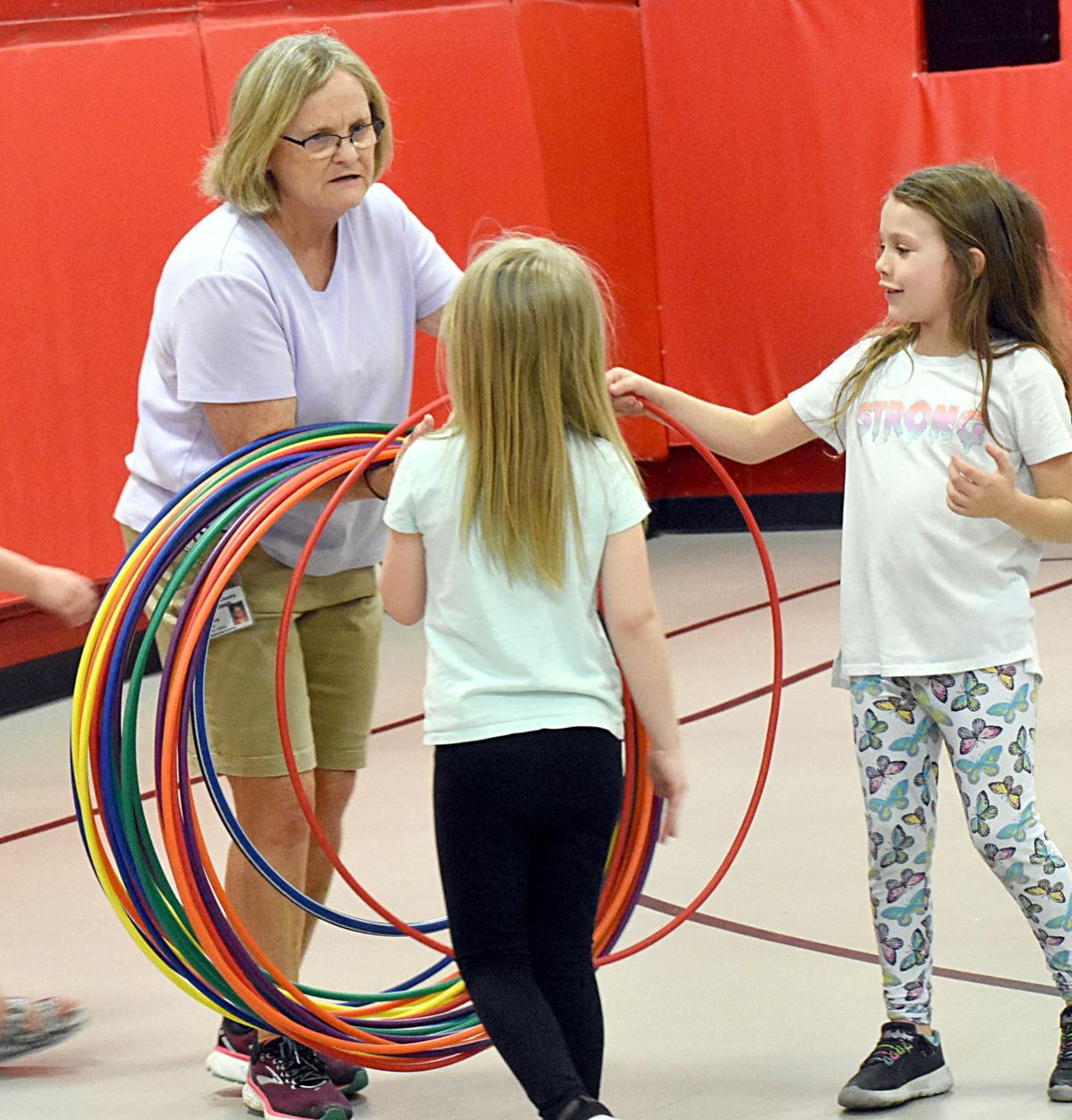 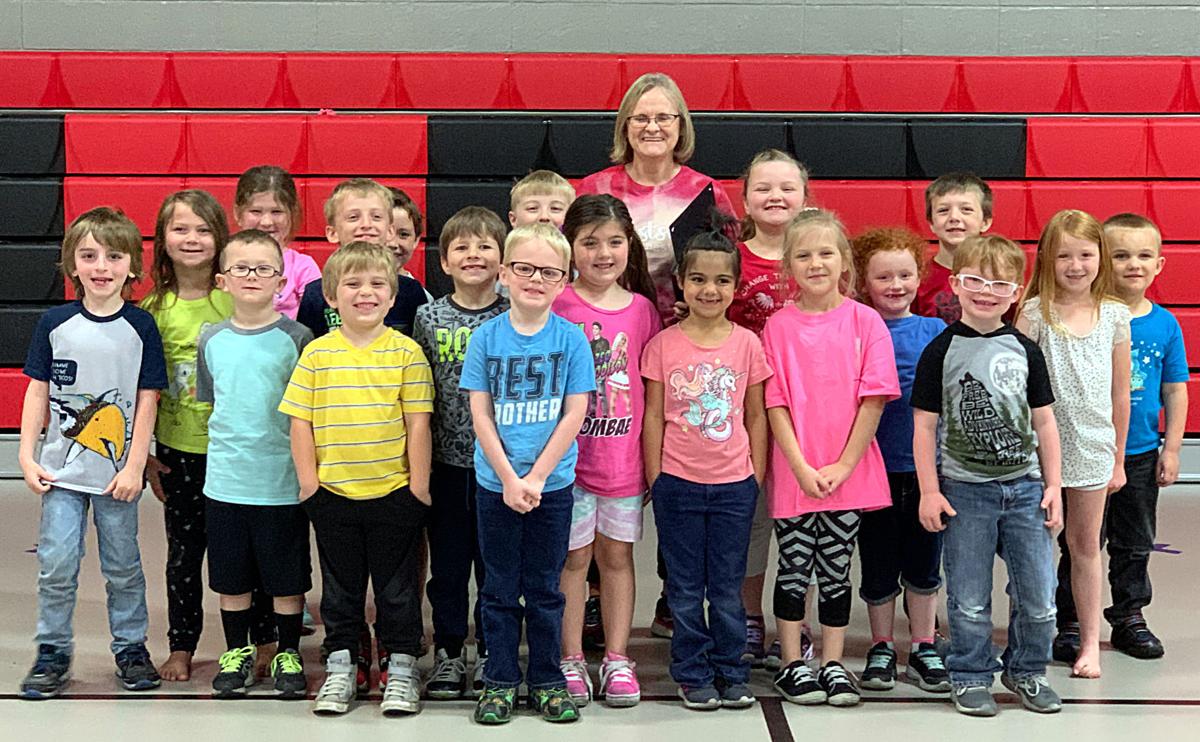 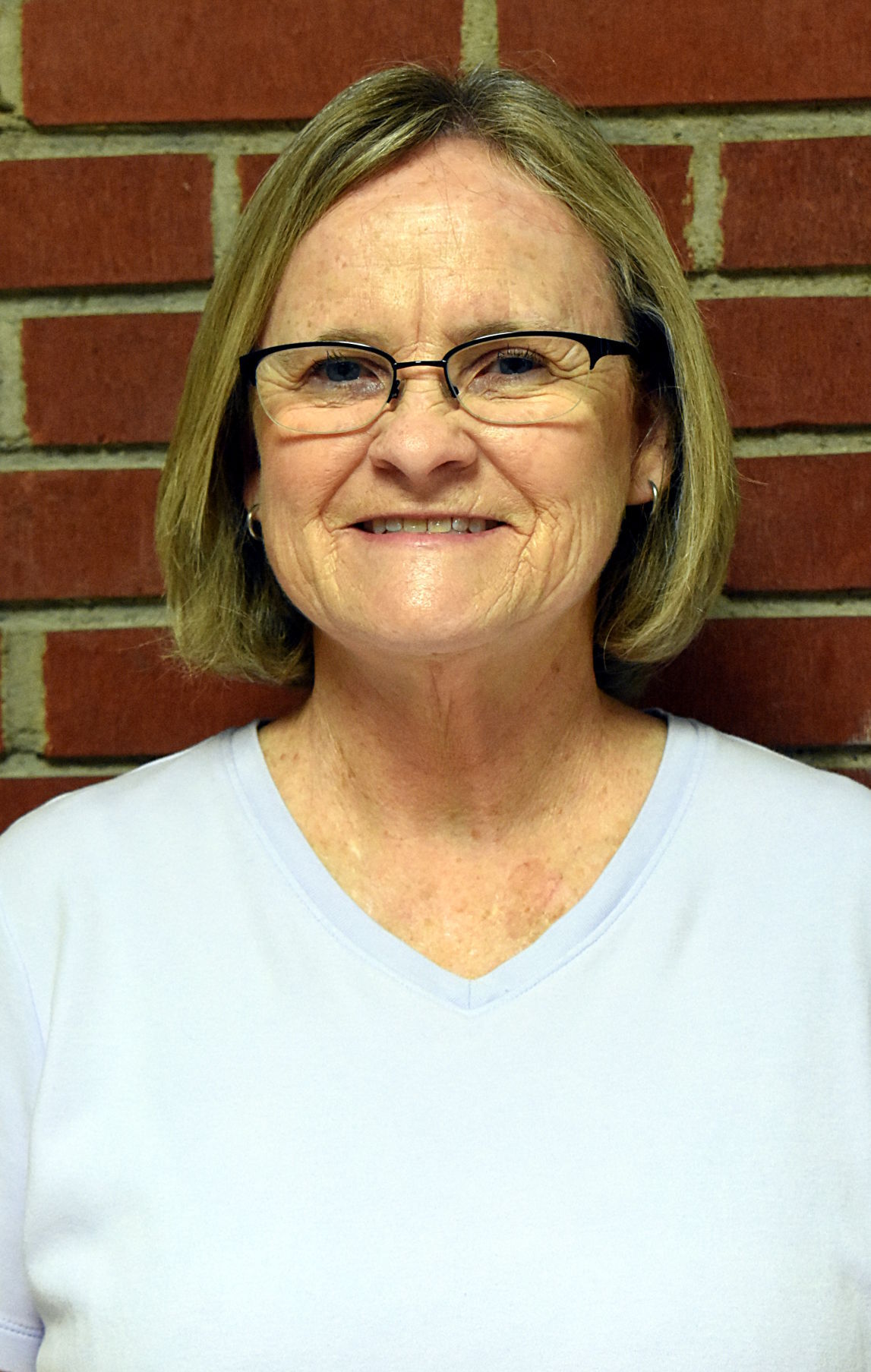 Westside Elementary physical education teacher Cindy Ford was recently presented with a plaque, $500 to spend in her physical education classroom from the Macon County School System, a crystal owl award and a $250 check from Horace Mann, which helps sponsor the annual event, due to being selected as the Macon County Schools Teacher of the Year. Pictured, from left, are Horace Mann Insurance agent Tyler Lawrence, Westside Elementary Principal Angela Marshall, Ford and Macon County Director of Schools Tony Boles.

Cindy Ford is accustomed to multi-tasking.

She taught at three different schools when she began her career as an educator during the 1986-87 school year.

“One of the things … I didn’t have any equipment,” Ford — a physical-education instructor who spent two days each week at Westside Elementary, two days at Red Boiling Springs School and one day at Enon Kindergarten School — said. “I had just a little money. I would haul equipment around in my car.

“I didn’t have a gym at Red Boiling. I didn’t have a gym at Enon. At Fairlane (where she later taught), when I was first there, there was no gym. Then, they built a small gym. We would do PE in a hallway, on a stage, in classroom or outside. You had to be very creative with very little equipment. Equipment and facilities have helped a lot.”

Ford completed her 35th year in education last week, and she was recently selected as the Macon County Teacher of the Year.

“Mrs. (Westside Principal Angela) Marshall came in, Mr. (Macon County Director of Schools Tony) Boles, Mr. (Macon County Supervisor of Instruction Shawn) Carter and Tyler Lawrence from Horace Mann,” Ford said. “I was having class at that time, a bunch of Kindergarters. They came in and said, ‘You’re the teacher of the year.’

Ford spent her first four years rotating between those three schools, followed by a 29-year stint at Fairlane Elementary. She’s been back at Westside for the past two years.

“I had been wanting to get back out here for a while,” Ford said. “I got my chance finally. It’s a good school. It’s home to me. I have lots of good memories from my childhood. I played basketball here. It’s lot of great memories.

“This is a smaller school. I was teaching about 500 students at Fairlane. It’s about 340 here. Fairlane is just Kindergarten and first grade. We have different grade levels here.”

Ford calls Westside home as she attended grades 1-8 there.

“I’ve enjoyed it,” Ford said of the past two years. “Last year, of course, we stopped in March (due to the COVID-19 pandemic). It’s been good. It’s a good environment to work in.”

Despite the relationships that she built over the almost three decades that she spent at Fairlane, Ford embraced the return to Westside.

“I have lots of friends there,” Ford said. “It is hard to leave sometimes, but I felt like a change would be good for me. I felt like I was coming home.”

Westside has embraced Ford as well.

“Cindy is absolutely amazing, the way she loves her students and how she teaches the skills,” Marshall said. “She’s showing them how to do it. It’s all about the kids.

“She’s such a team player. She’s does anything I ask her to do with a smile on her face. She’s rare and unique. She still gets up and enjoys coming to work.”

Each school in the county has an opportunity to nominate one teacher for the award.

“It’s a big honor,” Ford said. “It was a big honor just to be nominated. It’s humbling. It feels good to be appreciated … when you put in the time and put in the hours, it’s a good feeling.”

Three Westside teachers — Ford, Jean Griggs and Nikki Owen — have won the county’s top honor for teachers over the past six years. The award wasn’t given in 2020 due to the COVID-19 pandemic.

“It’s awesome,” Marshall said. “I have really good folks who work here at Westside. They’re all focused on kids.

“It’s a reflection of Westside. We take pride in doing a good job, focusing on the kids.”

In addition to serving as a physical-education instructor, Ford was Macon County High’s head volleyball coach for 11 years (leading the program to its first district title and first substate appearance in the early 1990s) and the high-school softball coach for seven years. At one point, she was the head coach of both programs at the same time.

“I was the trainer,” Ford said of her coaching responsibilities at that time. “I did all the wrapping, the treatment.”

While Ford has more than the 30 years required in order to retire from teaching, the 59-year-old doesn’t have plans to do so in the immediate future.

“I’m not a person who sits around and does nothing. I’ll work a little while longer. I don’t know how long. We’ll see.”

Ford received a plaque, $500 to spend in her physical-education classroom from the Macon County School System, a crystal owl award, and a $250 check from Horace Mann Insurance, which helps sponsor the annual award.