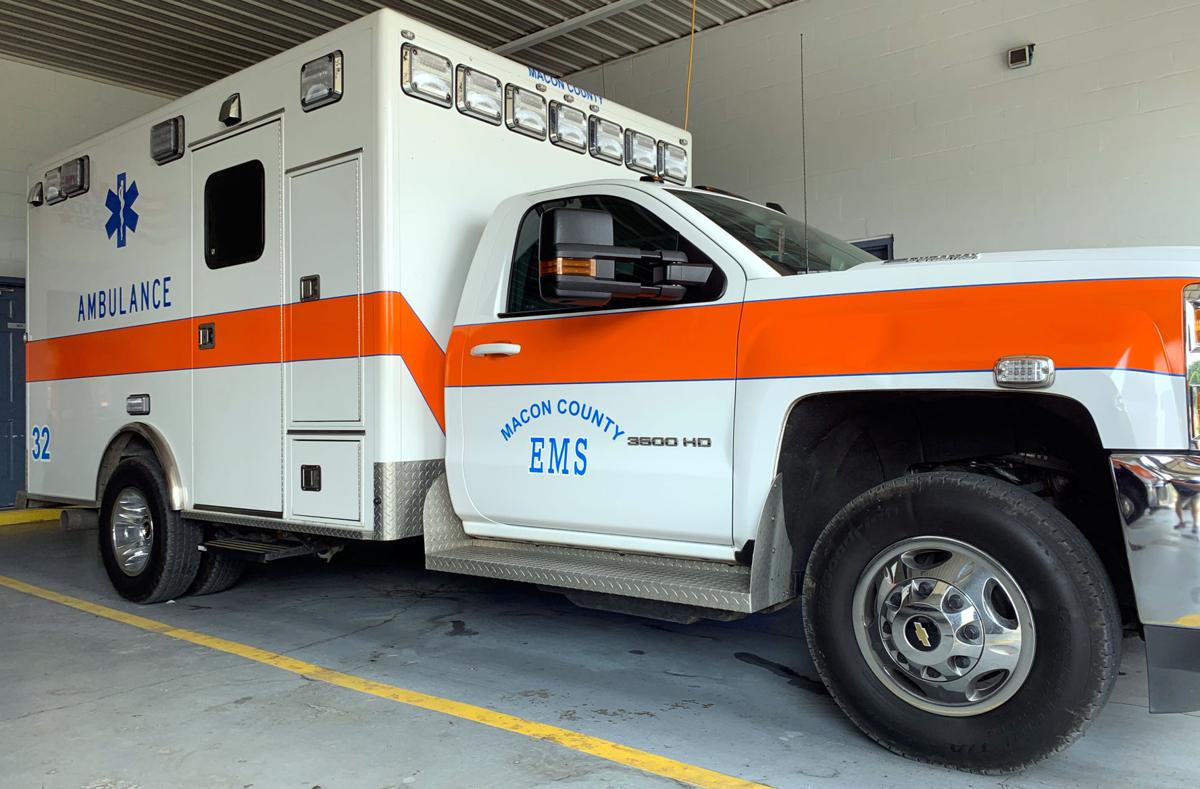 Macon County Emergency Medical Service has been operating with a total of 14 full-time emergency medical technicians (EMTs) and paramedics. 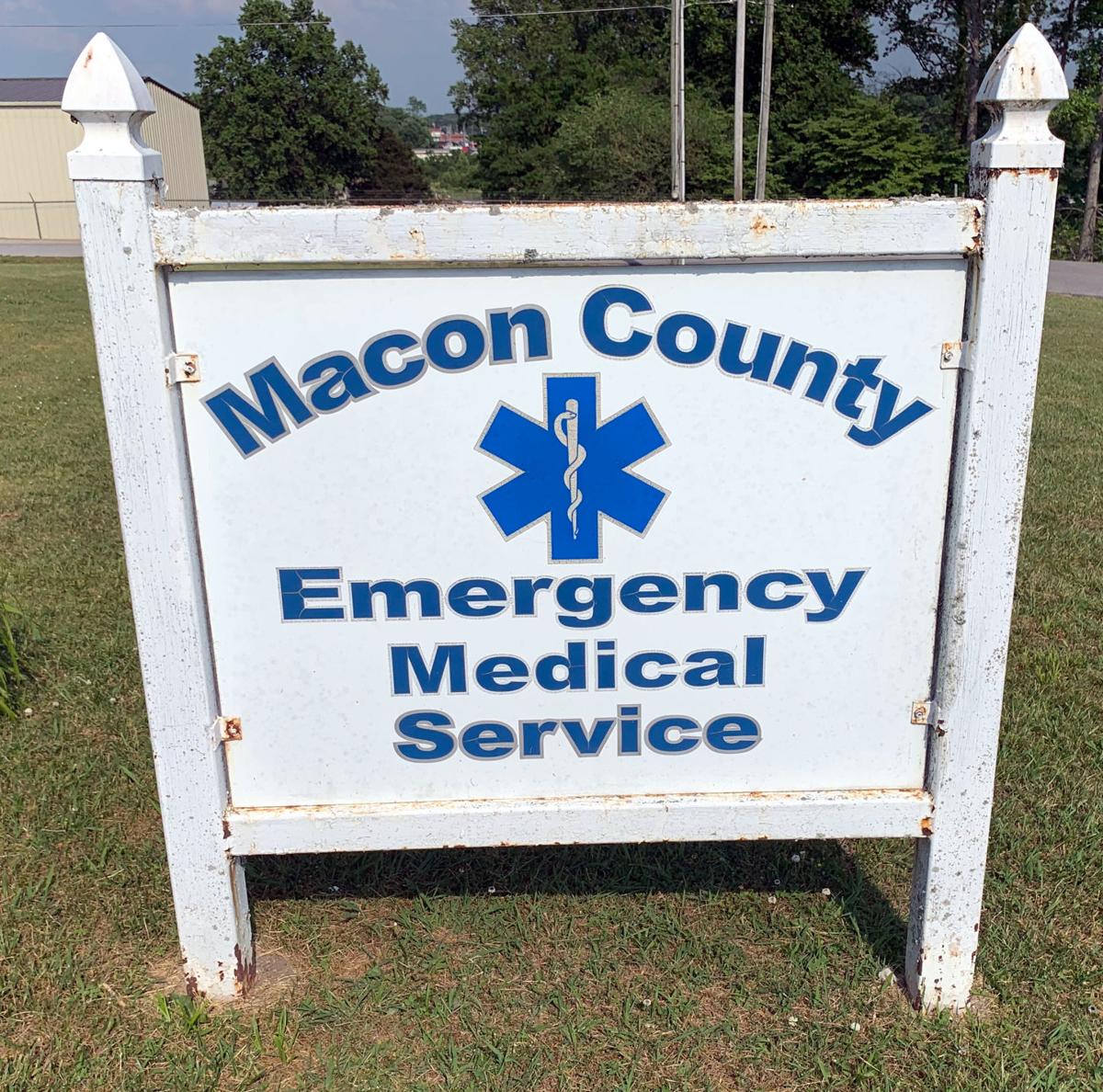 Macon County Emergency Medical Service administrators are hopeful that a proposed upgrade in the insurance that the county provides will lead to an increase in personnel for the department.

Macon County Emergency Medical Service has been operating with a total of 14 full-time emergency medical technicians (EMTs) and paramedics.

Macon County Emergency Medical Service administrators are hopeful that a proposed upgrade in the insurance that the county provides will lead to an increase in personnel for the department.

The department had to endure much of that time period while short-handed.

The area EMS department is still attempting to crawl back toward being fully-staffed as the COVID-19 pandemic gradually lessens.

Those emergency medicial technicians (EMTs) and paramedics were considered non-essential employees during the pandemic.

“Every one of us could have stayed home, but we came, did our job and took care of the citizens,” Macon County EMS Director Randy Carter said. “It’s been a year. I hope and pray that if there is such a thing as normal that we will get back to it.

Back in April, Carter appeared before the Macon County Commission and detailed some of the staffing issues that the department is experiencing.

“There’s people who live here who work in other counties who would like to work here,” Carter said. “People are willing to drive the extra hour or hour and a half for the (additional) money.”

To man three EMS stations — in Lafayette, Red Boiling Springs and at Westside — and to have each ambulance staffed with two individuals, it requires 18 full-time employees. Macon County has been operating with just 14, seven full-time EMTs and seven full-time paramedics.

There are four part-time EMTs who help to fill staffing gaps and three part-time paramedics. However, all seven of those individuals are also working elsewhere, lessening their availability. Some of those part-time employees live as far away as Dickson.

“I can remember days of 40 and 50 people working here, of part-time and full-time,” Carter said. “At on time, the reputation was that Macon County was (a great place to work as an EMT and a paramedic).

“They are picking up shifts, and I am rotating shutting (occasional shifts at) Westside and Red Boiling Springs down. I don’t like doing that.”

When that happens, those locations go unstaffed during times to where there are often less calls coming in.

Of the three, Lafayette is the busiest EMS station.

At one point, Macon County EMS was able to staff four crews, which occurred for only a brief period of 2020.

Of those calls, the EMTs and paramedics could be transporting individuals to surrounding counties — or as far as Kentucky cities Bowling Green and Glasgow — which could be where those individuals live or where their physicians are located.

The Macon County Commission has recently been discussing improved insurance coverage for county employees, which Carter believes could positively impact the county’s staffing needs. In fact, it seems to already have as four individuals are coming on board in a full-time capacity, which is expected to leave Macon County EMS fully staffed by June 22.

“That’s given me hope that with better insurance and more money that we are going to build up,” Carter said. “We’ve lost people to Troudale County, Sumner (County), to Wilson (County), to Clay County. Hospitals and doctors’ offices are now hiring paramedics to work at the emergency rooms and in their offices. Of course, they are going to have better pay and benefits.

“I have had several calls inquiring about the insurance changes and the money. That’s incentive for me to stay (as an EMT or paramedic who lives in Macon County), to draw that pay, work in my home county and not have to get up two hours earlier (to drive to work).”

For individuals to become EMT certified, it requires schooling that could last between three months and eight months. To become certified as a paramedic, it requires an additional year of schooling, which is often completed while one is working as an EMT.

Carter — who stepped in as the Macon County EMS interim director in September before being taking over as director in October — is aided by assistant director Tyler Steen.

Carter is still hoping to gain additional employees — individuals who are willing to serve in a part-time capacity in order to help fill shifts as needed — and he hopes that they’ll enjoy the culture that the current Macon County EMS regime has tried to create.

“Family is a big thing to me,” Carter said. “I tell everybody … it’s my family, church family and work family. That’s the atmosphere I’d like to see recreated here.

“It was a family. It still is. We watch after each other. We check on each other. It’s the kind of place I want to work at and want others to experience.”