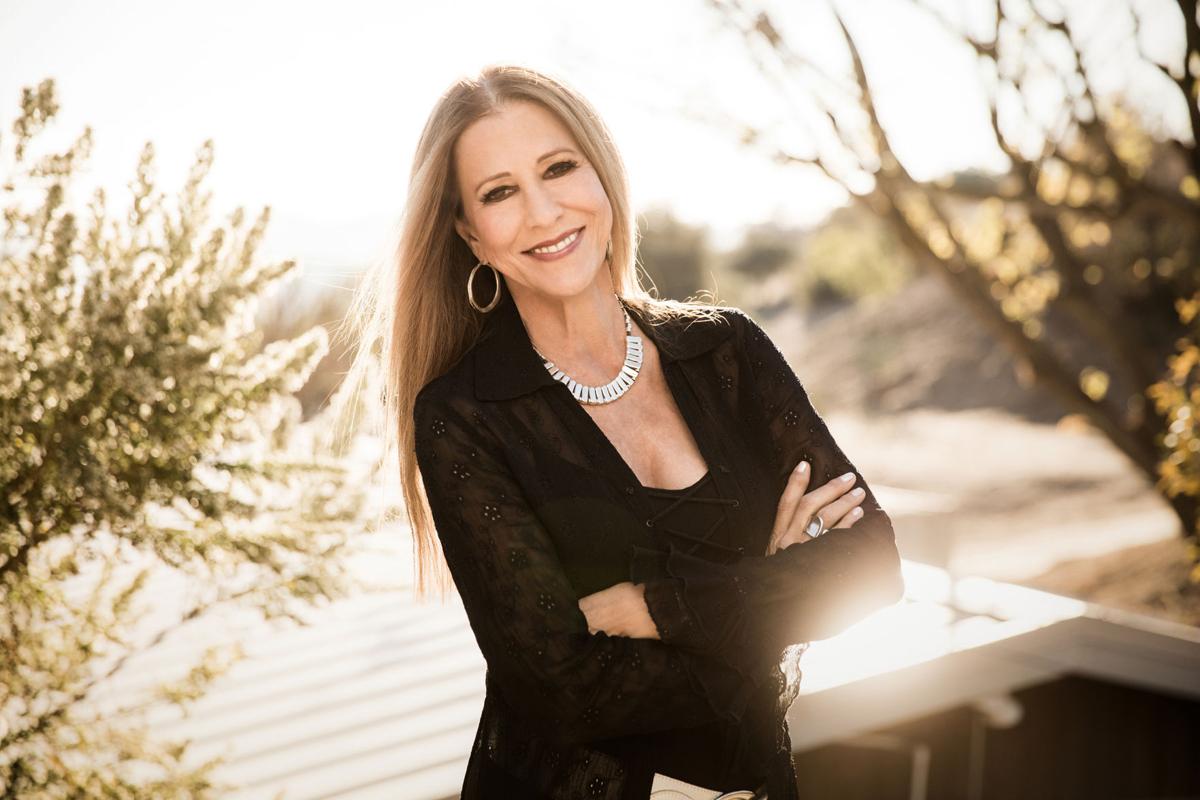 Rita Coolidge is being honored with a Tennessee Music Pathways marker that will be displayed in her hometown of Lafayette. 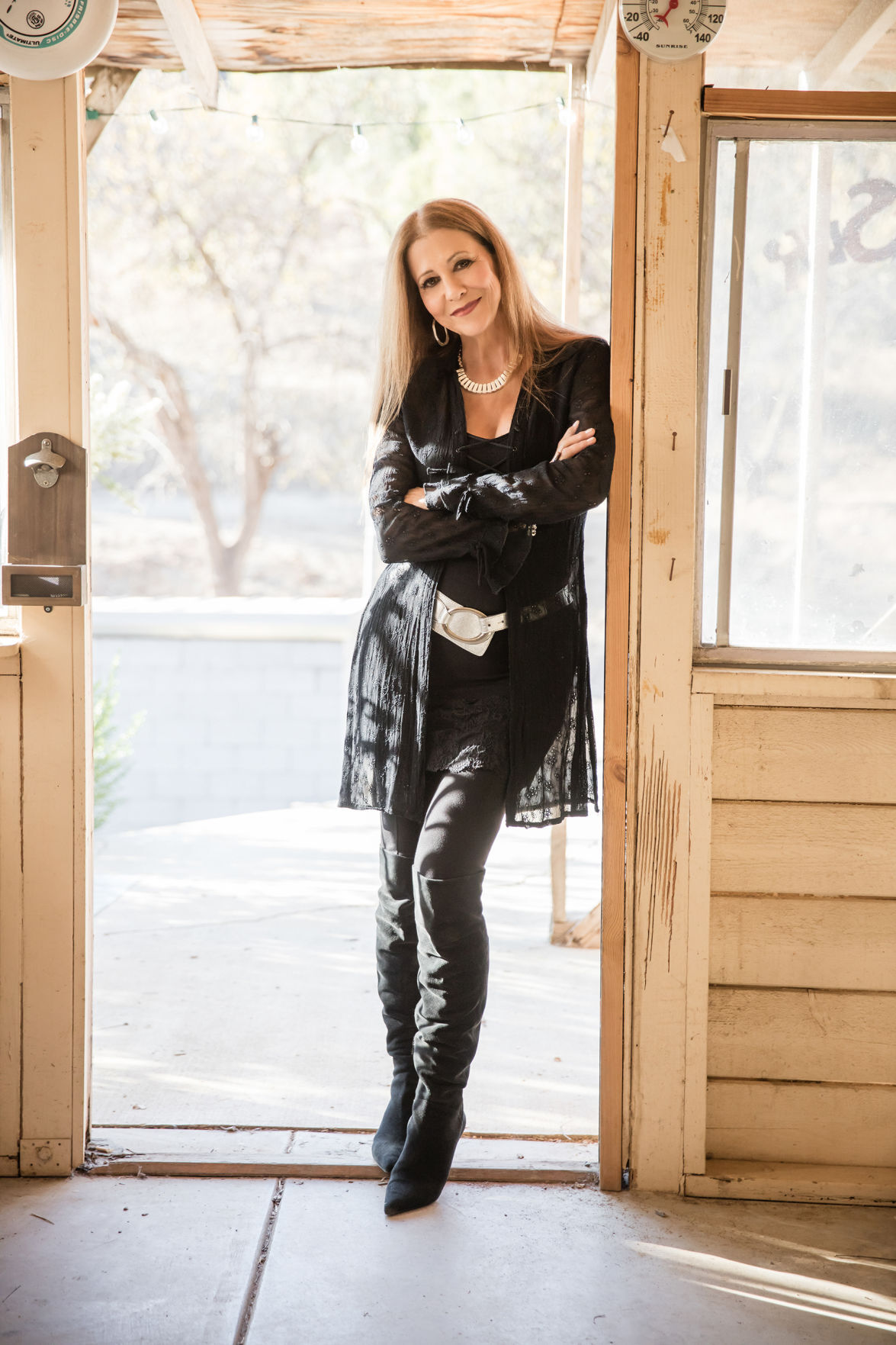 Rita Coolidge hit No. 2 on the Billboard Top 40 chart in 1977 with a version of the R&B classic, “Higher and Higher.” 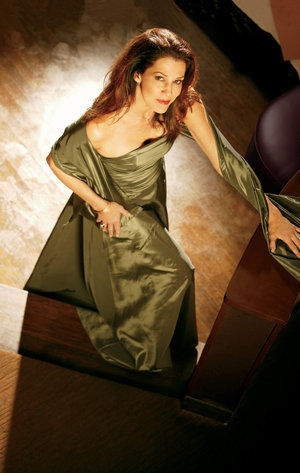 Entertainer Rita Coolidge spent lots of time with relatives in Lafayette even after she moved away to Nashville in the early 1950s.

Rita Coolidge is being honored with a Tennessee Music Pathways marker that will be displayed in her hometown of Lafayette.

Rita Coolidge hit No. 2 on the Billboard Top 40 chart in 1977 with a version of the R&B classic, “Higher and Higher.”

Entertainer Rita Coolidge spent lots of time with relatives in Lafayette even after she moved away to Nashville in the early 1950s.

One of Macon County’s most famous former residents was honored on Tuesday with the installation of a Tennessee Music Pathways marker being erected in her honor.

Rita Coolidge, a native of Lafayette, who went on to worldwide fame as a pop singer in the 1970s, was bestowed the honor by the Tennessee Department of Transportation commemorating her many hits and accomplishments.

Coolidge had a choice of where she wanted the marker to reside. She grew up in Nashville, moving away from Lafayette at around age 6. However, she chose to bring the marker to Macon County because of her deep family roots in Lafayette.

“They wanted to do the marker, and they asked me where I wanted it, because I have lived in Nashville, but I really felt like Lafayette was the appropriate place, and probably not a lot of other people are going to have markers up there,” Coolidge said.

The ceremony honoring Coolidge was held on Tuesday morning at Macon Bank & Trust’s branch located on the public square in Lafayette.

Coolidge, who lives in Tallahassee, Florida, now, won’t be able to make it in for the ceremony, but she plans to make a trip to Lafayette as soon as possible to see the marker erected in her honor.

Coolidge was born in 1945 to ordained Baptist minister Dick Coolidge and his wife Charlotte, who was a school teacher and taught music as well.

Her family history is rooted on Coolidge Road in Macon County, and she made many visits back to the community many years after she moved away and made her mark in the music industry.

“My mother grew up in Lafayette,” Coolidge said. “She played basketball in high school. My grandmother lived in Lafayette until she moved (to California) in 1995. All those years after we moved, my aunt had a style shop on the square, and my grandmother lived there until she moved to California to be with my mom. So, Lafayette was a big part of my history, not just the six years of being a child. I went to Lafayette when I was in college, and after I married Kris (Kristofferson), we would go up to Lafayette. So, I really have held it so dear to my heart.

“My grandmother’s house was just down the street, and I spent all my childhood there. So, it’s really special. It’s way more than just the first five or six years of my life. It’s part of my history, and I just loved Lafayette. My whole family feels that way.”

Coolidge is best remembered for her sleek, radio-friendly remake of Jackie Wilson’s R&B classic, “Higher and Higher,” which reached No. 2 on the Billboard singles chart in 1977. Coolidge followed that hit up with a No. 7 smash later the same year with “We’re All Alone.”

Coolidge’s music career began in 1967 when she moved to Memphis and began working, doing commercial jingles and writing songs. Later, she worked with Delanie and Bonnie and at the encouragement of session man and pianist Leon Russell and moved with the band to Los Angeles. She indicated that the recordings she did in Memphis helped to set her up for future success once she arrived on the West Coast.

At that time, Coolidge became an in-demand backup singer, singing background vocals on Eric Clapton’s 1970 hit “After Midnight,” and with Stephen Stills, “Love the One You’re With,” and Russell’s “Delta Lady,” which was written about Coolidge.

She said that being in Memphis helped her get her start in the business and going on to Los Angeles a few years later helped springboard her to stardom.

In 1974, Coolidge married the singer-songwriter Kristofferson, and the two had a daughter, Casey, together before divorcing. During their time together, Coolidge and Kristofferson recorded three albums together and won two Grammy Awards for their accomplishments.

She admits the music business can take its toll on a person and that all it not as it always seems on the exterior. However, the enjoyment is in the music itself.

“In order to be in this business, you have to be really tough,” Coolidge said. “It’s not glamourous. It looks glamourous, but its really not. It’s a lot of hard work, a lot of hotels and bad food and venues where they don’t have the equipment you need. You just shoot on through because that’s what it’s about, just bringing the music to the people.”

Coolidge said that in getting into the business of being an entertainer, she felt like it was something she was destined to do with her God-given abilities to sing and perform.

“I don’t feel like I picked music.,” Coolidge said. “I feel like music picked me. From the time I was a little bitty kid out on Coolidge Road, we sang all the time, and my mother told me that they would put me in a rocking chair when I was a baby and I would hum ‘White Christmas’ before I even talked. So, I think I came into this life with music in my body and my heart and soul. And I think that when God gives you a gift like that, you embrace it and do the best you can with it.”