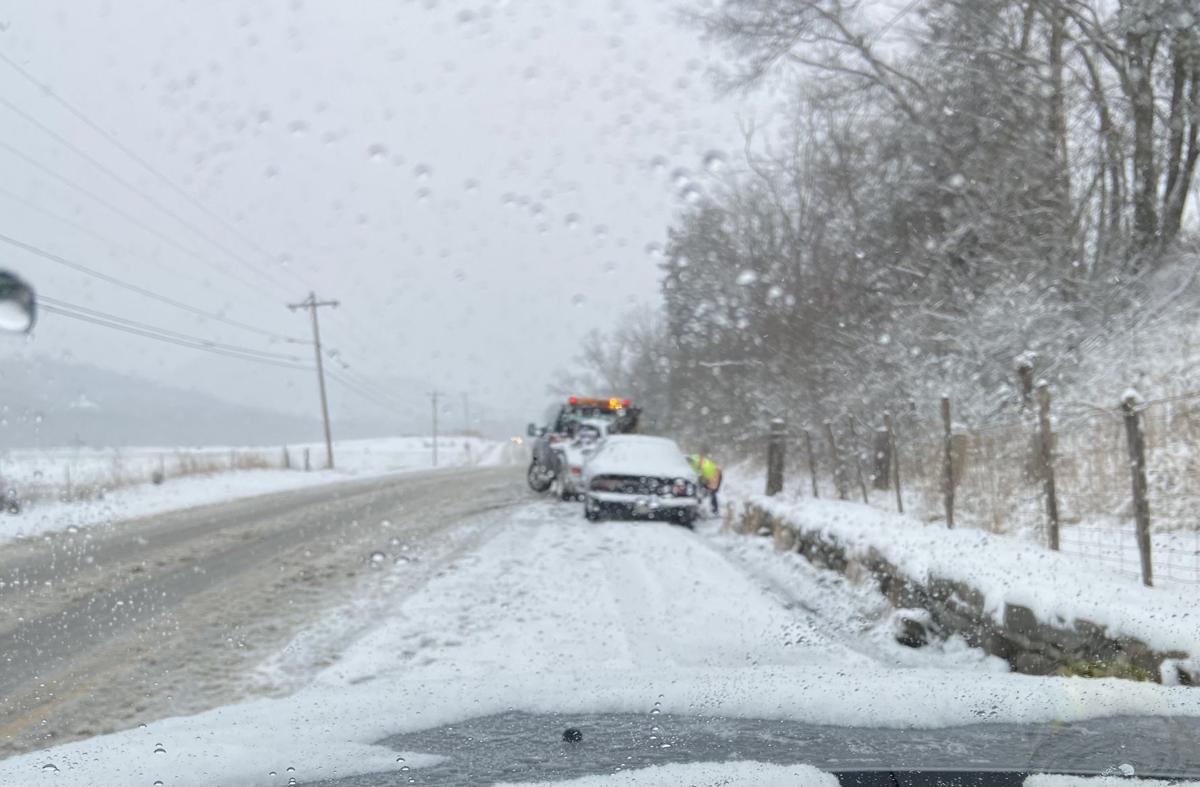 A wrecker comes to get a stranded motorist that was stuck on Highway 10 during the snowfall that hit Middle Tennessee on Thursday. 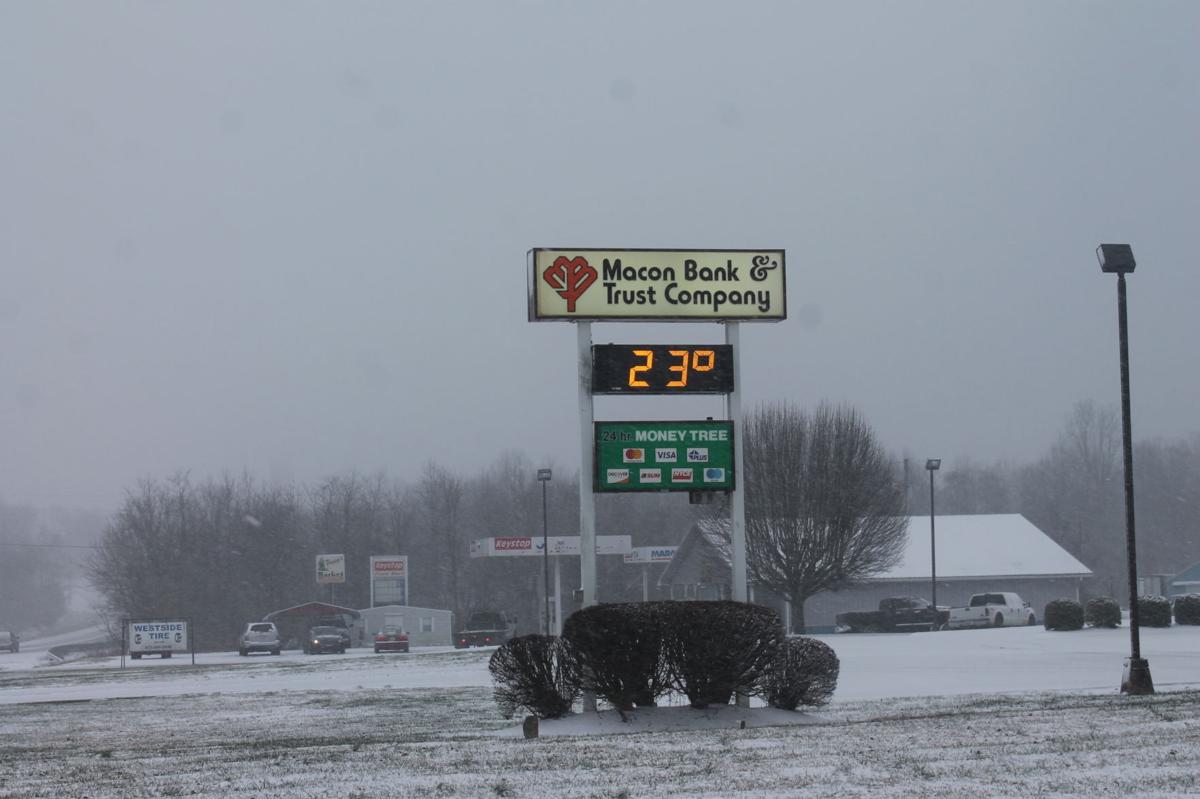 Snow fell as did the temperatures on Thursday during the winter storm that dropped about 9 inches of snow. This photo was from Thursday morning in the Westside area. 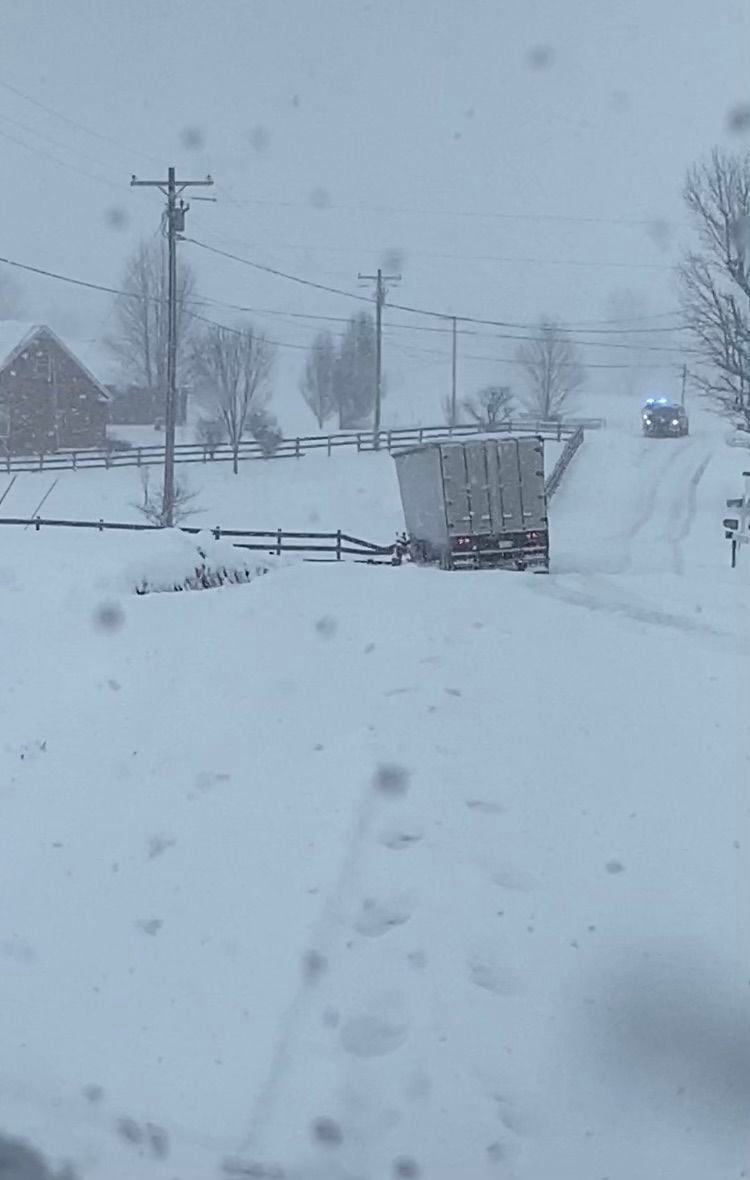 This 18-wheeler got stuck on Tuck Road during the snow storm that hit the area last week.

A wrecker comes to get a stranded motorist that was stuck on Highway 10 during the snowfall that hit Middle Tennessee on Thursday.

Snow fell as did the temperatures on Thursday during the winter storm that dropped about 9 inches of snow. This photo was from Thursday morning in the Westside area.

This 18-wheeler got stuck on Tuck Road during the snow storm that hit the area last week.

The first serious winter weather brought nine inches of snow this past week into Macon County along with treacherous road conditions last Thursday.

As a precaution Macon County Schools were closed in advance after the forecast for a big snowfall came earlier in the week.

“They were probably starting somewhere around 10 a.m. (Thursday) morning and it went on all night long, and even into (Friday) morning. They roads were pretty hazardous. We got anywhere form eight to nine inches of snow,” Macon County Sheriff Mark Gammons said.

At least four different areas in the county became trouble spots due to the snow, Gammons said.

The biggest issue came on Highway 80 in the Willette community around Steam Mill Hollow.

There were also tractor trailer trucks that became stranded in the inclement weather and there was an injury accident in Lafayette that required attention. In addition to those matters, there were numerous cars that were stuck and or abandoned along the slick, snowy roadways.

“We had some semi trucks stranded and we also have one injury accident on Galen Road. It was not life threatening, but there were injures. We basically had cars all over the county off the roads and those were some of the main trouble spots,” Gammons said.

“We brought three extra officers from what we normally run. We were overwhelmed. I can’t tell you how many calls we possibly had, but I can tell you that we’ve already had approximately 230 calls since the first of January this year. That’s just calls of service. That’s not the ones that officers drove up on,” Gammons said.

The sheriff’s department had advised people not to get out unless absolutely necessary, and said that the department offered assistance to those who needed medical attention in helping to ensure that ambulances and EMT workers could get to those in need.

“We advised people that if they didn’t need to get out to please stay at home. We also advised that anybody that needed medical attention that we would help the ambulances to get them out and get them where they needed to go, but otherwise they should stay at home,” Gammons said.

Tennessee Department of Transportation (TDOT) began clearing the main roads by Friday afternoon. The warming temperatures on Saturday and the rain on Sunday cleared most of the roads in the area.