Many of the businesses that are located on the square in Lafayette are participating in Friday evening’s Summer Sips and Shops event. 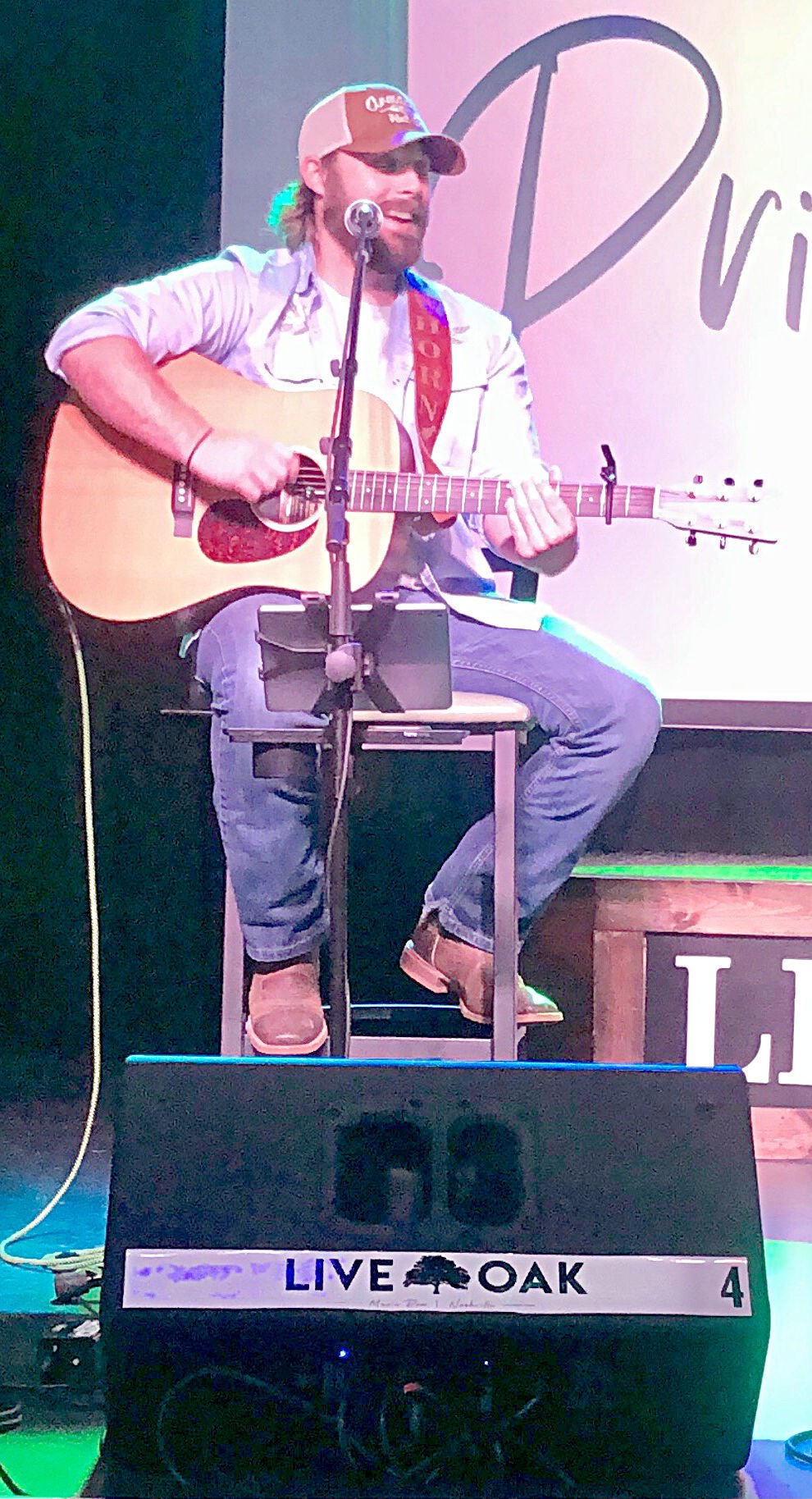 Tanner Lowhorn is one of the musical artists who is scheduled to perform Friday evening at the Summer Sips and Shops event, which will be held on the square in Lafayette.

Many of the businesses that are located on the square in Lafayette are participating in Friday evening’s Summer Sips and Shops event.

Tanner Lowhorn is one of the musical artists who is scheduled to perform Friday evening at the Summer Sips and Shops event, which will be held on the square in Lafayette.

A simple conversation between two people on the square has resulted in lots of people joining in.

The end result will be realized on Friday evening as the town square in Lafayette will serve as the site of the Summer Sips and Shops event.

While sitting in her Jeep in a parking spot around the square, Marla Davis — who co-manages Gallery 102 (an art gallery) along with Evelyn White — had an initial discussion about the event with Courtney Gann, who owns SheBrews coffee shop along with her husband (Derrick Gann).

SheBrews wasn’t open for business yet as the building was still being renovated at that time.

“When they moved in, I told her that I wanted us to do some things together,” Davis said. “How do we network the merchants on the square?

“We were having similar ideas. When she said she was having her grand opening on the 16th, I said, ‘Why don’t we try to get the others involved?’ About every merchant that I contacted on the square, they were on board. We have a group message text. We’ve been bouncing ideas. It kind of evolved through text.”

Gann added, “I was coming in to lay tile that night (before SheBrews opened). I just remember us wanting to see events come in on the square. We brainstromed several things. We both just talked about it.”

SheBrews opened for business in mid-June, and it will have its ground opening on Friday morning.

“It’s not about us and our business that night,” Gann said. “It’s about the community. I just want to provide something for the town.

“People are going to spend their money on something. What better than to do it right here in the community, five minutes from their house.”

The event has materialized quickly.

“When she set her opening date, that’s when we had a target (date),” Davis said. “We thought that maybe some of the others would open too, and they did.

“I think the merchants on the square want to work together. It’s just a matter of having the time when you’re running a business.”

“Seeing all the merchants and vendors wanting to be a part of it ... we had people calling before it was even out there,” Gann said. “That’s great. It’s great to see us getting along and working together.

“I would love the square to be a place that attracts tourism,” Davis said. “We want to be the heart of the town. If we can bring anybody to the square, it’s good for everybody. Our challenge is just getting somebody in the door.

“Courtney has been very selfless in bringing ideas up.”

Tanner Lowhorn and Kade Allen will be performing live music inside of SheBrews.

“I’m anxious how people show up that night,” Davis said. “SheBrews will draw people alone. If you have music and a place to hang out and good weather, people are going to come.

“I hope it’s even more than that. I hope it becomes a regular event.”

That is the goal, for evening events on the square to become a regular occurrence.

“We’re going to learn a lot this time,” Davis said. “If we can work through this, it will be a little easier the next time.

“We want it to be a regular thing.”