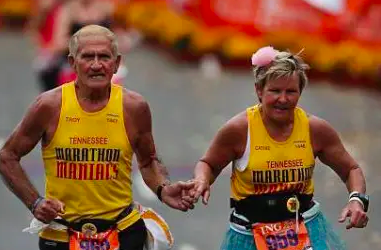 Troy and Cathie Johnson have completed more than 300 marathons each in their running career. The husband-and-wife team have lent their name and assistance to a 5K that is held each year in Red Boiling Springs.

The sixth Cathie and Troy Johnson 5K Run/Walk will be held in Red Boiling Springs on Nov. 13. 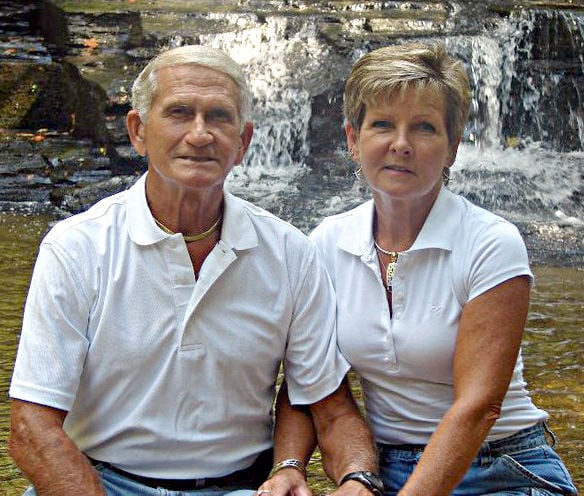 Red Boiling Springs residents Troy and Cathie Johnson are marathon runners who hold records for the fastest time for a married couple and for the oldest married couple to complete marathons on all seven continents.

Troy and Cathie Johnson have completed more than 300 marathons each in their running career. The husband-and-wife team have lent their name and assistance to a 5K that is held each year in Red Boiling Springs.

The sixth Cathie and Troy Johnson 5K Run/Walk will be held in Red Boiling Springs on Nov. 13.

Red Boiling Springs residents Troy and Cathie Johnson are marathon runners who hold records for the fastest time for a married couple and for the oldest married couple to complete marathons on all seven continents.

For the sixth year, the Troy and Kathie Johnson 5K will salute the Red Boiling Springs community’s veterans and help raise money for the town’s Heritage Museum that is in the works.

Six years ago, people in Red Boiling Springs connected to the Vision 2020 project for the Heritage Museum wanted to honor the Johnsons by hosting an annual 5K run. The idea became a reality and also became a way to salute the veterans in the area and raise money for the museum.

This year’s race is set for Nov. 13 at 8 a.m., with a salute to veterans and reciting of the Pledge of Allegiance scheduled for 7:45 a.m., at the Red Boiling Springs Library.

“The people who do Vision 2020 in Red Boiling Springs asked us to come and talk to them,” Troy Johnson said. “They said we would like to do a 5K in your name, and we said that’s no problem. We’ll help when we can, but we do travel a lot.

“For the last five years, I’ve worked pretty close with them. The whole idea is that you make more money off the sponsors. This is a small little town. You don’t have a huge number that wants to get out and run a 5K. So, for the last four years, I went around and got 25 sponsors or something like that. Every dollar that is made off this event goes toward the Heritage Museum. There’s a lot of work that’s been done, but there’s a lot more work that needs to be done.”

Because the event happens so close to Veterans Day, the Troy and Cathie Johnson 5K takes a patriotic bend by saluting both active and retired service members.

“Basically what we do is, on the morning that we meet, we’re going to meet at the library and they’re going to raise the flag and do the Pledge of Allegiance at 7:45,” Josnson said. “Then, at 8 o’clock, the 5K will begin. Some of the church people also bring in food so the people can nibble on something before and after the 5K. All veterans are recognized, and they’re brought up and tell their name and whatever they want to say, and the crowd recognizes them. Usually, we have four or five veterans in the crowd. Always, the vets are recognized, not only the ones that are there, but all of them.”

This year, not only will individuals be recognized for winning in the 5K, but there will also be a four-member team event for those who wish to compete as a team.

The 5K has raised quite a bit of funds to go toward the museum, according to Johnson.

“The whole idea is to get money to get that building completed,” Johnson said. “In the last two years, we’ve probably been able to put $2,500 to $3,000 toward the building from the 5K.”

The museum is still a long ways from completion, and those wishing to find out more information on it can visit www.Vision2020inc.com. Some in the community contribute regularly to the museum project, and others have also made single donations.

“It’s a project, and if we ever get it done, people can bring in things from past, pictures of family or any mementos dealing with Red Boiling Springs in the older years,” Johnson said. “They do have a lot of stuff.”