Macon County High senior standout Jalynn Gregory was selected as one of the three finalists for the Class AA Miss Basketball award. 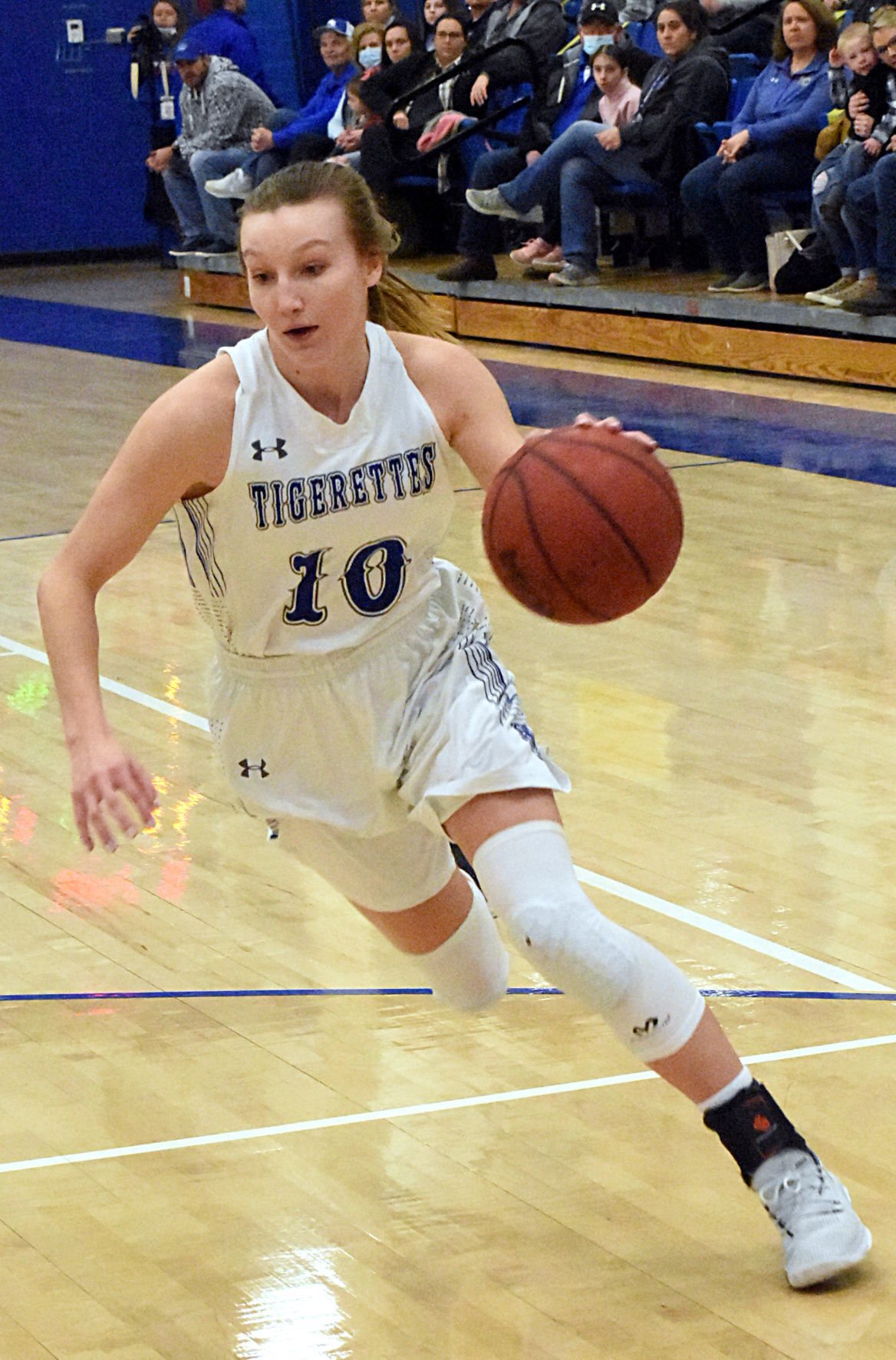 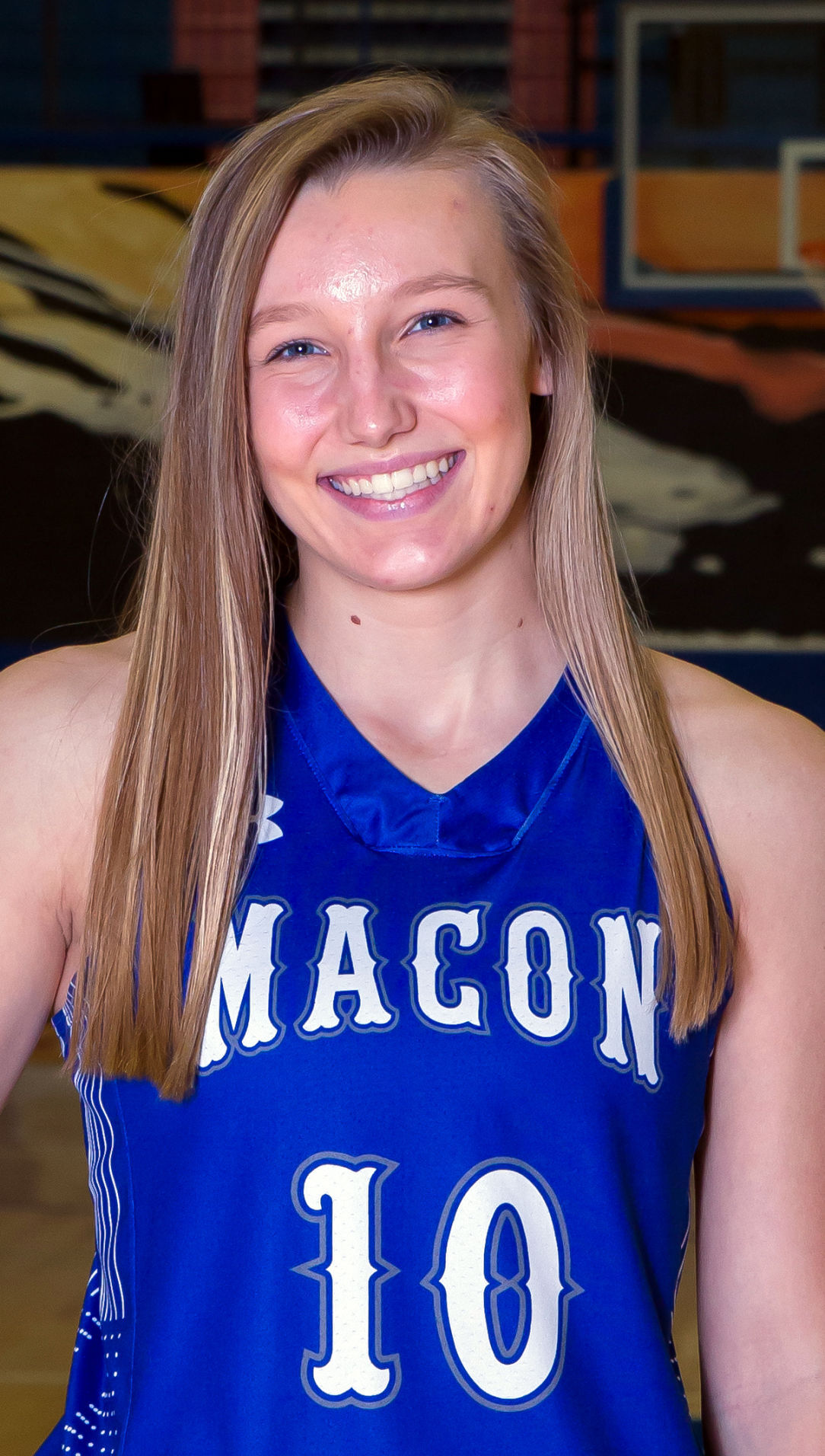 Macon County High senior standout Jalynn Gregory was selected as one of the three finalists for the Class AA Miss Basketball award.

If Jalynn Gregory is crying nowadays, it’s tears of joy.

However, that hasn’t always been the case.

“My dad (Nathan Gregory) was one of the biggest influences on me when it comes to basketball,” Jalynn Gregory said. “He would coach our AAU (Amateur Athletic Union) teams when we were younger. Those games were interesting. He would yell at me sometimes. If I didn’t play well, he would chew me out. At the time, I was a big ole cry-baby. I would cry and cry. But, looking back on it now, I know he was just trying to help me. He didn’t give me more than I could take. Mom (Tracy Gregory) was always there. They balanced me.”

It may have been another family member who was most excited as Gregory was selected as one of the three Miss Basketball finalists in Class AA.

“It was probably my little sister, (10-year-old) Keelyn,” Gregory said. “She’s like my little hype person. She’s like, ‘Yeah, that’s my sister.’

Lots of family members and fans have been among those who have loved Gregory’s play.

“Jalynn is one of the hardest-working players I’ve ever coached,” Tigerette head coach Larry White said. “She’s a gym rat. She’s in here (working) on her own.”

She regularly shoots the ball from well behind the three-point line, and in addition to her offensive effectiveness, she was a member of the 8-AA All-Defensive Team as both a junior and senior.

“It’s the depth she can shoot the ball from and be consistent, but she’s also a great defender,” White said of what stands out about Gregory. “Most of the time, she’ll draw the best offensive person we’re defending when we’re in man (defense) … and she has a great understanding of the game.”

Gregory was selected as a finalist along with Upperman senior Reagan Hurst and Martin Westview sophomore Jada Harrison.

While Gregory has heard her name mentioned in the discussion for Miss Basketball, she wasn’t certain if being named a finalist would become a reality.

“It’s definitely shocking,” Gregory said. “You hear everybody talk, but it’s not a certain. You just hear what they think.”

Hurst was also a finalist last season, and Harrison has been receiving scholarship offers from Division I programs since last season.

“Theye’re great,” Gregory said of Hurst and Harrison. “Everything they do is great. It’s their ability, but on top of it, they’re even better people.”

“Malcolm will come up here,” Gregory said. “He works with me sometimes. He’s another one who pushed me so hard. He’s helped further my abilities so much.

“Any time I can, I go to the gym and shoot. I work out three days a week. I do any little extra thing I can.”

“Keeley won … we hope Jalynn does too.”

The Tigerettes enter the postseason coming off of their biggest win over their biggest rival, a 62-57 victory over previously-unbeaten and top-ranked Upperman last Thursday.

“For the most part, it has gone good,” Gregory said of her senior campaign. “We went through that little rough patch.That’s something we needed to go through to show us what our weaknesses are. Now, I think we’re getting back on track to becoming the team we want to become.”

Gregory is only the third player in school history — including boys and girls players — to be selected as a finalist for a Mr. and Miss Basketball award. Macon County High senior Joey Tuck won the Class AA Mr. Basketball Award in 1996.

“It would mean a lot (to win it),” Gregory said. “I think it more means more to everyone else than me.

“It’s a great award. What people don’t realize is that I wouldn’t be here without the people around me — my teammates and my family ... anybody that’s ever been involved in my life.”

Macon County has competed against three of the girls finalists — Hurst, Ensworth’s Jaloni Cambridge (Division II-AA) and Clarkrange’s Kassie Monday (Division I -Class A) — this season.

Also, Clay County junior Grant Strong — who competes in District 6-A along with Red Boiling Springs and who has also competed against the Macon County High boys this season — is a finalist in Class A after posting an average of better than 30 points per game so far this season.

The Mr. and Miss Basketball Awards will be presented to the top girls and boys in five classifications prior to the state championship game awards presentation for each classification next month.

High-school head basketball coaches and members of the media nominated the finalists, and a statewide committee of sportswriters selected the finalists based on performance during the 2020-2021 regular season. Academics and character were also taken into consideration.

This is the 37th year that the Mr. and Miss Basketball Awards have been presented to Tennessee’s best high school basketball players.