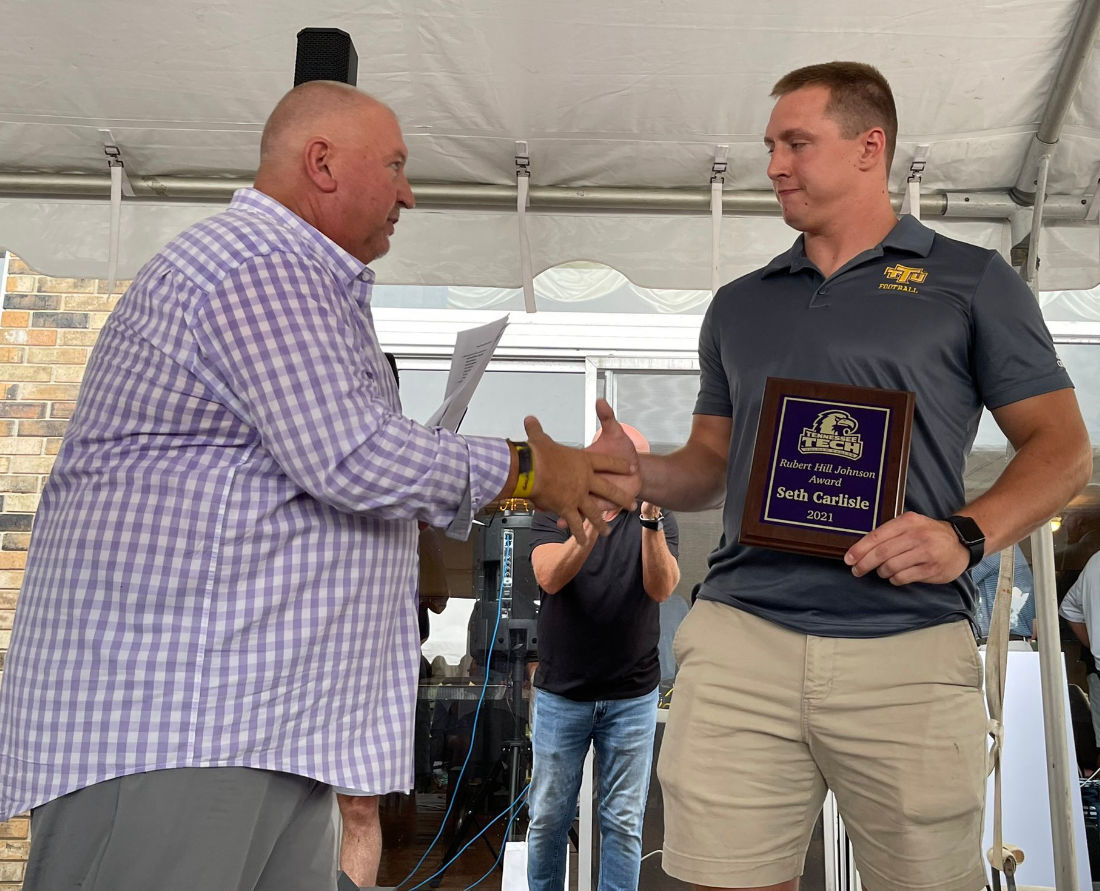 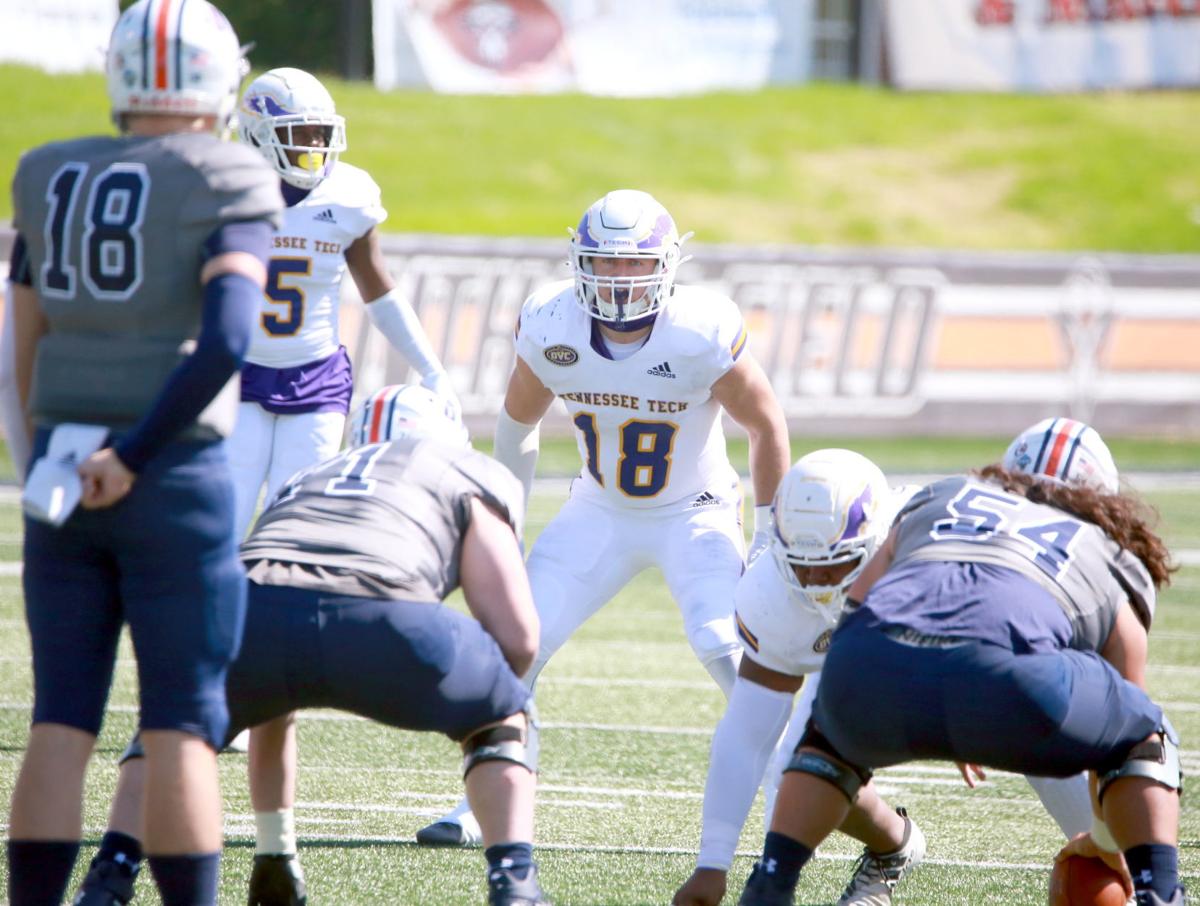 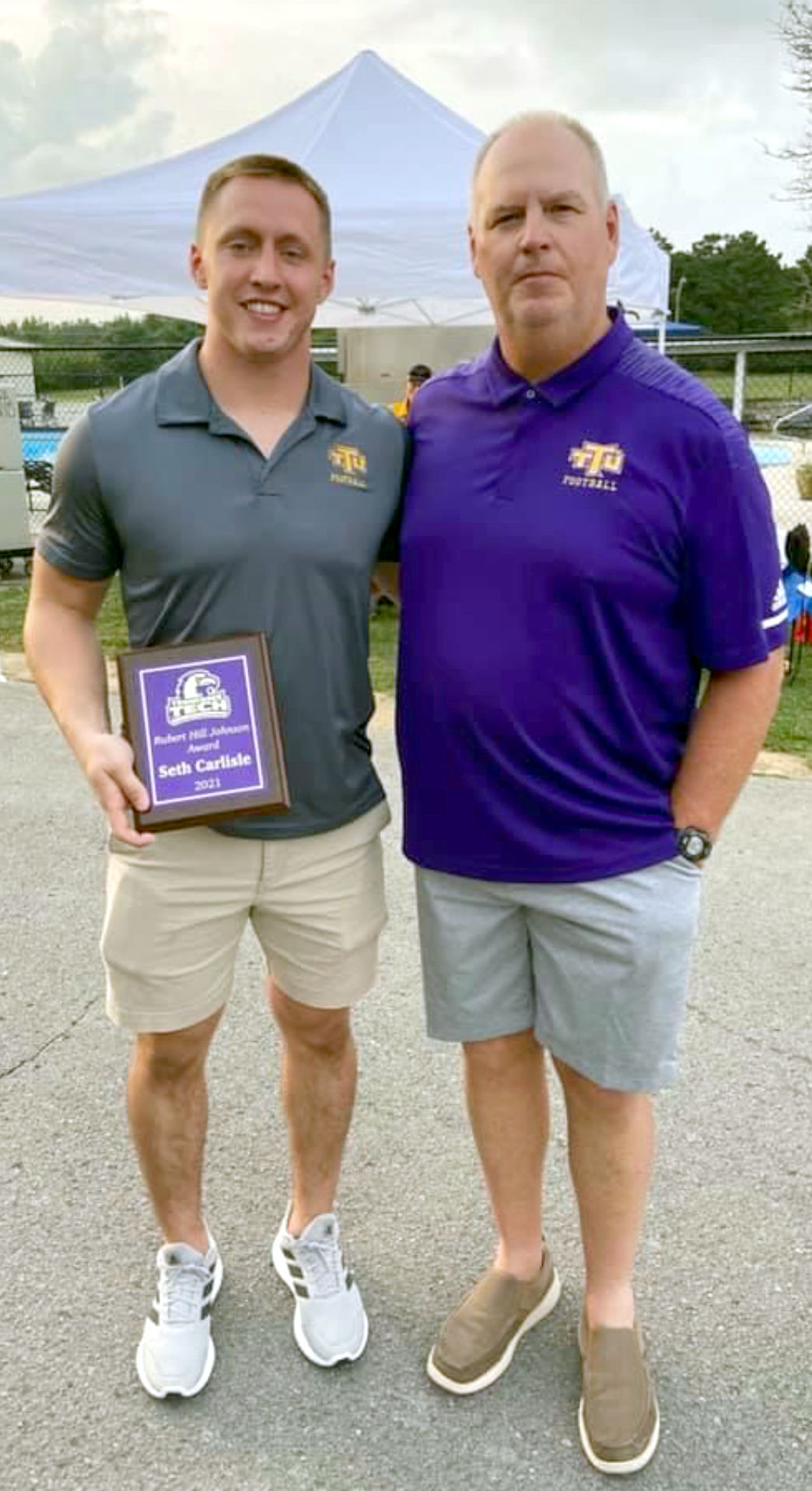 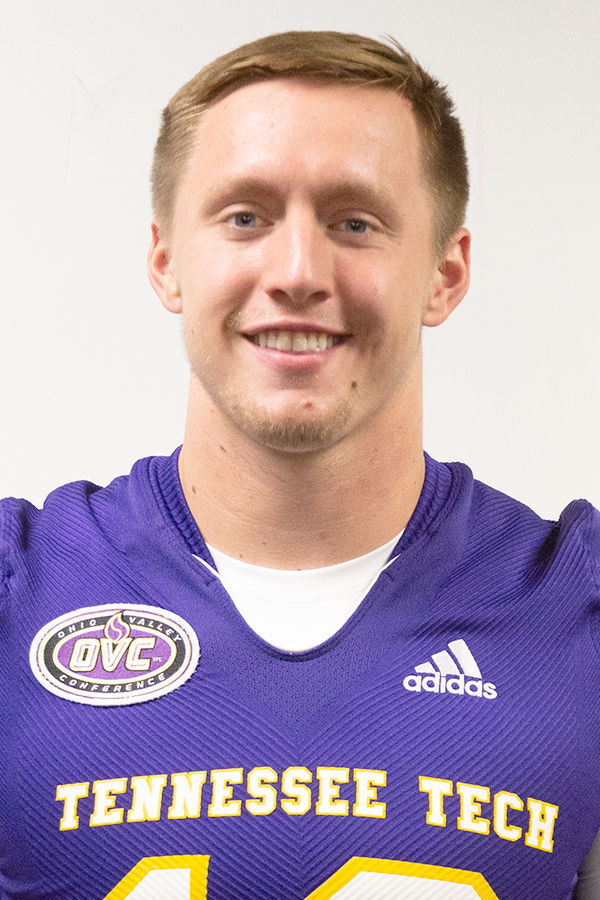 Seth Carlisle is preparing for the upcoming football campaign.

However, he received what is considered to be the highest honor for a Tennessee Tech football player at the conclusion of the team’s spring season, being given the Robert Hill Johnson Award.

The award has been given every year since 1951.

Then, Mark Shrum — who was also a linebacker for the Golden Eagles before later serving as a long-time coach at Macon County High — was a co-winner of the award in 1977.

However, Shrum and Carlisle — a linebacker — are among a limited group of defensive players who have won the award, which comprises only a third of the award’s total recipients.

Carlisle — who graduated from Macon County High in 2018 after a record-setting career as a quarterback — led Tennessee Tech in tackles this spring, which consisted of just seven games as the season was moved from the fall and then modified schedule-wise due to the COVID-19 pandemic.

Of Carlisle’s 50 tackles, 23 were solo, and he made 1.5 tackles for a loss of yardage. The linebacker intercepted a pass that he returned 14 yards, recorded three pass break-ups and recovered two fumbles.

Carlisle was selected as the Ohio Valley Conference Defensive Player of the Week after the Golden Eagles captured a 27-21 victory over visiting Austin Peay State University in its season opener on Feb. 21. Carlisle made a game-high 11 tackles (eight solo), and he also had a fumble recovery at the APSU 21 yard line on a kickoff, setting up a touchdown for the Golden Eagles.

Carlisle has also selected been to represent the conference on the National Collegiate Athletic Association (NCAA) Division I Football Oversight Committee.

The Robert Hill Johnson Award is voted on by the players.

It is named for Robert Hill Johnson, a native of Sparta, who was a student and assistant football coach at Tennessee Polytechnic Institute (TPI) when he was killed in an auto accident in 1952 at the age of 22.

The son of Mr. and Mrs. A.E. Johnson, he attended White County High School and was a standout in football for one season. He then transferred to the Baylor School in Chattanooga, where he earned three letters.

He enrolled at the University of Alabama, but a shoulder injury ended his playing career. Then, in the fall of 1951, Johnson became a student at TPI, where he also coached offensive and defensive ends.

After just one season in Cookeville, Johnson was killed instantly when his car crashed into a concrete bridge railing at Cripple Creek, approximately seven miles east of Murfreesboro on U.S. Highway 70.