Sign Up
Log In
Purchase a Subscription
You are the owner of this article.
Edit Article Add New Article
You have permission to edit this article.
Edit
Home
News
Sports
Entertainment
Obituaries
Opinion
Lifestyles
Classifieds
E-edition
Calendar
Business
1 of 5 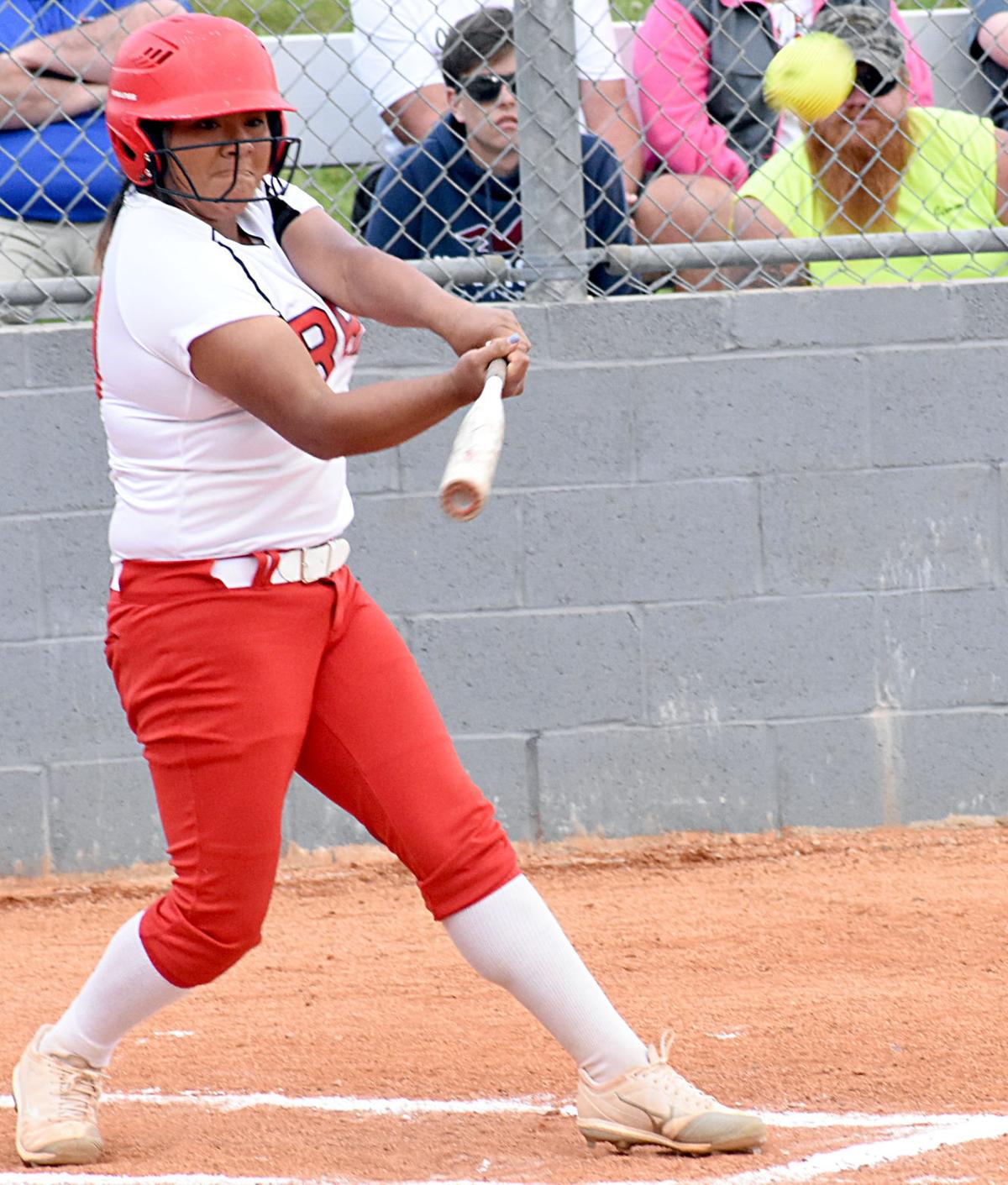 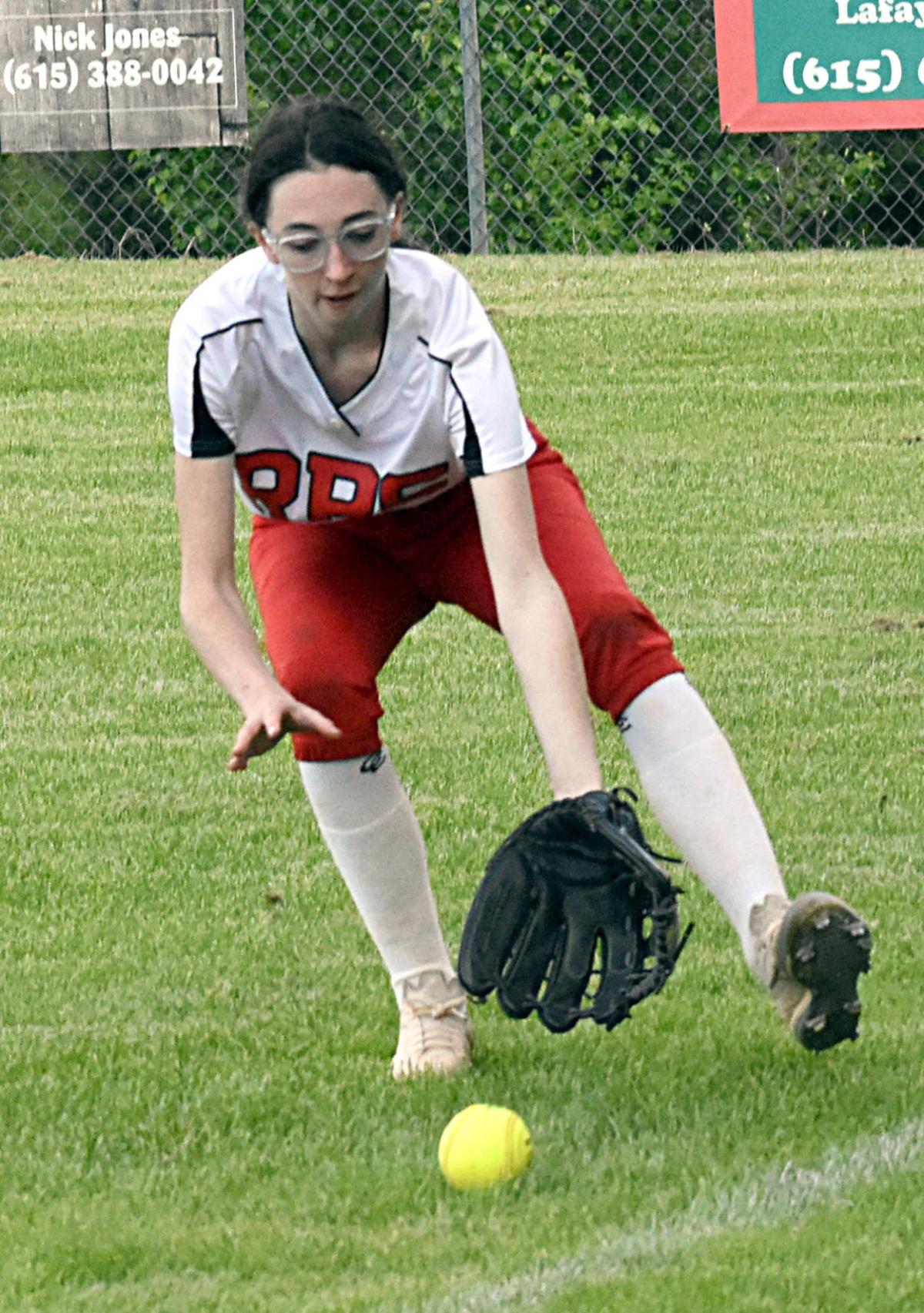 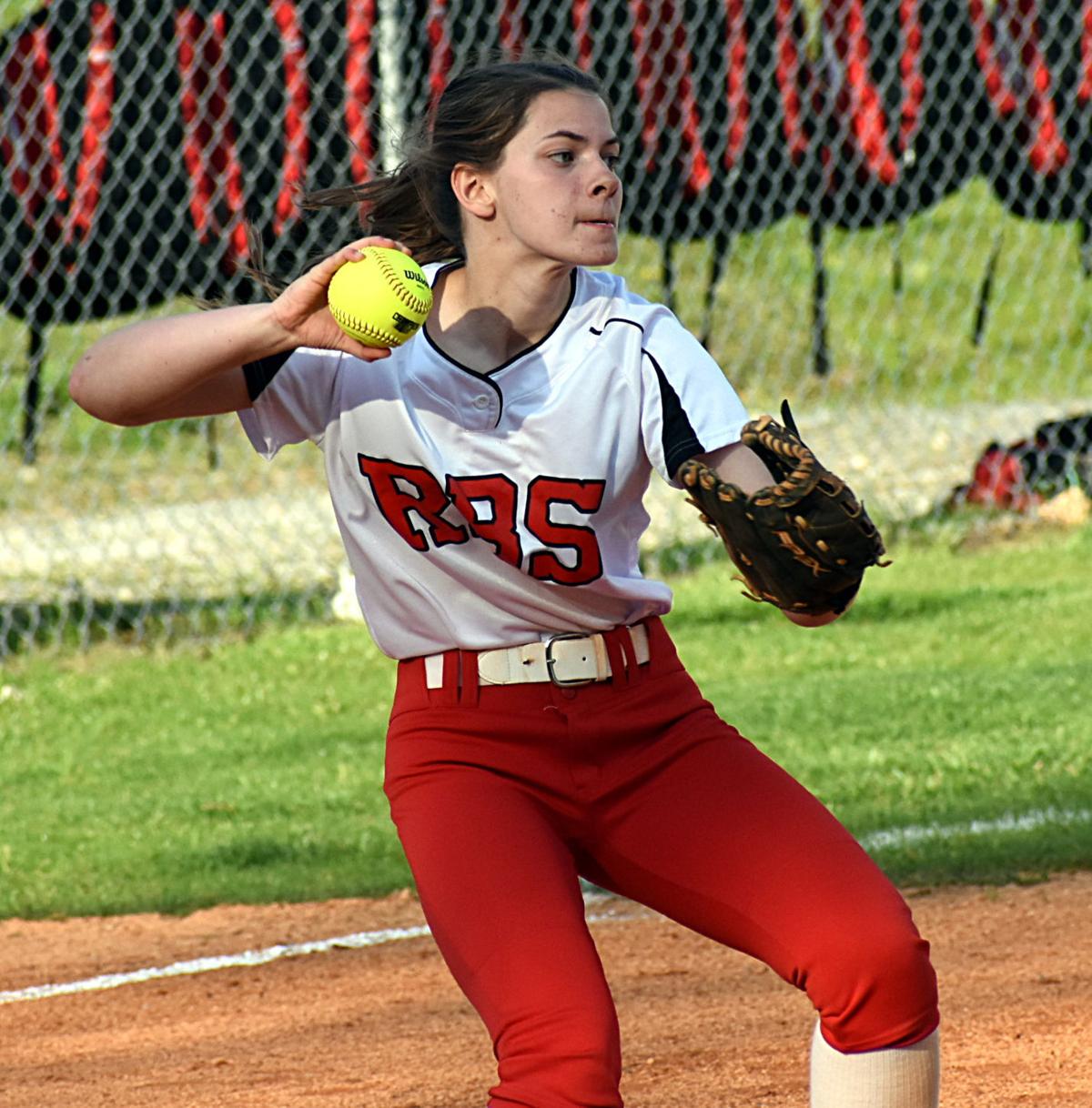 Red Boiling Springs High sophomore third baseman Whitney Birdwell looks to second base before releasing a throw that resulted in a first-inning forceout. 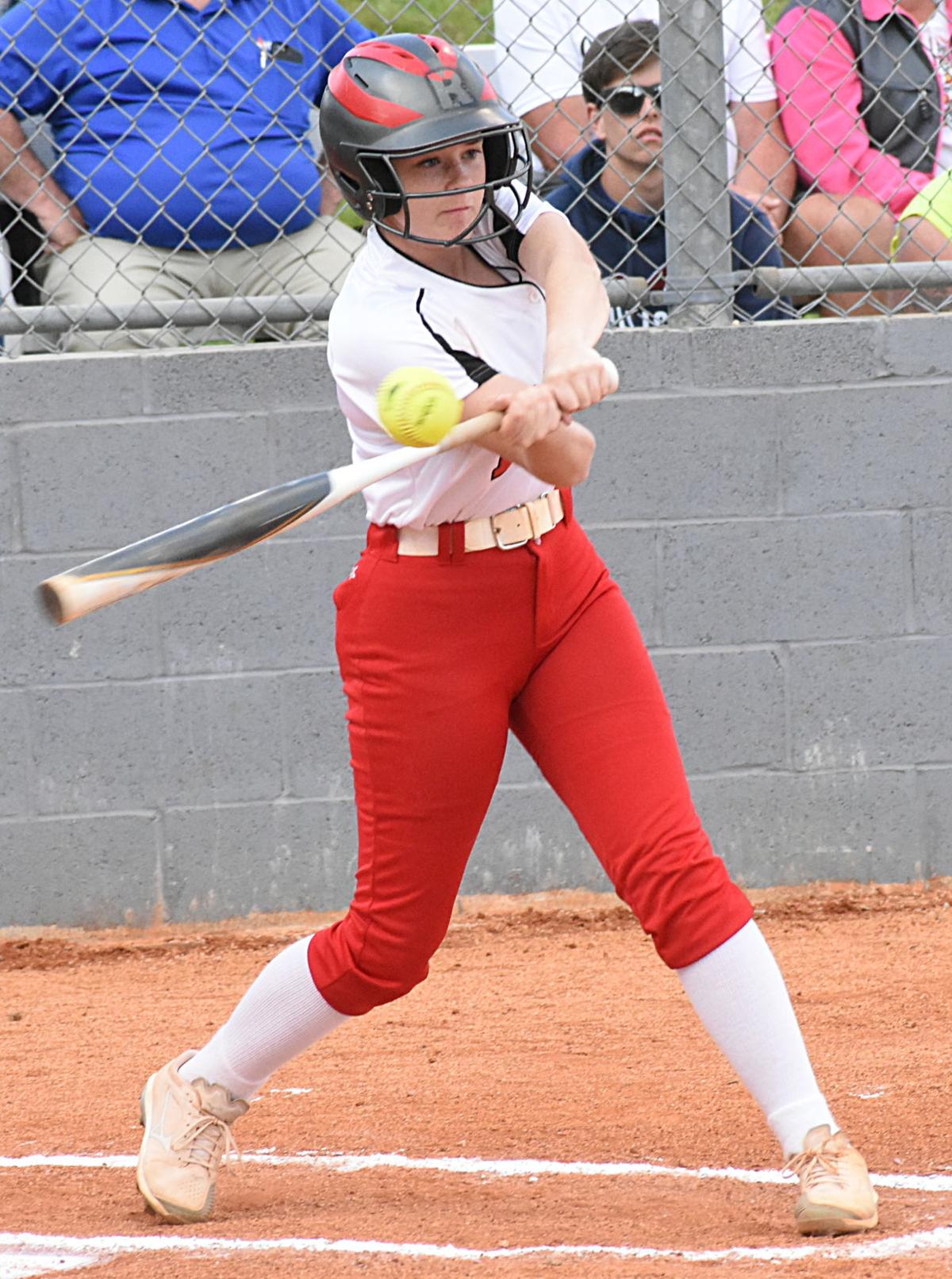 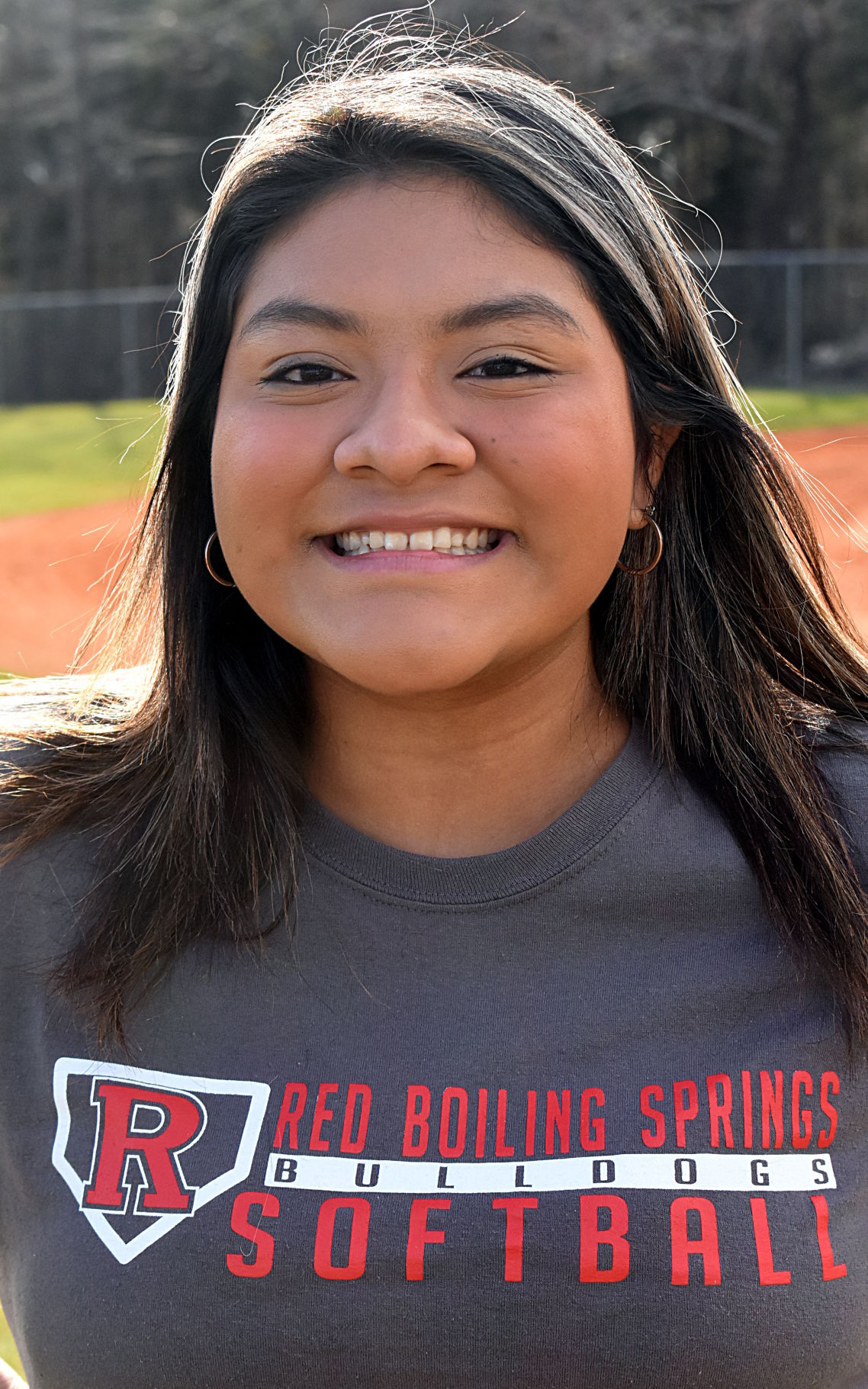 Red Boiling Springs High sophomore third baseman Whitney Birdwell looks to second base before releasing a throw that resulted in a first-inning forceout.

“We just needed to get at win under our belt,” Pruitte said. “It was a tough week for us.

“I knew tonight was goint to be a good night.”

The Lady Bulldogs lost their previous four contests, all district games. RBS fell at Clay County, at Trousdale County, at Monterey and against visiting Gordonsville one day earlier. The setback against Monterey came by one run, and the Gordonsville contest was a 4-2 decision.

“We needed exactly what happened … that outcome,” Lady Bulldog head coach Sean Link said. “When you drop games by one and by two (runs), and you know you could have won it, it’s hard. We led Monterey until the last couple of innings, and they pulled it out on us.”

Pruitte added, “We did really good yesterday (against Gordonsville). We made some errors, but we had to prove that we’re not just taking Ls (losses). We’re going to keep fighting until we can get back on top.”

Then, Pruitte hit a two-run home run over the fence in centerfield.

“I knew the first one was gone,” Pruitte said. “I felt it. It was outside. I was just looking for a base hit.”

Senior Kylee Mendes singled in a run later in the frame, and Sara Link tripled down the first-base line to drive in two more runs. Sloane Link capped the first-inning scoring with a run-scoring single.

The game’s final six runs came in the bottom of the third.

Then, Pruitte ended the game — due to the 15-run, mercy rule after three innings of play — with a two-run home run to left-centerfield.

“It’s a really good feeling,” Pruitte — who has seven career home runs and four this season — said. “When I get to third base, I’m looking for my teammates.”

Sloane Link pitched all three innings, allowing just one hit (a bad-hop single off the bat of Kaley Storie in the first inning).

“We have a huddle, and we talk about confidence every day,” Sean Link said. “Just stay consistent, and good things are coming.”

RBS compiled 11 hits and evened its record at 4-4 against District 6-A competition.

“We have great assets,” Pruitte said. “Each girl has their own thing they provide.”