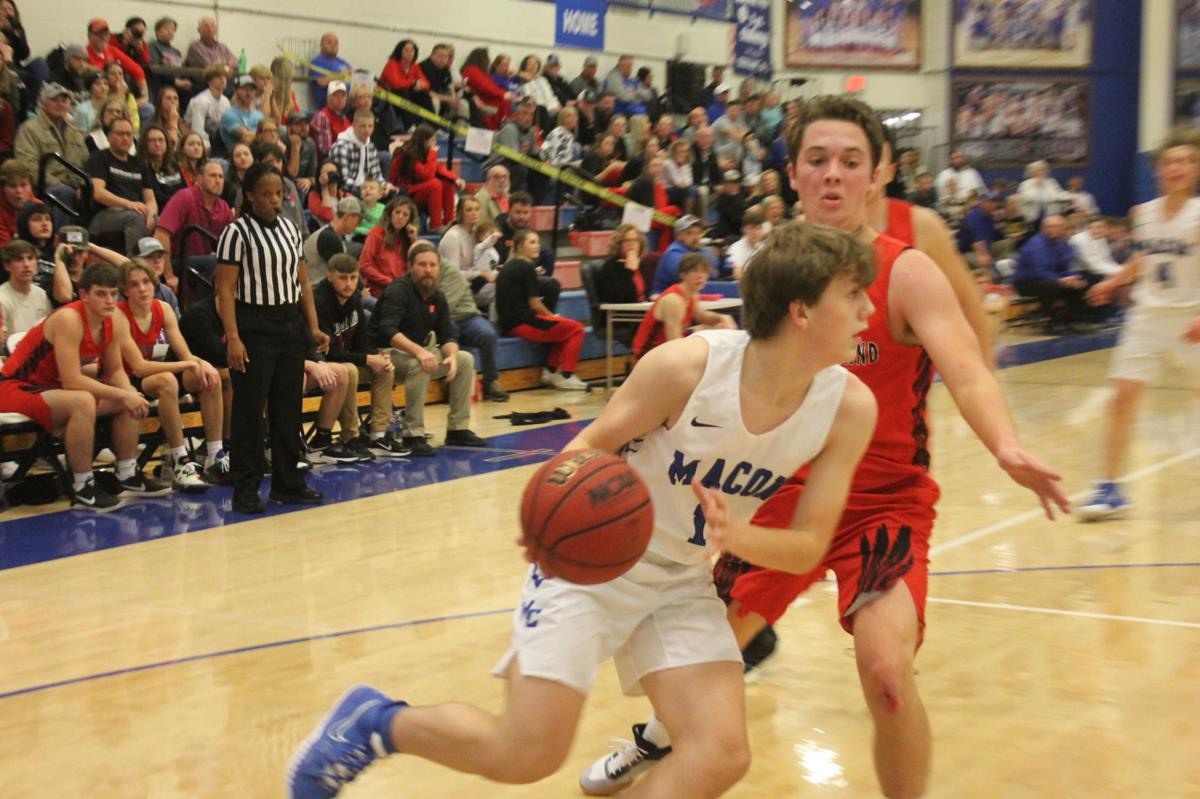 Brady Driver goes to the basket for the Tigers vs. Westmoreland. 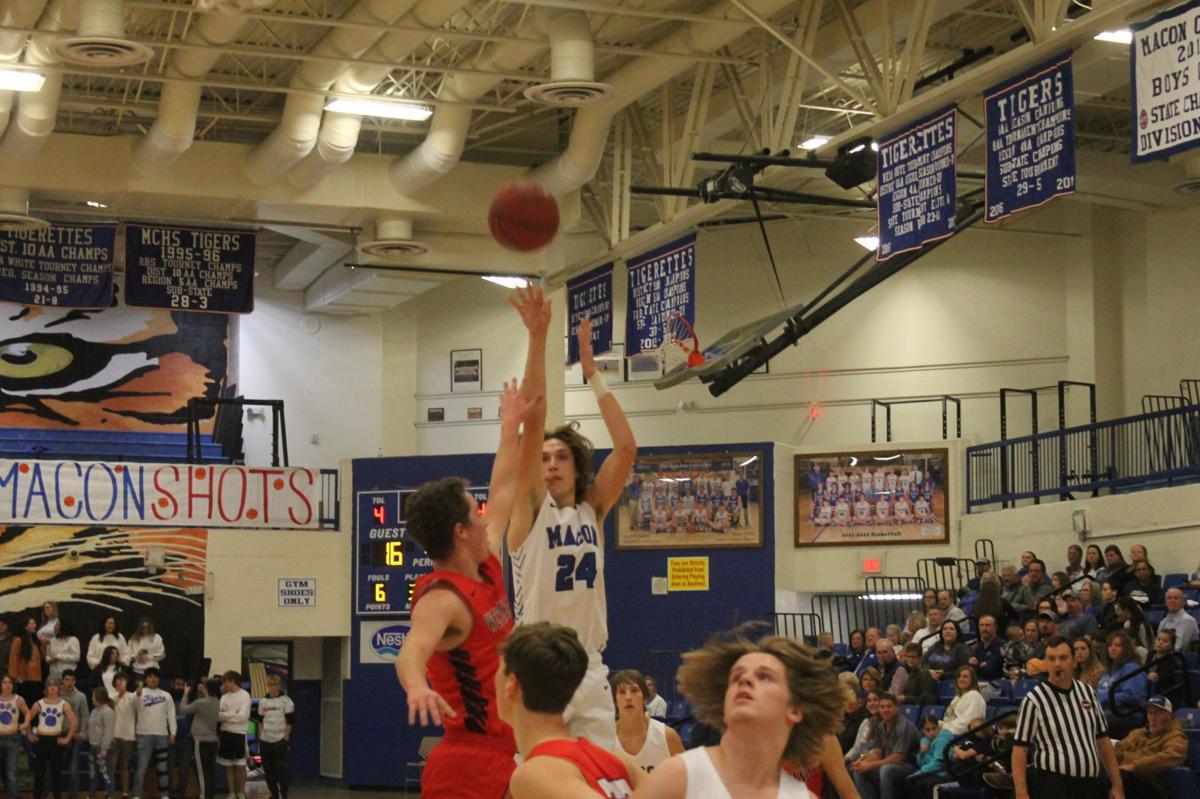 Braydee Brooks scored 22 points for the Tigers in a win over Westmoreland. 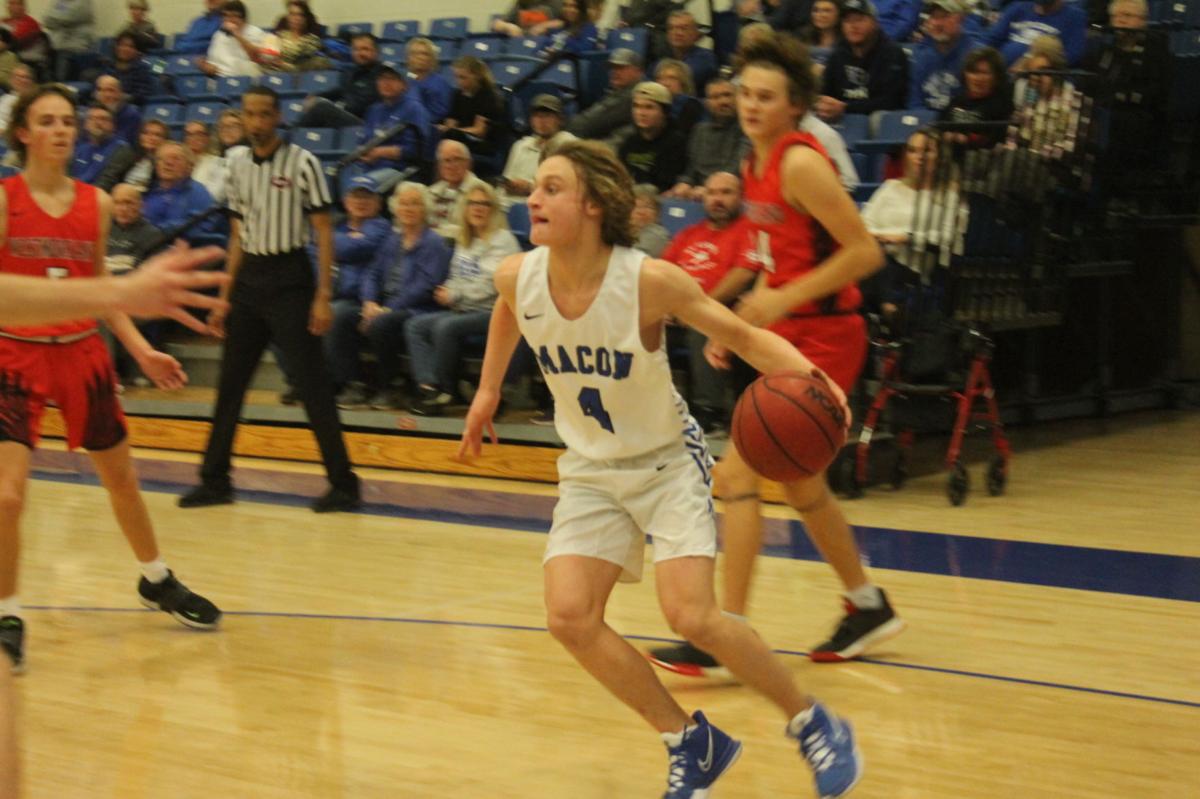 Zach Borders drives the baseline for the Tigers.

Brady Driver goes to the basket for the Tigers vs. Westmoreland.

Braydee Brooks scored 22 points for the Tigers in a win over Westmoreland.

Zach Borders drives the baseline for the Tigers.

The Macon County Tigers used an 13-0 run in the fourth quarter to put away neighboring Westmoreland, 61-51, Tuesday night.

The Tigers trailed by two points before tying the game on Brady Driver’s basket to make it 48-all. At that point, the Tigers began to take control. Hayden Wix’s basket put Macon County back in the lead, and then Braydee Brooks followed that up with two free throws to give the Tigers a four-point cushion.

Driver, who was hot from the outside for Macon County, hit on a three-point shot from the corner, before Brooks followed up with a pair of free throws to extend the Tigers’ run. Zach Borders’ layup capped the Tigers’ scoring spree and put them up 59-48 with less than a minute to play, as they went on to claim the 10-point victory.

“I told our guys during a timeout that they want somebody besides Braydee to score. It’s almost an insult to our guys, and I told our guys to step up. They’re all capable. Our young guys have played in big games in middle school and high school. Brady (Driver) stepped up and made a big three for us when it was tight, and we made free throws down the stretch,” Tigers coach Adam Bandy said. “It was a group effort and a very good win.”

The Tigers broke on top late in the first quarter as Borders scored the final five points of the period to put Macon County ahead 16-11.

Westmoreland battled back to take a one-point lead on two different occasions before the Tigers scored eight in a row to go up 30-23, and maintained that seven-point edge with a 37-30 lead at the half.

Macon County extended its lead briefly to as many as 10 points at the outset of the third quarter on Driver’s three-point basket. But the Eagles chipped away and by the end of the period had cut the Tigers’ lead to just 44-42.

In the fourth quarter, Westmoreland grabbed the momentum and the lead, taking two-point leads on two different occasions, the last time being on Brycen Pardue’s basket that made it 48-46, just before the Tigers went on their decisive run to claim the victory.

Brooks paced the Tigers with 22 points, while Driver and Borders reached double figures as well with 17 and 14 points, respectively. Wix finished with six points, while Cason Gregory added two to round out the scoring for Macon County.

Cumberland Co. 80, Macon Co. 51The Tigers traveled to Cumberland County on Friday night for their first district game, and came up short, 80-51 against the Jets.