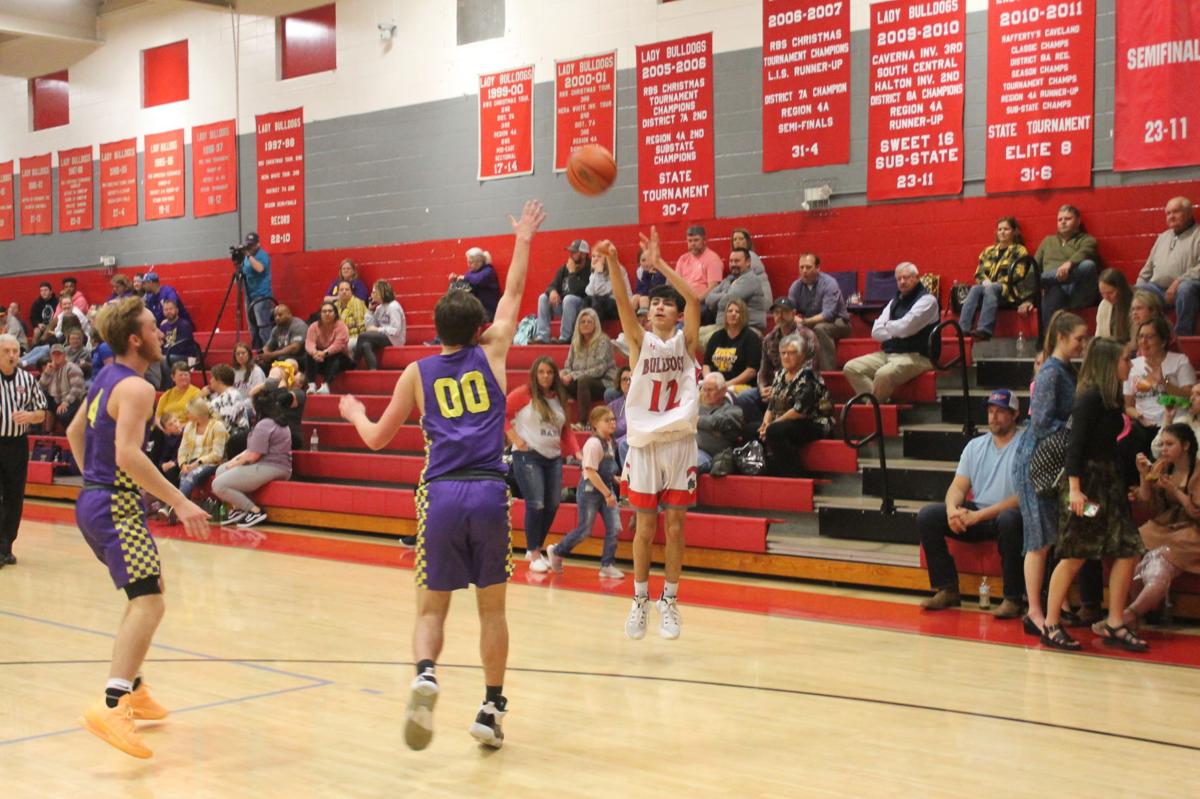 Riley Thompson launches a shot for RBS against Trousdale County. 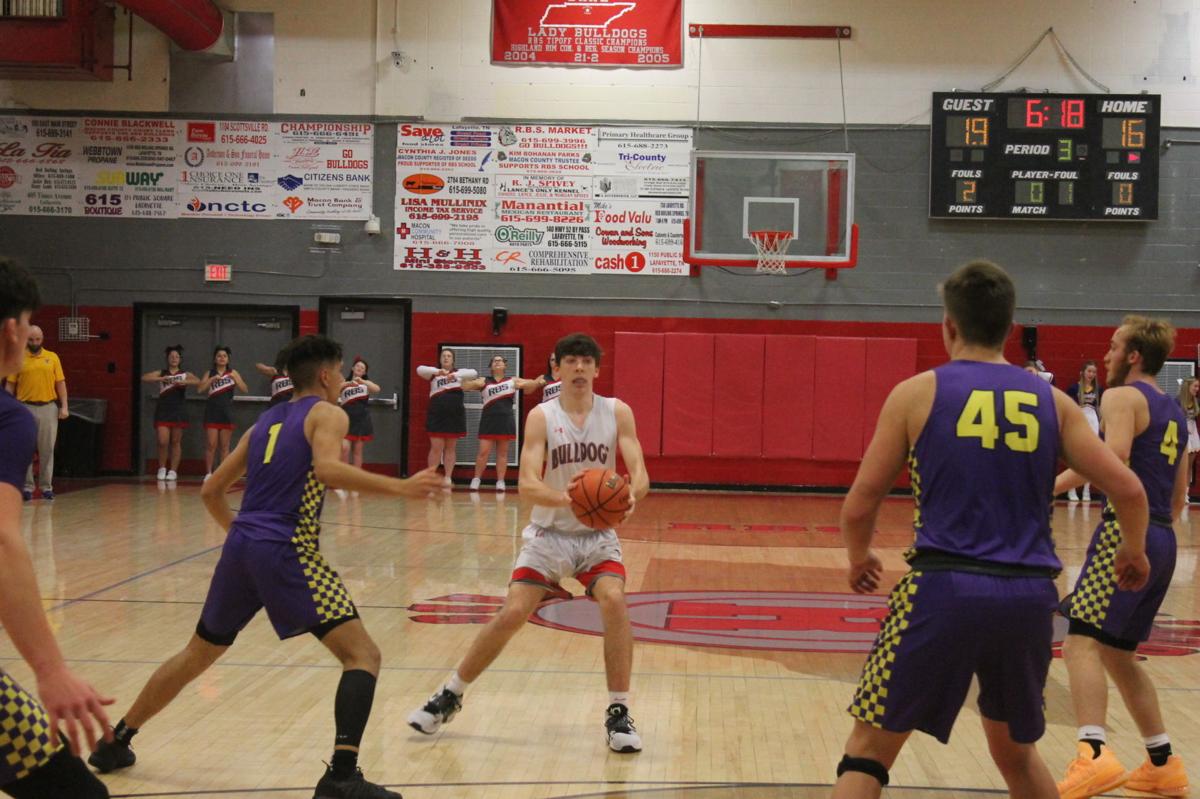 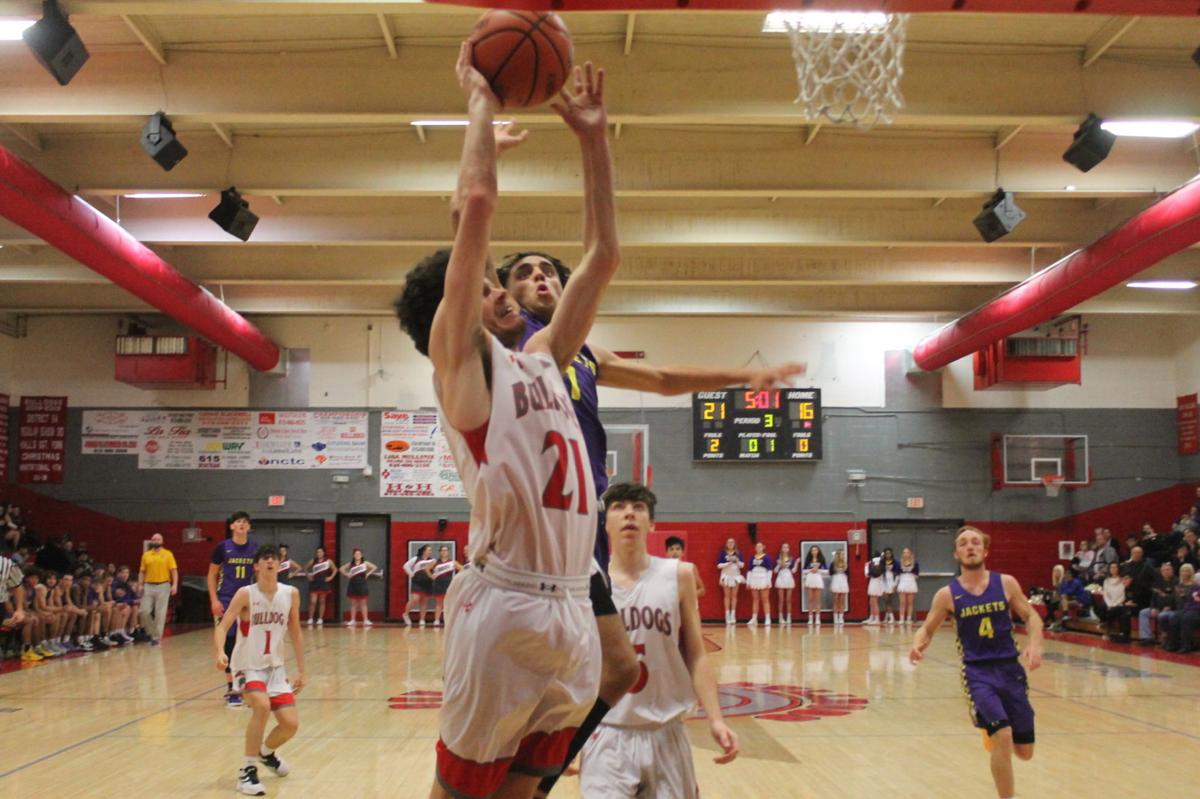 Zach Carter goes up for a layup for the Bulldogs vs. Trousdale County.

Riley Thompson launches a shot for RBS against Trousdale County.

Zach Carter goes up for a layup for the Bulldogs vs. Trousdale County.

The Red Boiling Springs Bulldogs were done in by a rough third quarter in falling to visiting Trousdale County, 47-29, Friday night.

The Bulldogs and Yellow Jackets were tied at 6-6 after the first quarter, and then took a 16-12 lead at the half, thanks to a three-point basket from Colton Copas with four seconds left in the second quarter.

However, the third quarter proved to be the Bulldogs’ undoing, as they had trouble handling Trousdale County’s pressure defense and struggled to make shots on the offensive end.

Meanwhile, the Yellow Jackets began to find their stride, and opened the quarter by scoring the first nine points of the second half. Trousdale would go on to outscore the Bulldogs 21-4 in the period and took ad 33-20 lead with one quarter left to play.

Red Boiling Springs scored the first two points of the fourth quarter on Maxie Wilson’s basket that cut the lead to 33-22. RBS managed to get the lead down to 10 points on another basket by Wilson at 36-26, but the Bulldogs could get no closer and Trousdale County closed out the game winning by 18 points.

Red Boiling Springs goes back out on the road this week, traveling to Pickett County on Tuesday night and to Jackson County on Friday night.