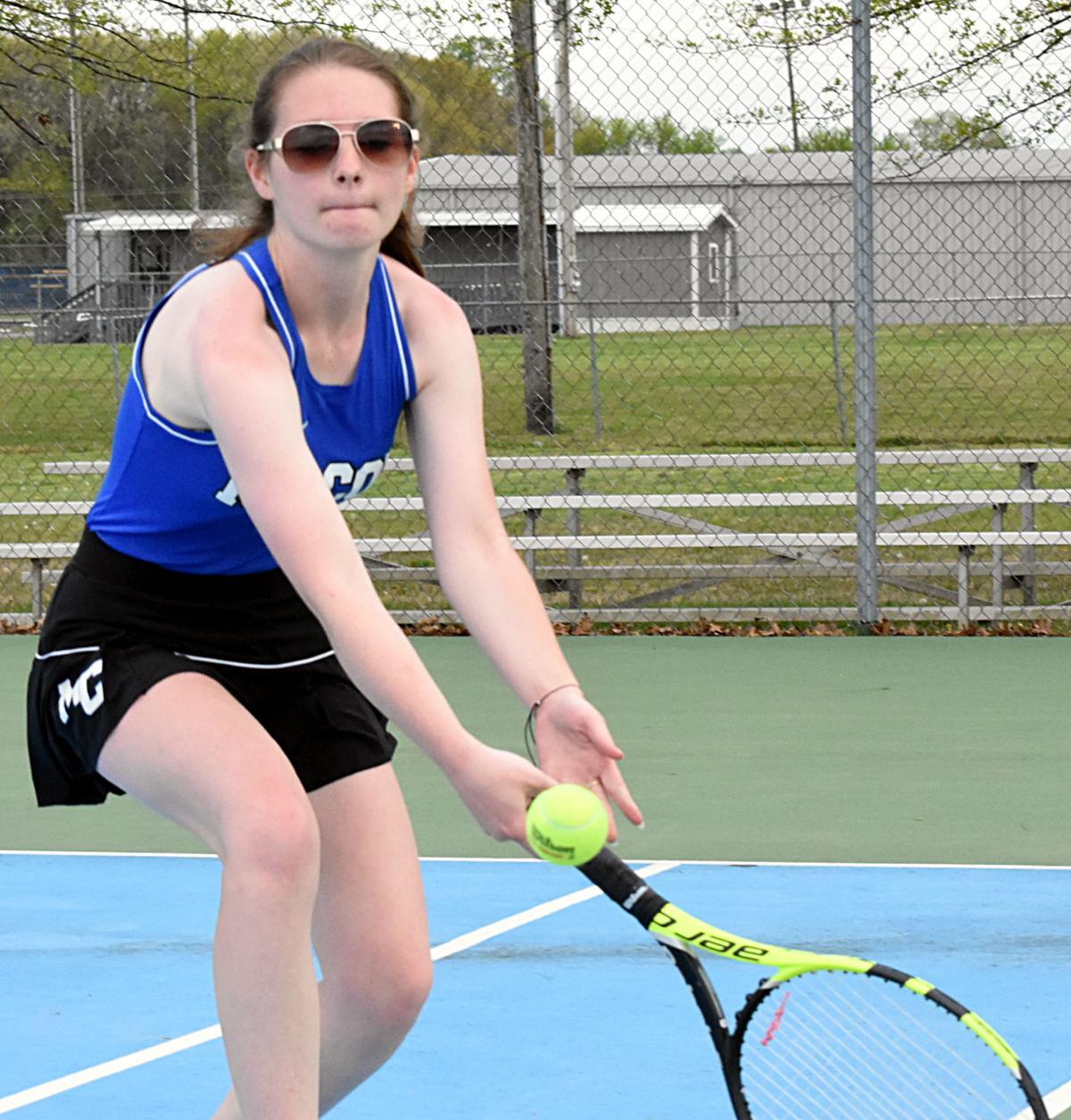 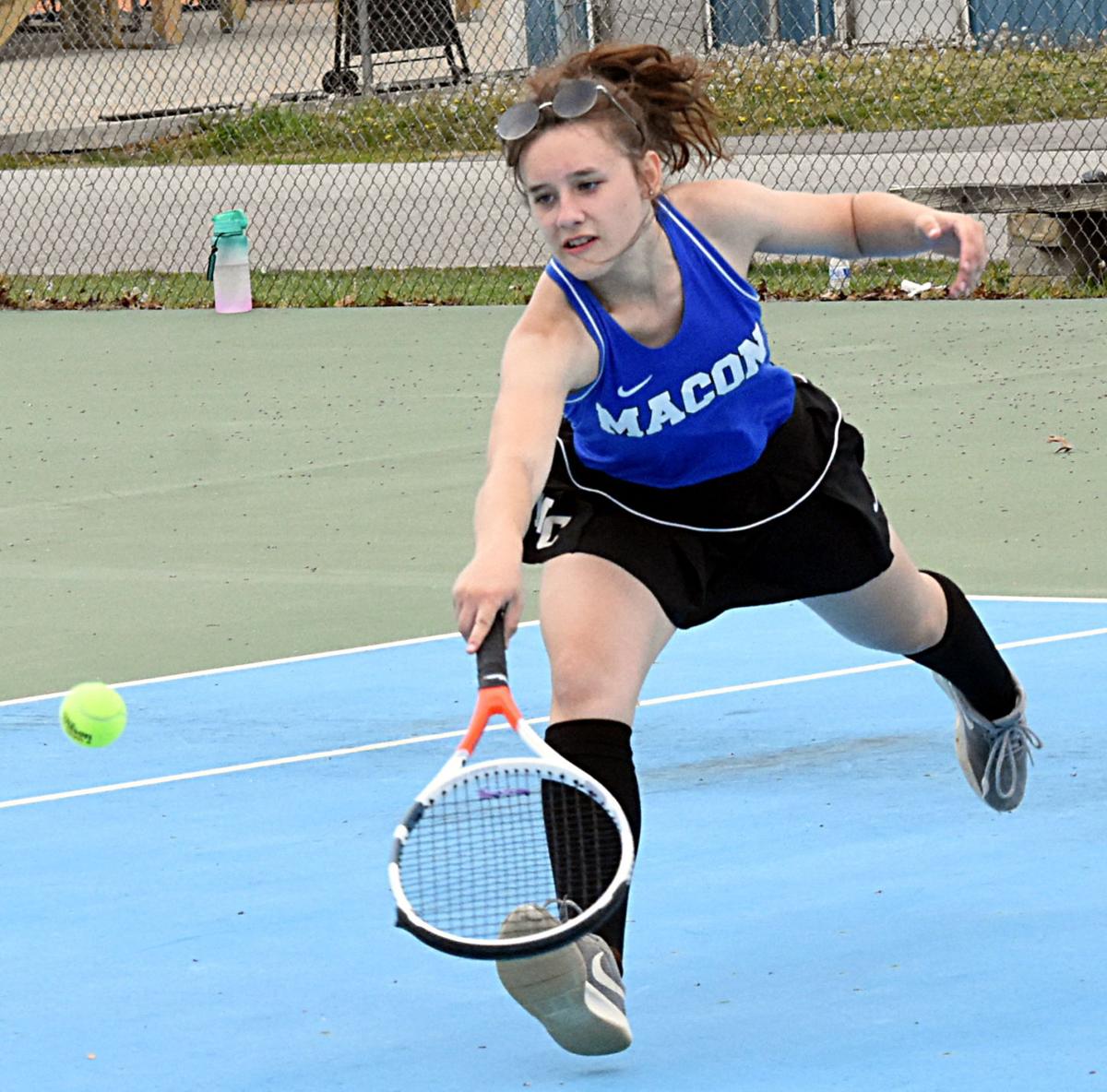 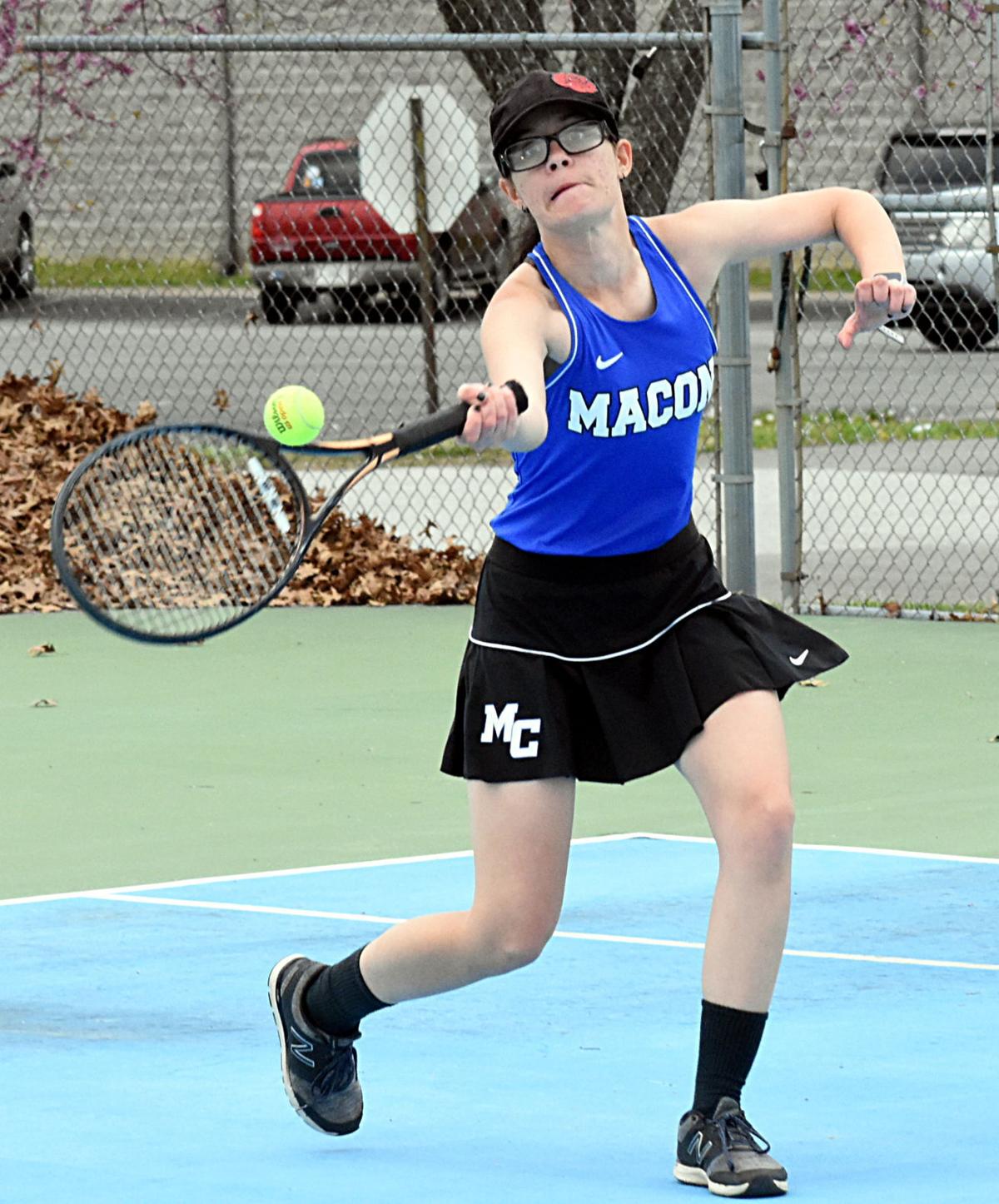 GALLATIN — The Macon County High School girls tennis team claimed a 5-2 victory over Gallatin in a match that was played at Municipal Park on April 12.

The Tigerettes won at No. 1, No. 2 and No. 3 singles and were victorious in both doubles matches as well.

Sophomore teammate Kalie Adams claimed a 6-2, 7-5 win at No. 3 singles, and sophomore Ava Scruggs and Kaydence Wix claimed an 8-6 win at No. 2 doubles.

Sophomore Abby Linville split the first two sets of her match at No. 5 singles, but she dropped a 10-6 decision in a super tiebreaker.

In an exhibition doubles match, Adams and Linville rolled to a 6-1 win.

Then, the doubles teams of Rush/Adriah Scruggs and Wix/Ava Scruggs won 8-0, and Adams and Linville rolled to an 8-1 win in an exhibition doubles match.

However, the visiting Tigerettes suffered a 7-0 loss to Hendersonville at Memorial Park last Thursday afternoon.

The Lady Commandos won all five singles matches in straight sets and claimed both doubles matches by 8-2 scores.

The Macon County boys don’t have enough players to field a full team. Junior Landen Sudduth fell in his singles match against the Commandos by a 9-7 score, and freshman Alex Sircy suffered an 8-5 setback.