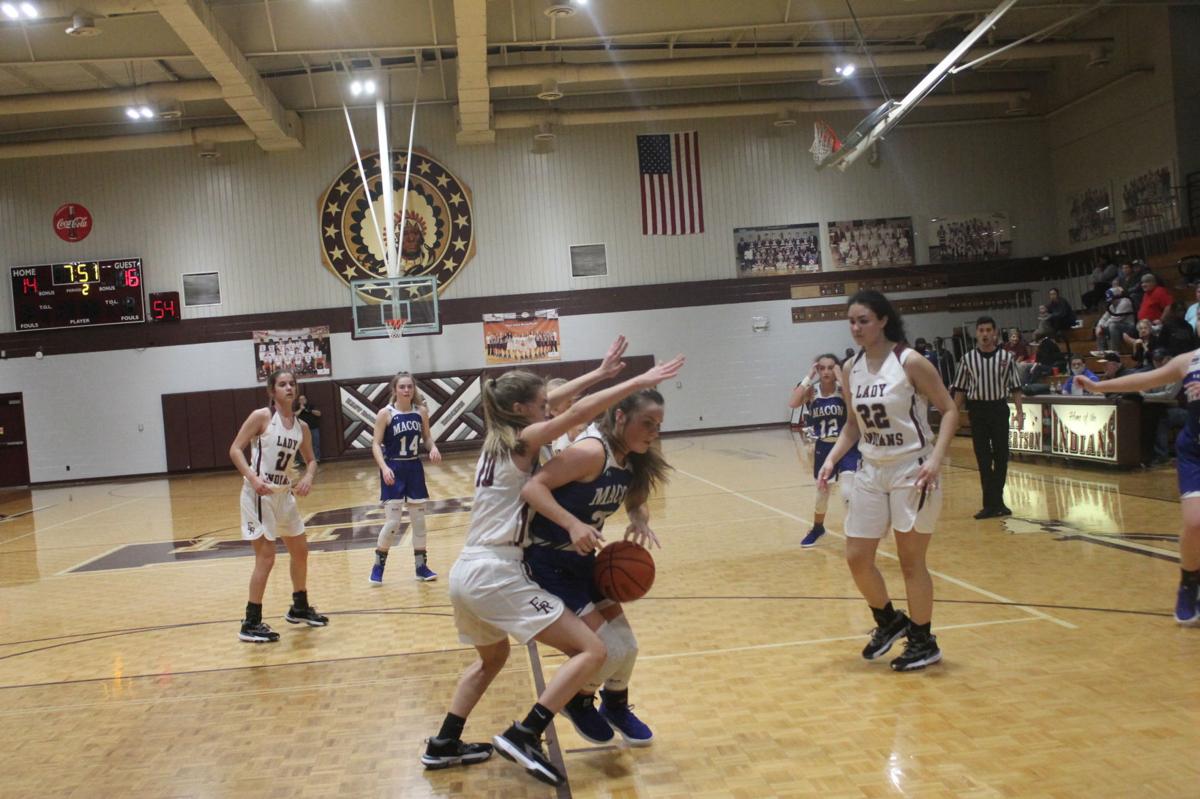 Karly Ramsey tries to make a move to the basket against East Robertson. 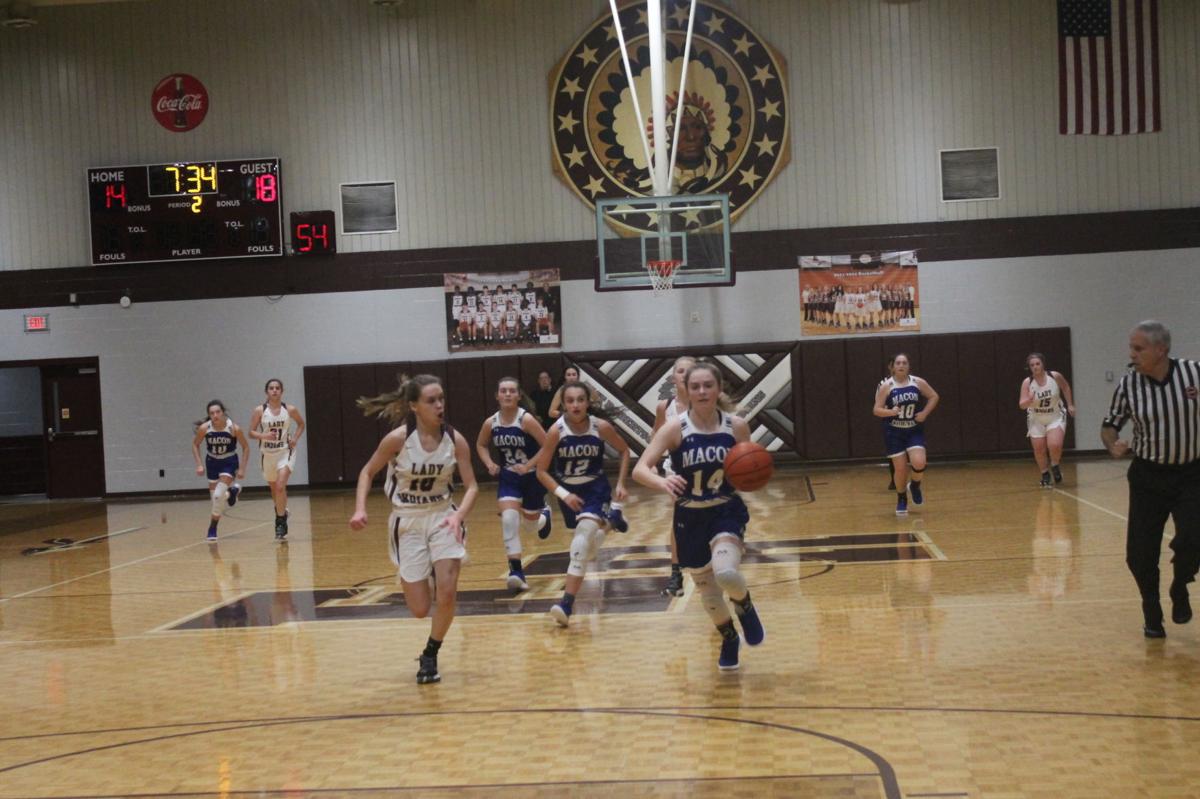 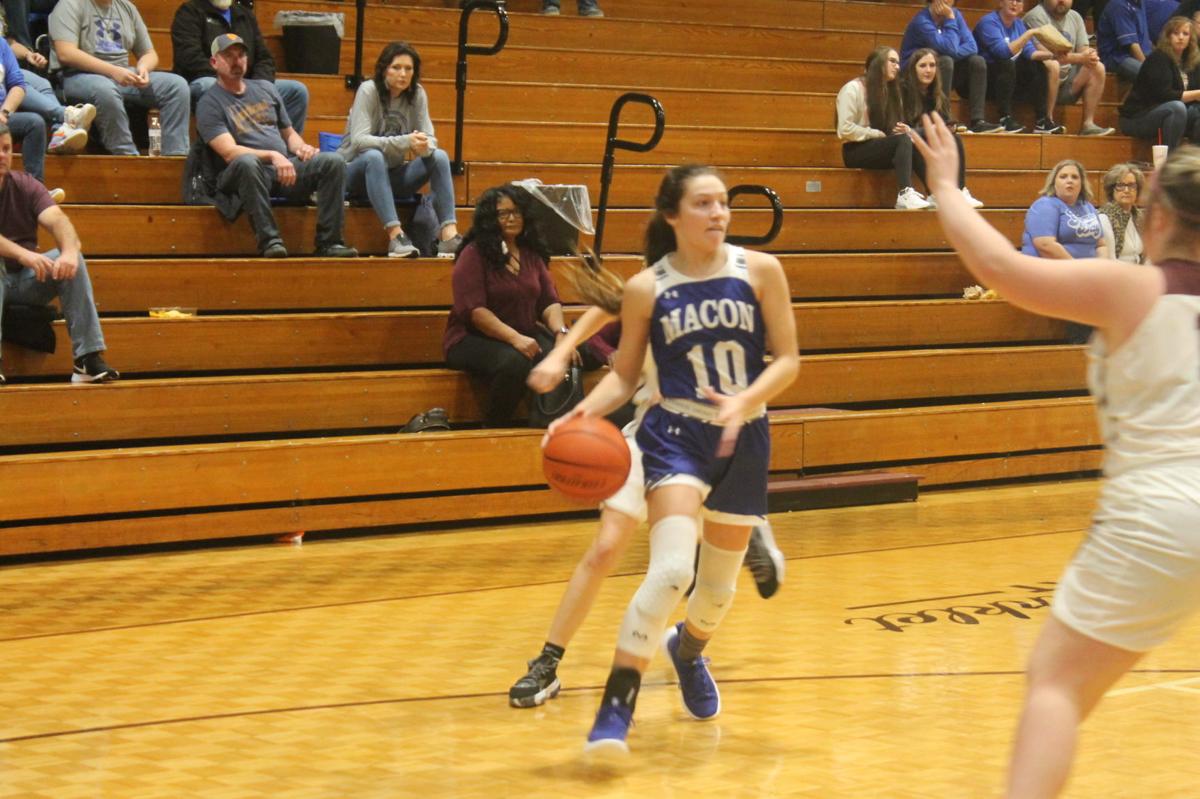 Kyra N. Gregory gets ready to pass the ball in the Tigerettes' win over East Robertson.

Karly Ramsey tries to make a move to the basket against East Robertson.

Kyra N. Gregory gets ready to pass the ball in the Tigerettes' win over East Robertson.

On Thursday, Macon County posted its second win of the event and third victory in a row, besting Greenbrier, 71-57.

Against East Robertson, the Tigerettes placed three players in double figures in defeating the Lady Indians.

Natalie Green was a presence inside for Macon County, making 9 of 12 shots and scoring a career-high 18 points in the game and also grabbing eight rebounds. Karly Ramsey scored 16 points and added four assists for the Tigerettes, while Kaydence Walrond also reached double figures with 10 points.

Macon County trailed early in the game by as many as five points, but rallied late in the first quarter to take a 16-14 lead.

The second quarter was where the Tigerettes began to take control of the game. Macon County got three-point baskets from Walrond and Kyra S. Gregory as part of a 14-2 run to start the period that pushed the lead into double figures The Tigerettes maintained a 14-point lead at the half, leading the Lady Indians 35-21.

Defense sparked the Macon County dominance, as the Tigerettes abandoned a full-court press they had used in the first quarter in favor of a half-court man-to-man defense that shut down the Lady Indians for much of the period.

In the third quarter, the Tigerettes continued to stay in control of the game and extended their lead to 20 points by the end of the frame, 51-31.

The fourth quarter scoring was close, but the Tigerettes already had the game in hand.

“This was our best effort of the year,” Macon County coach Larry White said. “We did a good job of making the extra pass and we took good care of the basketball.”

Macon Co. 71, Greenbrier 57The Tigerettes won a high-scoring game against Greenbrier, putting up 41 points in the first half to take a 10-point halftime lead.

Macon County led 20-10 after the first quarter, and then each team scored 29 points in a high-scoring second period as the Tigerettes maintained the edge.

The Tigerettes went on to score a season-high in points, led by Karley Ramsey, who had a career-high 24 points. Kyra N. Gregory also achieved a career high with 17 points, while post player Natalie Green had a double-double, scoring 14 points and grabbing 13 rebounds.

Other scorers for the Tigerettes were Kaydence Walrond and Laityn Kirby with eight points apiece.

The Tigerettes will return to action Tuesday night when they have a tall challenge against district foe Upperman.