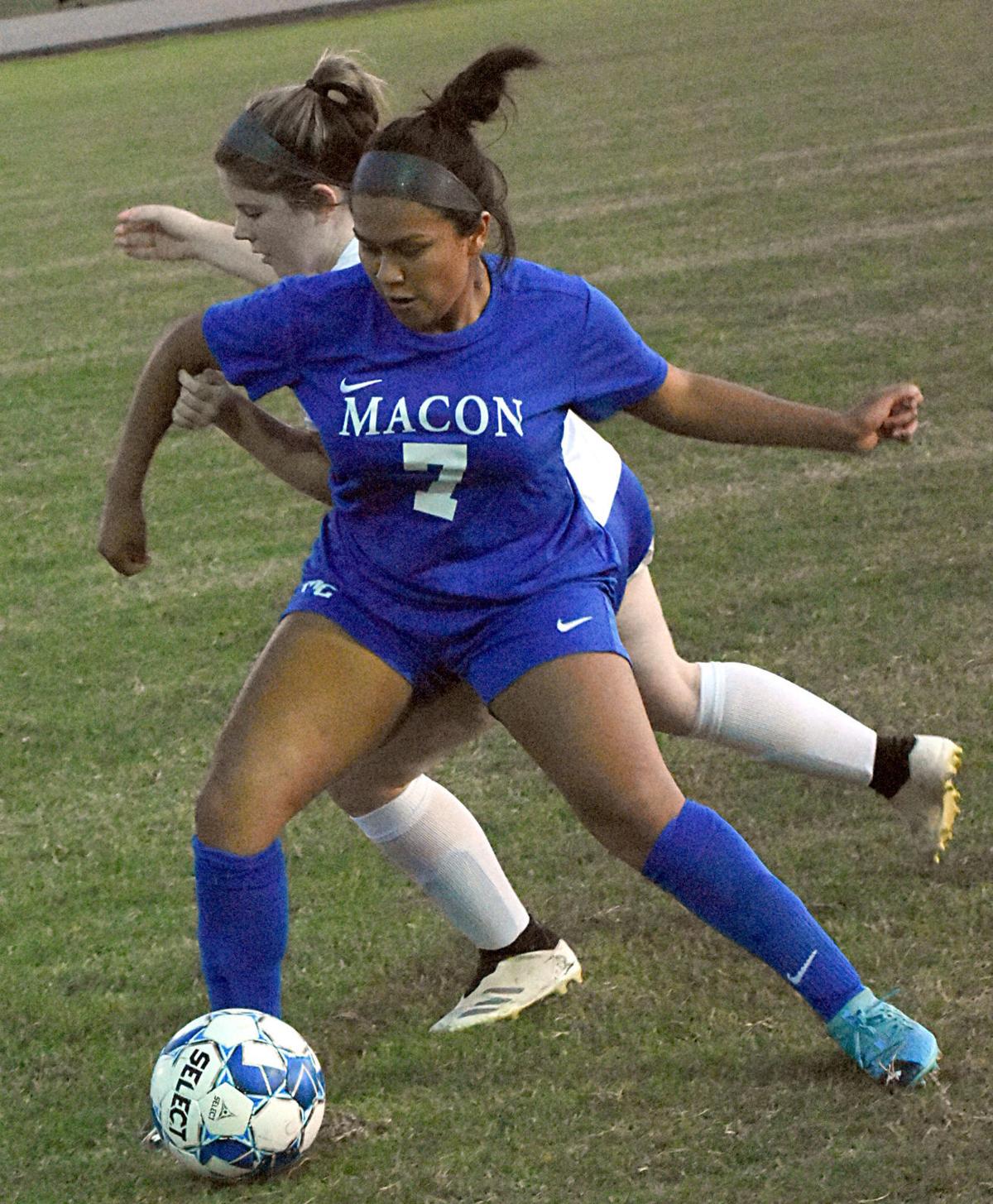 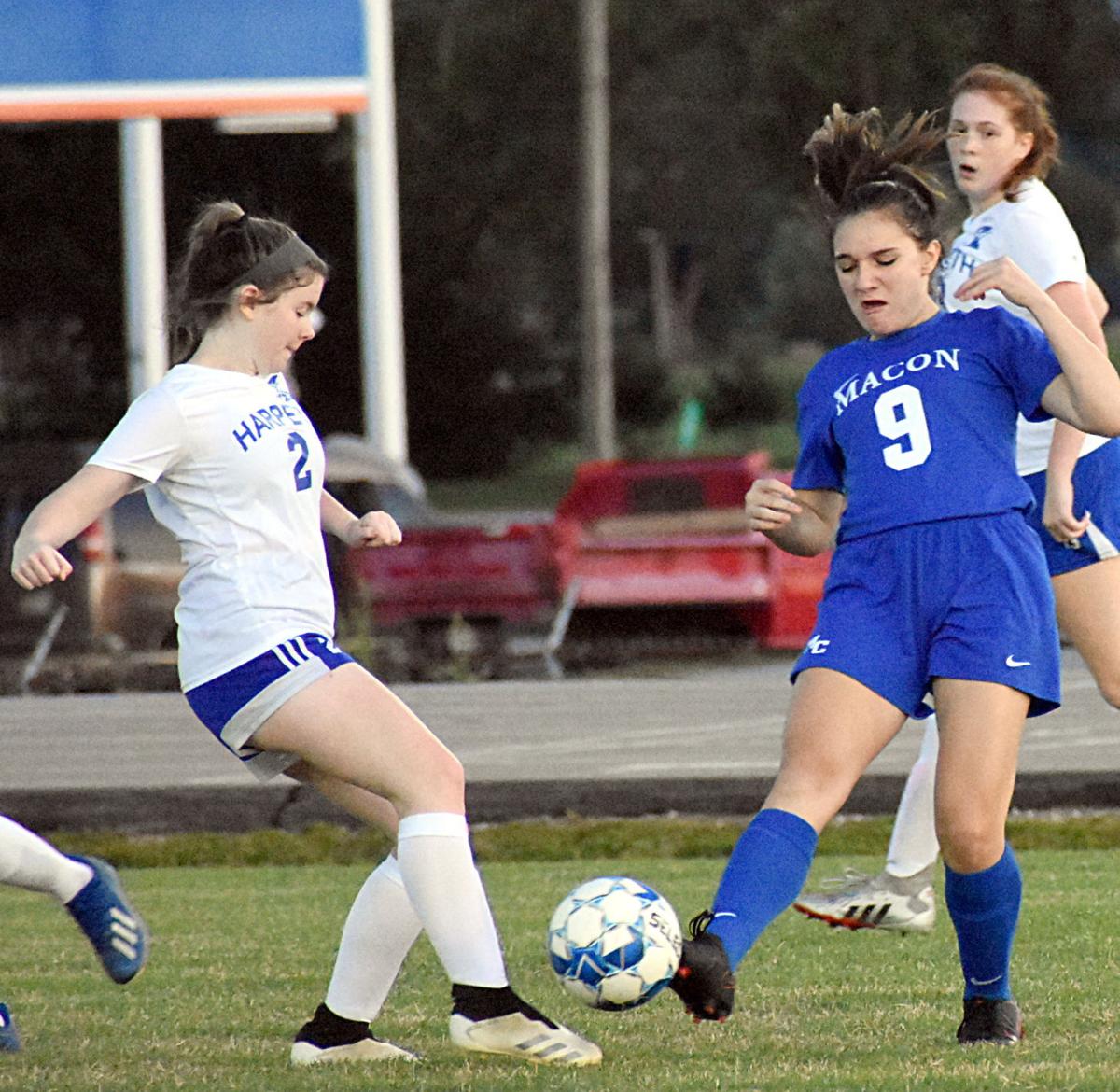 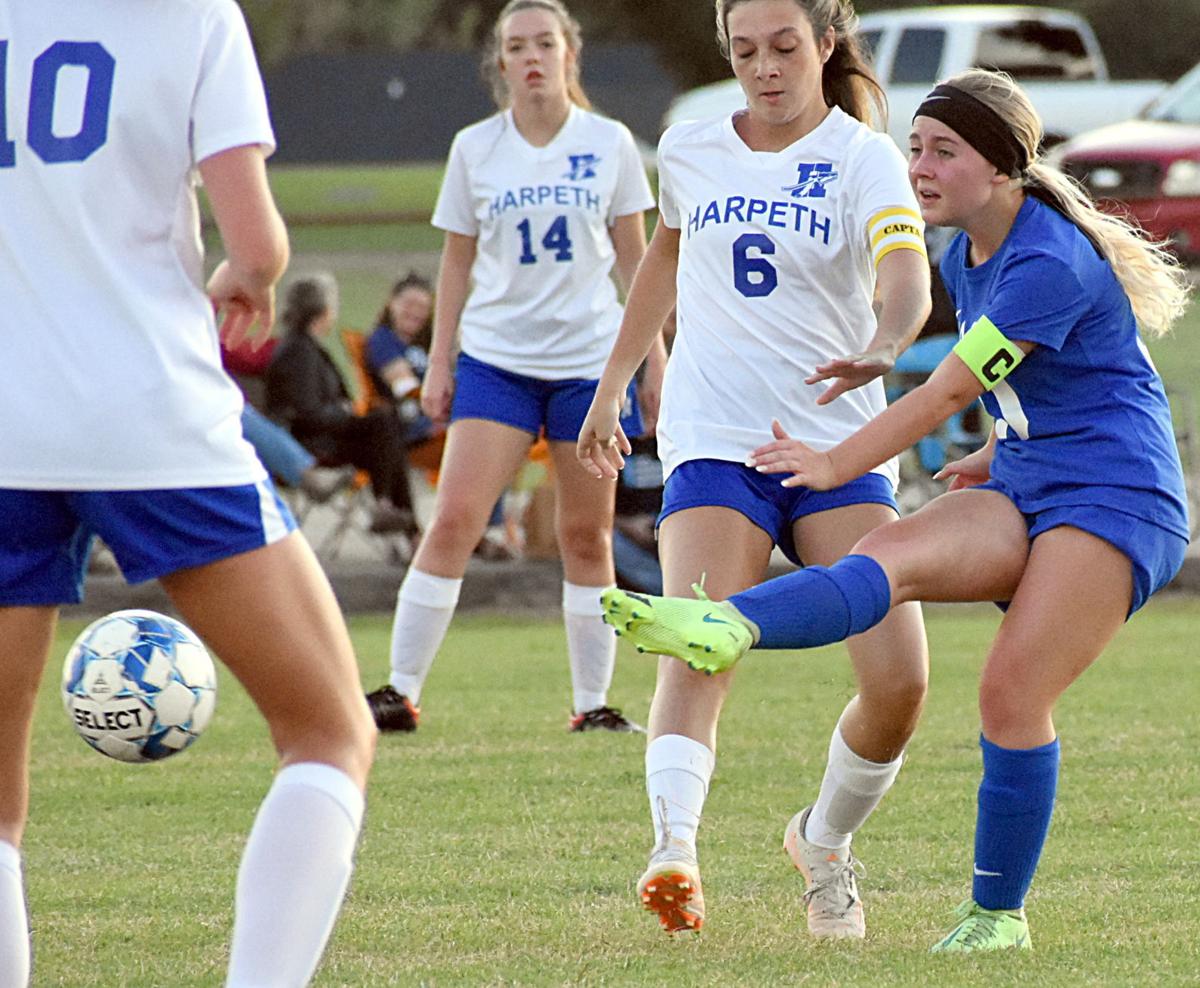 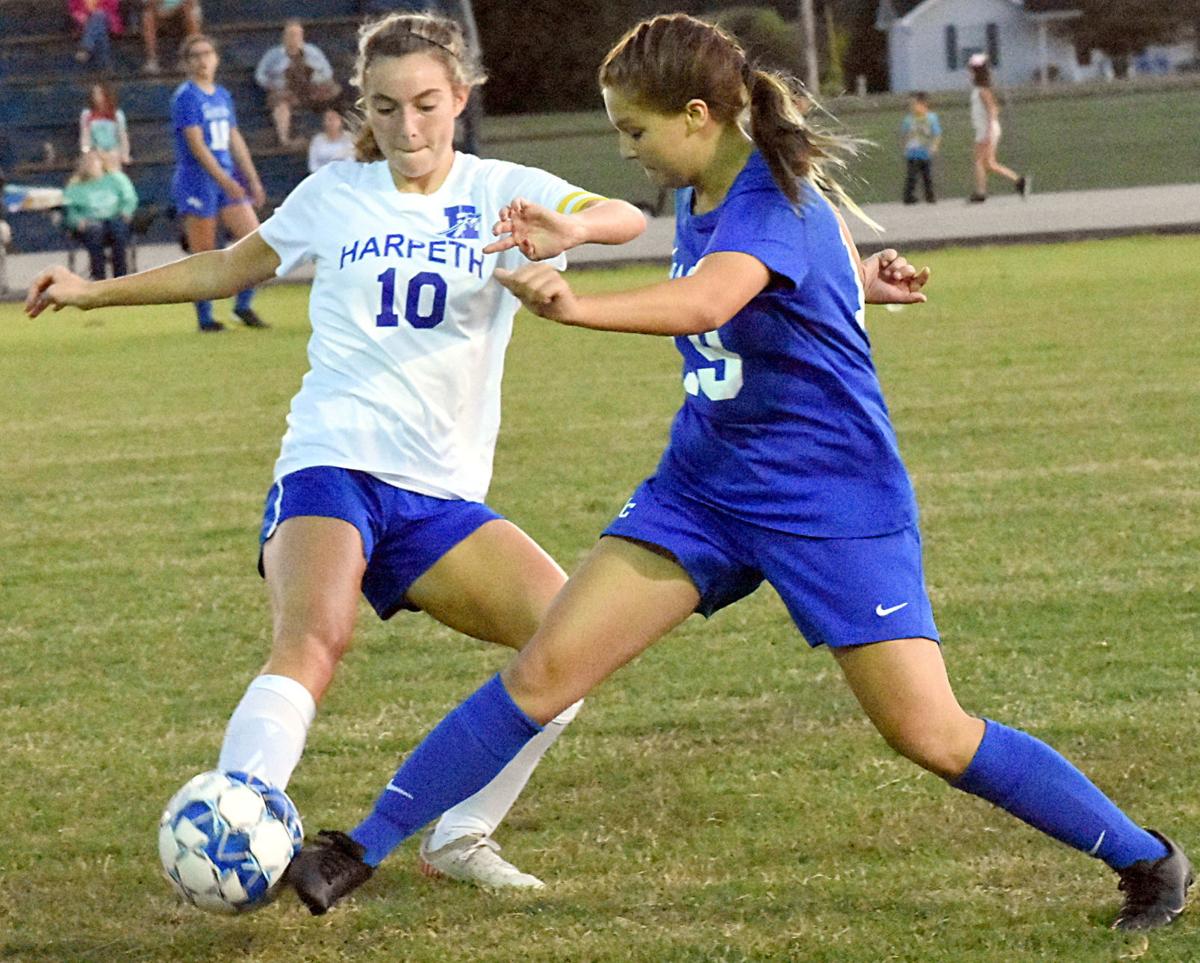 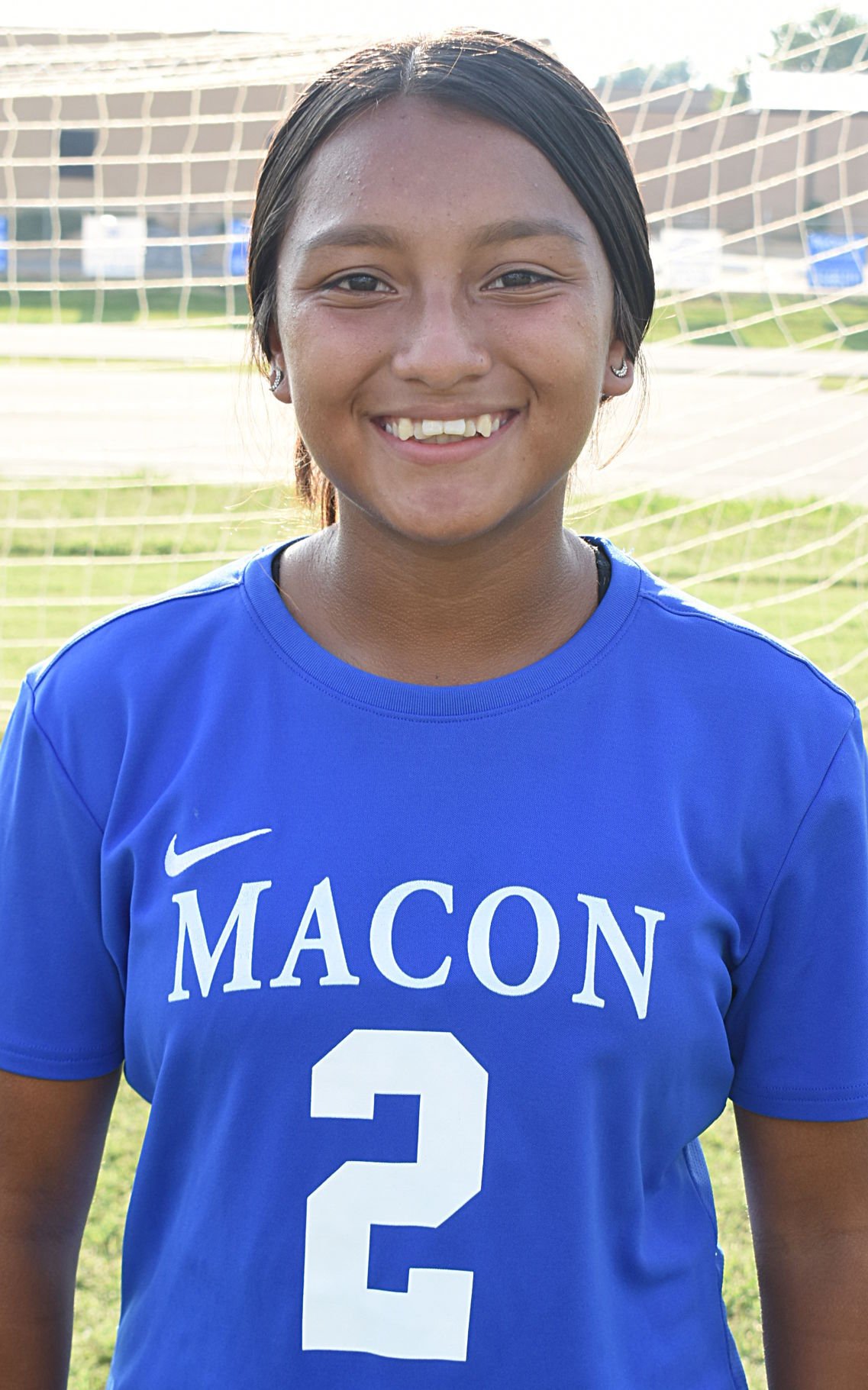 Then, the Tigerettes were actually victorious for the second time in three days, capturing a 3-2 win over visiting Harpeth last Thursday evening.

Gabby Romero was in action for the first time this season on Thursday.

However, it was Ashley Romero who struck first, maneuvering through the Lady Indian defense and firing a shot that found the net.

“We really didn’t know what to expect (from Harpeth),” Ashley Romero said. “As soon as I touched the field, I was ready to play.”

However, Harpeth freshman Mary McWilliams sent a corner kick into the box in the 25th minute, and it ricocheted off a Tigerette defender and into the goal to tie the contest.

The match remained tied until halftime.

“Tonight, early on, we had trouble responding,” Macon County head coach Terrance Pryor said. “We were sluggish. We were flat.”

However, the Tigerettes (2-4-1) picked up their play in the second half, with Ashley Romero winning a 50-50 ball near the top of the box, gaining control and firing a shot into the left side of the goal.

“It was really good,” Pryor said of the team’s intensity in the second half. “Typically, it’s been the other way around.

“We didn’t close the game as well as we would like, but when we play with the right energy, we can be a pretty good team.”

Then, in the 55th minute, a free kick from the right side sailed into the middle of the box. A Lady Indian defender halted the free kick’s progress, but freshman Taylor Green punched the ball free and placed a diagonal shot into the left side of the net for a 3-1 advantage.

Green is one of numerous freshmen and sophomores who are playing extensively for Macon County.

“Since the freshman came up, we gained a lot of confidence,” Ashley Romero said. “We’re going to gain a lot more talent when the eighth-graders come up. Moving forward, we are going to be a good team.”

Harpeth sophomore Sarah Snead scored with 2:45 remaining, pulling the Lady Indians back to within a goal, but the Tigerettes managed to hold on.

“We had a couple of close results early in the year that didn’t go our way,” Pryor said. “Our energy on Tuesday night was off the charts.

“It’s huge for them to starting seeing that we can be a good team. Yes, they’re young, but it’s big for them to be seeing some results already.”

Ashley Romero added, “We won all our games this week. It’s been good … it’s been a good week. It really does (give us confidence). We are going to do our best, try to win a few matches and see where that gets us.”