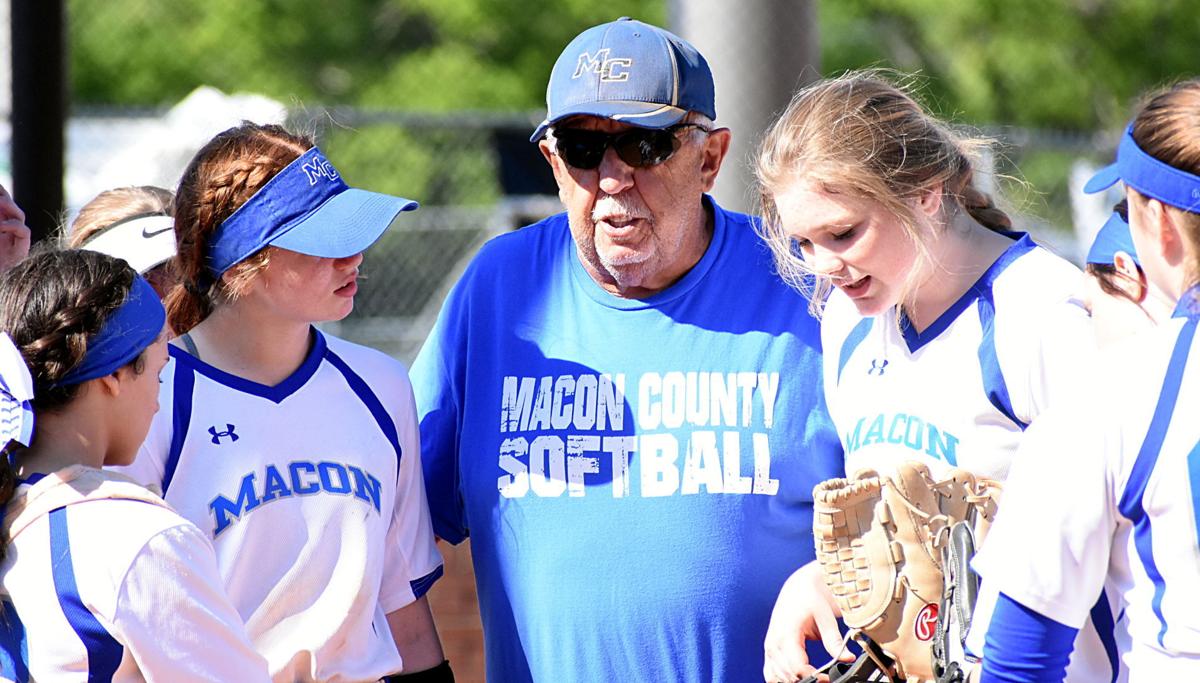 John Conditt led the Macon County High School softball program to two regional-tournament appearances and a sectional appearance over his five seasons at the helm of the program. 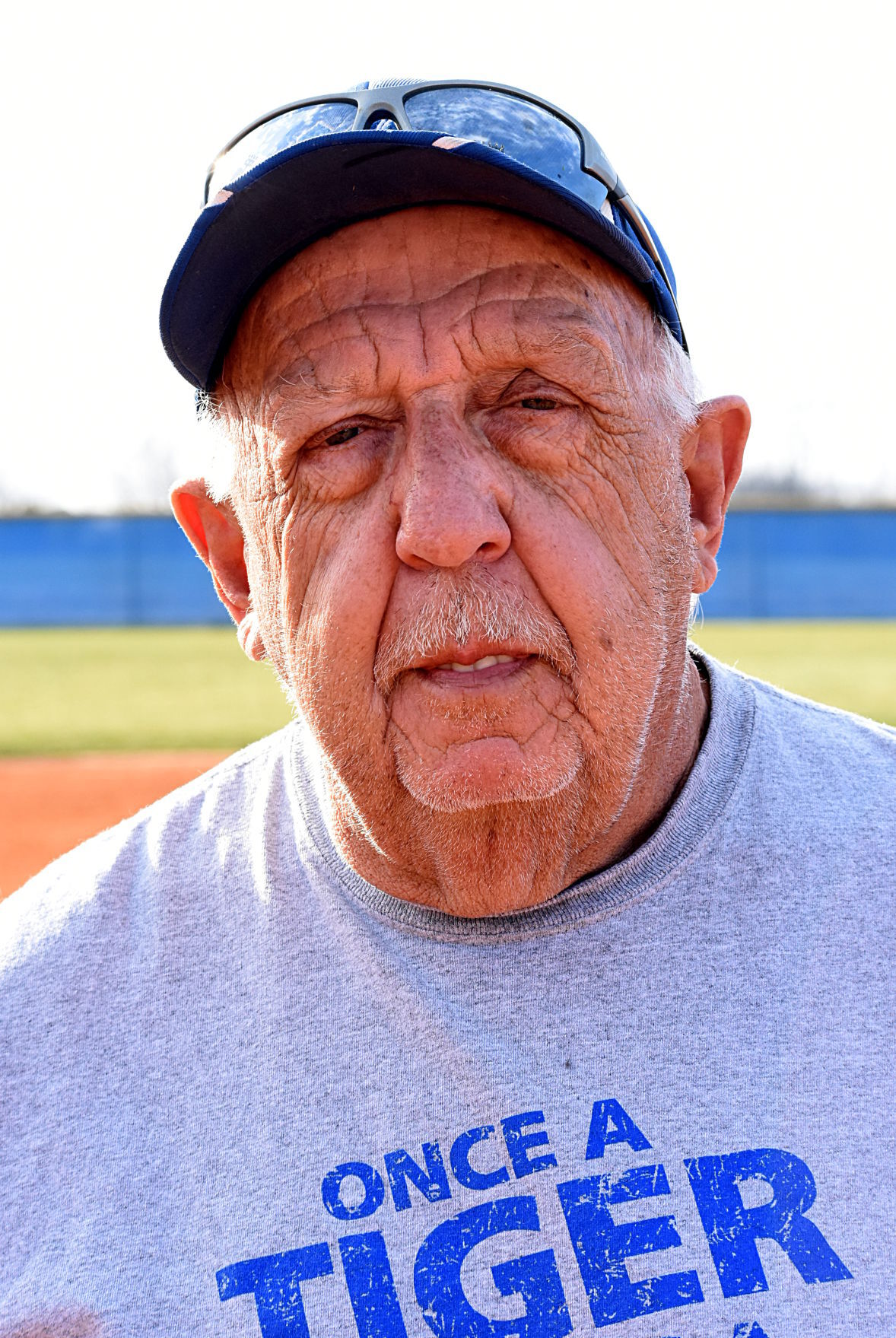 “One of the things that factored into it was the drive,” the 72-year-old Conditt — who resides in Elmwood community of Smith County — said. “It’s 90 miles round-trip. Every game was an away game for me … but that’s ok. I knew that going into it.

“We start (workouts) the Tuesday after Labor Day. We go four days a week until Christmas. Then, after the first of the year, it’s five days a week. That’s a lot of it. A lot of hours go into besides the (on-the-field) stuff.”

“I was pretty surprised when he had told us,” Macon County High rising senior Trista Jenkins said. “I was not expecting him to leave, but all good things come to an end at some point in our lives.”

Conditt has led the program for five seasons, compiling a 115-43-2 overall record and a 41-9 mark against district competition.

“I have a granddaughter who I haven’t been able to spend very much time with who lives about eight miles from me,” Conditt said. “I like to play golf. I like to travel. I like to do other things too.”

Conditt’s first and last seasons were the program’s most successful as far as postseason advancement. In 2017, the Tigerettes reached one of eight Class AA sectional contests before suffering a 1-0 loss at Chattanooga Central.

Macon County fell one win shy of reaching the regional tournament in 2018 and 2019 (though the program won the regular-season district title in 2019). After the 2020 season ended after one week due to the COVID-19 pandemic, the Tigerettes placed second in District 8-AA this spring and advanced to the region once again, suffering a 20-4 loss at Sequatchie County in a Region 4-AA Tournament semifinal contest.

“You want to leave a program better than you found it,” Conditt said. “I think I can say that walking away from Macon County, and that’s not knocking anyone else … but I think I’m leaving it better than I found it.”

“With Coach Conditt being my high-school ball coach for three years and me being used to the way he coaches, how we practice, and just in general the way he does things, I think with my senior year coming up, it’s going to be a big change to get used to,” Jenkins said. “I think all the girls will miss him more than we all thought we would. He may not be coming back, but we all know he will support us and be there whether we need someone to talk about college ball or are looking for a travel-ball team.”

Conditt has previously coached football and softball at various schools in both Tennessee and Texas.

Prior to Macon County, he served as the head softball coach at Antioch High, Whites Creek High and Page High School.

“I’ve been coaching since I was 22,” Conditt said. “The first job, me and my best friend coached a Babe Ruth team. We laugh about it. He went on to be a very successful coach.

“At 22, you think you knew it all. We got baptized real quick about how coaches are.”

“He’s one of the best coaches I’ve ever been coached by,” Jenkins said. “Between all the yelling he does, we all know he will do anything he can for us. I know I personally won’t ever forget the Bible studies we had before practice and him taking up 30 min of practice time to talk about the Lord, or all the little sayings he’d tell us throughout practice. Me personally, I think I heard, ‘You’re slower than my dead grandmother,’ more times than I’d like to remember. I wish him the best, and I know he will always be one phone call or text away.”

While Conditt has no immediate plans to coach at another school, he doesn’t rule out that possibility in the future.

“I’ve already been approached by two different people, asking me to help them,” Conditt said. “The answer is no … not right now.

“I have a lot of contacts, other coaches, people in newspapers. That’s rewarding, to know you’re respected by the media and other coaches. Being a part of the (Tennessee Softball Coaches Association), you make contacts. That’s cool.”

Conditt plans to attend Macon County games as often as he can next season.

“I want the kids to have an outstanding program and an outstanding four years in high school,” Conditt said. “I want to try to do what is best for their child.

“It’s going to be hard (being away from the game). It’s been my whole life. We had a small team this year, but they were fun to coach. I looked forward to practice every day, and I told Beverly and I told Ben … anything I can do to help that program, I will do. Why I wouldn’t do that? That wouldn’t be right ... and I’ll be at the games when I can.”