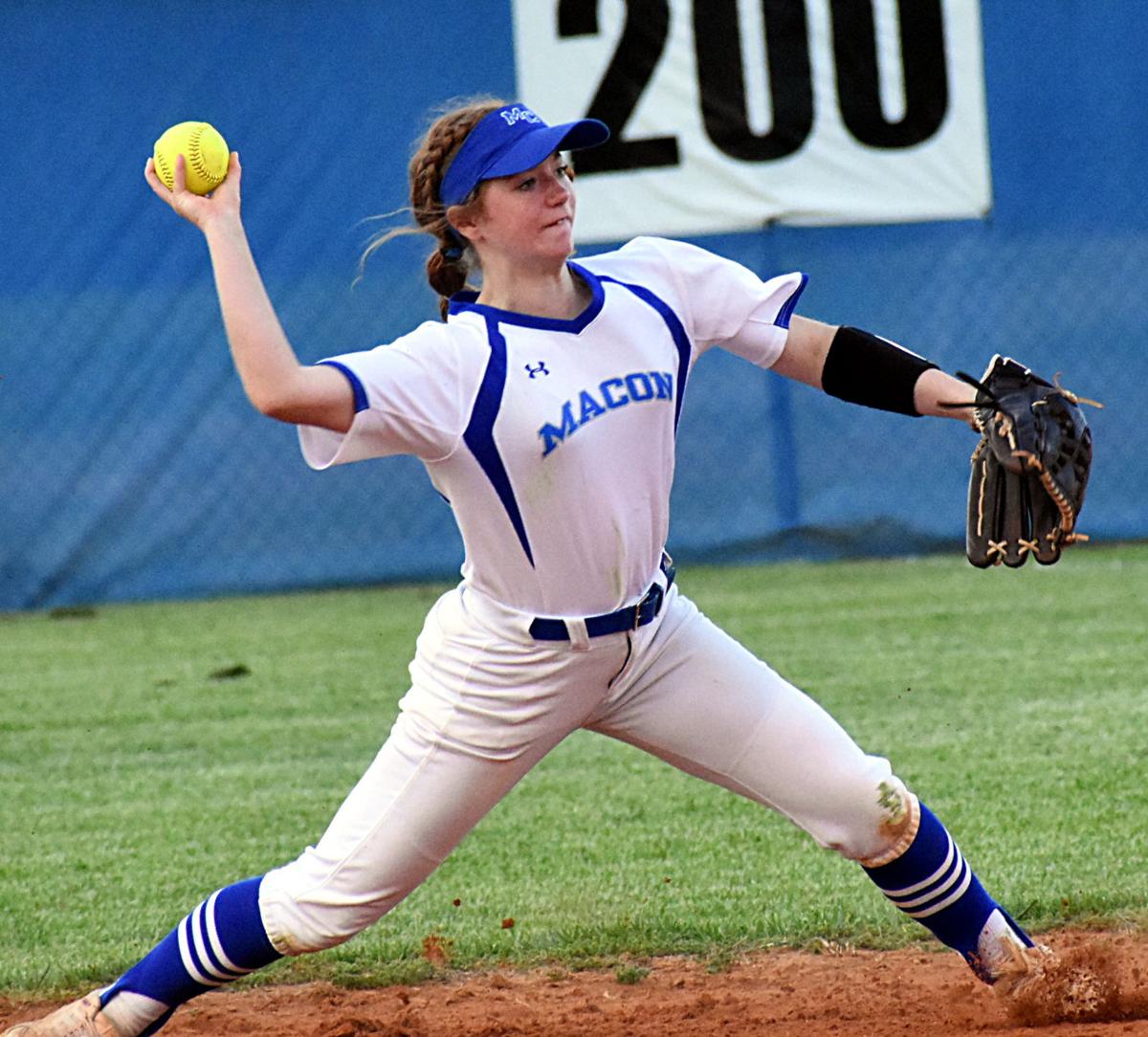 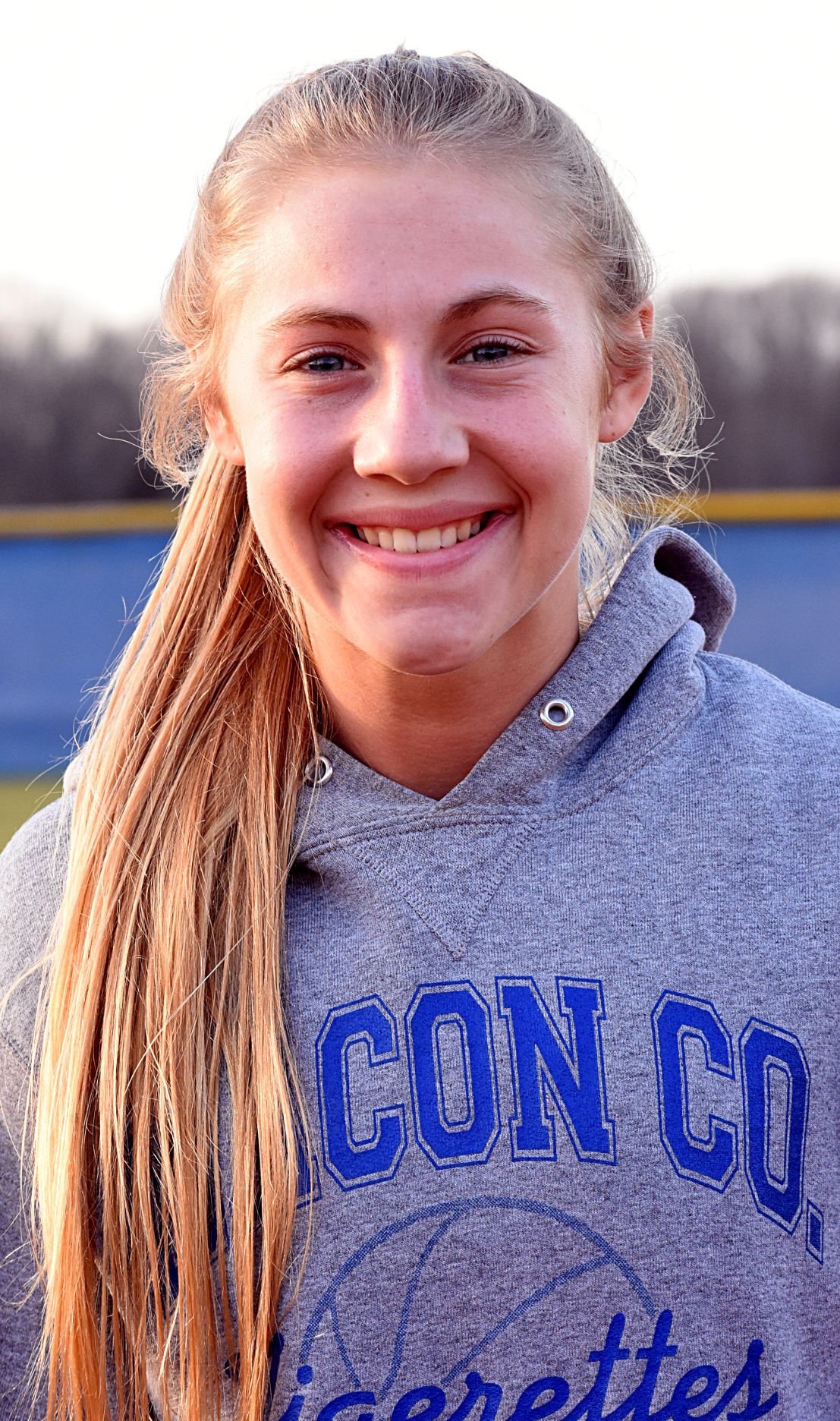 SMITHVILLE — The Macon County High School softball team scored the first seven runs but had to hold on for a 9-8 win at DeKalb County on April 20.

The two teams played in Lafayette five days earlier, with the Tigerettes rolling to a 13-3, five-inning win.

The rematch was considerably closer.

Middle Tennessee State University signee Abby Shoulders led off the game with a single, stole second base and eventually scored when sophomore Cadence Carter grounded out.

Then, junior teammate Trista Jenkins led off the six-run second inning with a home run, her third of the season.

Shoulders and sophomore Macy Meador singled in runs later in the frame, creating a 7-0 margin.

The Lady Tigers scored in the bottom of the third, and each team added a run in the fourth, with Meador doubling and scoring when Carter singled.

DeKalb County added another run in the fifth to pull to within five runs (8-3).

Carter scored thanks to a sixth-inning error, and that run proved to be the difference.

The Lady Tigers rallied in the bottom of the seventh thanks to five hits and two errors.

With two outs and the tying run at second base and winning run at first base, Tigerette sophomore pitcher Ellie Coley induced a ground ball to Shoulders at shortstop, who threw to Meador at second base for a game-ending forceout.

The two teams combined for 23 hits and seven errors.

Meador had three of her squad’s 12 hits, and both Shoulders and junior Kara Case provided two hits. Shoulders also scored twice and drove in two runs.

The two teams played in Lafayette on March 30, with the Tigerettes claiming an 8-4 win.

In the rematch, Macon County took control with a seven-run second inning and then added three runs in the fifth and five in the sixth.

Coley singled in Carter in the top of the first, but the Lady Tigers responded by producing two runs in the bottom of the frame.

Carter, Case, Jenkins and Shoulders all had run-scoring singles during the second-inning outburst.

Meador and Shoulders singled in runs in the fifth, and Carter drove in another run with a sacrifice fly.

Walrond doubled in two runs in the sixth, and Meador capped the scoring with a three-run home run.

Coley pitched another complete game, allowing two earned runs on seven hits. She walked two and struck out one.

Shoulders hit a walk-off home run to give her squad a 5-4 win over White House Heritage.

Neither team scored until the third inning, when the Lady Patriots produced three runs. Hayden Duff hit a two-run home run in the inning.

Carter hit a grand slam in the bottom of the frame to give her squad a 4-3 lead.

Carter has a team-leading 10 home runs.

After White House Heritage tied the contest in the top of the fourth, Shoulders led off with the walk-off home run.

The contest ended due to the time limit having expired.

Shoulders had two of her squad’s six hits and scored twice.

That game also ended due to the time limit having expired, with the two teams playing just four innings.

All of the scoring occurred over the first two innings.

The Lady Knights scored a run in the top of the first, but Meador’s two-run home run highlighted the three-run bottom of the frame.

It was Meador’s eighth home run this season.

Carter scored when Coley reached on an error later in the inning.

Then, PJP II erupted for four runs in the second inning, with Aspen Whittington hitting a three-run home run.

Shoulders followed with a two-run home run in the bottom of the frame to tie the contest at 5.

Shoulders had two of her squad’s four hits, and it was her ninth home run this season.

Meador came on in relief of Kenzie Stafford, the starting pitcher. Meador allowed just one hit and struck out four in her 2 2/3 innings of work.