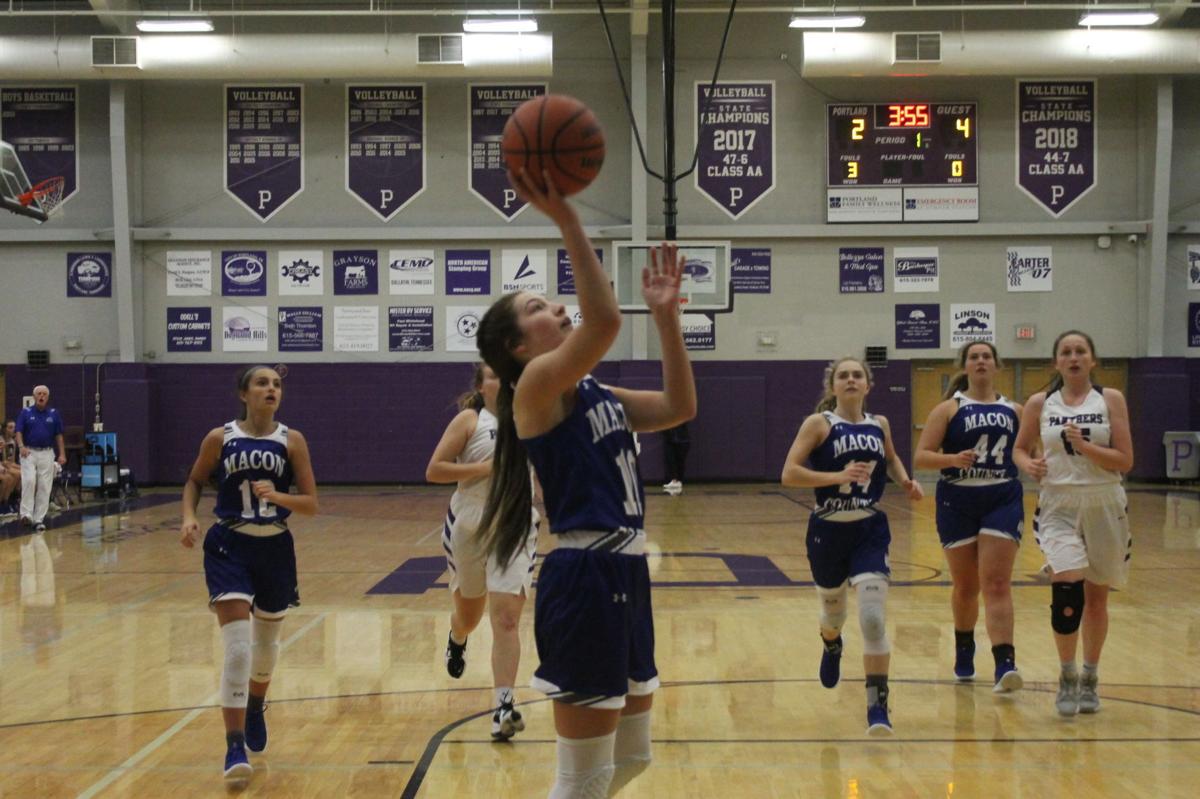 Kyra Gregory goes up for a layup for the Macon County Tigerettes. 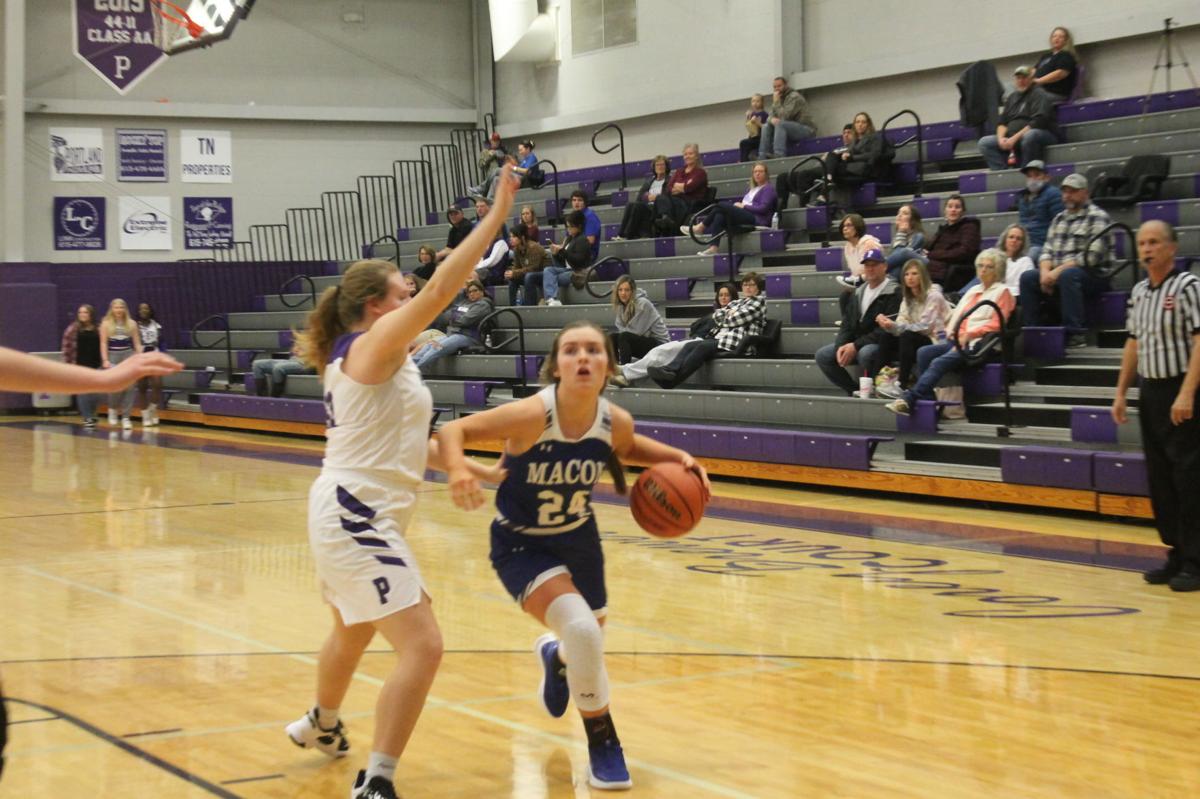 Macon County freshman Karly Ramsey drives past a Portland defender on her way to the basket. 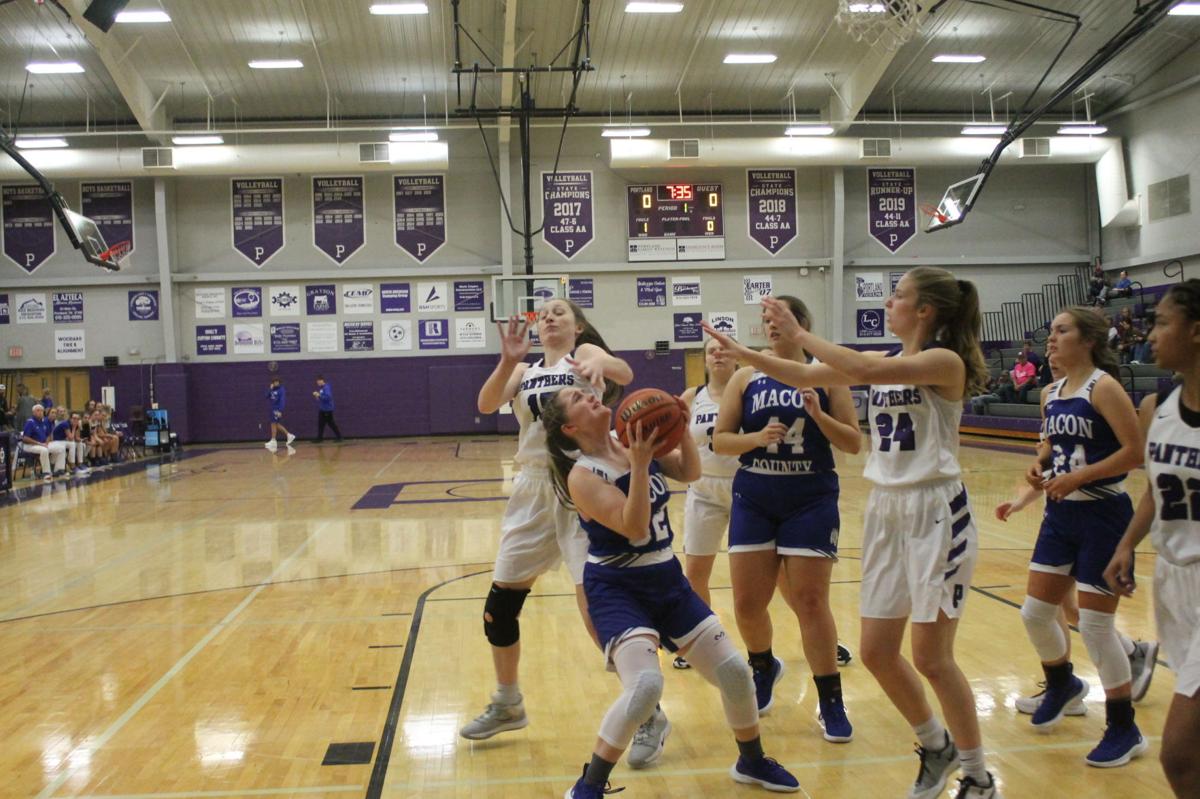 Alexia Bandy goes up for a shot for Macon County in Saturday’s game at Portland. 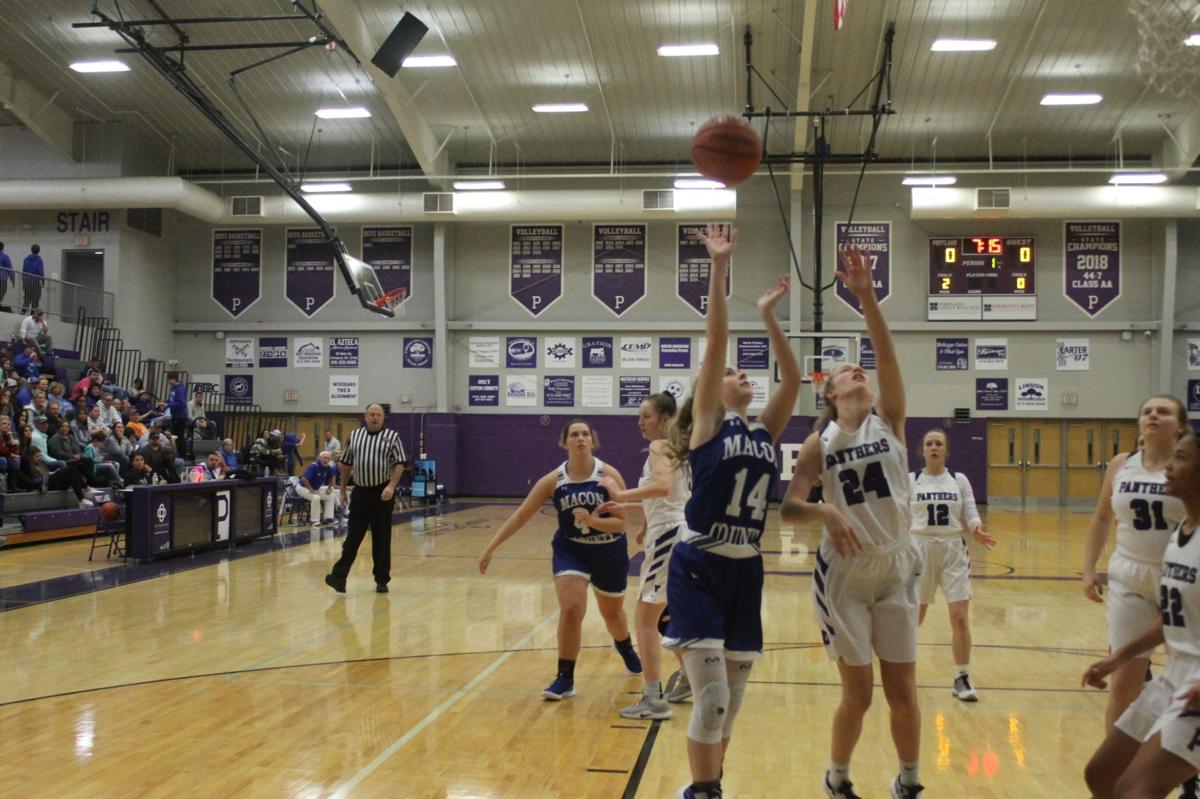 Kyra Gregory goes up for a layup for the Macon County Tigerettes.

Macon County freshman Karly Ramsey drives past a Portland defender on her way to the basket.

Alexia Bandy goes up for a shot for Macon County in Saturday’s game at Portland.

The Macon County Tigerettes are getting closer as they rebuild following last year’s state championship.

Saturday night against host Portland, the Tigerettes led late, but could not hold on in the final minutes and fell to the host Lady Panthers, 34-30, in the Portland Hall of Fame Classic on Saturday.

The loss dropped Macon County to 0-3, as Tigerettes coach Larry White has eight freshmen and one sophomore on his nine-player roster.

“We played hard and we did a really good job defensively until the fourth quarter when we had a few breakdowns. We had three turnovers in the last two minutes and 30 seconds of the game, and we just showed our inexperience,” Tigerettes coach Larry White said. “We just struggled to score.

The Tigerettes trailed 7-6 at the end of the first quarter, but went to halftime tied 14-all with the Lady Panthers.

In the third quarter, the Tigerettes trailed 24-21, but went on a 7-0 run early in the fourth quarter to take the lead, 28-24. Freshman Karly Ramsey made two free throws at the 6:53 mark to give Macon County the lead and fellow freshman Laityn Kirby had a steal and a layup on the ensuing possession to give the Tigerettes a four-point edge.

Portland would battle back, and scored six straight points to regain the lead. Kirby then scored again to tied the game at 30-30 off another steal.

But the Lady Panthers scored the game’s final four points, and put it away on a pair of free throws with 25.4 seconds to play to account for the final margin.

“When we can have a chance to win a game, we need to do that because we don’t know how many that’s going to be this year. I was disappointed in our late-game situations, but I hope we can make adjustments and do better,” White said.

Ramsey paced Macon County with 11 points, while Kirby added nine. Alexia Bandy and Kaydence Waldrond had three points each, while Kyra N. Gregory and Natalie Green each scored two points for the Tigerettes.

In their first game against Class 4A Green Hill, the Tigerettes got off to a slow start and trailed 31-11 at halftime. Macon County played better in the second half, trailing 41-22 after three quarters and 56-30 at the end of the game.

White said his young Tigerettes learned from playing the two games, and hopefully that will pay off down the line.

“I can’t fault my kids. They played so hard both games we played up here. I think we learned a lot up here,” he said.

Green paced Macon in scoring with eight points, while Walrond and Ramsey had six each. Kyra S. Gregory and Valerie Kirby tossed in four points apiece, while Laityn Kirby finished with two points.

Macon County trailed 12-7 after the first quarter, and Clarkrange extended the lead to 27-11 by haltime en route to the victory.

Ramsey paced the Tigerettes with seven points, while Green and Walrond had five points apiece. Kirby and Kyra S. Gregory had three points each and Grace Deckert tossed in two for Macon County.

The Tigerettes were scheduled to host Gordonsville on Monday night.