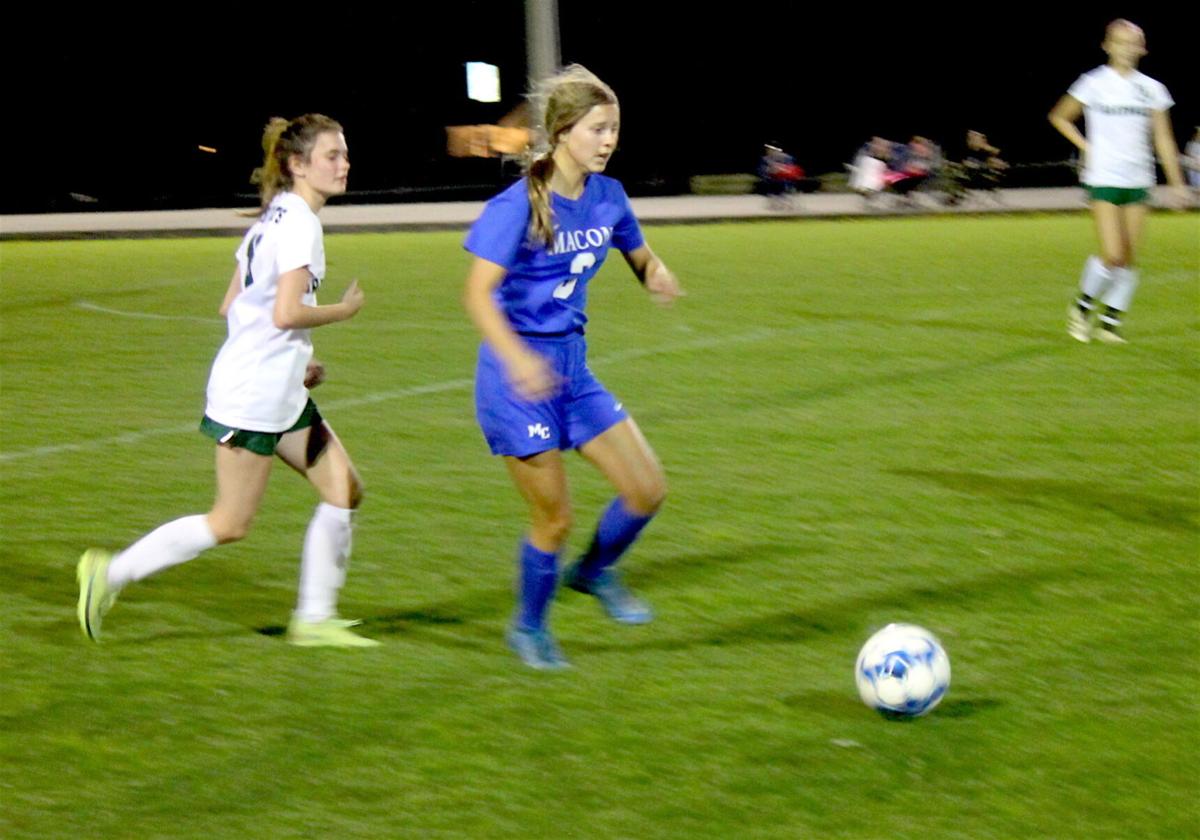 Taylor Green controls the ball and heads upfield against Greenbrier in the Tigerettes’ district tournament game. 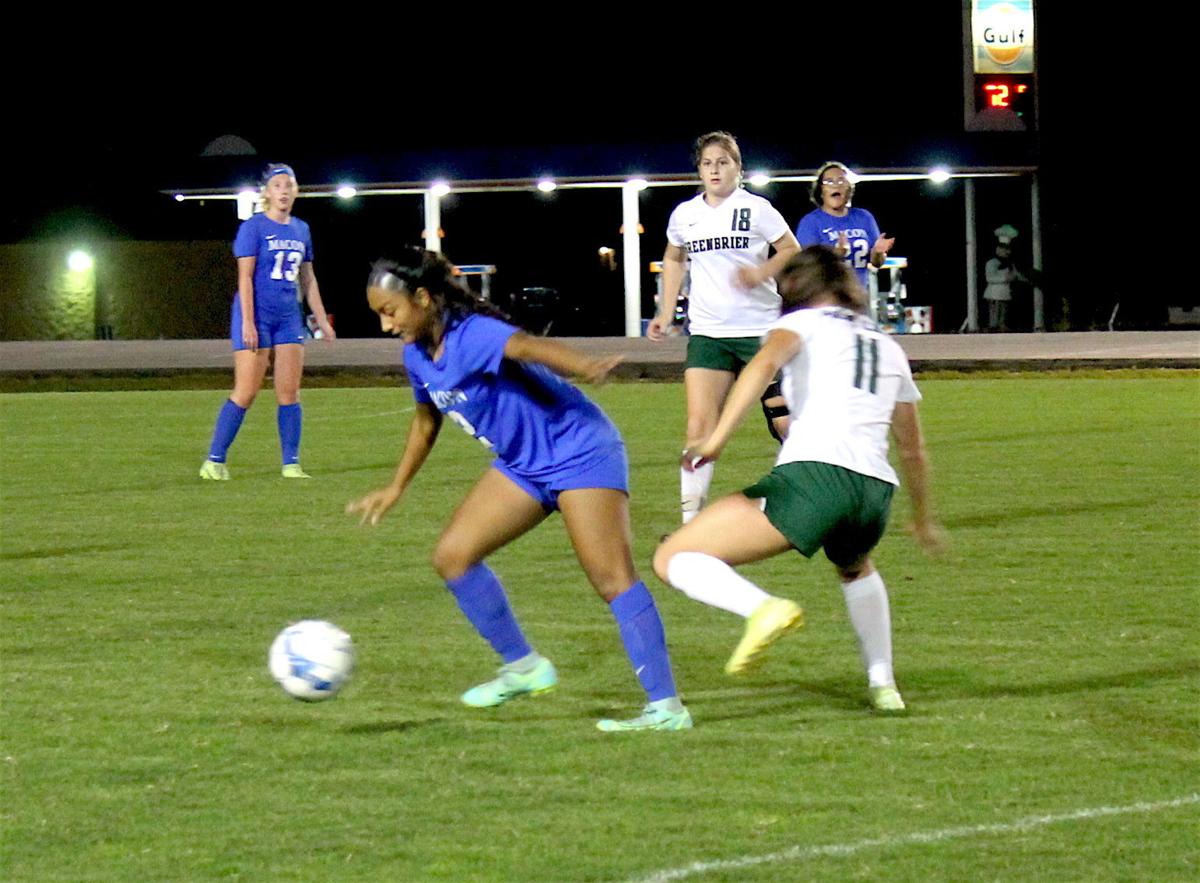 Taylor Green controls the ball and heads upfield against Greenbrier in the Tigerettes’ district tournament game.

It was a heartbreaking end for the Macon County Tigerette soccer team Monday night as they fell to visiting Greenbrier, 2-1, in double overtime in the District 9-AA Tournament.

The loss ended the Tigerettes’ season at 5-10-1, as the Lady Bobcats avenged an earlier 5-0 loss to Macon County in the regular season.

“It was just a hard fought game. We felt like the first time we played, we played really well over there and did well against them. It was kind of hard for us to get as motivated as we needed to, and maybe I felt that a little bit with the team, and I kind of encouraged them that we were going to have to play a full 80 minutes against them,” MCHS coach Terrence Pryor said. “Greenbrier, you’ve got to tip your hat to them. They got on the front foot against us. They really pressed us a lot and gave us a lot of trouble in front of our goal, just using their speed and athleticism. You have to tip your hat to them.”

Macon County broke on top just before the half as freshman Taylor Green took a corner kick and headed it into the goal for a 1-0 Tigerette edge with 24 seconds remaining in the first half.

However, Greenbrier got the gamy-tying goal early in the second half at the 32:02 mark. That was all the scoring in regulation, as Macon County goalie Dawn Dallas made a number of saves, includng a one-handed swat from point blank range at the 18:09 mark.

Neither team scored in the first 10-minute overtime, but Greenbrier broke through at the 7:55 mark of the second OT.

Macon County tried in vain to get the tying goal, but could not break through Greenbrier’s tough mid-field defense that kept the ball on the Lady Bobcats’ end for much of the second half and the overtimes.

“We couldn’t sustain much in the attack. When we did attack, it had to be very direct, because they were pressing us in so much in the back. Anytime we tried to get it out, they just had pressure in our face,” Pryor said. “We’re still so young that the team pressing us high gives us a lot of trouble. We didn’t always handled the press very well. We didn’t have the maturity that we needed, knowing that we had already beaten them one time and understanding that it was going to take a full 80 minutes and that they wanted to win it just as badly as we did.”

The Tigerettes return the bulk of this year’s squad, as they lose just one senior. It was the final game for senior Macie Dillard with MCHS.