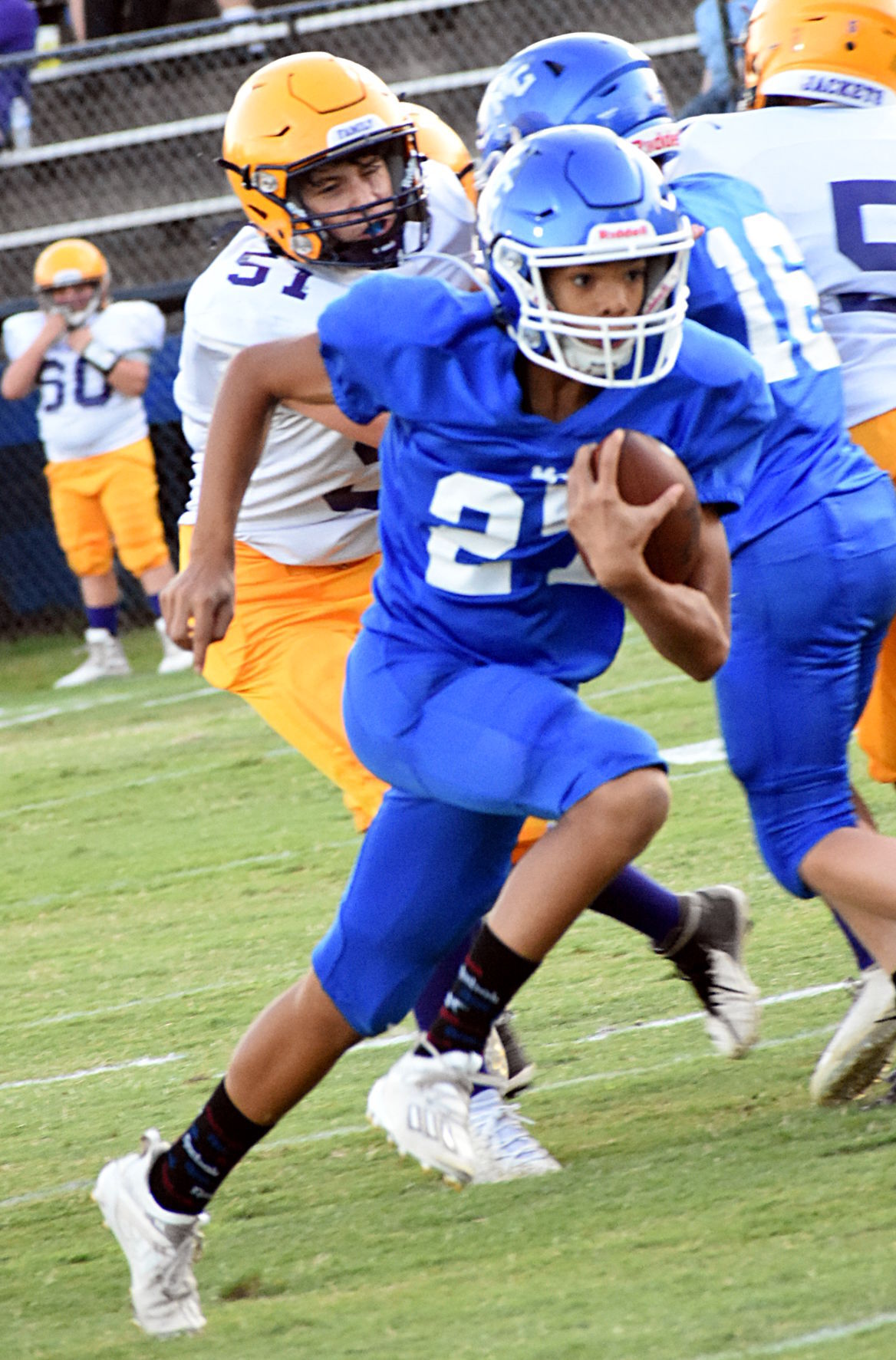 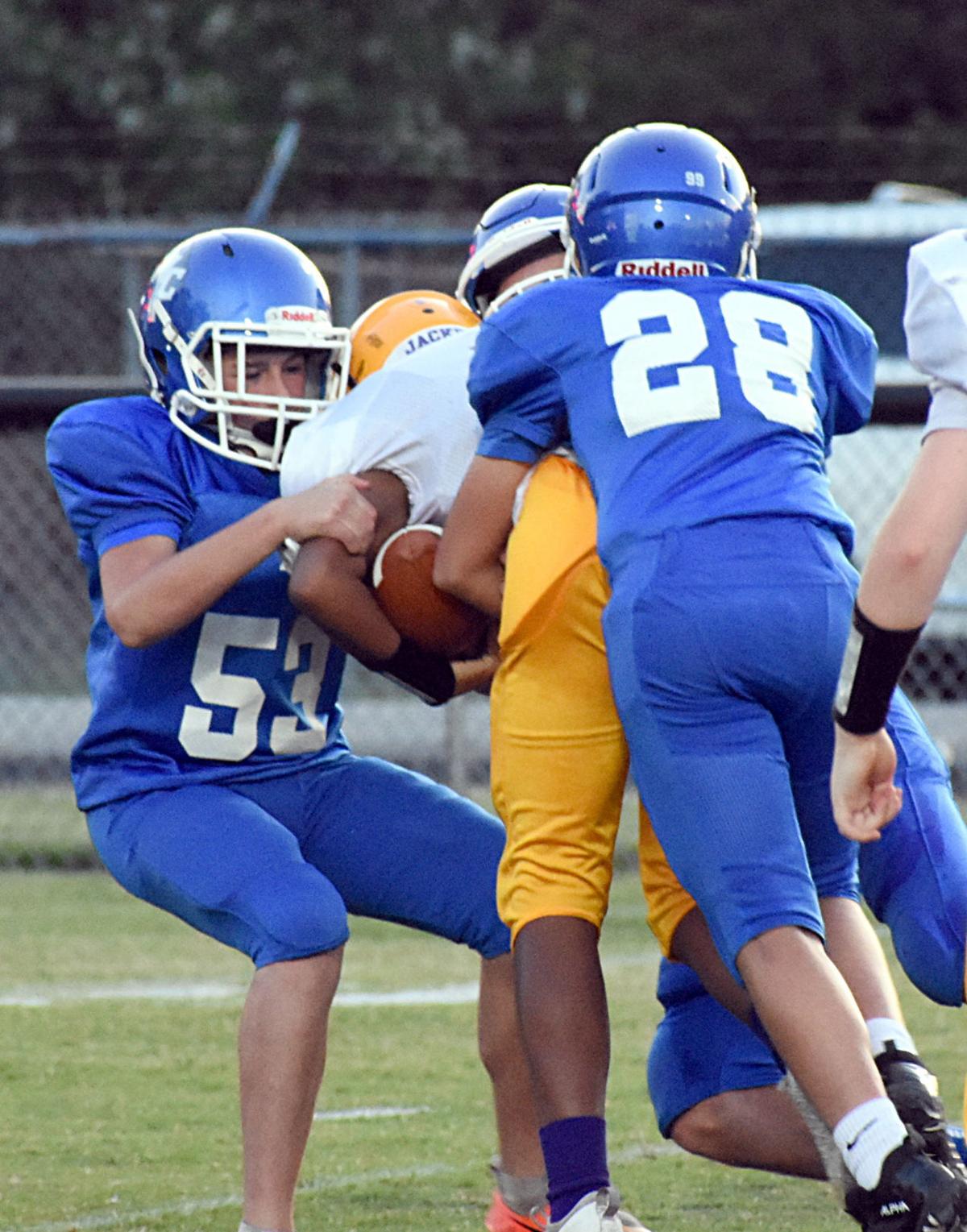 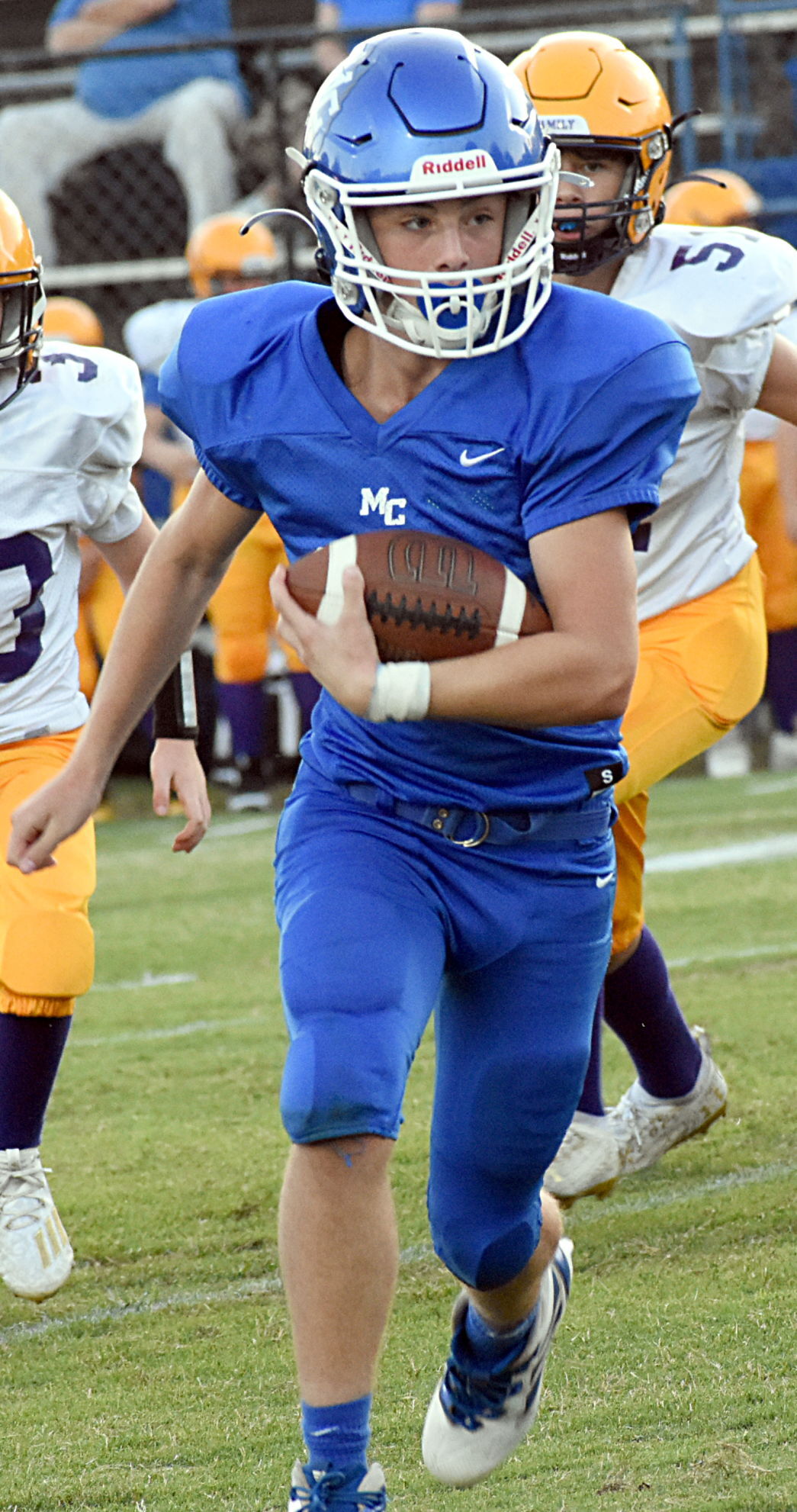 “Our starters played about one quarter, and our seconds came in and took care of business,” Tiger head coach Coty Jett said. “Even some of our thirds — our younger guys — were taking care of business.”

Macon County (4-0) took over in Yellow Jacket territory on its opening possession, but Elijah Warren fumbled at the end of a 23-yard carry on the team’s first play, with Drew Carman recovering for Satterfield Middle.

“I was disappointed with the turnovers,” Jett said. “Those types of things are going to hurt us against good teams.”

However, the Yellow Jackets fumbled a center/quarterback exchange three plays later, with Warren recovering at the Satterfield Middle 32 yard line.

Chayse Bartley ripped off a touchdown run on the next play, followed by Warren’s successful two-point conversion run.

On the ensuing possession, Tiger defensive lineman Michael Scruggs tackled Yellow Jacket ballcarrier Camrix Scott for a 1-yard loss on a fourth-and-4 play. That resulted in a turnover on downs at the Satterfield Middle 29 yard line.

Then, Warren’s 14-yard run set up Tre McClain’s 15-yard touchdown run, and quarterback Matthew Wheeley had a successful quarterback sneak on the conversion attempt, extending the lead to 16-0.

“Our offensive line was reaching and getting where they were supposed to be, and that was at all levels (from the starting linemen to the reserves),” Jett said.

A fumble on the ensuing kickoff return was recovered by Warren at the 29 yard line, and after Warren gained 19 yards, Bradyn Hasse reached the end zone on a 10-yard run on the first play of the second quarter.

“You can see things we are doing now … like some of our running backs,” Jett said of the team’s improvement. “Against White County (in the season opener), they were trying to juke and jive. Now, they are just hitting the hole hard.”

The Yellow Jackets had to punt from their 10 yard line on the next possession, and a punt that netted just 1 yard gave Macon County possession at the Satterfield Middle 11 yard line.

Fullback Brennan Flowers scored two plays later, on a 4-yard run, but Carman tackled Ashton Hoskins short of the goalline on the conversion attempt, keeping the score at 30-0.

Tiger defensive back Jaylin Bowman intercepted a Yellow Jacket pass and returned it 18 yards later in the half, but Macon County didn’t score again prior to halftime.

The Tigers scored on all three of their second-half possessions, with Flowers ripping off touchdown runs of 47 and 27 yards in addition to a 22-yard scoring scamper by Anthony Johnson.

Jones and Andrew Comer had successful quarterback sneaks on two of the ensuing conversion attempts.

“Defensively, there still areas we can improve,” Jett said. “Though our depth was hampered by COVID, these young guys are still getting it.

“This is good for these young guys.”

The Tigers extended their winning streak to 14 games and are slated to play at Gordonsville on Thursday evening.