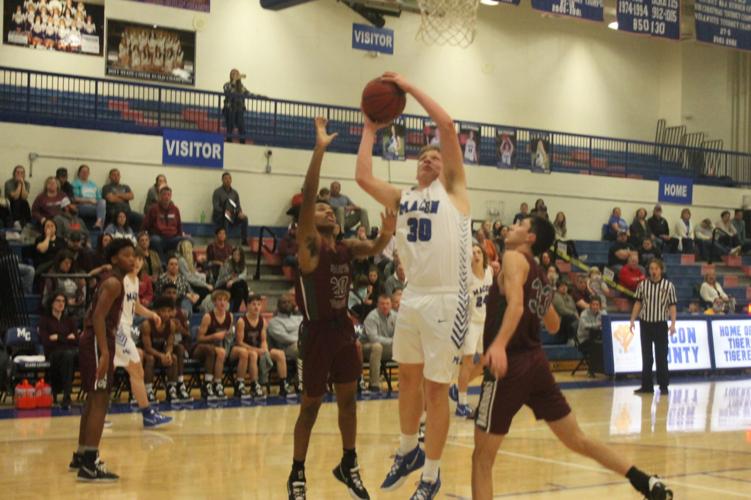 Cason Gregory puts up a shot for the Tigers vs. White County 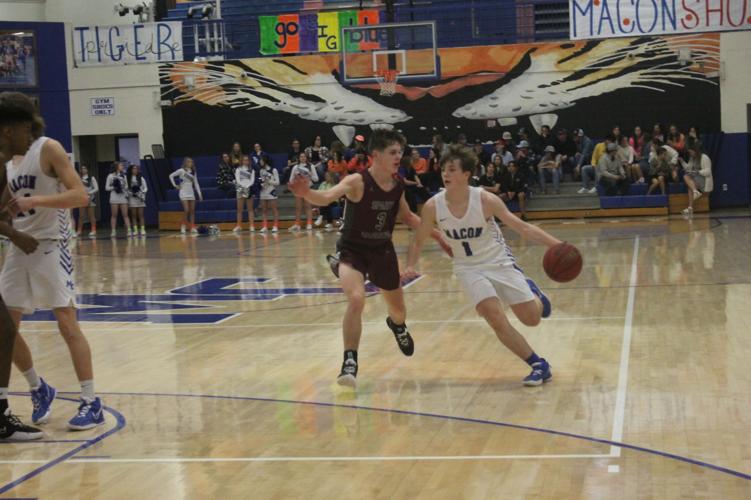 Brady Driver takes the ball toward the basket in the Tigers' game Friday against White County.

Cason Gregory puts up a shot for the Tigers vs. White County

Brady Driver takes the ball toward the basket in the Tigers' game Friday against White County.

The Macon County Tigers were hurt by a slow first half Friday night against hot-shooting White County, and fell by a 74-26 count.

White County came out with the hot hand from the outset, racing to a 27-2 first quarter lead. The visitors extended that lead to 40-8 by halftime, and to 60-18 with one quarter left to play.

The Tigers found the points hard to come by against the Warriors. Braydee Brooks led Macon County scorers with 11 points, while Hayden Wix tossed in six points. Brody Frye and Dalton Hudson had three points apiece, while Brady Driver added two and Cason Gregory finished with one.

The Tigers traveled to Stone Memorial on Tuesday night and fared somewhat better.

Macon County trailed just 19-17 after the first quarter. Stone Memorial then got control of the score in the second period, taking an 11-point edge at 39-28. Stone added to the lead, going up 61-41 in the third period, before finishing with an 88-58 victory at the end.

Brooks had a good night scoring for the Tigers, finishing with 23 points. Wix also reached double figures with 11 points. Zach Borders scored eight and Driver added seven. Gregory tallied six points, and Cothron three to round out the Tigers’ scoring.

The Tigers overcame a slow first quarter, where they trailed 14-4, and got back into the game, closing the Upperman lead to just two points by halftime, 19-17.

The contest remained close in the third quarter with the Bees still holding the lead, 37-31.

Macon County cut two points off the lead in the final period, but could not pull out the victory as Upperman escaped with the home win.

The Tigers were scheduled to play at DeKalb County on Monday in a makeup game, but that has been moved to Thursday night.