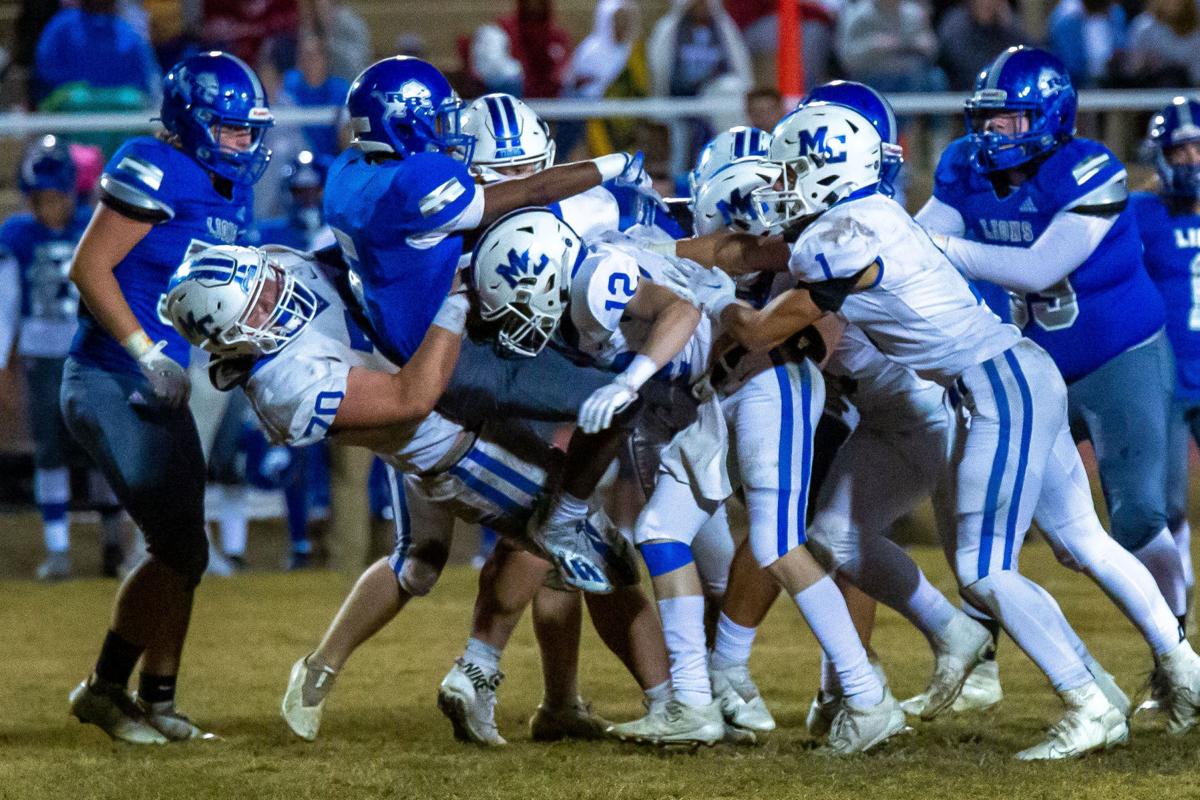 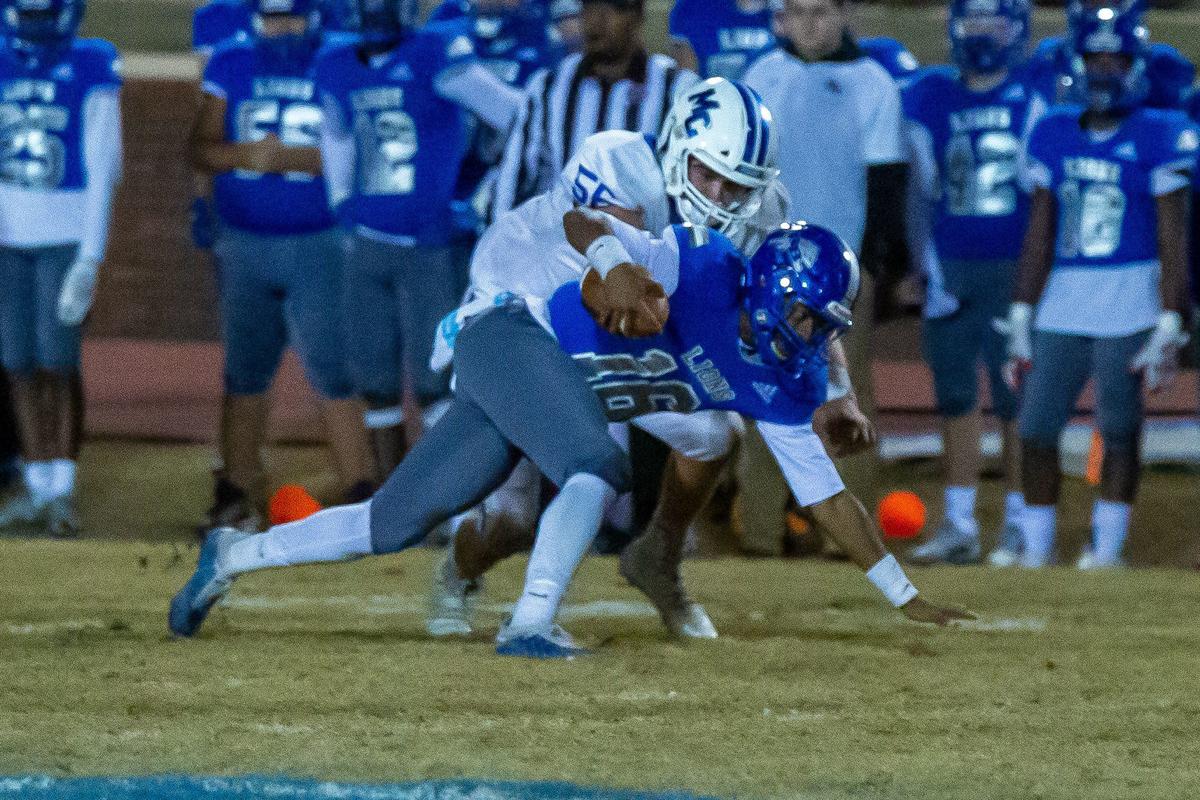 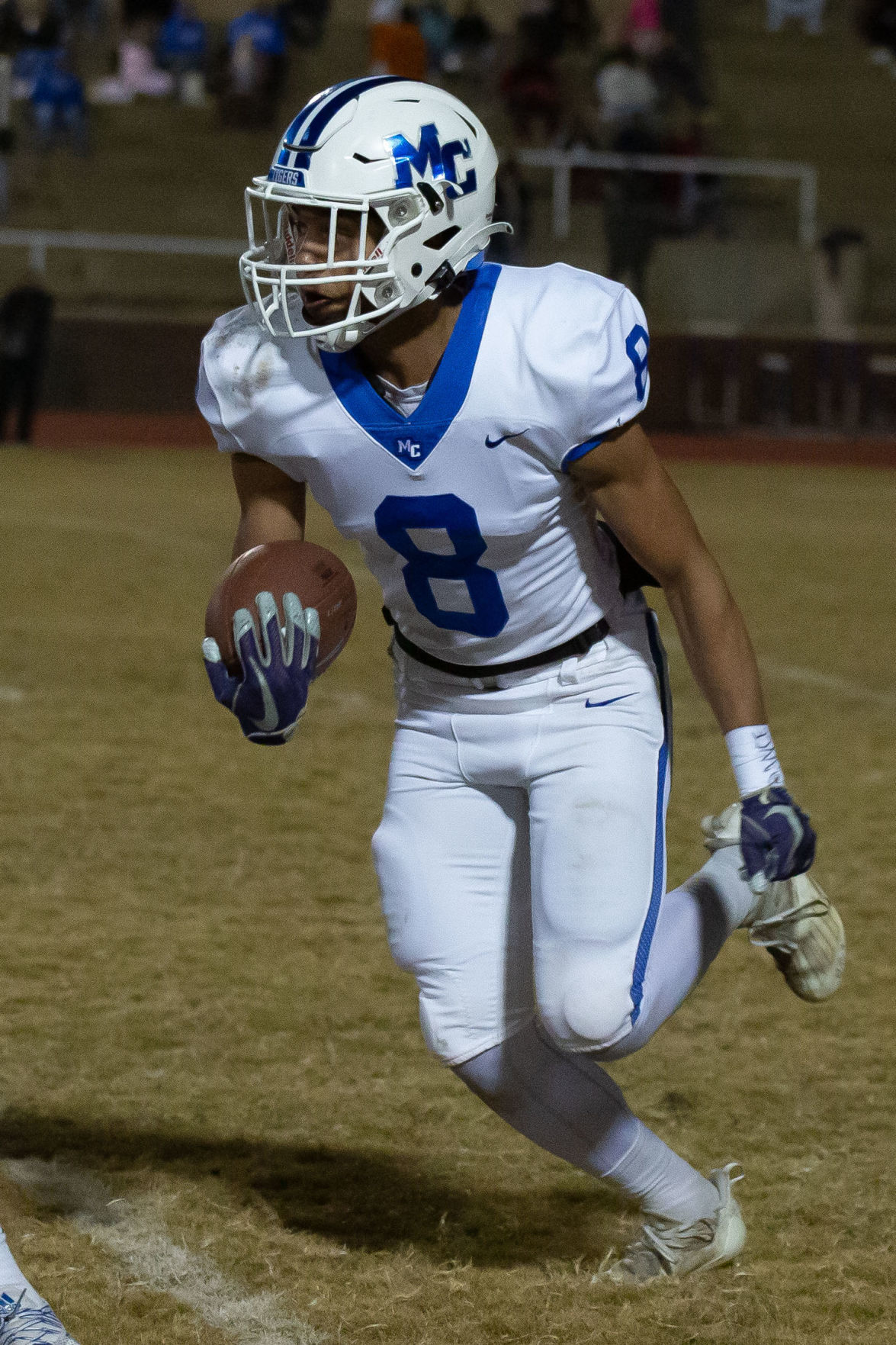 Cameron Houston turns up field for the Tigers in their playoff loss against Red Bank.

Cameron Houston turns up field for the Tigers in their playoff loss against Red Bank.

The Tigers fell on the road to Red Bank High in Chattanooga in the Tigers’ season finale, 47-7, in the second round of the Class 4A playoffs.

“I am super proud of my guys. This senior class is small but they showed great leadership throughout the year,” Macon County coach Kyle Shoulders said after the game. “They did what a lot of people said they couldn’t after winning in the playoffs last week.”

The Tigers received the opening kickoff but went three-and-out on their opening possession. The Lions took over at the Tiger 47 and it took only five plays before quarterback Joseph Blackmon was able to find teammate Jaden Baccus for the 31 yard touchdown pass. Lion kicker Julio Andres made it 7-0 with 8:08 remaining in the first quarter.

On the Tigers ensuing possession, an encroachment penalty gave the Tigers their first first down. However, they lost eight yards on the next three plays and had to punt the ball back to Red Bank.

The Lions took over at their own 42 and had no trouble moving the ball down the field. A 10-play 58 yard drive was capped off by a 5-yard touchdown run from Lion running back Ad Crutcher. The point after touchdown (PAT) attempt failed keeping the score 13-0 with 1:23 left in the first quarter.

After another Tiger three-and-out, the Lions only needed five plays to find the end zone with a 31-yard carry from running back Duane Morris. Julio Andres’ PAT pushed the Lions’ lead to 20-0 with 10:24 left in the first half.

On the ensuing kickoff, the Lions kickoff team forced a fumble and recovered it at the Tiger 32 yard line. A pass breakup from Tiger senior Cameron Houston and a combined three yards on the following two plays brought up fourth down. But Blackmon gained eight yards and kept the drive alive for Red Bank. Two plays later, Crutcher scored and the Lions led, 27-0 with nine minutes left in the first half.

On the second play of the Tigers’ next drive, senior quarterback Braydee Brooks found Houston for a 40-yard pickup. However, the drive stalled, and Macon County turned the ball back over on downs at the 22.

On the next offensive series for Red Bank, Macon County defensive lineman Colton Tuttle recorded a sack, forcing a punt by the Lions.

The Tigers were able to move the ball with Brooks finding Houston for a combined 25 yards on three completions and another 26 yards on two connections with junior Hayden Wix, but the first half clock ran out before the Tigers could get into field goal range.

The second half started with a successful onside attempt for the Tigers setting them up at their own 41 yard line. However, Macon County could only get nine yards on its four plays and gave the ball back to Red Bank at midfield.

The Lions picked right up where they left off in the first half capping off an eight-play, 50 yard drive with a 27 yard connection from Blackmon to teammate Alricko Trimble. A failed two-point conversion attempt left the score at 33-0 with 7:08 left in the third quarter.

The Tigers pull a trick out of the hat on the kickoff when Houston caught the kick and flipped the ball to freshman Gabe Borders who returned it across midfield. However, a personal foul penalty negated the return.

Six plays later, Brooks found Wix for a 25-yard pickup, ut the next pass was intercepted by Red Bank.

Two plays later, Crutcher found the end zone yet again on a 57-yard run. The PAT made the score 40-0 and the running clock began to take effect.

With the running clock now in effect, the rest of the contest went by quickly. The Lions defense forced another turnover as an interception gave them possession at the Tiger 30 yard line. A facemask penalty moved the ball up to the Tiger 10 and ends the third quarter before running back Devein Reviere capped the drive with a 7-yard TD run.

The Tigers took over at their own 38 and two connections between Brooks and Houston picked up the 62 yards necessary to end the shutout. Brooks found Houston from 33 yards out on the second completion for the touchdown to avoid the shutout with 8:34 to play. Bryson Higgins tacked on the extra point for the Tigers.

The Tiger defense forced a three-and-out and Brooks finds Wix for 30 yards on the Tigers’ first play of the drive, but the drive ended with another turnover, and Red Bank ran out the clock and claimed the win.

“I can’t brag on this team enough,” said Shoulders, “They were faced with adversity several times throughout the season but never backed down. I wish nothing but the best of luck to these seniors and can’t wait to get back to work with the rest of these dudes.”

The Tigers end their season with an 8-4 record and were able to win the program’s first playoff game in five years. Brooks was able to go 119-206 for 1,750 yards with 14 touchdowns through the air and another eight touchdowns on the ground on the season. The Tigers’ leading rusher on the season was senior Landon Colter finishing with 739 yards on 137 carries and seven touchdowns. Senior wide receiver Cameron Houston led the team with 769 yards on 42 catches for eight touchdowns receiving.