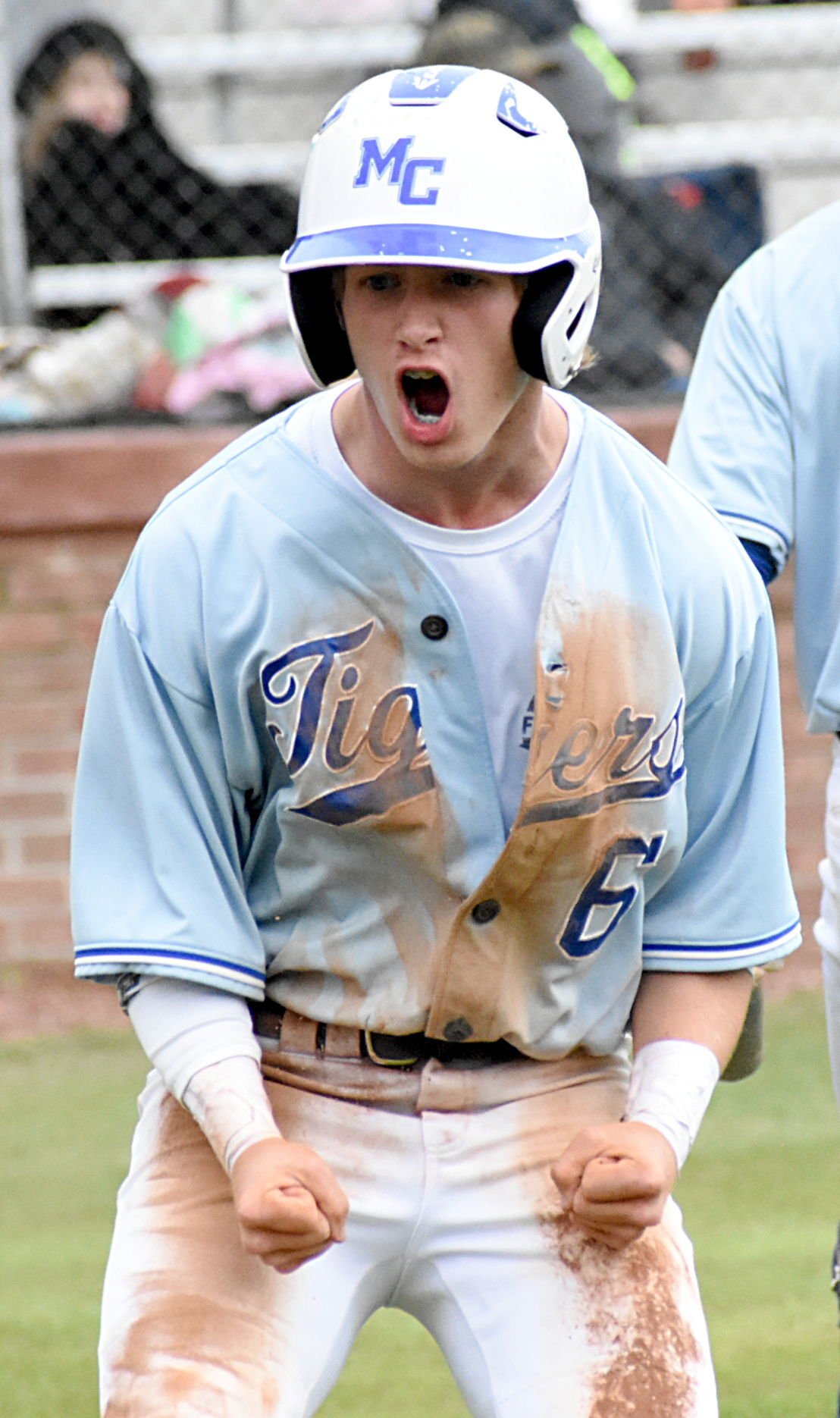 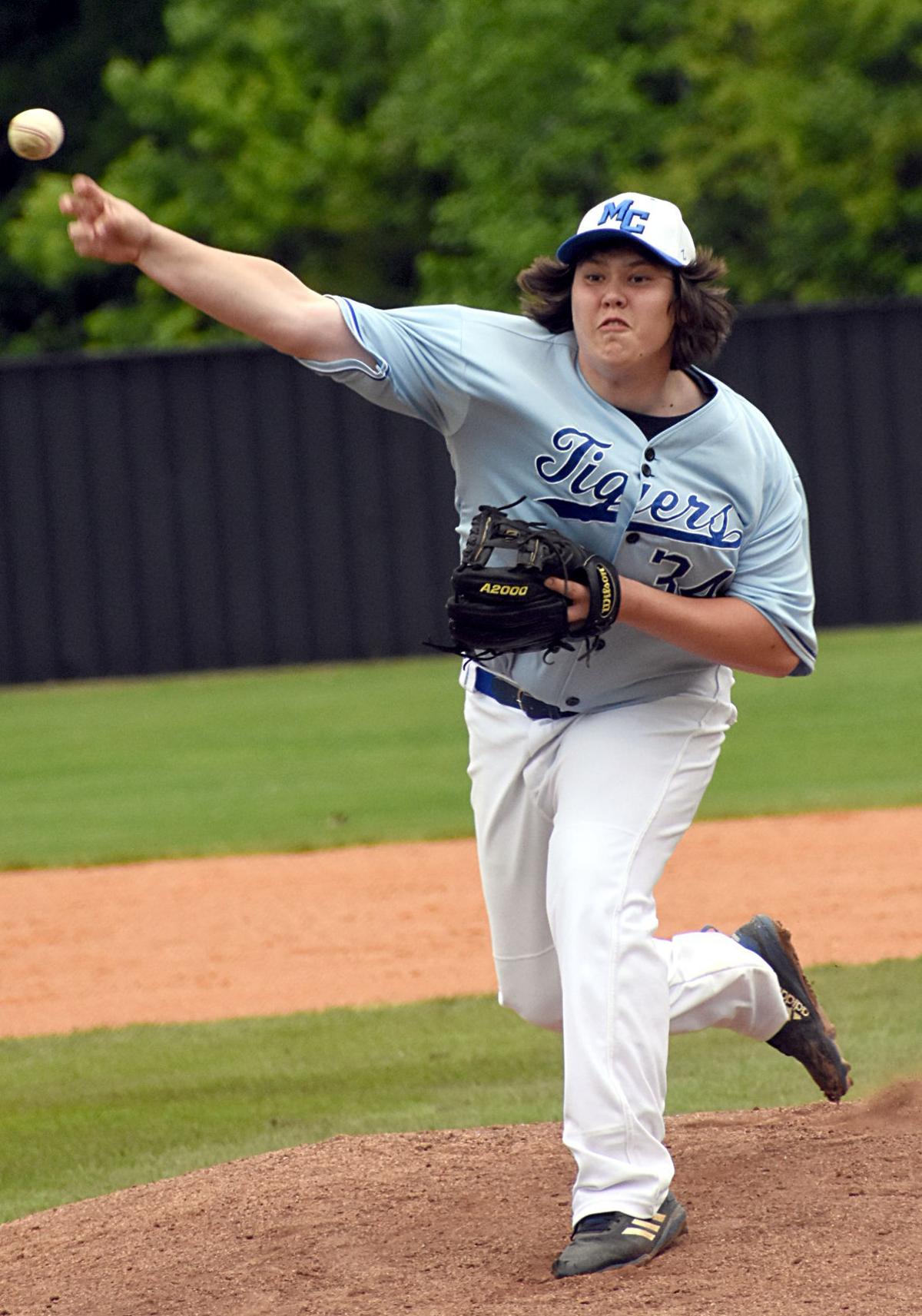 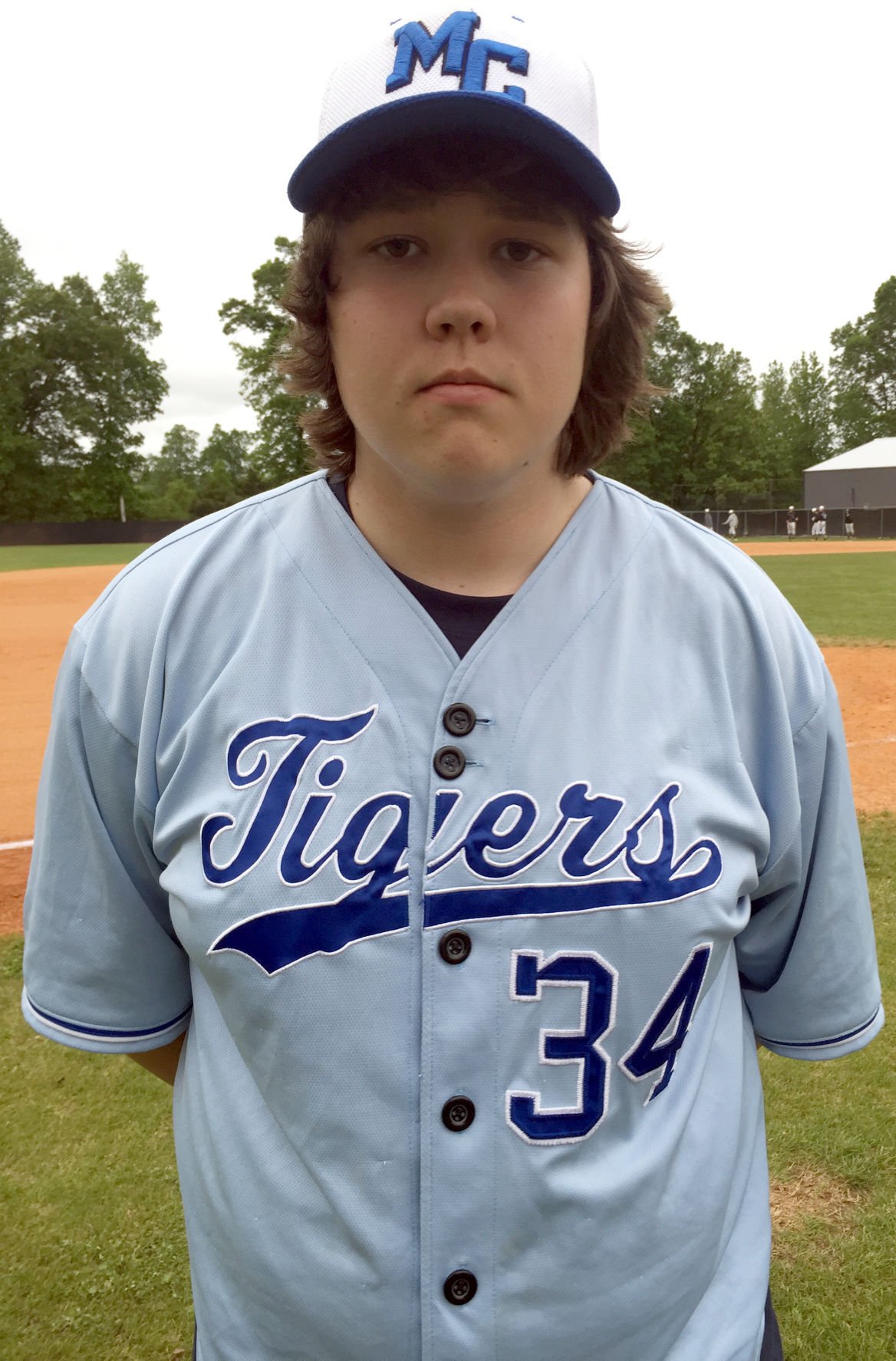 SMITHVILLE — For the third consecutive time, the Macon County High School baseball program had its season end one round short of advancing to the regional tournament.

With the win, DeKalb County advanced to the district championship game and also qualified for next week’s regional tournament.

Conversely, Macon County also lost at that point in 2018 and 2019. The 2020 campaign lasted just one week before it was abruptly halted due to the COVID-19 pandemic.

“It’s very frustrating,” Macon County head coach Jason Hudson. “When we were talking to the guys coming back (for next season), we said that we have to figure out a way to get over the hump. We have to start winning that second game (typically an elimination contest and the second game that the team plays on the Monday of the tournament).

Earlier on Monday afternoon, Macon County staved off elimination with a 2-0 win over Smith County, earning a rematch with DeKalb County.

Macon County suffered a 9-6 loss to visiting DeKalb County on April 27 and then fell into the 8-AA Tournament’s loser’s bracket with a 3-2 setback to DeKalb County last Saturday.

Eight errors proved costly in the third meeting, with Macon County committing two of those on second-inning bunt attempts. That led to three runs for DeKalb County and erased Macon County’s 2-0 lead.

“The whole momentum changed,” Hudson said. “We came out and had a little momentum from (winning) the first game. We were pecking it around a little more than we had been.

“We were in the right spots (to handle the bunts). We just didn’t make the plays. It hurts. It completely changed the momentum. Their guys got a little fired up, and we got down and frustrated.”

DeKalb County broke the game open with a five-run fourth inning, producing four hits while also taking advantage of a walk and an error.

Blankenship singled in senior Ty Lowhorn in the fifth, but DeKalb County responded with three more runs in the sixth — which included two more errors — for an 11-3 lead.

Lowhorn singled in the seventh, moved to third base when Meador doubled and scored on Blankenship’s groundout.

Macon County finished with nine hits, with both Blankenship and Meador providing two each.

Meador concluded his career with 102 hits.

Tiger senior Jordan Steen picked up his third complete-game win over Smith County in 15 days earlier in the afternoon.

After the Owls won the two teams’ first meeting this season (5-0), Steen tossed a complete-game four-hitter in a 8-1 win at Smith County on April 26.

Then, Steen pitched a complete-game three-hitter in the two teams’ tournament opener last Thursday, a 4-1 win.

“I try to keep it low and outside to them … keep it away from the barrel of the bat and get ground balls,” Steen said.

On Monday, Steen allowed six hits, struck out seven batters and did not issue a walk.

“He pitched his hind-end off,” Hudson said. “He was coming back on short rest. He’s been our horse all year, and he came through again.”

A two-out single and a double in the fifth inning placed the tying and go-ahead runs in scoring position, but Steen worked out of the jam with a pop-up to junior first baseman Oakley Stinson.

With two runners on and one out in the sixth, a double-play line drive that was hit to junior second baseman Landon Colter halted that threat.

“They got a little momentum there, and we got the line drive to Colter and got the double play,” Hudson said. “That was big.”

Then, the game ended with a ground-ball double play.

“I just clear my head and try to get a ground ball,” Steen said of pitching with men in scoring position. “I just so happened to get a double play.”

In the second inning, a walk to sophomore Nate Green preceded freshman Braxton Lloyd being hit by a two-out pitch. With runners at the corners, Lloyd attempted to intentionally work his way into a rundown between first and second base, and Green broke for home plate and was safe with a head-first slide.

“When you get in the district tournament, it’s going to be tough games,” Hudson said. “You’re seeing everybody’s best available guy pitching-wise.

“We’re not the best-hitting team. We’ve told the guys that we’re going to push the (aggressive baserunning) opportunities.

Then, with Blankenship at second base, Malo singled to rightfield with one out in the sixth. Smith County catcher Eli Martin wasn’t able to handle the throw to the plate, allowing Blankenship to slide in safely with the game’s final run.

“That was big,” Steen said. “You never know when a big hit is going to happen for the other team. It’s good to have insurance runs when you can get them.”

Blankenship had two of his squad’s four hits in the contest.

Macon County concluded its season with a 17-15 record. Blankenship is one of six seniors, along with Meador, Lowhorn, Steen, Layne Wix and Eli Woodard.

“We’ve had no discipline issues. They’re a great group of kids. Record-wise, it’s not the best team we’ve ever had, but they probably improved the most from start to finish.”