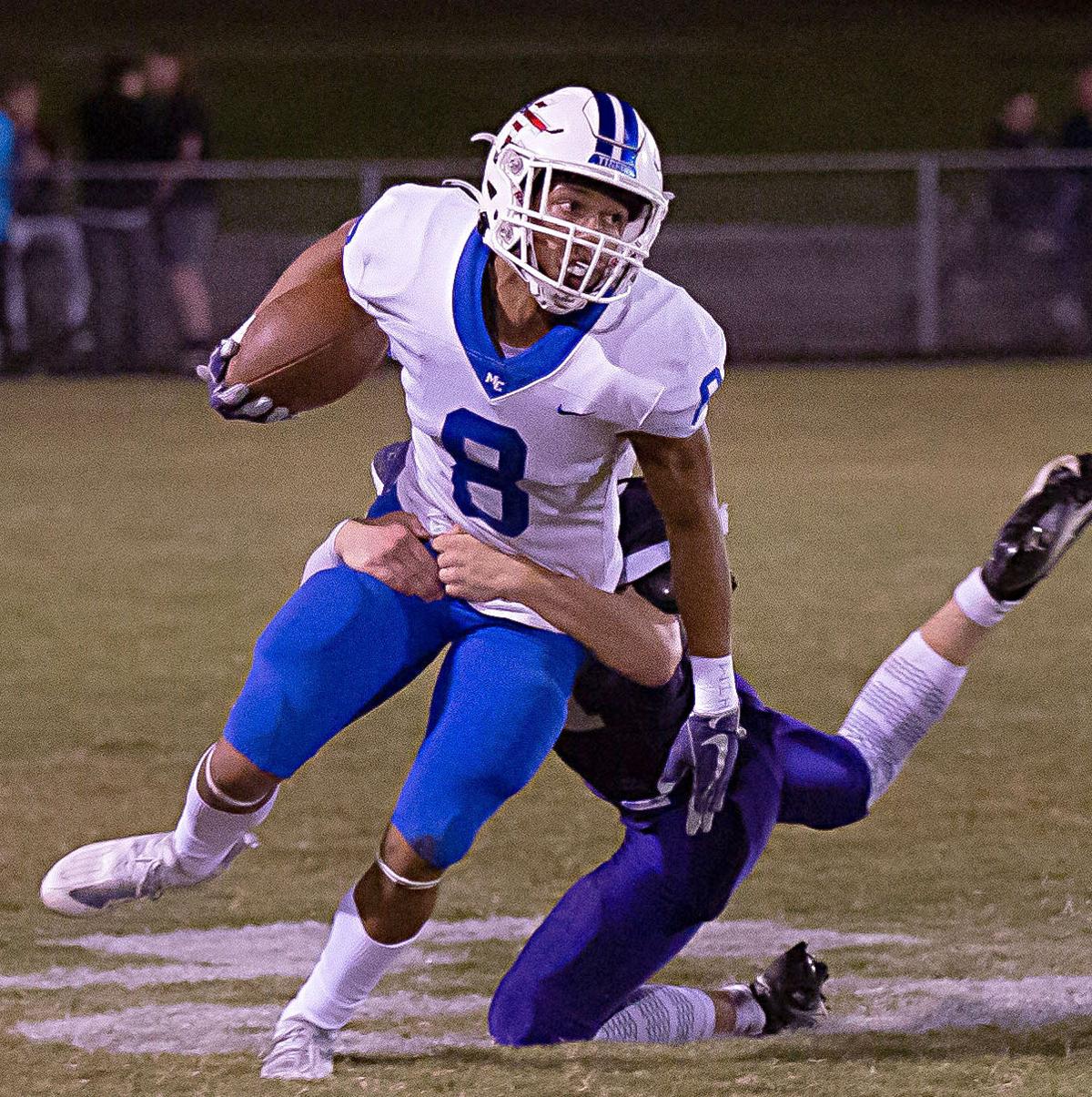 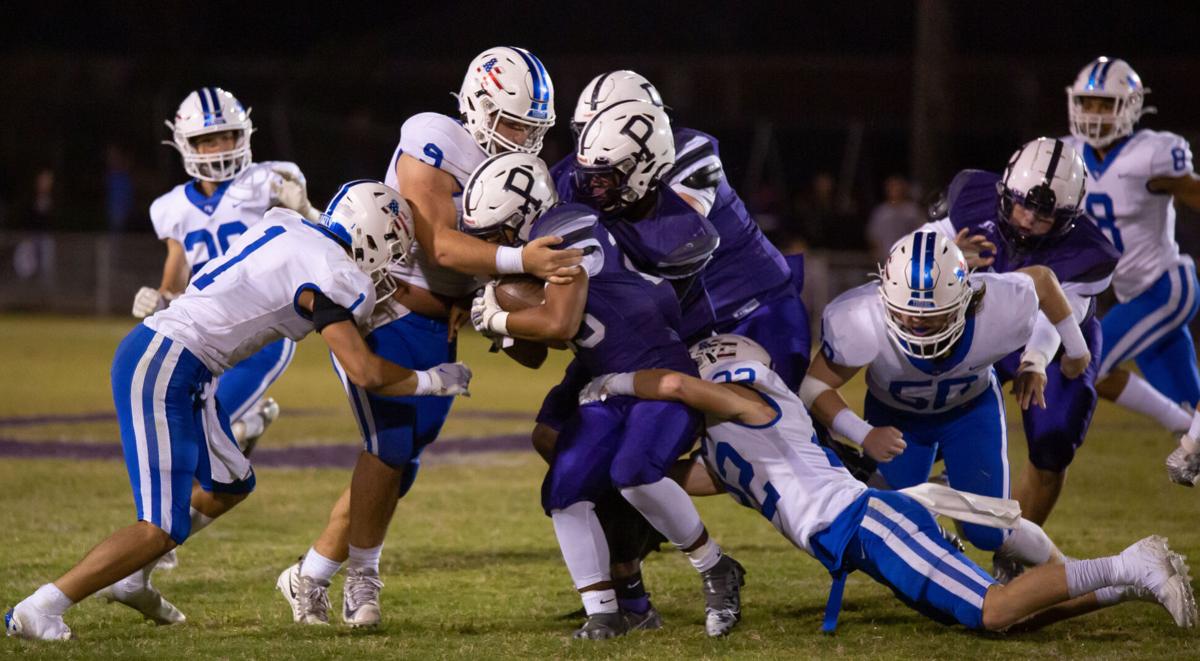 the football upfield behind the lead blocking of junior Nate Green (22). Clariday

had a 4-yard touchdown run in the Tigers’ 24-21 victory last Friday evening. 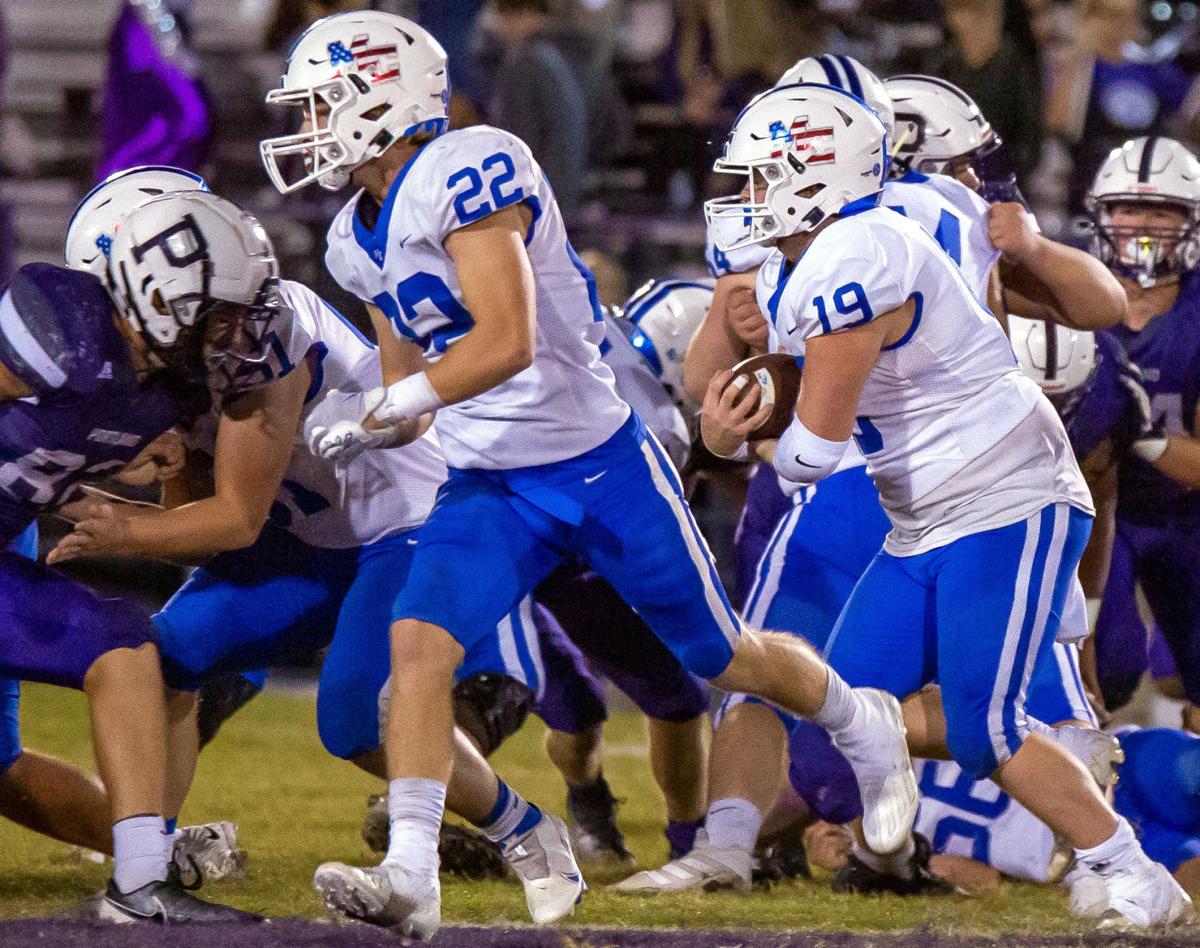 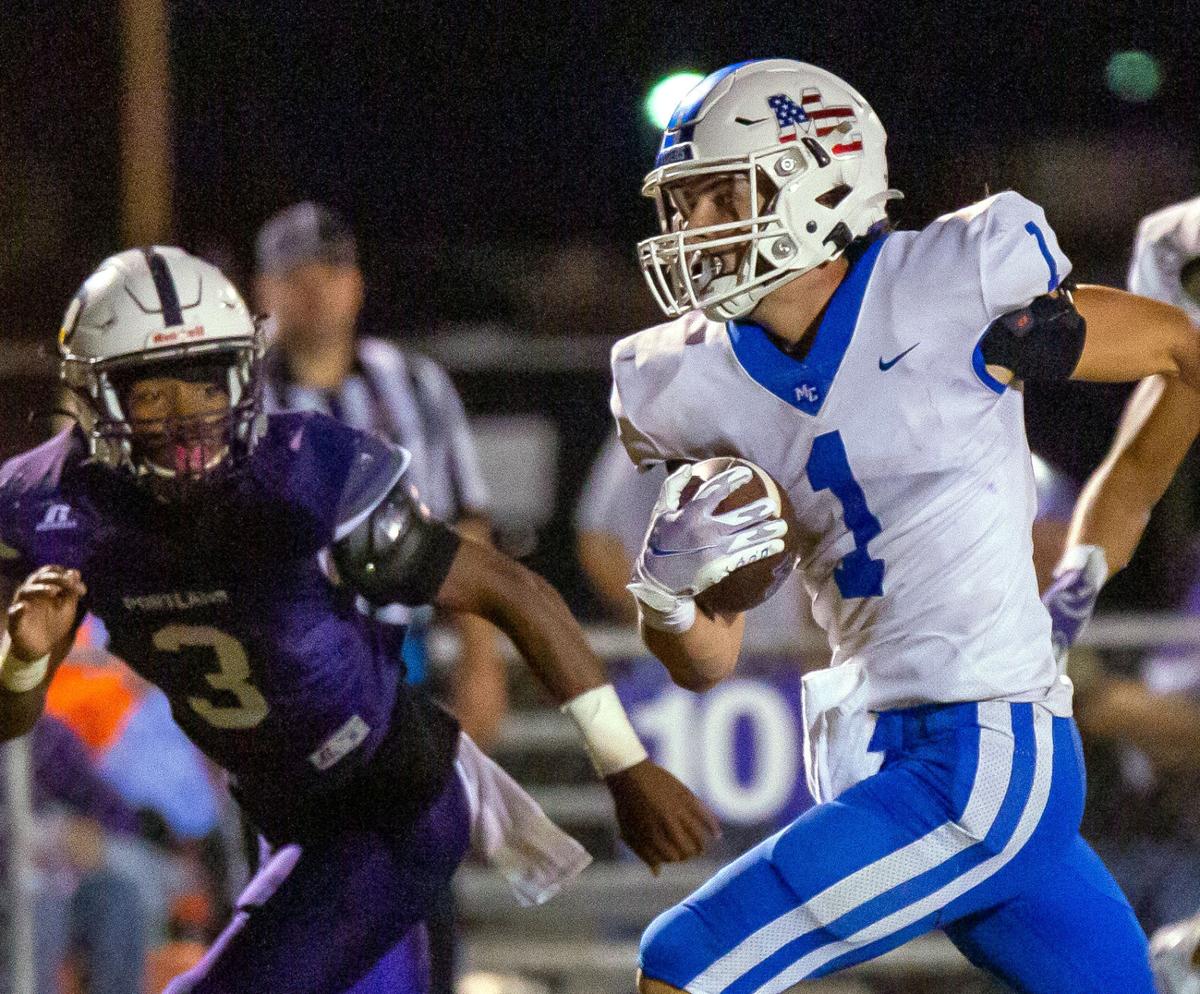 the football upfield behind the lead blocking of junior Nate Green (22). Clariday

had a 4-yard touchdown run in the Tigers’ 24-21 victory last Friday evening.

“(Portland) is a very talented team,” Tiger head coach Kyle Shoulders said. “To come into their house and come away with a win is huge.”

The Tigers’ opening drive took up 9:37 and covered 15 plays. It was capped off by a 14-yard connection from senior quarterback Braydee Brooks to senior receiver Cameron Houston.

However, on the point-after touchdown (PAT) attempt, the Panthers were able to get through and block the kick, keeping the score at 6-0.

Tiger placekicker Bryson Higgins followed with a short pooch kickoff to Panther Mason Swonger, who returns it 53 yards to the 10 yard line.

However, the Tigers defense limited the Panthers to 3 yards on the first three plays, but Panther sophomore quarterback Brayden Thornton was able to find teammate Freddy Paxton in the end zone to convert on fourth down, resulting in a 7-yard touchdown connection.

Panther kicker Nik Averitt split the uprights to give Portland a 7-6 lead with 35.5 remaining in the first quarter.

The Tiger offense responded with a 10-play, 55-yard drive, capped off by a 4-yard touchdown run from senior fullback Brody Clariday.

On the Tigers’ two-point conversion attempt, Brooks scrambled and dove into the end zone for a 14-7 lead.

However, that advantage did not last long.

Just 16 seconds later, Paxton sped 55 yards on the first play of the drive for a Panther touchdown. Averitt’s PAT tied the game at 14 with 6:37 remaining in the first half.

Later in the half, Brooks’ pass across the middle intended for teammate Landon Colter was picked off by Paxton, setting up Portland at its own 25 yard line.

However, the Tiger defense held again, forcing the Panthers to punt. Tiger junior Nate Green broke through to block the punt, setting the Tigers up on the 36 yard line.

On the next play, Brooks connected with Green for a 22-yard pickup before going out of bounds with 2 seconds remaining.

That set up Higgins for a 32-yard field goal, giving the visitors a 17-14 lead at halftime.

“Higgins’ kick was definitely the play of the game,” Shoulders said. “There were a ton of big-time plays tonight, but if he misses that field goal, we go to overtime. Anything could have happened then.”

The Panthers (3-3) received the ball to start the second half, where they marched down the field but were unable to convert on a fourth down, resulting in a turnover on downs.

The Tigers took over at the 21 yard line, and on the first play of the final quarter, Brooks was stuffed on a quarterback sneak on fourth down, giving it back to the Panthers at the 23 yard line.

A nine-play, 78-yard drive ensued, which was capped off by Panther junior running back Jalen Pero’s 9-yard run with 7:01 remaining.

The Tigers (5-1) responded though with a six-play, 57-yard drive that took approximately three minutes off the clock. Colter’s 6-yard touchdown run with 4:08 remaining was followed by Higgins’ PAT.

However, seven plays later, Paxton broke free for a 44-yard touchdown, but it was negated by a block-in-the-back penalty just before crossing the goalline. That left the Panthers at the 21 yard line with two minutes remaining.

After three run plays were stuffed by the Tiger defense, Thornton threw to Panther tight end Colby Lane when freshman safety Braylon Flowers broke it up, resulting in a turnover on downs and sealing the Tiger victory.

“I am proud of our defense,” Shoulders said. “They had their backs against the wall and made a huge play on fourth down to end it.”

Macon County travels to Baxter on Friday night to face Upperman in a clash of Region 4-4A unbeatens.