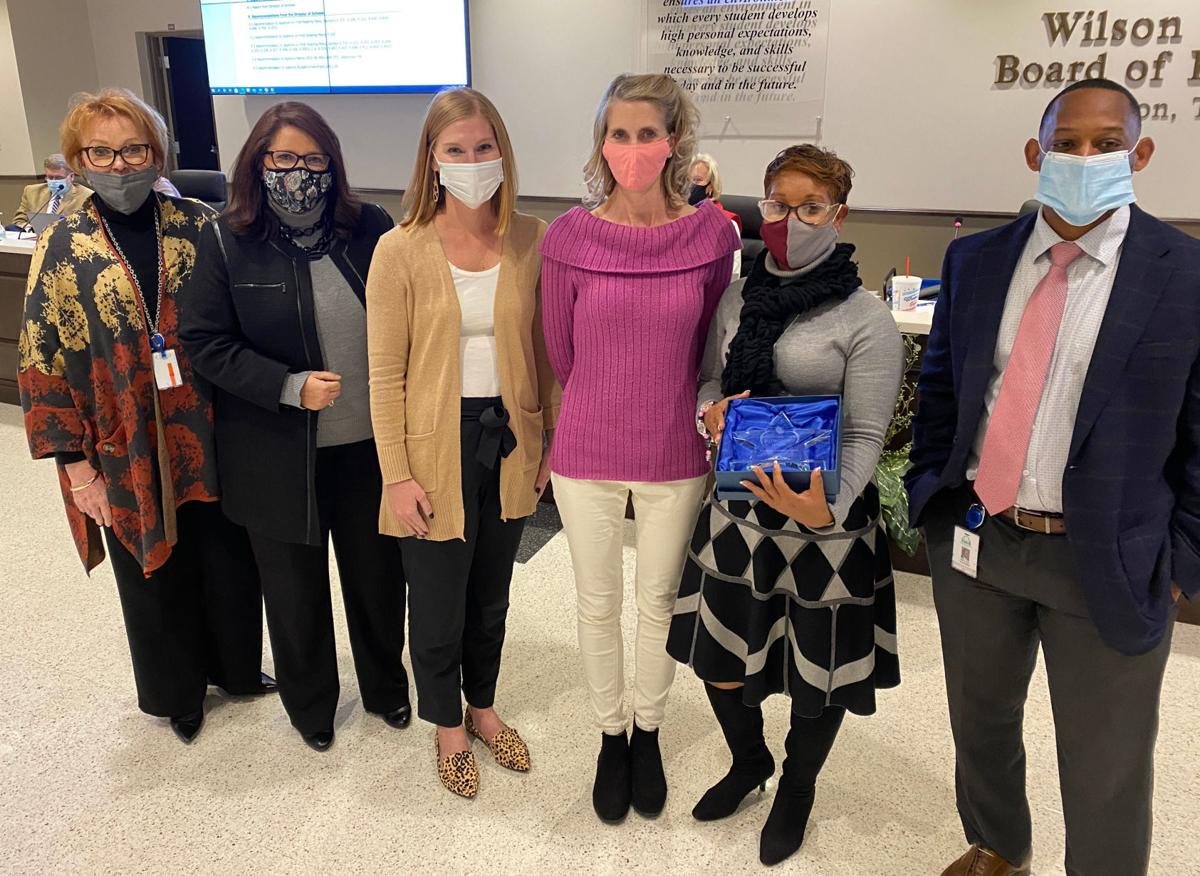 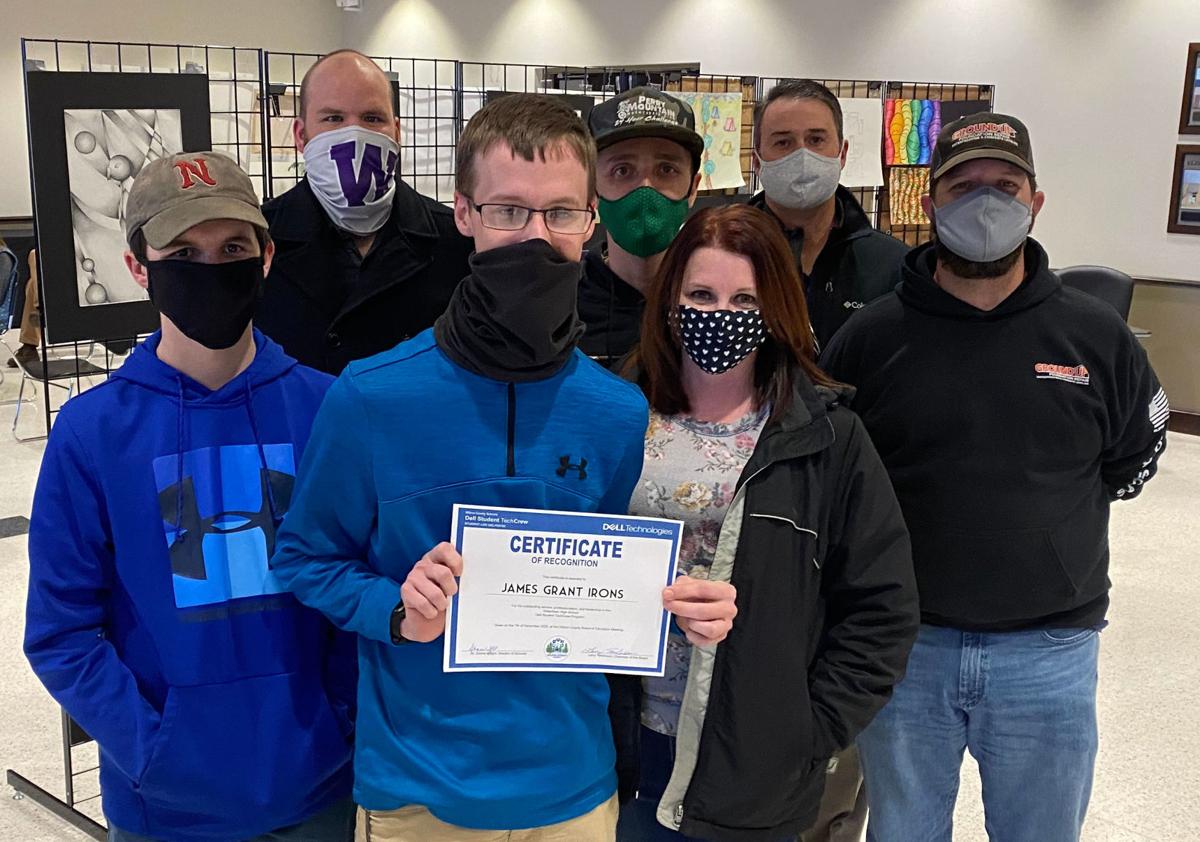 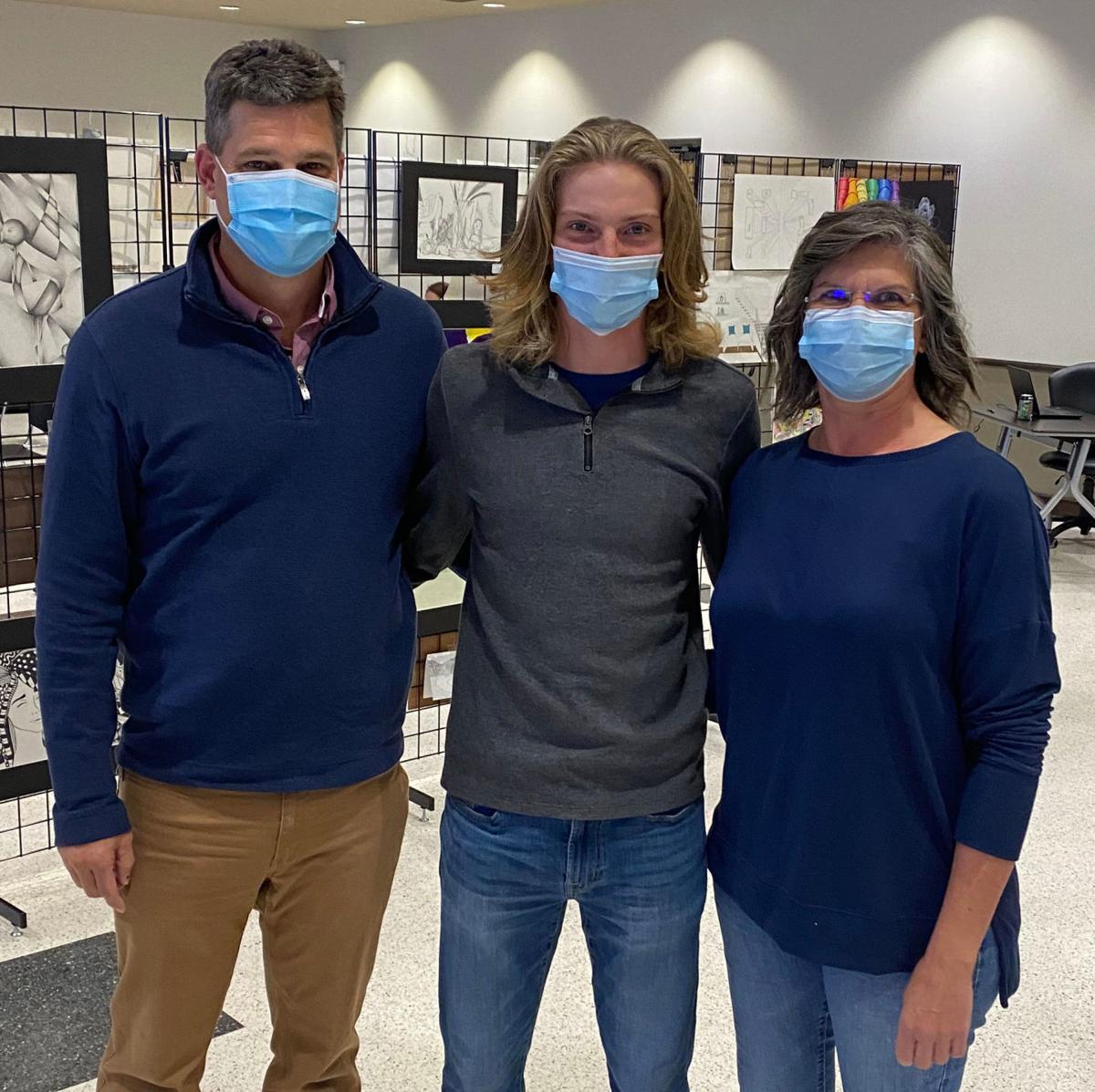 Lebanon High School senior Aiden Britt is flanked by his parents, Tony and Jolie Britt. Aiden was honored at the December school board meeting for his academic and athletic achievements.

Lebanon High School senior Aiden Britt is flanked by his parents, Tony and Jolie Britt. Aiden was honored at the December school board meeting for his academic and athletic achievements.

In a year when much of the news out of Wilson County Schools has revolved around the coronavirus pandemic, it might be easy to overlook the achievements of the district, schools and students.

Such successes are celebrated monthly at school board meetings, and the December event was no different. Board members and the public learned that Wilson County Schools students scored among the tops in the state on the ACT, W.A. Wright Elementary School earned a national honor, and students were recognized for excelling.

For the 2019-20 school year, WCS seniors scored an overall average composite of 21.5 on the ACT, well above the state’s 19.9 average and 0.6 points above the previous year’s WCS average. That ranks the district 12th our of 127 in the state. Of the districts where more than 800 students took the test, WCS ranks second.

“These gains go to everyone in our schools, our teachers our students. That’s where it all starts, and so much credit goes to our families too,”

WCS Deputy Director for Testing & Accountability Jennifer Cothron said in a news release. “Our schools have really stepped up and they understand completely the emphasis of the ACT exam and scoring a 21. When students score a 21, that opens up a lot of doors for our students in terms of scholarship money and other benefits.”

W.A. Wright was one of two Tennessee schools and 100 nationally to be named a National ESEA Distinguished School, which recognizes schools whose students demonstrate outstanding academic achievement. Wright also had exceptional student performance and academic growth for two consecutive years.

The program is designed to recognize and support schools that have used their federal Elementary and Secondary Education Act funds to improve education for all students, including economically disadvantaged students.

Two students received kudos from the school board for their achievements.

Grant Irons, a student at Watertown High School, was one of three U.S. high schoolers to be named by Dell Technologies CEO and Chairman Michael Dell during his discussion of Dell and education at the company’s Technologies World Conference in October. Irons is in his second year as a certified Dell Technician and he has been instrumental in advancing student-led tech support throughout the district. He serves as the tech team’s lead, designed the team’s work area and storage units, and developed a mobile repair unit that enables the team to fix problems in the classroom.

Aiden Britt, a student at Lebanon High School, was recognized for his achievements not only in the classroom, but on the cross country course. Britt is active in the Beta Club, Future Business Leaders of America, National Honor Society and was named a National Merit commended scholar. He has a 4.426 GPA and is the state champion in cross country in his division.