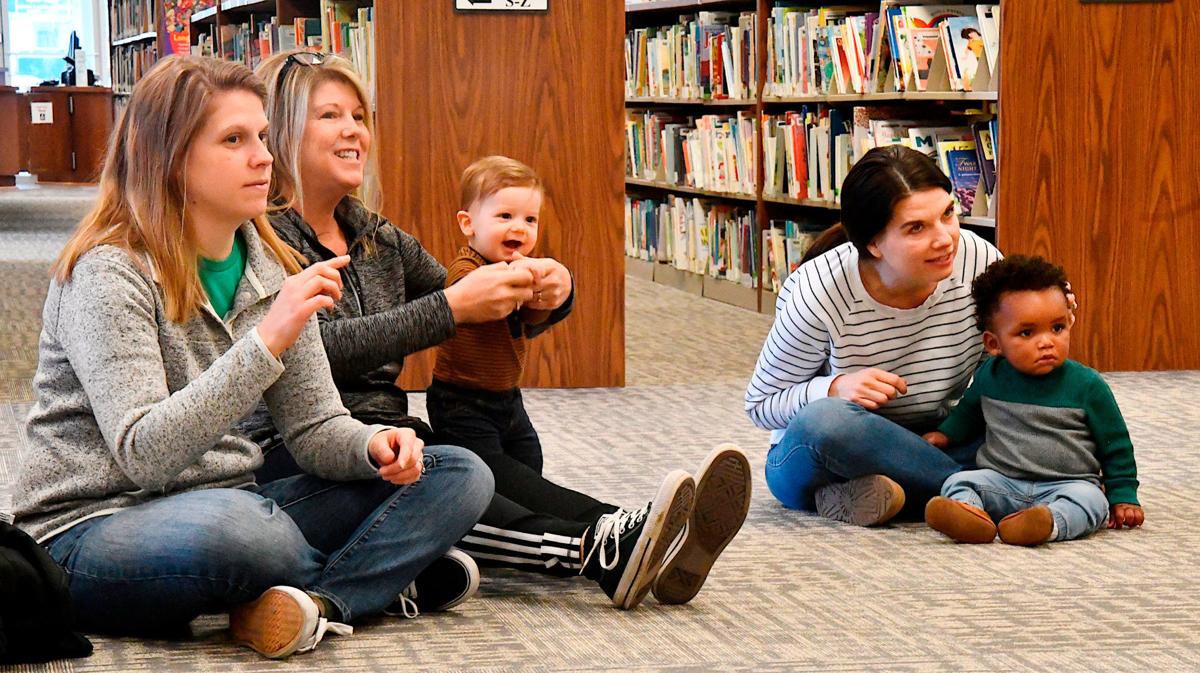 Dana Bilbrey, right, children’s librarian at the Lebanon branch of the Wilson County Public Library, leads kids (and their mothers) in a song Thursday morning. 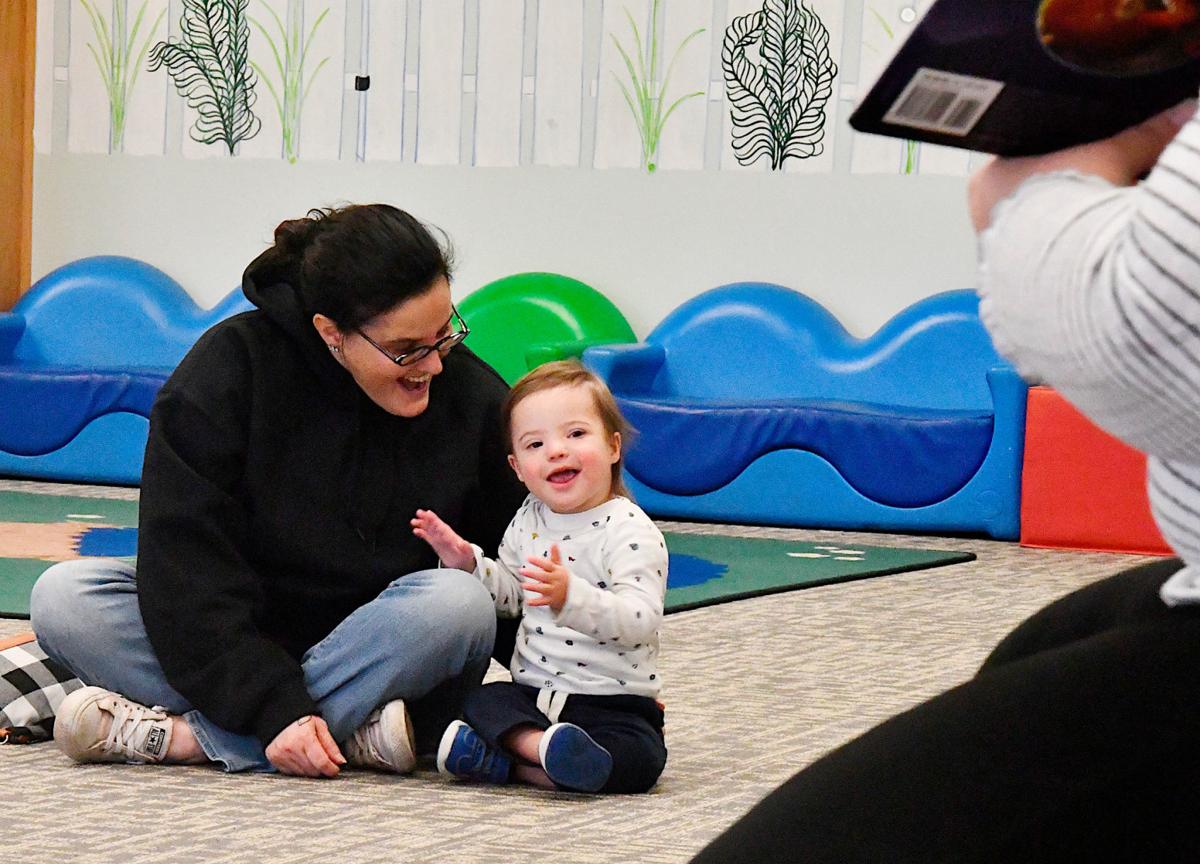 Dana Bilbrey, right, children’s librarian at the Lebanon branch of the Wilson County Public Library, leads kids (and their mothers) in a song Thursday morning.

They all come to the Lebanon-Wilson County Public Library every week for Lapsit: Nursery Rhymes.

“He has learned motor skills, clapping and dancing,” said Hannah Petty of her 8-month-old son Sam. “And he like to eat the crayons.”

Sam was joined by about 25 other kids and their parents or guardians Thursday morning at the Lebanon branch of the library.

The program is run by children’s librarian Dana Bilbrey, a Lebanon native.

“It’s so much fun to see the kids when they have that ‘aha!’ moment,” Bilbrey said. “The excitement they get — that’s always the best part.”

The children gather in a semi-circle on the carpet in front of Bilbrey, who starts by reading nursery rhymes while showing the kids the illustrations. Then there are games and other activities such as “Ring Around the Rosy.” Finally, the children get a chance to color.

Nancy Fowler is deputy director of the library now, but for 10 years she ran the children’s program.

She recalled an incident over the summer when a teen, 14 or 15, came up to her and asked, “Miss Nancy, can I give you a hug?” The young man had been a regular visitor to children’s time more than a decade ago.

“It makes you feel good when that happens,” she said. “When they say they enjoyed it and had fun.”

The library system’s director, Alesia Burnley wasn’t sure how far back children’s time goes, but said that she has photos from the 1950s and 1960s.

Each of the system’s three branches, Mt. Juliet and Watertown in addition to Lebanon, have activities for children. At the Lebanon branch, at 10 a.m. Tuesdays is Storytime and 10 a.m. Thursdays is the Lapsit program.

And the Watertown branch has Storytime most Wednesdays at 10 a.m.

Jennifer Winsor said she has been bringing her 2-year-old son Gavin to Lapsit every week since he was just a few months old.

Jaime Williams had her three children, Noah, 3, Micah, 2, and Judah, 5 months, with her.

“We come every Thursday,” she said.

Williams and fellow mothers Sarah Knizley (Ezra, 10 months) and Jessica Newton (William, 1 1/2) agreed that the chance for their children to spend time with other kids was one of the most valuable aspects of the program.

“He’s made a lot of friends here,” Knizley said.

“There’s a lot of socialization,” Newton said. “He gets to interact with all the other kids.”

The children’s programs at all the library branches are free.