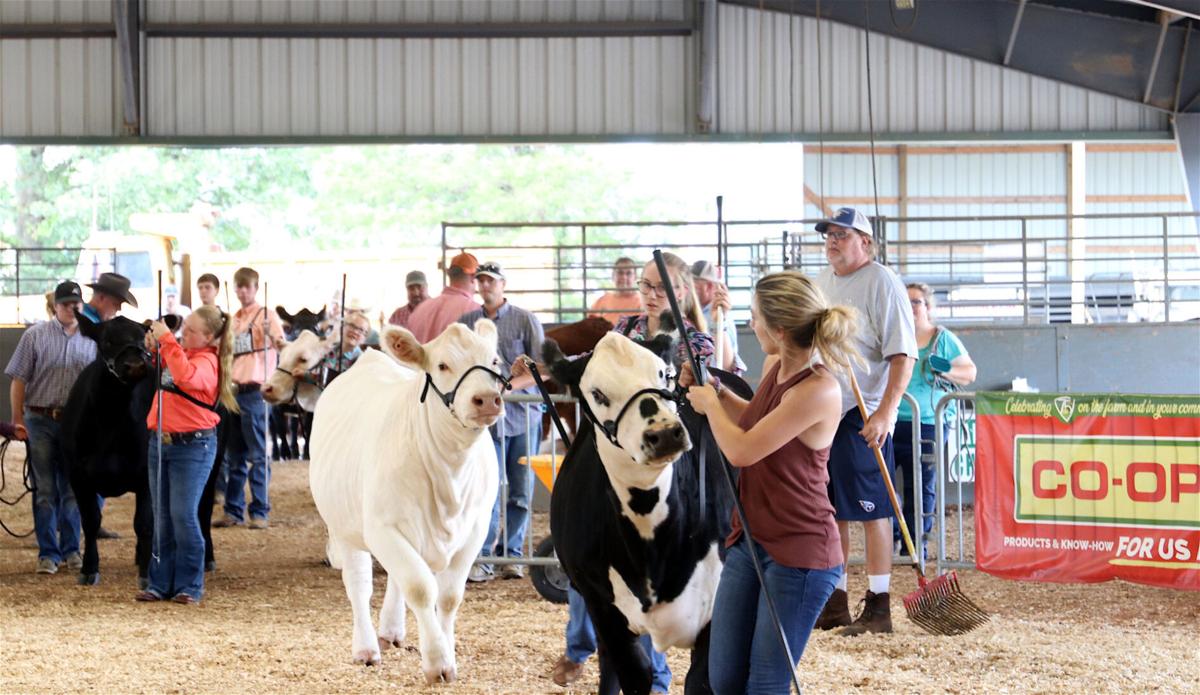 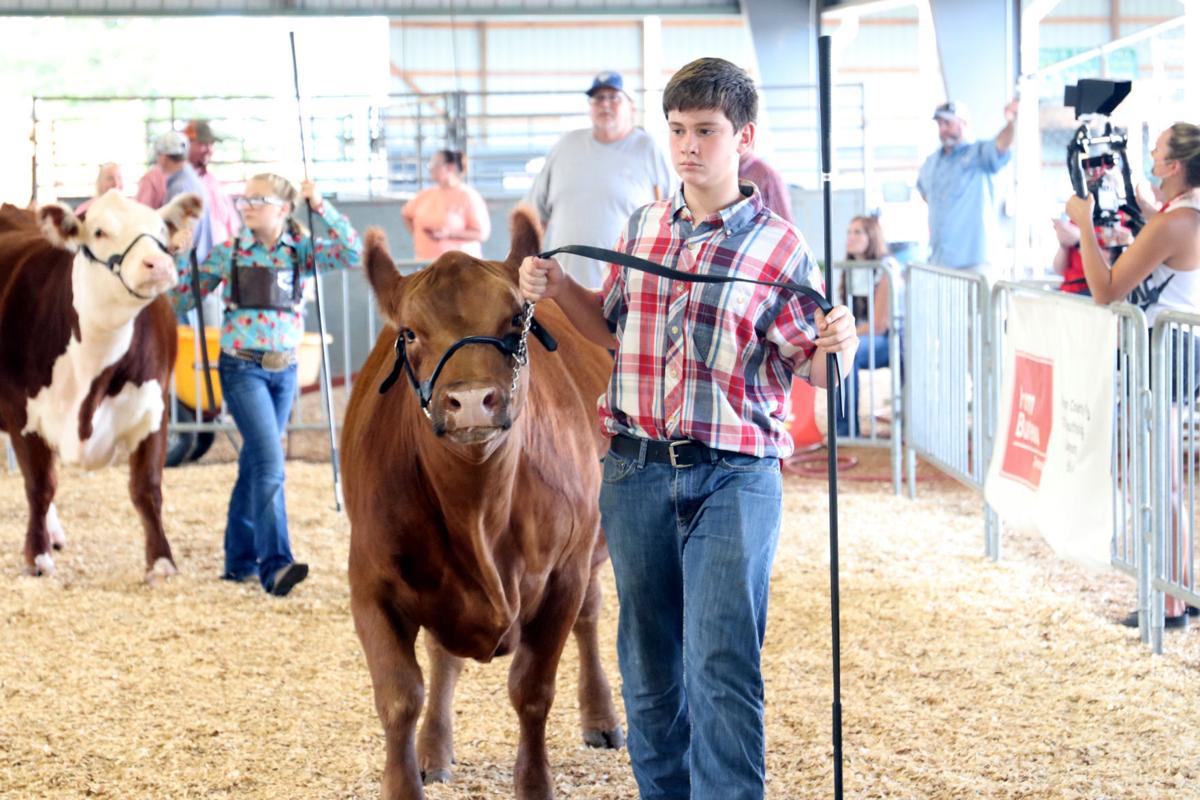 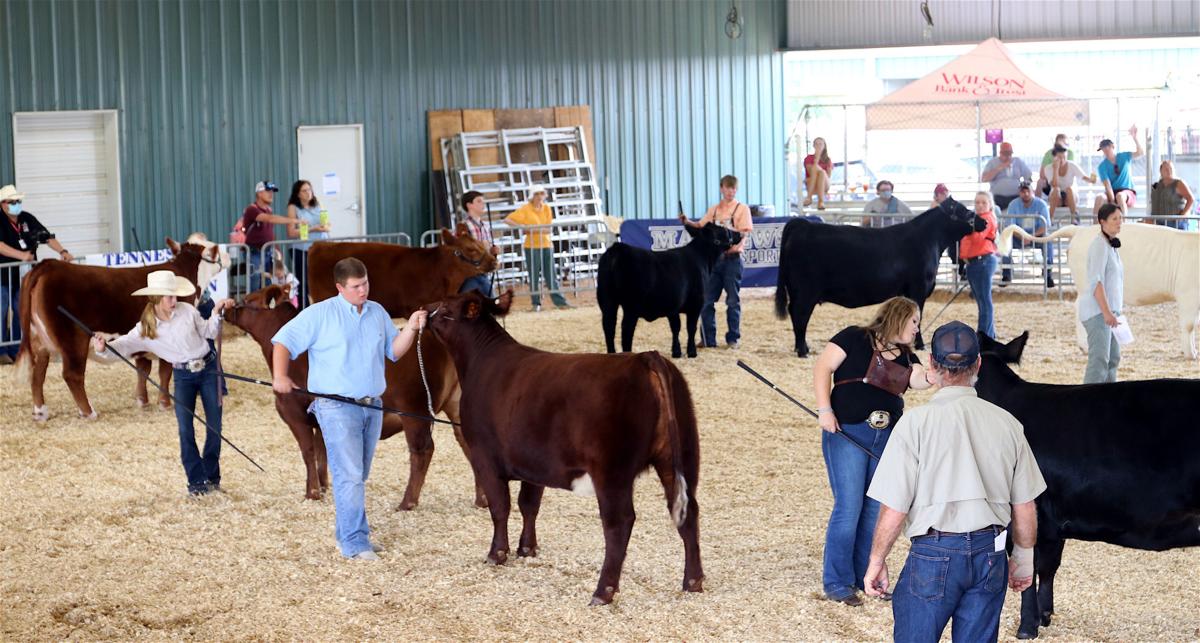 The Wilson County Fair may have been canceled this year, but organizers wanted to make sure children could still show off the livestock they put months of time and effort into.

An estimated 3,400 animals and 1,050 exhibitors attended the Wilson County Fair’s livestock shows from Aug. 13 through Sunday.

“The reason it was so successful is that the kids didn’t have a whole lot of places to show this year, and we were able to have it here,” Beef Commercial Heifer Show Chairman Quintin Smith said. “All the beef show numbers were way up from last year, and it very well could be a record.”

“I was just going around and talking to people who brought heifers and asked them where they’d shown them so far this year,” McPeak said. “One little girl told me, ‘not much.’ Everyone has been so appreciative about us having these shows and doing everything we could to make it safe.”

Face masks and social distancing were encouraged but not required at the event, and hand sanitizing stations could be found at several locations across the fairgrounds. Workers were also required to take temperature checks and the barns were regularly sanitized.

In between cleanings, the barns were home to hundreds of pigs, goats, sheep and cattle competing in a variety of shows. The festivities closed out with the TN Top Tier Sanctioned Heifer Show Championship on Sunday, which saw the grand champions from each cattle division square off.

“A lot of these kids have been working with these animals since before COVID-19,” Smith said. “They’ve put in a lot of time, and for these kids not to be able to show them would have been pretty disheartening.”

For those competing at the fairgrounds, that time paid off — especially for the 12 who took part in Sunday’s “Champion of Champions” show.

“These kids have got a few years to work on their livestock projects, and they’re our future of Ag,” McPeak said. “We want them to know what it takes to get to the show ring so our livestock projects really contribute to the food chain.”

McPeak said event sponsors also ensured those competitions would go on, and credited a letter of support from Tennessee Commissioner of Agriculture Charlie Hatcher for encouraging them to pitch in.

Although both Hatcher and the fair organizers emphasized the shows’ potential to impact the children taking part, they also gave local families something to enjoy together.

“These last few weeks were wonderful,” McPeak said. “It was really surprising to see the young families out there with small children — there were so many strollers. I think people are ready to get out and do something in a safe environment.”