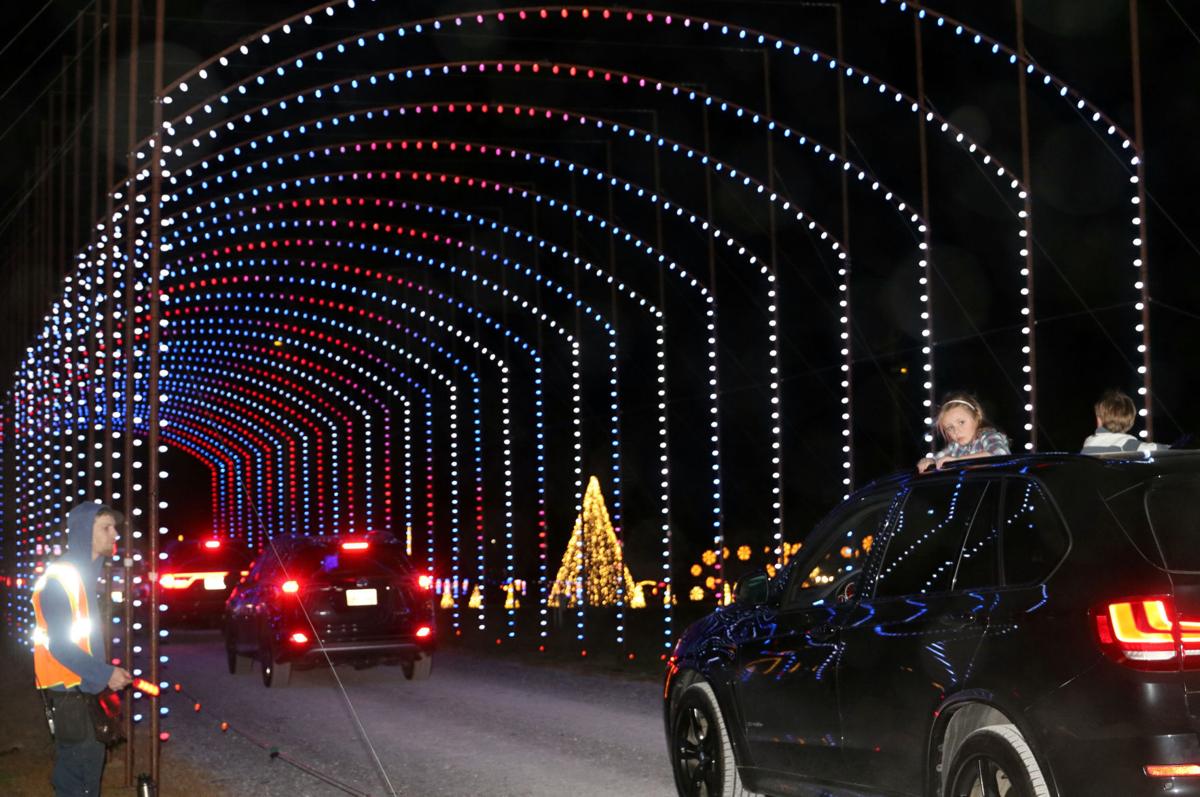 Families take a drive through The Dancing Lights of Christmas at the Wilson County Fairgrounds on this year’s opening weekend. 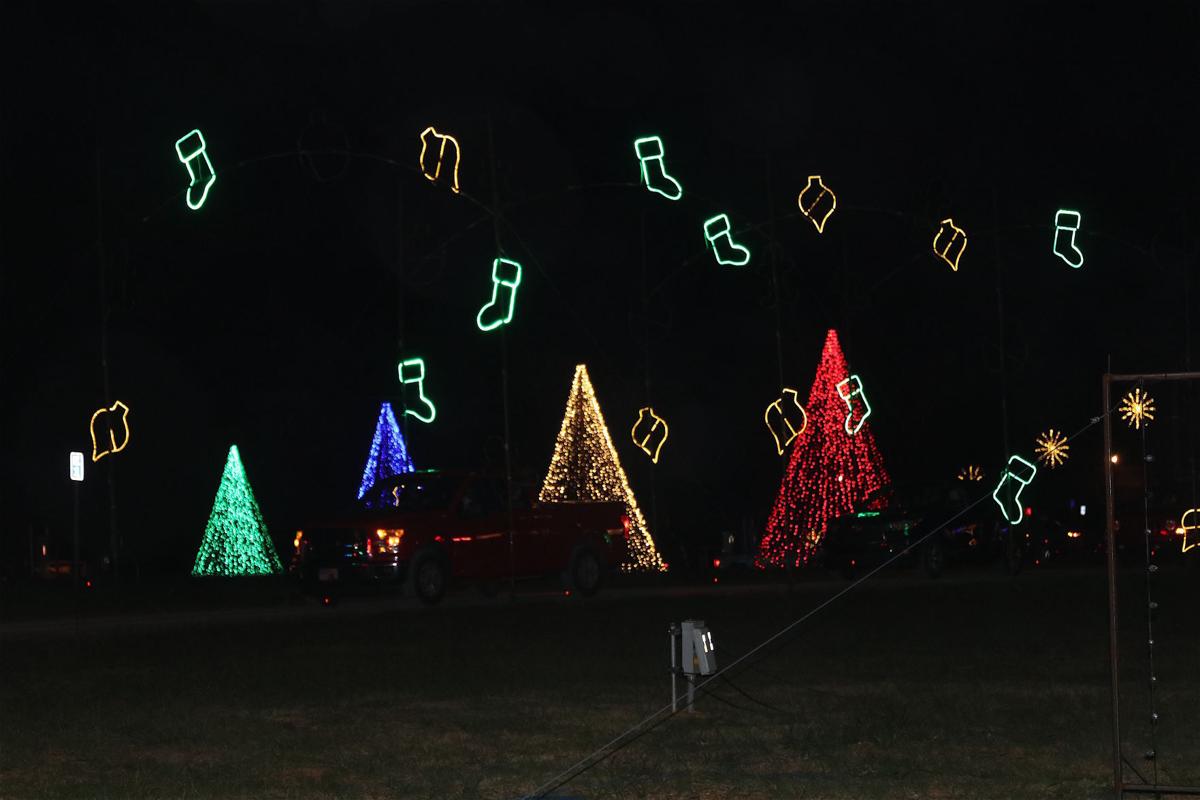 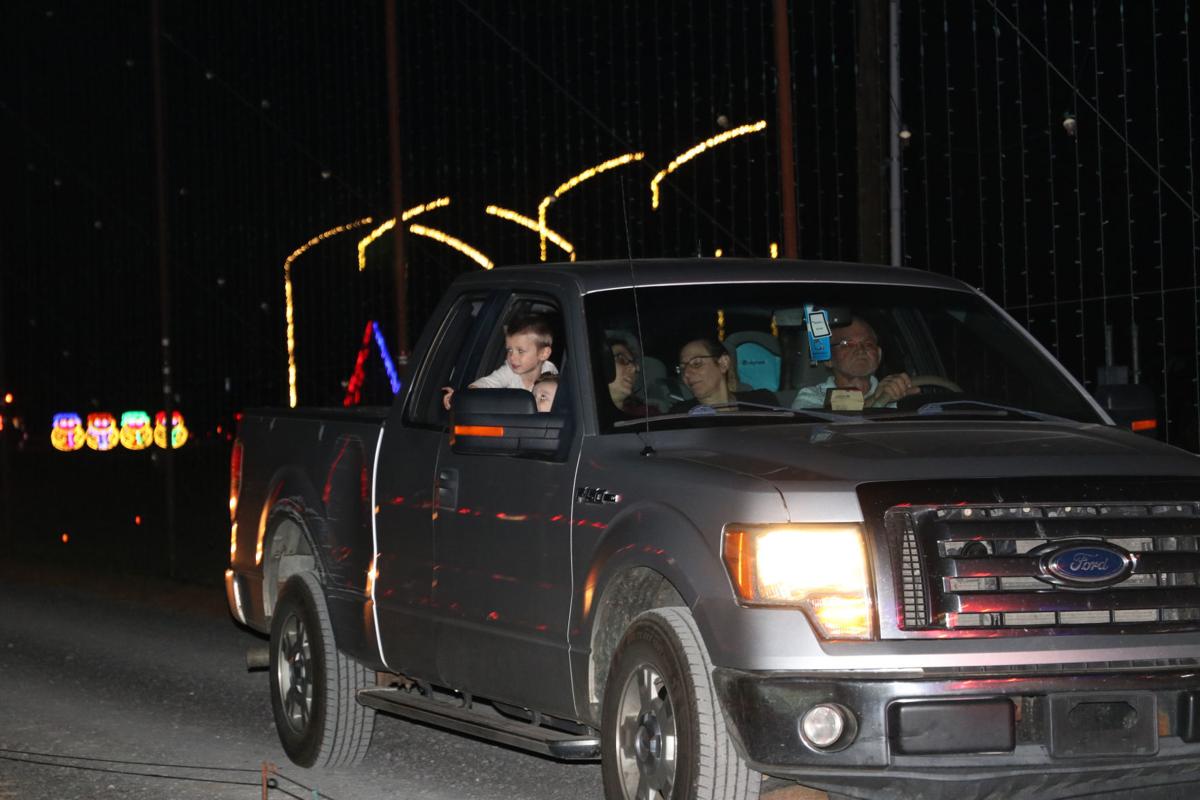 Saturday’s showing of The Dancing Lights of Christmas proves a hit with families from in and around Lebanon.

Families take a drive through The Dancing Lights of Christmas at the Wilson County Fairgrounds on this year’s opening weekend.

Saturday’s showing of The Dancing Lights of Christmas proves a hit with families from in and around Lebanon.

The Dancing Lights of Christmas is back to illuminate the Wilson County Fairgrounds through Jan. 3.

Mike Scalf has organized the elaborate drive-through music and lights show for 11 years, four of them in Lebanon, and expects this could be the most popular one yet because of COVID-19.

“A lot of events that normally go on this time of year have been canceled,” he said. “And since it’s always been a drive-through show, we didn’t have to change anything.”

The show runs nightly from 5-10 p.m. at $25 a car. Saturdays are the biggest draw, so families looking to skip the wait should consider driving through on a weeknight to see the display.

“It’s different from pretty much all the other Christmas shows because of the synchronization of the music and lights,” Scalf said. “It’s not rocket science, but it’s not easy.”

There are approximately 2 million lights across 2.5 miles at the show. That means hundreds of hours of computer programming so each of them flickers in time with the songs playing throughout the night.

“The lights are always doing something different depending on what song is playing,” Scalf said. “And if you come twice it probably won’t be the same experience.”

Attendees can also plan their visit around a series of benefit drives for Second Harvest Food Bank. On Mondays and Tuesdays through Dec. 8, a donation of at least three nonperishable food items means $5 off the ticket price.

“Just last year alone they brought in 2,600 pounds of nonperishable food,” Second Harvest Food Bank Coordinator of Community Relations Valerie Reta said. “And the great thing is, it gets to stay in the community.”

“We’re extremely thankful for it,” Reta said. “Community partners mean a lot to us ... and this year is going to mean even more with the increased demand. The demand is up 50% from people needing our services, and we’re distributing about 40% more than we did at this time last year.”

People returning to help out with the food drive may see more new lights this year than ever before. Staff normally adds onto the display from year to year, but the March 3 tornado led them to put in some extra work.

“The show is stored in six semitrailers, and two were destroyed in the tornado,” Scalf said. “So we had to redo a third of the show, and we rebuilt different stuff and added some new stuff.”

One major difference this year is that Santa’s Village has been canceled because of COVID-19, so children will have to wait until next year to meet Santa Claus and check out the petting zoo and inflatables normally found there.

Scalf estimated that at least 60% of attendees skip out on Santa’s Village anyhow, and expects to see a high turnout as people look for a safe way to celebrate Christmas amid COVID-19.

“I think it should be a good run,” he said. “I like to say we’ve been socially distant for 11 years.”