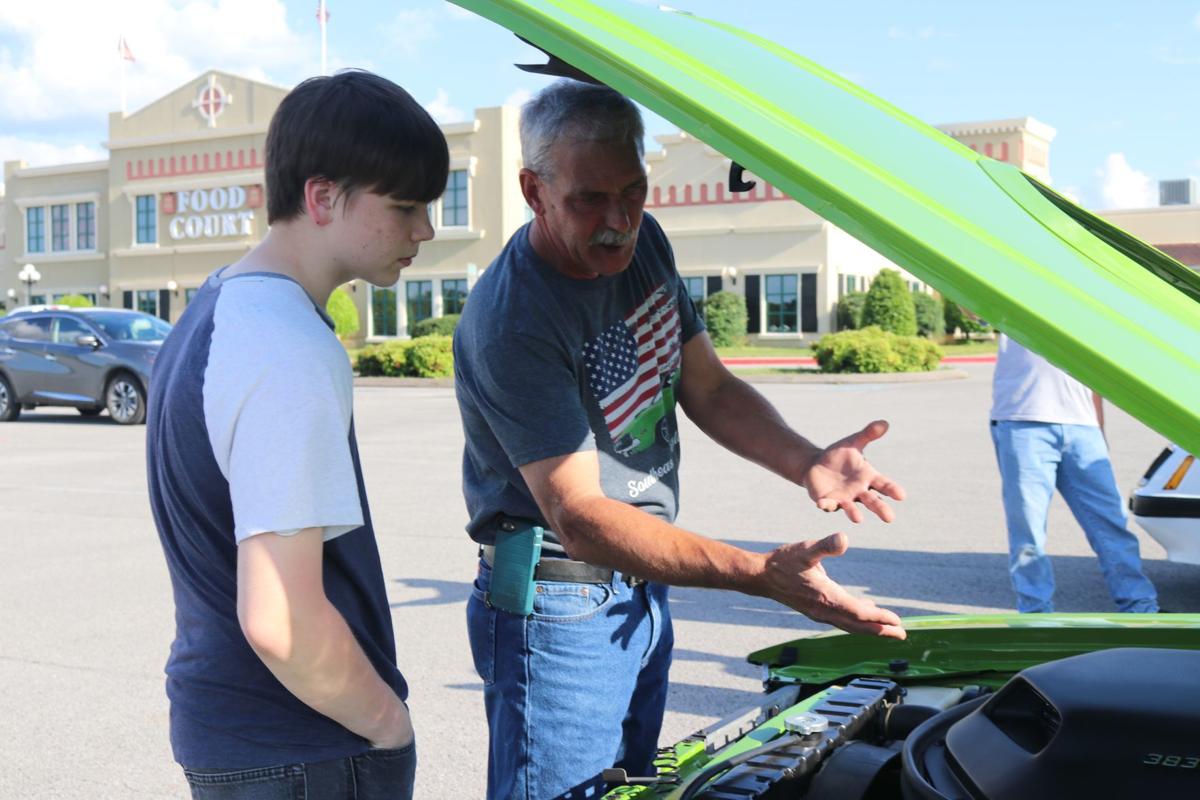 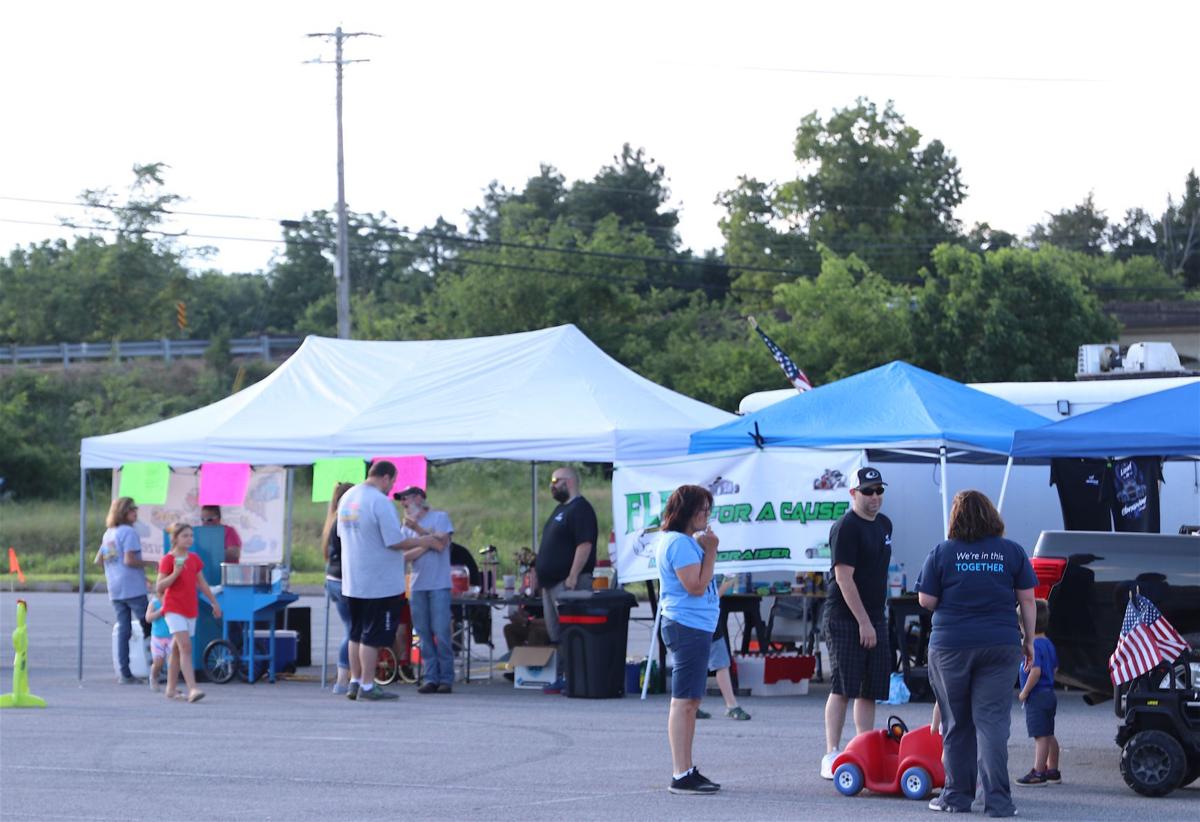 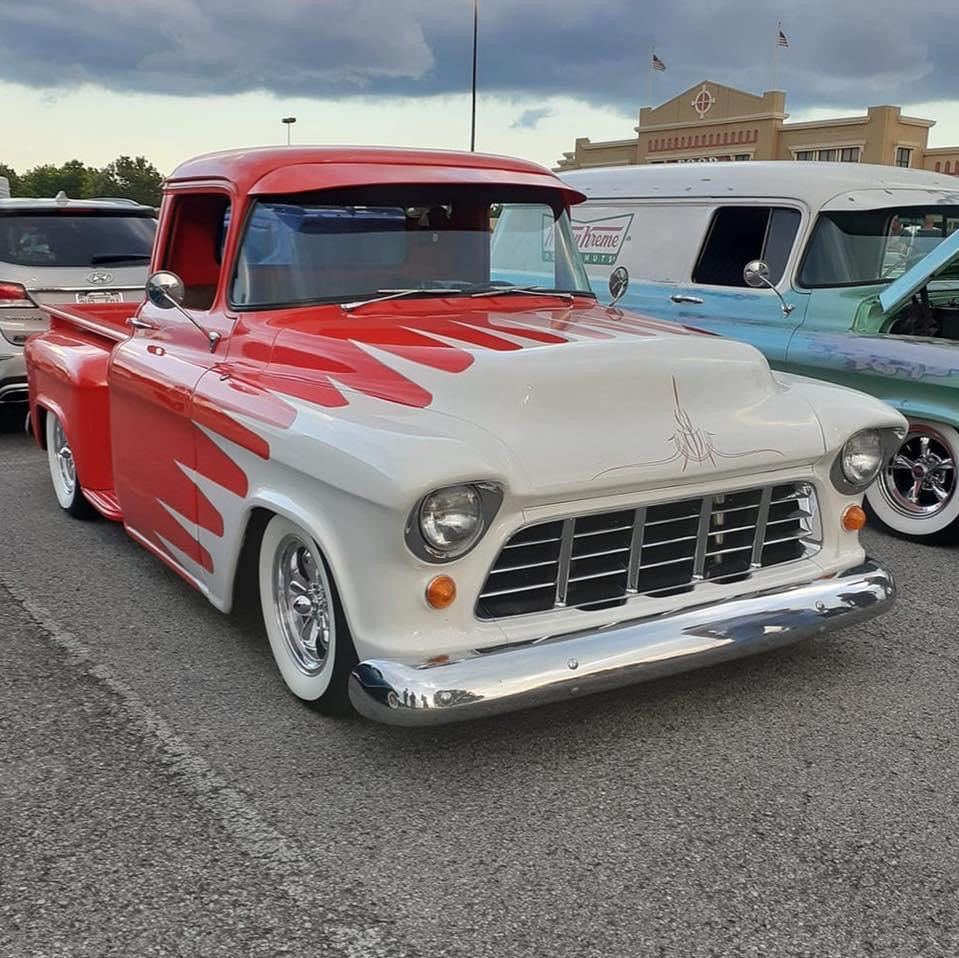 Phil Baylor was stuck in his house for two months and ready to hit the road, but although his local car show scene had yet to restart its engines, a cruise-in at the Lebanon Outlet Mall lifted his spirits.

The Hendersonville resident was among dozens in attendance for the Loud -N- Obnoxious Cruzers’ latest event on Friday, one of the first area car shows since restrictions on gatherings began lifting.

“I think the cruise-in went very well for the second one, especially with rain in the forecast,” Loud -N- Obnoxious Cruzers President Tom Loftis said. “We ended up with about 110 cars, and I’d like to see it grow to 400 or more.”

Loftis plans to continue hosting weekly cruise-ins on Friday evenings, creating a space for the public to check out classic cars and spend time with family. Attendees can also win door prizes, snack on sweet treats and help raise money through 50/50 raffles.

“All our money goes back into the community,” Loftis said. “Our main goal is to try to help sick kids and veterans, and one of our big projects right now is raising money to fight muscular dystrophy … and we know the Lebanon Outlet Mall has been hurting for business so we’re trying to help them by getting people out here.”

Friday’s raffle saw the club’s share at around $120, which Loftis said is a normal weekly yield. Members are also sponsoring a large-scale fundraiser for muscular dystrophy at the Wilson County Fairgrounds on June 27, in honor of club member Tom Bell’s late son Brayden.

Bell said his son’s muscular dystrophy diagnosis came as a complete shock, especially when he heard it was 100% fatal. Now he hopes to carry out Brayden’s wish to prevent other children and families from sharing that experience.

“As the years progressed so did his complications and debilitation, but he never let that stop him or dampen his spirits,” Bell said. “He decided he wanted to participate in studies to try and help find a cure for the other kids, and that’s just what he did … he became my hero.”

The club works to make the event a fun time for the children in attendance, with cotton candy and snow cones to keep them cool while they take in the sights and sounds of classic cars.

Devan Decker, of Rockvale, Tennessee, brought his grandson Blayne Wheeler to the event after hearing about it on Facebook, and the 1970 Dodge Challenger they drove in was a hit with attendees.

Wheeler had come from Scottsville, Kentucky to visit his grandfather for the first time in months and enjoyed being able to share the experience with him.

“It gives us something to do together,” Wheeler said. “I love the car too, and it’s nice to be out here and see more of them.”

The event also marked a few milestones for Baylor, including an anniversary celebration for his car of choice.

“This is the first car event I’ve been to in months,” he said as he gestured to his 1966 Mercury Comet Cyclone GT. “I’ve had it 14 years last weekend after I got it from a good friend of mine. The good thing about driving an old car is you’re connected to it — they don’t drive perfectly like a new car would, so you’ve got to be one with the car.”

Baylor was also able to connect with local car enthusiasts at the event and could often be spotted sitting in the shade with new friends.

Loftis hopes first-timers from out of town will continue to help the cruise-ins grow both as social gatherings and benefits. This season’s events are scheduled from 5-9 p.m. on Fridays at the Lebanon Outlet Mall, though the location may change depending on COVID-19 guidelines.

“We want to be a positive presence in the community and do something fun and free for everyone to enjoy,” he said. “At the end of the day, people need help, and that’s what fires us up.”