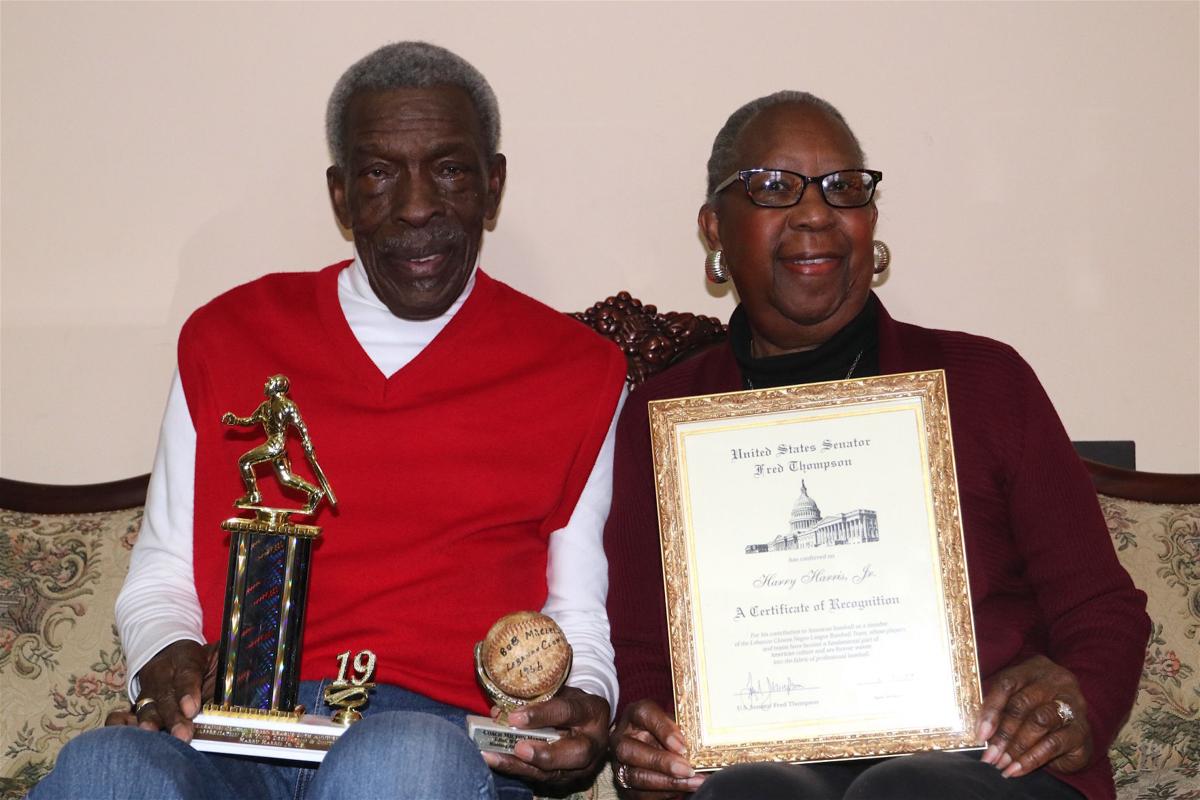 Harry “Hammerhead” Harris Jr. and his wife Mary have perhaps the largest collection of memorabilia related to the Lebanon Clowns, the city’s Negro League baseball team he played for in the 1950s. 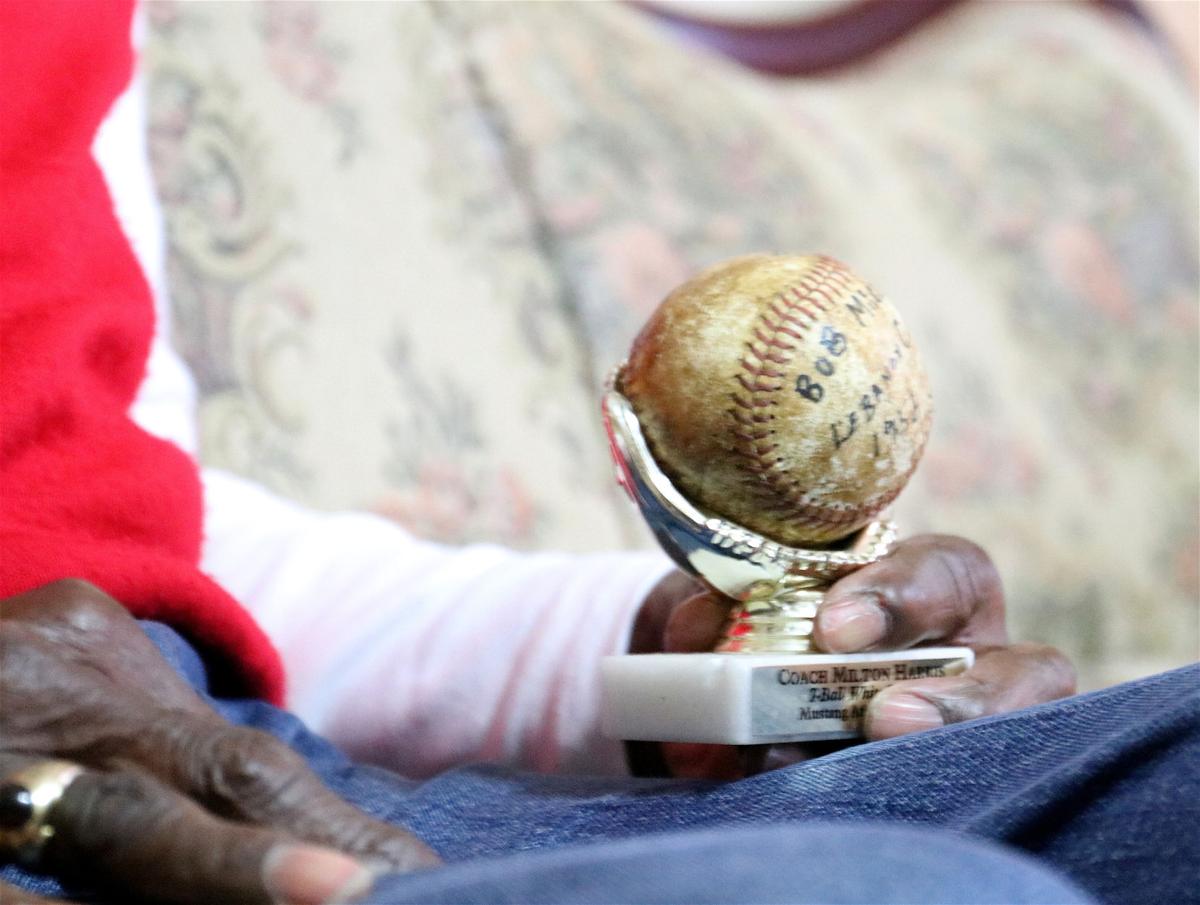 surviving player from the

Lebanon Clowns, but keepsakes like this baseball signed by Robert “Pondwater” 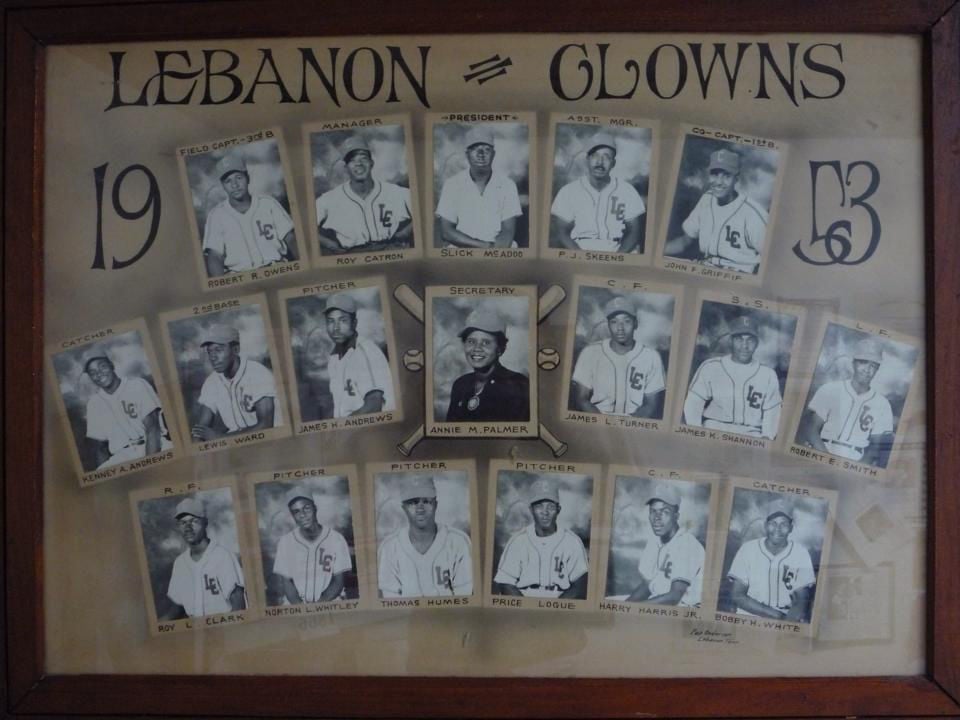 Right: Roy Anderson, a photographer who worked extensively in Lebanon’s Black community, took the portraits used in this team photo of the Lebanon Clowns circa 1953.

Harry “Hammerhead” Harris Jr. and his wife Mary have perhaps the largest collection of memorabilia related to the Lebanon Clowns, the city’s Negro League baseball team he played for in the 1950s.

surviving player from the

Lebanon Clowns, but keepsakes like this baseball signed by Robert “Pondwater”

Right: Roy Anderson, a photographer who worked extensively in Lebanon’s Black community, took the portraits used in this team photo of the Lebanon Clowns circa 1953.

Many Tennesseans first heard about baseball’s seven Negro Leagues after the MLB’s decision to recognize their records as major league statistics this month.

But for Lebanon’s Black community, Negro League baseball was a way of life, and the Lebanon Clowns were the stars of the show.

“Just being involved with the team and the guys that we grew up around was the best part,” centerfielder Harry “Hammerhead” Harris Jr. said. “It was great, we were together.”

Harris is the last known surviving member of the Clowns and played on the team for about six years in the 1950s. The team was active from at least 1949-56, when the late Thelma “Slick” McAdoo served as its president, and played home games at Shady Hill Park next to WCOR AM on Sundays.

“Sunday baseball was really kind of a community outing in many communities in Middle Tennessee,” C.E. McAdoo, Thelma’s son and a batboy for the team, said. “Games started around 3 p.m. so people would go to church and then go to the ball games. You got to meet some friends, a lot of romances happened at the ball games, meet your sweethearts and different things.”

The Clowns spent their share of time on the road as well, playing against other Negro League teams from Tennessee, Kentucky, Alabama, Indiana and Michigan.

“I think that maybe the most exciting and best game was when we played the Tennessee State Penitentiary,” Harris said. “They were good back in that day, so I think I enjoyed it more. They beat us down there, but when they came here we beat them.”

Surviving fans may remember those moments, but records and statistics from the Clowns’ games could be lost to time. The MLB’s Negro League statistics range from 1920-48, at which point integration was in place and the leagues were slowly phasing out.

“We don’t have the direct stats,” McAdoo said. “I don’t know about perfect games, monumental home runs and stuff like that, but these were players that participated at a very high level. We’re still trying to piece those together as far as statistics and what they did.”

Negro League baseball was an important recreational activity for the members of the team, especially during the summer months, since many of the players were still in high school.

“The older men were like mentors because most of them were fatherless,” Harris’ wife, Mary, said. “Impoverished, low-income, single mothers. But they were able to travel to different places. It was an asset, I think, to the self-esteem and the character of the neighborhood.”

As the club president’s daughter, Mary Harris was involved with the Clowns for years, and as the president of the Wilson County Black History Committee she has long worked to keep their legacy alive.

WCBHC brought the Clowns back together for the first time in more than 30 years at the inaugural Baseball Team Roundup in 1999. A written account from team co-captain Johnny “Bigclue” Griffith read during the program says the team first played as the Lebanon Giants on Trousdale Ferry Road, though the time frame is unclear.

The event also led the late Sen. Fred Thompson read a tribute to the team into the U.S. Congressional Record that includes their roster and managers.

“The players and teams of the Negro Baseball League have become a fabric of professional baseball,” Thompson said. “The surviving players, some now in their 70s, are still as filled today with pride and love for the game as they were when they were young rookies on dusty sandlots.”

Although most of the people involved with the team have since passed away, the WCBHC has continued hosting the Roundup — only missing a year in 2020 because of COVID-19.

Each event also awards a scholarship honoring the late Chris Price, whose success in college baseball led him to a minor league season with a Kansas City Royals affiliate team in 1995. He was killed in a motorcycle accident in 2009 just before his 36th birthday.

Those interested in helping the WCBHC preserve the Clowns’ legacy are asked to contact the organization at 209 E. Market St. in Lebanon.

“We may have been called the Clowns, but when we got on the field there wasn’t any clowning around,” Harry Harris Jr. said. “We played to win.”