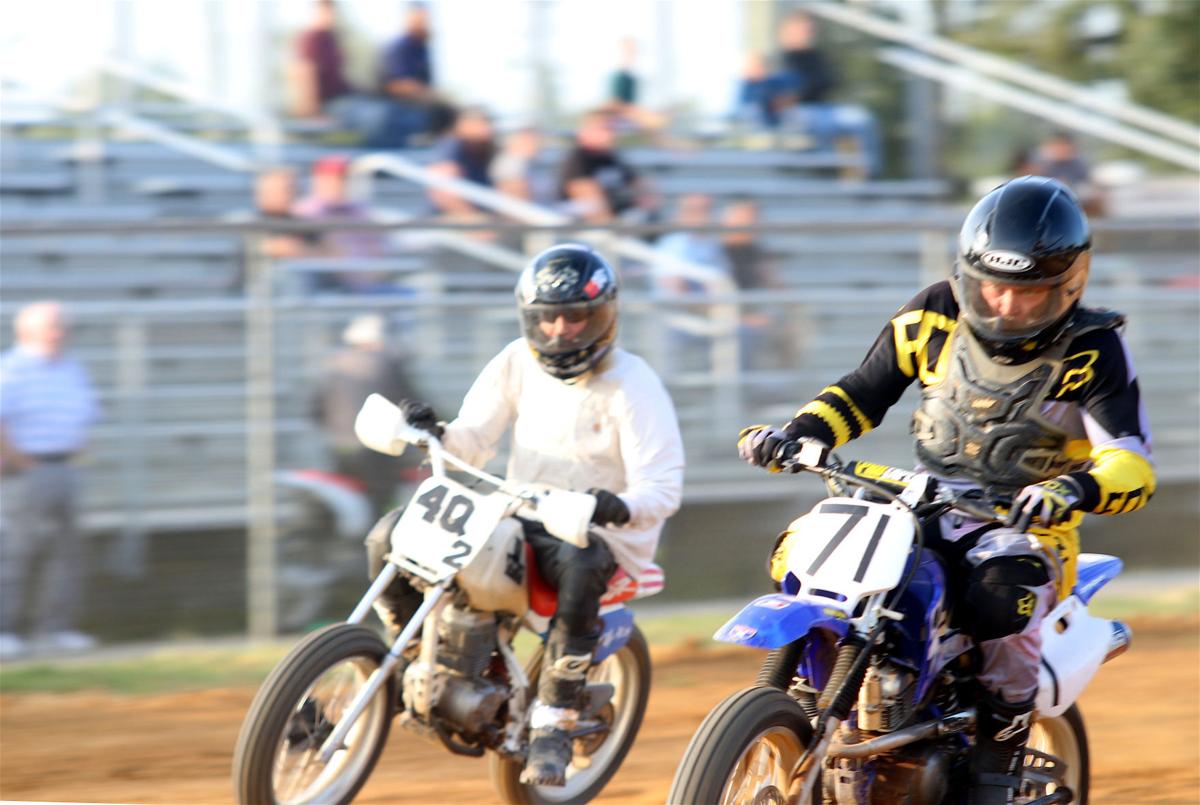 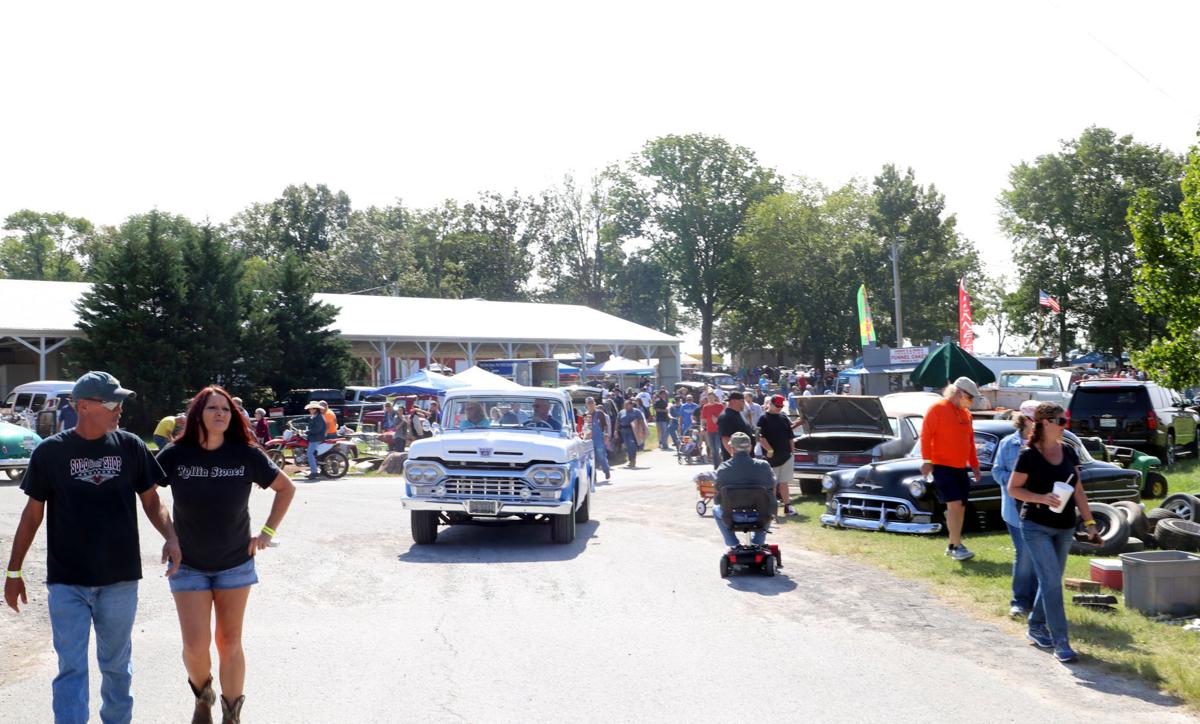 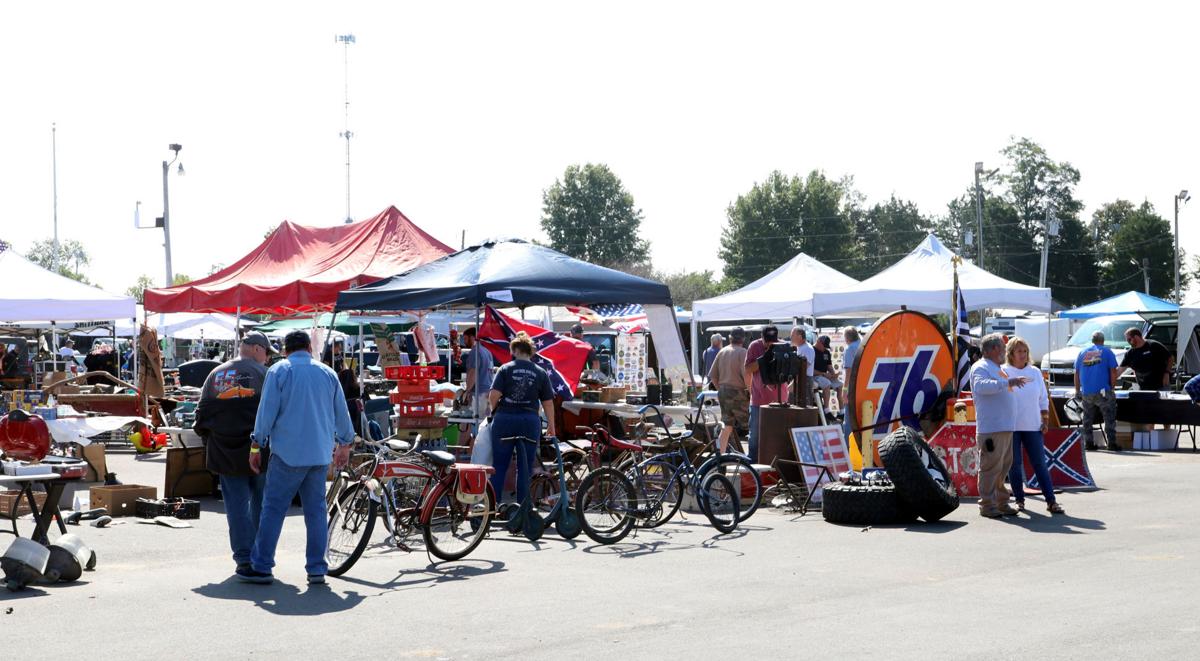 Hundreds of classic cars, customs and bikes drove in to the Wilson County Fairgrounds over the weekend for the 15th Annual Redneck Rumble Car Show & Swap Meet.

The event has grown into a high-traffic stop for car enthusiasts, and license plates from across the country showed it.

“We have a huge swap meet here, probably one of the largest buy, sell and trade events in the southeast,” said Kelly Bennett, a longtime employee of event organizer Both Barrels Promotions. “I talked to a guy yesterday who had come from Washington, and the actual car show is a big draw, too.”

COVID-19 may have kept some people from making the trip to the fairgrounds, but local businesses are still expected to benefit.

“It definitely brings a lot of money into the community,” Bennett said. “Motels are full, and the local restaurants see extra traffic. Turnout’s been solid this weekend — it definitely wasn’t banner, but it has been a good turnout.”

Tracy Jones, of Sparta, has brought cars from his collection almost every year since the show started and was among those in town this weekend. He traveled with both a 1945 rat rod and 1960 Chevrolet van.

“I’ve had the rat rod for numerous years,” he said. “I’ve pretty much done everything to it. It’s got a piece of everything — motorcycle, Chevy, Ford, you name it.”

Those inspired by the rat rods and looking to build a custom could also head over to the swap meet and find the perfect parts, or try their luck with one of many vendors.

“We’ve come out here every year for at least 11 years,” Randy Lee, a vendor from Lawrenceburg, said. “It’s mostly automotive related, but I have a lot of other stuff like home décor and comics.”

Lee’s stock comes from a variety of personal collections, but cars remain his favorite passion.

“I’m a car guy, and the camaraderie of everybody here is like a big family,” he said. “I used to bring a car out here and probably will again next year … the last three years is when we started doing this as vendors.”

Another recent addition to the Redneck Rumble saw dozens of motorcyclists take to the track for some friendly competition.

“We’re doing motorcycle flat track races for our second year,” Bennett said. “We used to do a demolition derby.”

The event included a variety of heat races and tricks like motorcycle limbo leading up to the main competition.

Nancy Cleppe, of the College Grove community, was among the race’s sponsors through her motorcycle group The Scooter Crew. She typically competes in events with her husband Tom and decided to volunteer instead because he was unable to attend.

“We come every year, but this is the first time we’ve sponsored anything,” she said. “It’s a blast — it’s so fast-moving and exciting as a rider, but it’s really fun for the spectators as well.”

The last race marked the end of the festivities, and for many it also marked their first trip in a new car as they headed home.

“My favorite thing about the Redneck Rumble is the diversity,” Jones said. “You see everything from beautiful to rust. I’ve been around cars all my life and never been where you can see some of the stuff that’s out here. It’s unmatched in the diversity.”