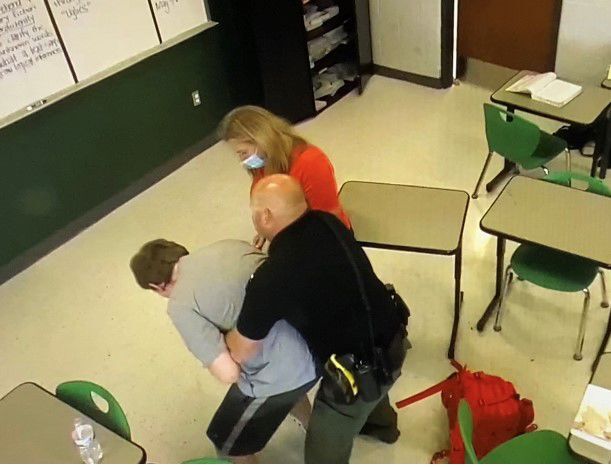 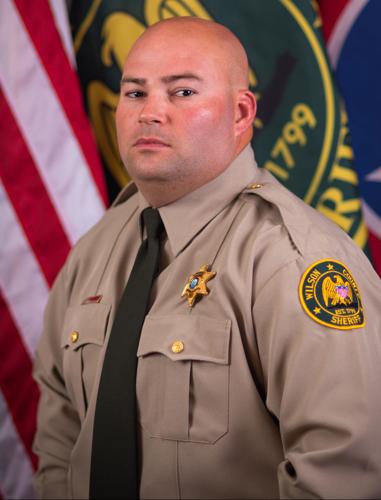 When a Mt. Juliet Middle School student started choking earlier this month, there was very little time to respond with appropriate medical attention. However, the actions of the school’s nurse and school resource officer (SRO) in all likelihood saved the young man’s life.

It was just a normal day for officer Chase Dillard, the Green Hill High School SRO. High school students were in the middle of a class change when he observed the incident begin to unfold.

“I was standing at the grand staircase on the first floor,” Dillard said. “I saw one of our middle school teachers coming down the wing, rushing to the nurse’s office. It wasn’t a few seconds later that the nurse and her came running out and up the steps back to the second floor.”

Since the tornado, students from the middle school have taken classes in extra space at Green Hill High. After the teacher, Rachel Atwood, retrieved the nurse, Sarah Baines, and immediately proceeded to return toward the classroom, Dillard knew that something was amiss.

He followed Atwood and Baines back to the classroom. When he got there, Baines was already performing the Heimlich Maneuver on a student, who was apparently choking on a bottle cap. Baines attempted the maneuver several times while the other students were evacuated out of the classroom.

“When I could not dislodge it after the third time that I tried, I knew that I was going to have to get the student down on the ground and try to advance my maneuvers to try and get it out,” Baines said in a release from Wilson County Schools. “I saw Officer Dillard at the door, so I went ahead and called him over to give him that opportunity because he might be able to get it out, and he was able to.”

Dillard was quick to react to Baine’s summoning. According to reports, Dillard picked the student up off the ground and wrapped his arms around him from behind and provided a few strong thrusts. The object became dislodged, and the student was able to regain normal breathing patterns.

Dillard has only been an SRO for two years, but he has been a member of the Wilson County Sheriff’s Office for 11 years. He previously worked in the patrol division.

“I love what I do now,” Dilllard said. “It’s very rewarding. I was a little hesitant to come to this division and do something totally different, but it has turned out great.”

Things certainly worked out for the student involved.

“I don’t want to take all the credit, because Nurse Baines did a really good job as well,” Dillard said. “I was just glad I could step in and dislodge it, because at the end of the day, we’re all on the same team. I helped her, and we succeeded. She cared for him after the fact.”

Mt. Juliet Middle School Principal Dr. Candis Angle indicated how relieved she was that things turned out like they did.

“It was terrifying afterward looking back and realizing that it could have turned out very differently without all of the people responding the way that they did,” Angle said. “The teacher ran for help immediately. Other teachers stepped in, and everybody did exactly what they needed to do to have the positive outcome that it did. I’m just thankful for Officer Dillard and Nurse Sarah and the teachers for their training as everything kicked in, and very thankful for how it turned out.”

Dillard shared a few insights for anyone who may be in the vicinity of someone who starts choking.

“They are unable to talk,” Dillard said. “People will usually start holding their throat or making some kind of gestures (about an obstructed airway.)”

Dillard was able to rely on his training to intervene, but he explained the Heimlich Maneuver in simplistic terms.

“I ball up one hand in a fist,” Dillard said. “I take the opposite hand and overlap the fist. Then, you trust upwards to try and dislodge the blockage.”