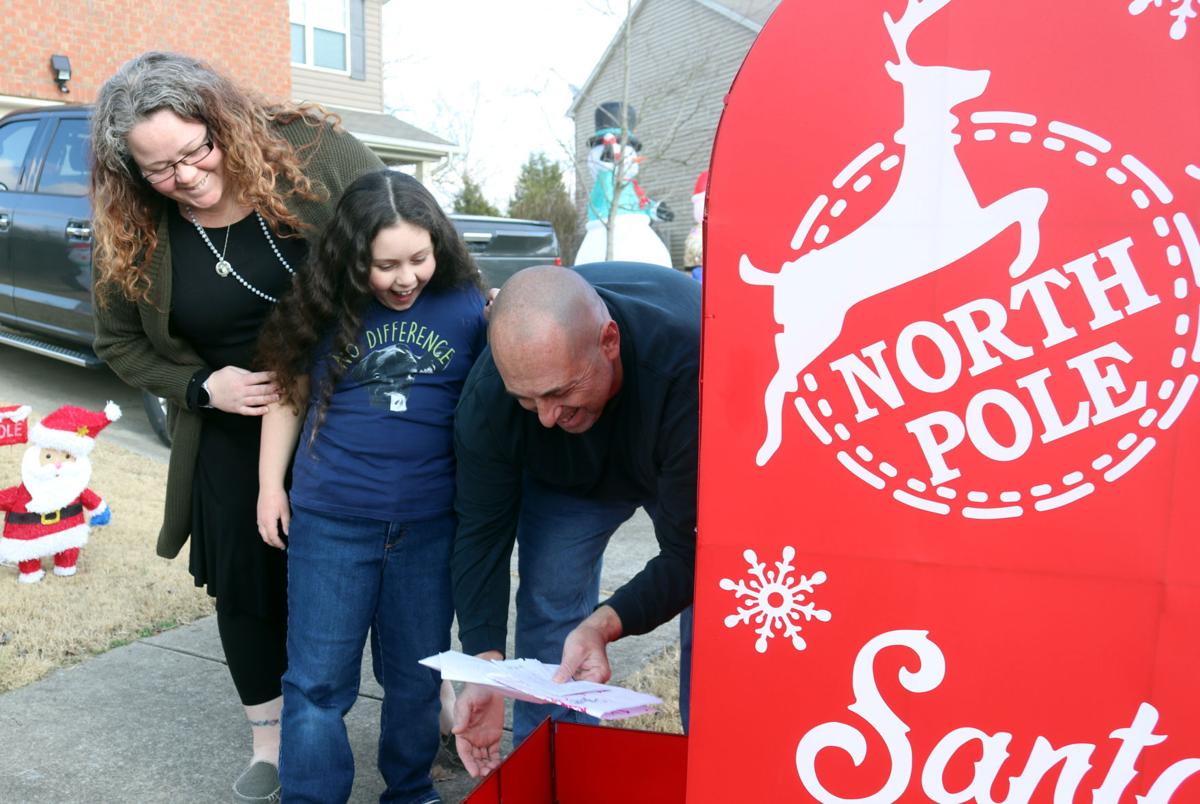 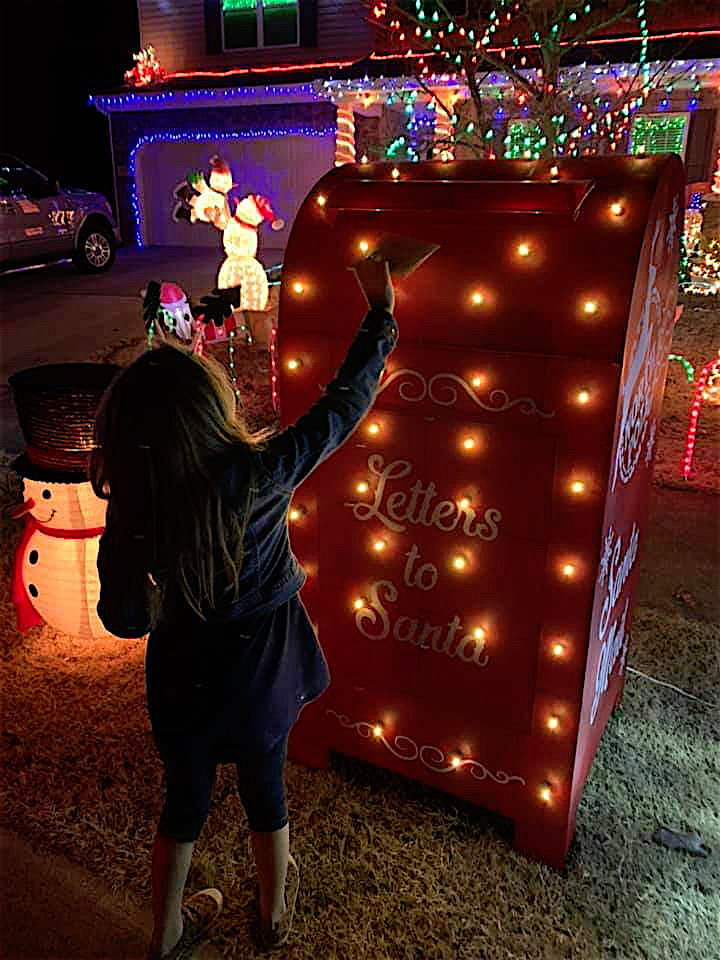 The Letters to Santa mailbox is the latest addition to the Brozik family’s growing set of Christmas decorations, and neighborhood children often stop by in the evening.

The Letters to Santa mailbox is the latest addition to the Brozik family’s growing set of Christmas decorations, and neighborhood children often stop by in the evening.

Jarret and Brianne Brozik have made a Christmas tradition of turning their yard into a winter wonderland, and this year’s addition may be the biggest yet.

The family set up a letters to Santa mailbox the day after Thanksgiving that quickly proved a hit with the community. More than 130 children have used it to write to the jolly old man, each letter receiving a handwritten reply.

“We try to add something new every year, and the Santa box just seemed like a perfect fit for this year,” Brianne Brozik said. “To me, it’s pretty awesome just to be able to sit there and read what the kids are thinking this time of year, especially in our difficult time. A lot of them did mention about COVID, being careful and asking how Santa Claus was taking precautions.”

Word traveled quickly once the family posted about the mailbox in their local homeowners association’s Facebook group. Brianne Brozik said children have been leaving 10 letters a day on average at the family’s Spence Creek residence.

“I do have difficulties around the holidays,” she said. “I was in the military and I was deployed over the holidays, so writing letters back to the kids helped me get through it seeing the joy through the letters and everything.”

Ashley Carlson’s 7- and 8-year-old daughters are among those who wrote Santa, and she said their reaction to hearing back was priceless.

“There was screaming, yelling, excitement and just pure joy,” she said. “They ran upstairs to tell my husband that Santa had written them back.”

Carlson, who works as a teacher for Rutherford County Schools, said the mailbox has also helped children cope with having Christmas upended by COVID-19.

“I think it just added a little bit of magic the kids really needed right now,” she said. “Their normal Christmas routines have been disrupted so much, from not being able to visit families to not having Santa visits. This is a way to give them back some of that Christmas magic we all loved as kids.”

Jarret Brozik said many of the letters show how children are worried about the pandemic, so being able to help brighten the holidays has been a rewarding experience.

“You can tell it’s such a different kind of year because multiple kids have brought up staying safe and asking about if Santa has gotten corona or anything like that,” he said. “Stuff that a kid normally wouldn’t be thinking about at Christmas. Part of what makes me want to keep adding on more and more is that we leave the door open at night and just watch the cars pulling up, hear the kids laughing and see how many people it gives joy to.”

For Holly Thompson, the mailbox was a way for a difficult Christmas season to leave a positive impression on her 4-and-a-half-year-old son. He and his sister, age 2, both sent in letters to Santa this year.

“This is the first year my son is really getting into the magic with Santa and everything,” she said. “So this is something I really think he’ll remember … the look on his face, the joy — I could just see magic in his eyes.”

With the number of people facing job loss and other hardships from the pandemic, Thompson said the mailbox has impacted the community as a whole.

“It really brought happiness to quite a rough year,” she said. “And I think it reminded adults that we can still see magic in Christmas too.”

Jarret Brozik said the family plans to make letters to Santa another Christmas tradition moving forward as they continue adding new lights and decorations to the yard.

“Really, it’s just all about seeing what it does for the kids,” he said. “We’ve gotten hundreds of pictures back from parents with the kids dropping stuff off or their crazy big smiles on their faces, and seeing the videos of the kids opening the letters, it makes it all worthwhile.”