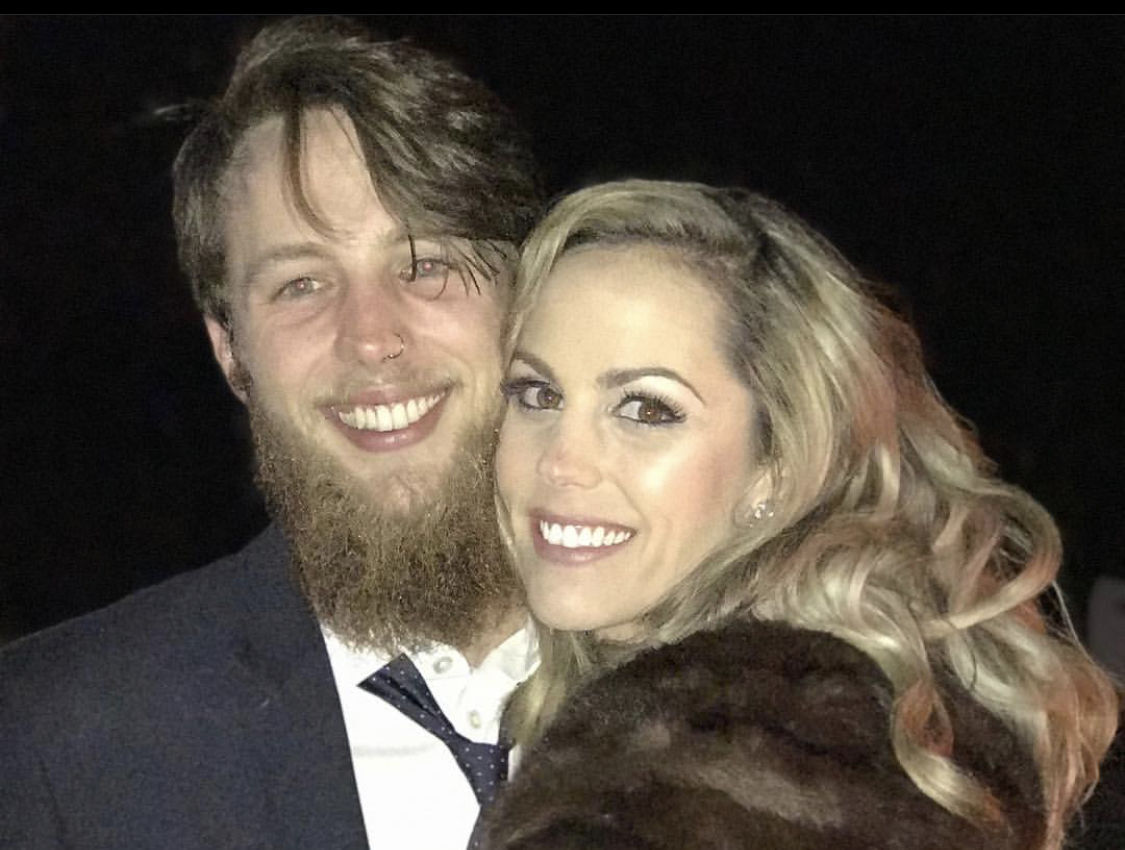 Amber Lynn Carroll of Mt. Juliet shares a happy moment with her late brother, Jacob Pennycuff, during her bridal party, where he served as the man-of-honor. 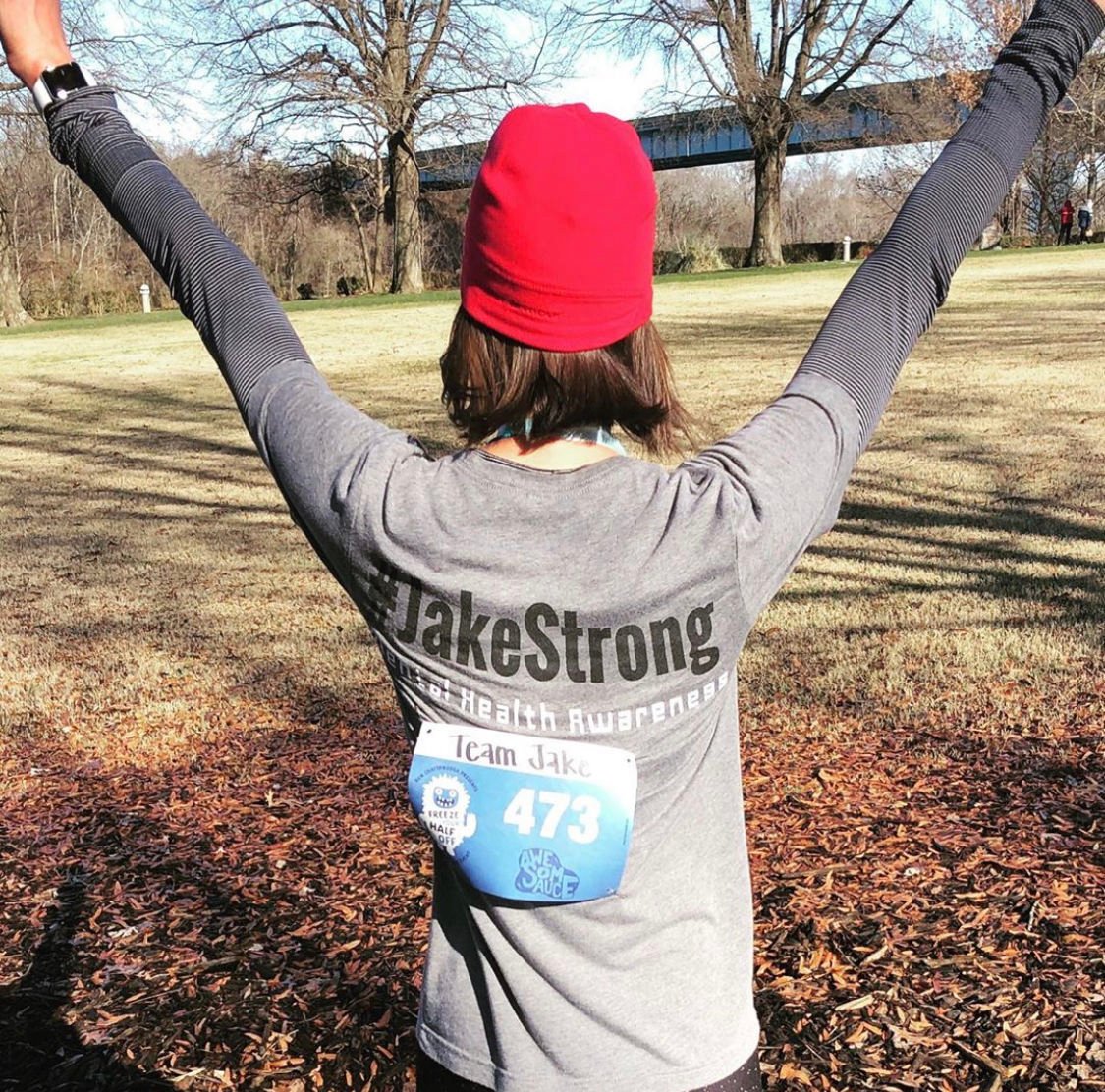 Amber Lynn Carroll celebrates after completing a half-marathon in honor of her brother days after he took his own life. The two had planned to run the event together alongside their family. 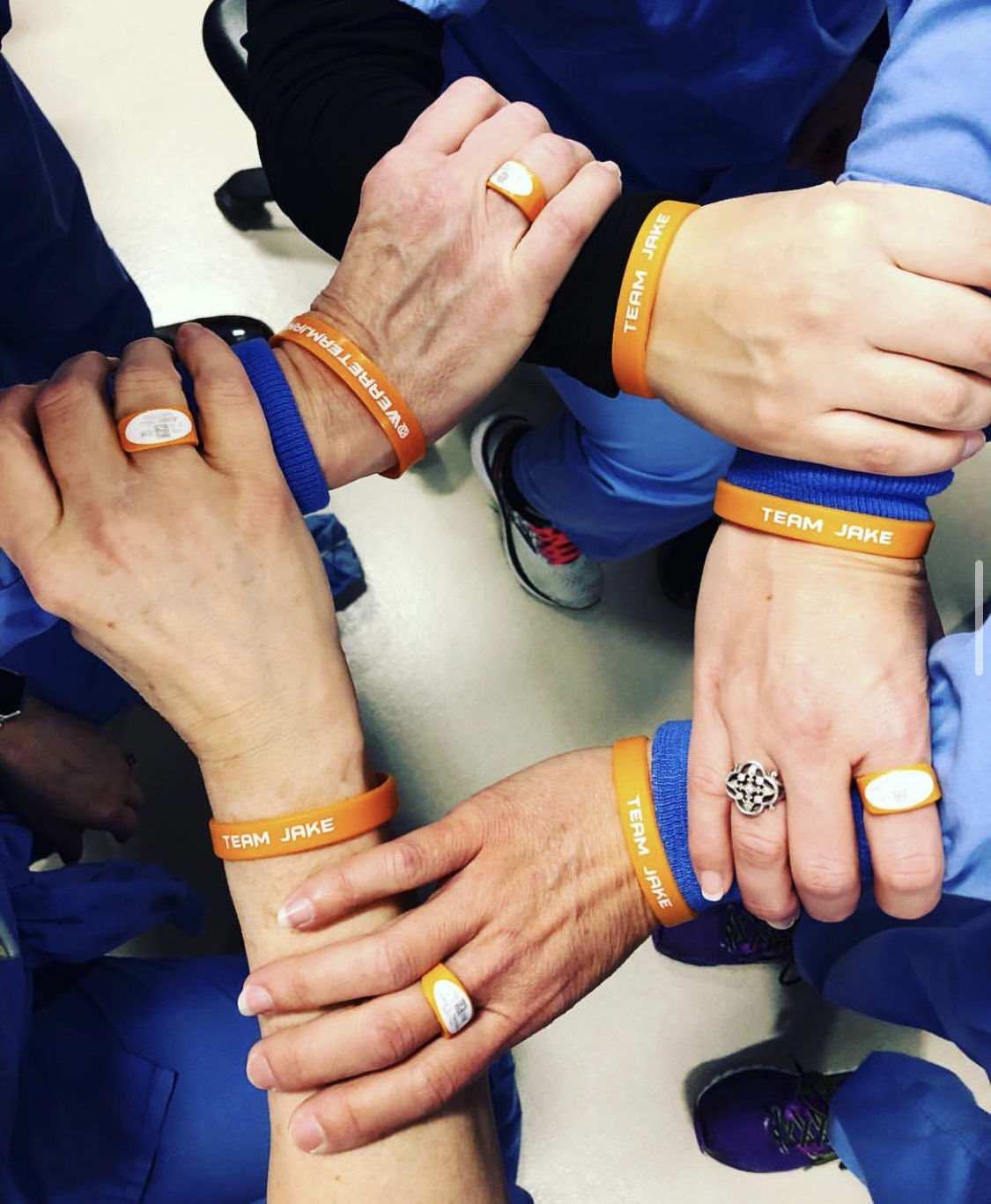 Carroll continues to honor her brother’s memory through We Are Team Jake, a nonprofit organization dedicated to mental health awareness and resources.

Amber Lynn Carroll of Mt. Juliet shares a happy moment with her late brother, Jacob Pennycuff, during her bridal party, where he served as the man-of-honor.

Amber Lynn Carroll celebrates after completing a half-marathon in honor of her brother days after he took his own life. The two had planned to run the event together alongside their family.

Carroll continues to honor her brother’s memory through We Are Team Jake, a nonprofit organization dedicated to mental health awareness and resources.

New Year’s Day is a challenge for anyone dealing with the loss of a loved one, and Amber Carroll knows the feeling all too well.

The Mt. Juliet native’s brother, Jacob Pennycuff, took his own life on Jan. 2, 2019 after a lifelong bout with depression and anxiety. He was only 22 years old.

Today, Carroll is keeping her brother’s memory alive through the nonprofit organization We Are Team Jake, and she hopes to help others overcome the same struggles he faced.

“Jake was awesome, there are no words to describe him,” Carroll said. “He was basically the life of the party … Jake was one of those guys you could call for anything, especially encouragement. He lived in Denver, Colorado when this happened, and people I had no idea who they were reached out and said ‘he kept me going.’ Really, he was a light. He was a cool, calm, collected guy and he loved Tennessee football, but you never knew just how bad he was struggling.”

Carroll was one of the few people that knew the pain her brother kept under the surface — and how he dealt with it.

Pennycuff was also known to disconnect from his phone, internet and social media as a coping mechanism. That’s what his parents thought was happening when they booked a flight to Denver to check on him just before the family was supposed to run a half-marathon together.

They were still in the air when Carroll got the call that turned their world upside down.

“It’s unimaginable, the feeling,” she said. “And I don’t want anyone else to have to imagine it and have to experience it.”

Despite the swirling emotions, Carroll and her sister decided to complete the run for Pennycuff and even improvised some “Team Jake” shirts using tape from the car. That turned out to be the genesis of a journey that continues today.

“I had a dream the night before my brother’s funeral, and it was the name and everything,” she said. “It was something that was placed on my heart after reading his journals, and he had all of these quotes. Just things he would say to himself, and I know the things he had said to me and his friends from the text messages that he had gotten. I thought, oh my gosh, I have to do this.”

After talking to her parents and discovering they had similar dreams, Carroll’s mind was made up. The three have since worked alongside Carroll’s husband, professional baseball pitcher Cody Carroll, to build up We Are Team Jake.

“It started out as a cause, really just kind of empowering people and really wanting to break the stigma and let them know they weren’t alone,” she said. “It wasn’t until it started catching wind and people started saying, ‘hey, I want to help,’ and we kind of were forced to turn it into a nonprofit.”

Carroll said she had always envisioned building We Are Team Jake into a nonprofit, but found it nerve-wracking to do it so quickly. She had taken on a career as a sports journalist and was even named Mrs. Tennessee 2020, but this was an entirely new experience.

“You think you have all this time, but I think God had a plan and He was like ‘no, you need to do this now,’ ” she said. “I actually ended up getting my life coaching certification when we were in quarantine with baseball. We had nothing going on, and I wanted to use that so that way I could segue it into We Are Team Jake and meet people where they are.”

From the beginning, Carroll has used the nonprofit to connect people with mental health resources and share insights from her brother’s journals. She originally planned to grow the organization more in 2020, but found the one-on-one interactions via Zoom and other platforms more valuable in the year of COVID-19.

“It’s slowly evolved to where I have been able to have more of an impact and really take it on and utilize my time appropriately,” she said. “Whether that’s working with various organizations, using my journalism background to start a podcast or gravitating toward helping people, understand the different outlets there are for therapy.”

People from across the country and even Canada have reached out to We Are Team Jake through various social media platforms and its website, https://weareteamjake.com.

Carroll hopes to continue helping more people throughout 2021, and she and her husband also plan to dedicate a bench by Mt. Juliet City Hall soon to go with its suicide awareness and prevention tree.

“That’s really my main goal is to let people know you’re not alone and there are things out there that can help you,” she said. “People have asked me, what are you going to do with it, and it really occurred to me that the one thing I do have is my voice and my gift of storytelling. So if I can help people find their niche and in some way help them with self care, that’s what I want to do.”