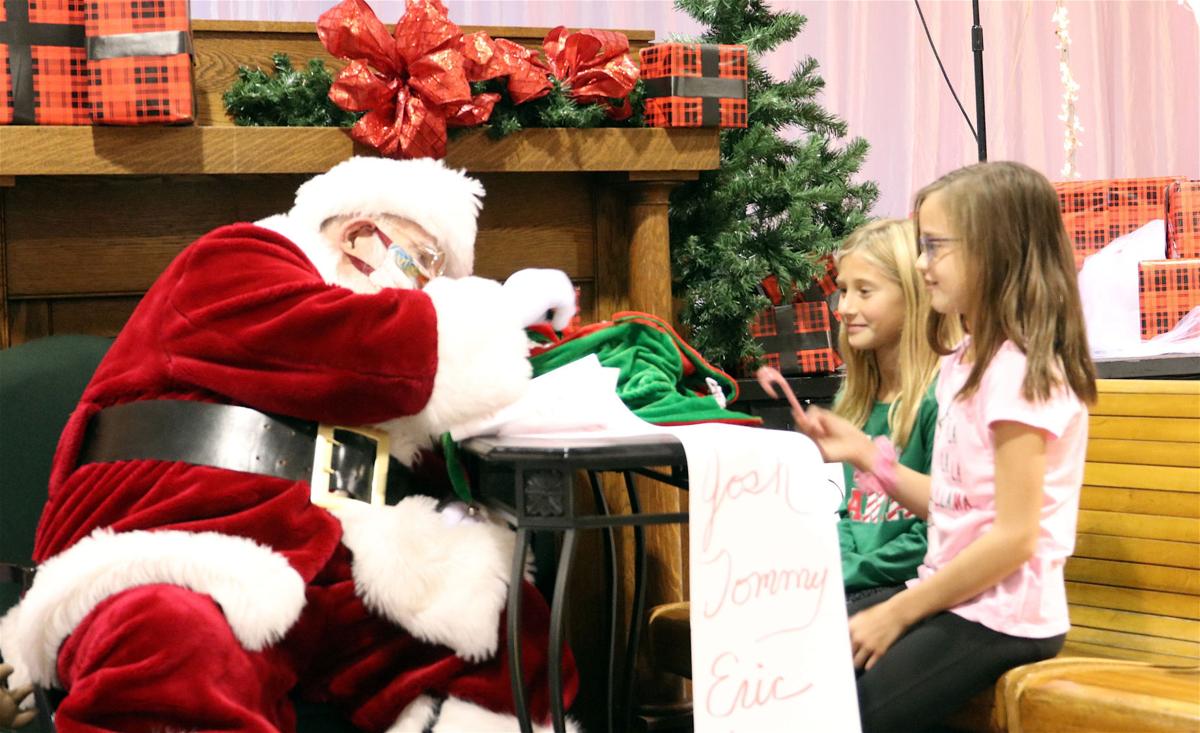 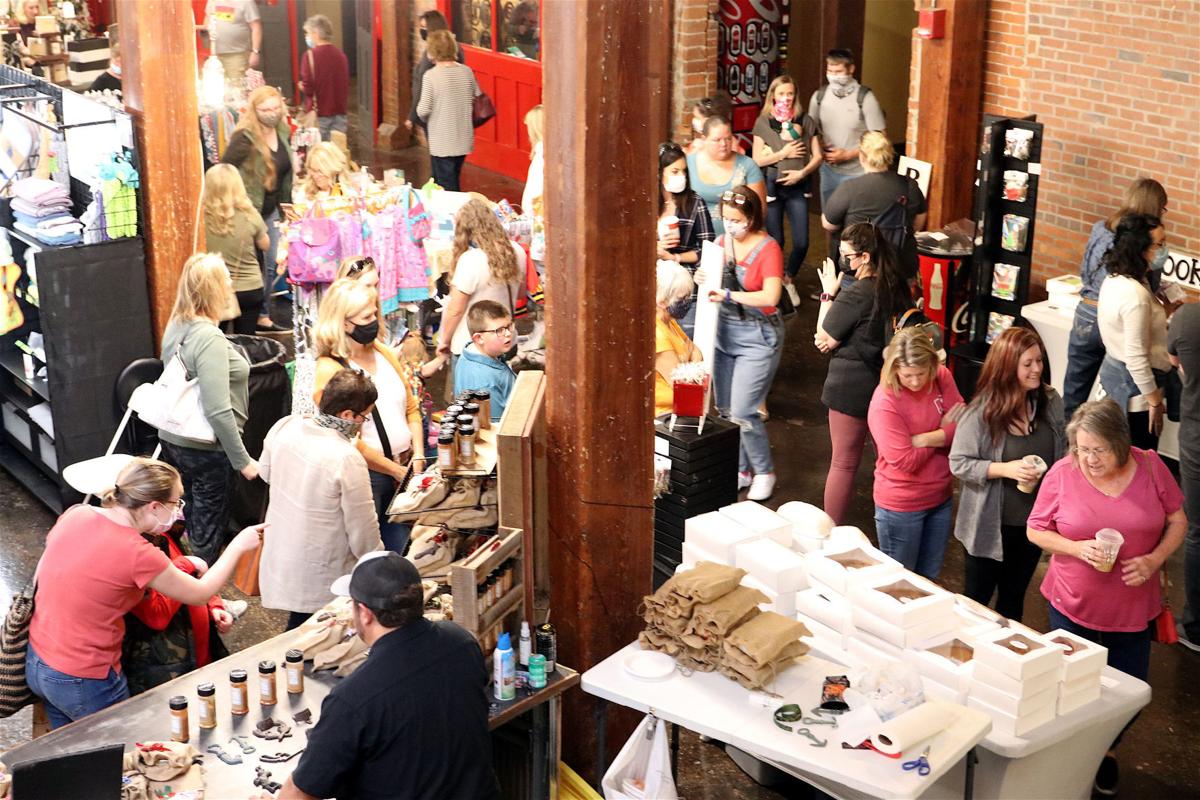 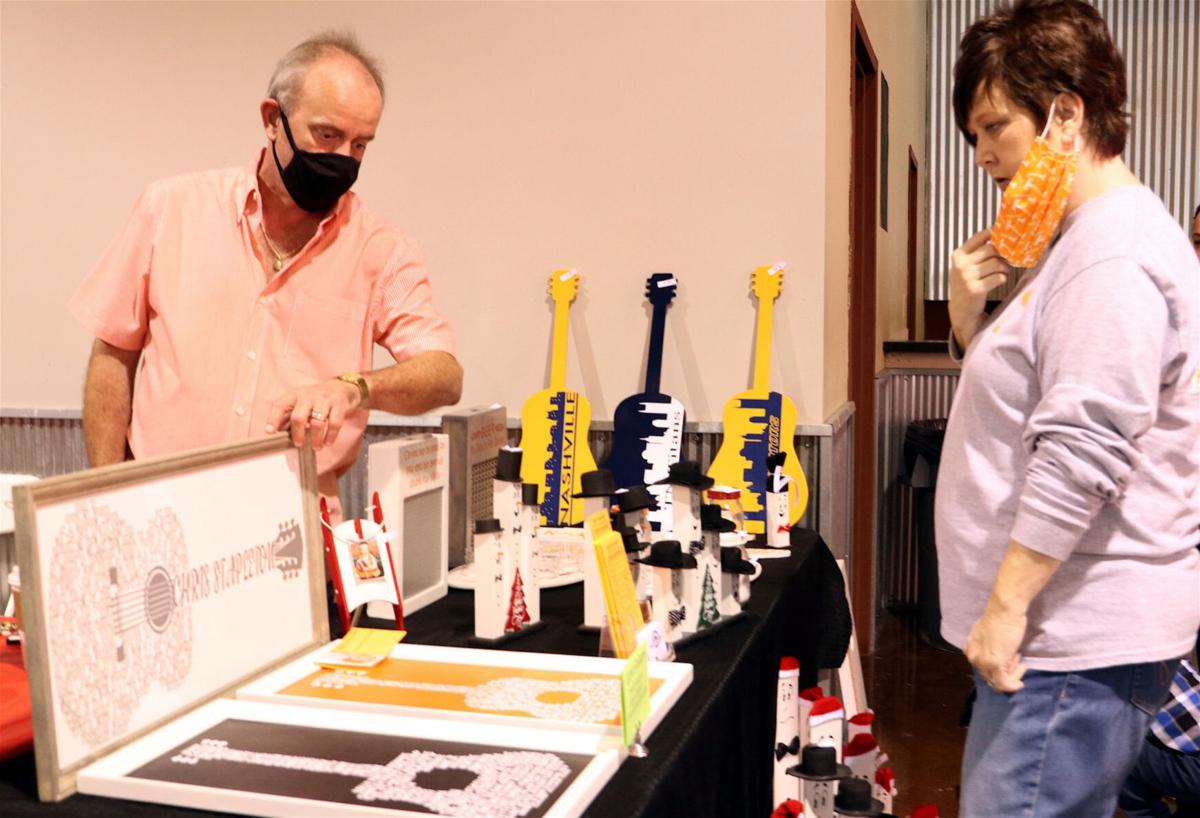 The Mill at Christmas looked a bit different in its eighth year, but the two-day shopping event proved just as big a draw amid COVID-19.

Hundreds gathered at the Mill at Lebanon on Saturday to knock out their Christmas shopping, while others attended a VIP pre-show on Friday to raise money for Compassionate Hands.

“Things went much better than anticipated,” event organizer Laura Comer said. “We probably had 500 people last night and 2,000 today, and we have 103 vendors.”

Saturday marked the Mill’s first large-scale show since COVID-19 surfaced in the community. After testing the waters with the scaled-down July Shopping Escape, staff decided to move ahead with the Christmas event.

“We’re doing social distancing, and the booths are spaced out with 6 feet between them to facilitate it,” Comer said. “Santa’s not having kids sit on his lap — instead we have what we’re calling a conversation area so they can give him their lists. And as far as the VIP night, instead of open appetizers Wildberry Catering did individually wrapped meals.”

Compassionate Hands Director of Ministry Development Shelia Weathers said the proceeds from the VIP night are going to help the organization shelter homeless people from the cold this winter.

“We bought a new building on Monday, and that is where the men will be housed this winter,” Weathers said. “The money will go toward all the things we have to do throughout the year. We recently hired a new staff member so that’s another salary, and any donations we can get will go toward upkeep of the new shelter and supplies for our homeless.”

Costs associated with the new building include mortgage payments, utilities and furnishing. Compassionate Hands will provide shelter from Dec. 1 through March 15 this year, and the nonprofit set up a booth to highlight the effort on Saturday.

Other booths were showcases for small businesses from across the state, like Kay’s Kreations in Hendersonville. Owner Kay Wallace is originally from Lebanon and attended the event for the second year with a variety of seasonal customs in tow.

“We’re very happy with how things are going today,” Wallace said. “I love it because I’m seeing friends and family already, and I think people were ready to get out and do something.”

Shoppers like Marlana Stokes of Gallatin appreciated the opportunity to travel and see what each of the different vendors had to offer.

“We came last year,” she said. “It’s been good, it’s just as crowded as last year and I feel like they have a couple more vendors. I love to shop, so my favorite part is just seeing what everybody has.”

There were plenty of vendors for Stokes to choose from, with booths filling out the Mill’s upper floor and reaching out into a second room on the ground level. Teddy’s Workshop, from Mt. Juliet, was among those she decided to check out.

Owner Teddy Pyle creates custom woodworking and vinyl pieces sold in the Basement Marketplace in Mt. Juliet. He makes regular appearances on the vendor show circuit and attended the Mill at Christmas for the second year.

“We’ve been very successful today,” Pyle’s wife Missy said. “We really didn’t feel like COVID would have a big impact, because I feel like people are so ready to be out of the house … and you can’t stop Christmas.”

Santa Claus seemed to agree, showing up moments later to the delight of children across the room. The event also included festive craft tables and a performance from the Nashville Suzuki Players to entertain children before he arrived to make his Christmas list.

Pam Dulany of Hendersonville visited the Mill for some Christmas shopping of her own. She first attended last year after reading about the event on Facebook and in a magazine article.

“I’m doing some Christmas gifts right now,” she said. “I enjoy looking at the clothing ... and just to see different ideas, because people are so imaginative with craft stuff.”

Returning shoppers like Dulany had a chance to meet some new faces this year, including Beasley’s Smokehouse Rub owner Randy Beasley of Lebanon.

“It’s our first show at the Mill, and it’s been really good despite everything going on,” Beasley said. “We’ve been in business three years and we do all the local shows here in town.”

Beasley sells his rubs and spice blends through local grocery locations like Publix and said he wants to be more involved in the community by showing up to events.

“We basically did some research on different shows, and a lot of them had shut down,” he said. “This is one we had on our radar since the first part of the year.”

While the Mill at Christmas was the first chance in months for some people to do offline craft shopping, COVID-19 may have cut into their spending.

Endsley Rustic Design owner Jim Endsley, of Hendersonville, has set up shop at the Mill for the last three years with custom barn wood guitars and décor. Midway through Saturday’s event, he wasn’t seeing quite as many buyers as usual.

“This year I think there’s more lookers, possibly because a lot of them don’t have the money they did with people losing their jobs,” he said. “We have full-time jobs, this is a hobby, but we like being around people — and when you make something and they buy it, it’s a great feeling.”

Comer said helping small business owners like Endsley find that feeling was one reason she decided to go ahead with the Mill at Christmas this year.

“I think there’s an appreciation that we moved forward with it to support small businesses in a safe manner,” she said. “They’ve all been struggling so much this year and some were worried we were going to cancel it, so I’m glad we were able to keep it going.”