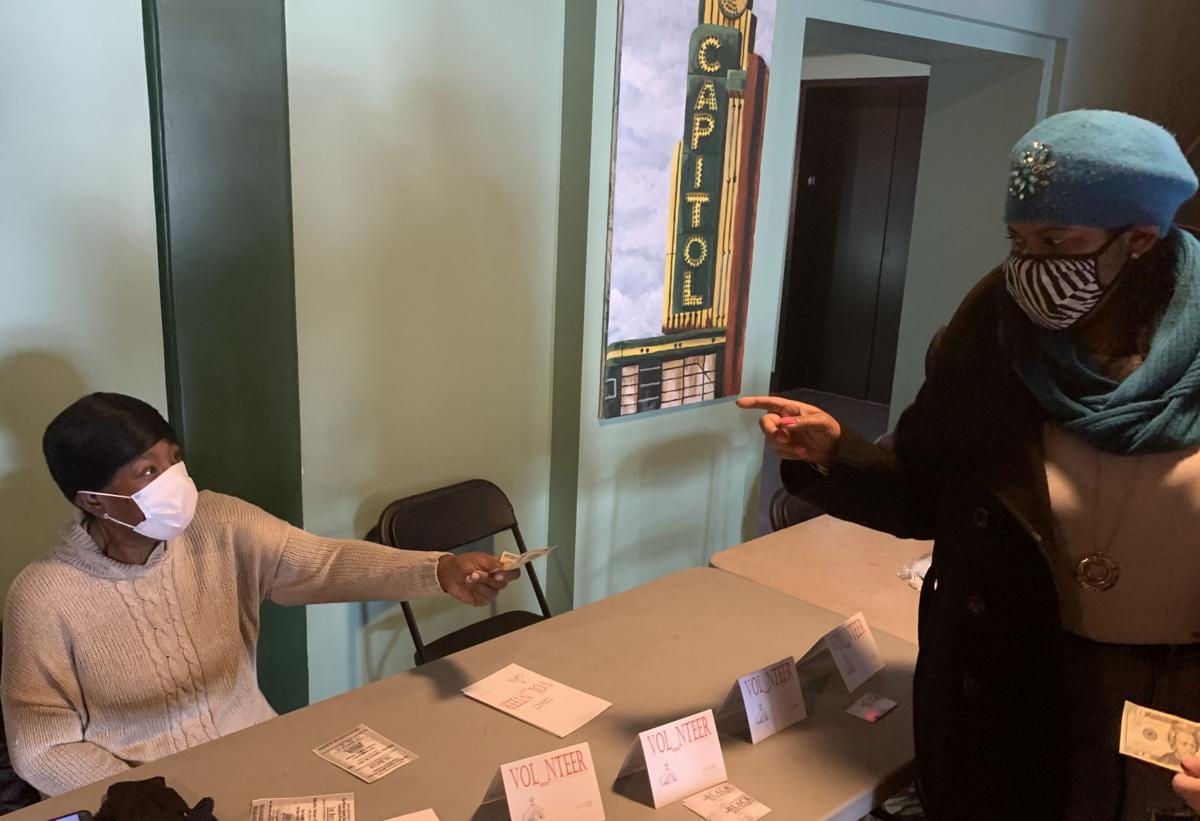 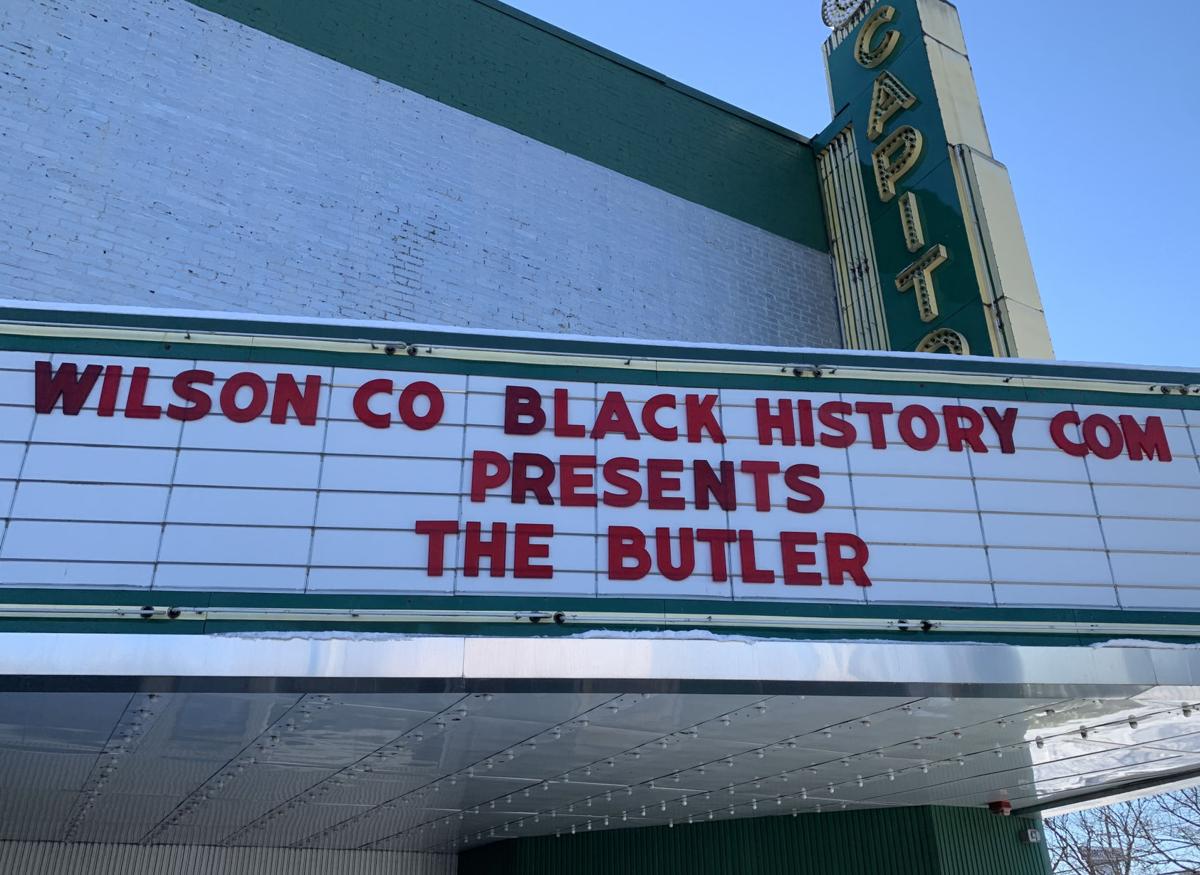 After a week locked inside from the snow, some Wilson County residents found respite at the Capitol Theatre’s screening of “The Butler.”

Presented by the Wilson County Black History Committee, “The Butler” tells the story of Cecil Gaines, a character based on the real life Eugene Allen. Allen worked as a butler in the White House for 34 years, serving seven presidents from Dwight Eisenhower to Ronald Reagan. He retired in 1986 as the highest ranking White House servant.

WCBHC Chair Mary Harris said the screening was a way to raise money for the restoration of Pickett Chapel, a project many years in the making.

“This way allowed for us to space everybody out. We want to keep everybody safe,” Harris said.

This isn’t the first time the committee has screened a movie though. Previous viewings featured “Glory Road,” and “Jesse,” to name a few. The Wilson County Black History Committee takes pride in presenting their history in a palatable way for younger audiences. “Movies are one of the best ways to do that,” Harris said.

Harris recognizes the importance youth play in shaping the future, which is why the WCBHC “aims to help them get a sense of pride for their history.”

o this end, Harris and the committee gave out movie passes to African American churches in Wilson County. This chance to educate Wilson County residents about the past is the most important thing said Capitol Theatre owner Bob Black. Black’s been a WCBHC board member for a year, but he’s been involved with the organization for over seven years.

Black’s interest in building restoration spurred his enthusiasm for the WCBHC’s current project, but it was Mary Harris’ charm that first ensnared him to the committee. “She invited me to a wine and cheese event seven years ago, and I got involved shortly after.”

Black said, “We’ve got a lot of local history, tied together with the Civil Rights movement right here in town. A lot of organizing went on at the chapel.”

The Capitol Theatre stands out for its role in segregation. Black explained that prior to the ‘60s, black theater patrons had a separate entrance and could only sit in the balcony, a common practice throughout much of the country at that time. During 1962, the theater became a site for demonstrations organized by local civil rights activists.

Black hopes that efforts to convey this message will resonate with younger generations and inspire them to become socially engaged. “We’ve got a lot of positive history here, we just need people to share these stories.”

Audrey Rhodes produces and hosts a gospel show producer on 98.9 WANT FM. Known as Miss Dean on the airwaves, Rhodes uses her platform to spread awareness for WCBHC events. Rhodes had never seen “The Butler” before Saturday, but she said, “They have something big every year. I’m always excited to promote it and be a part of it, and I trust they will have picked out a good one.”

”The Butler” received vast industry acclaim and numerous accolades upon its release. For his lead role, Forest Whitacker took home the best actor award at the 2013 National Association for the Advancement of Colored People Image Awards.

Rhodes pointed out how Black people are underrepresented in Hollywood. Events like the NAACP Image Awards serve to honor and celebrate Black peoples’ outstanding performances in film, television, music and literature.

Efforts to close this representation disparity are underway in the entertainment world. More and more movies are casting Black leads. There are far more production outlets now than ever before too. With so much competing interest, Harris said it’s difficult to keep kids focused for long, stressing the need to make a real impact when you have their attention.

Harris also noted the importance in using online media to spread the message, “It seems like everybody’s on there (Facebook), so we have to use it to get the word out.”

These measures were successful. Several supporters from Saturday said they found out about it on Facebook. Joely Poore decided to bring her daughter Jayden after she saw it online. They attended the screening with another friend Nicole Hastings.

“We’re just happy to get out of the house and to watch a great movie,” Poore said.

Joely and Jayden weren’t the only mother-daughter combo attending the screening. Janet Douglas brought her mother Peggy Weir to the show. “It’s a very good movie. I’ve seen it quite a few times,” Douglas said.

Money raised on Saturday will go to the Pickett Chapel restoration project. Phil Hogue is an archeologist who volunteers with the WCBHC. His knowledge of the chapel’s history is second to none.

Hogue’s enthusiasm piques when discussing the chapel’s origin story. “What’s so unique about this chapel is that a decade after the white congregation outgrew it in 1856, 30 freed men pooled their money and bought the church. Now over one hundred years later, it’s been bought and restored by congregational descendants from that very first group.”

The overall purpose of the WCBHC is to research, document, preserve and disseminate information about the history and many contributions of African Americans in Wilson County, Tennessee.