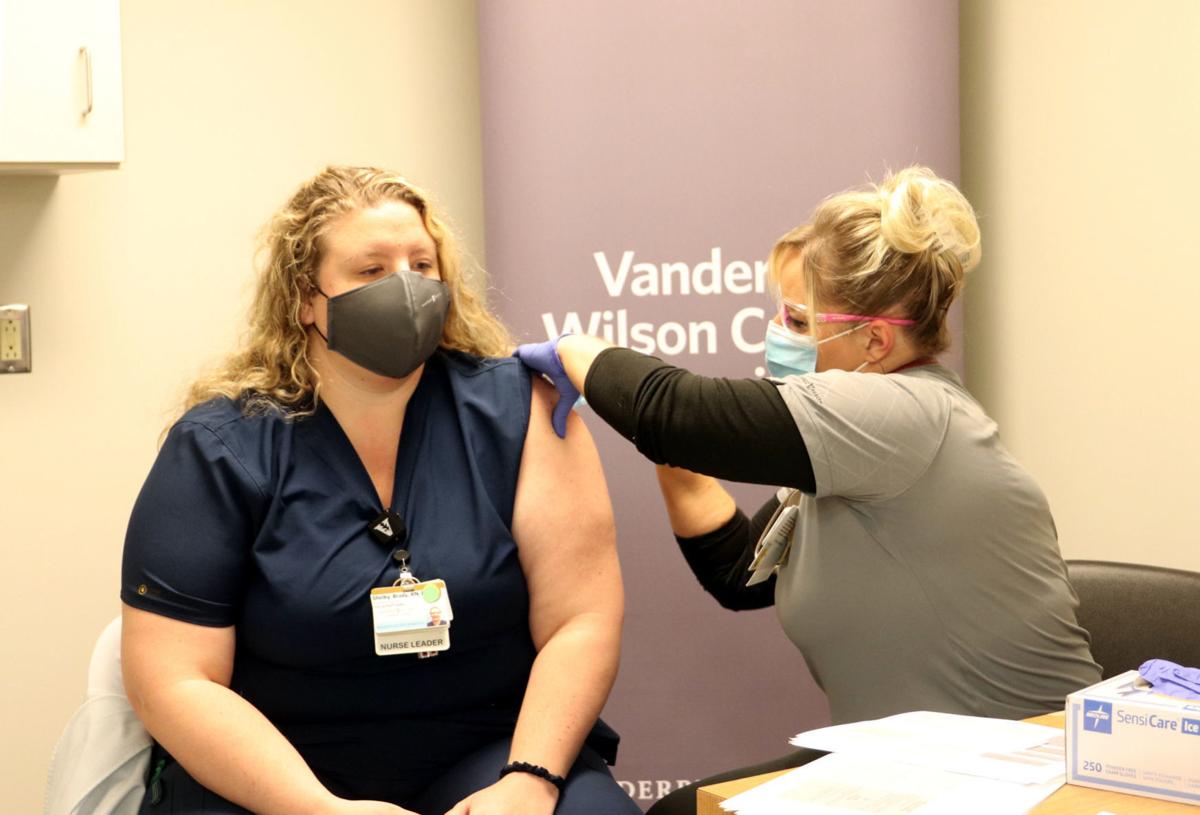 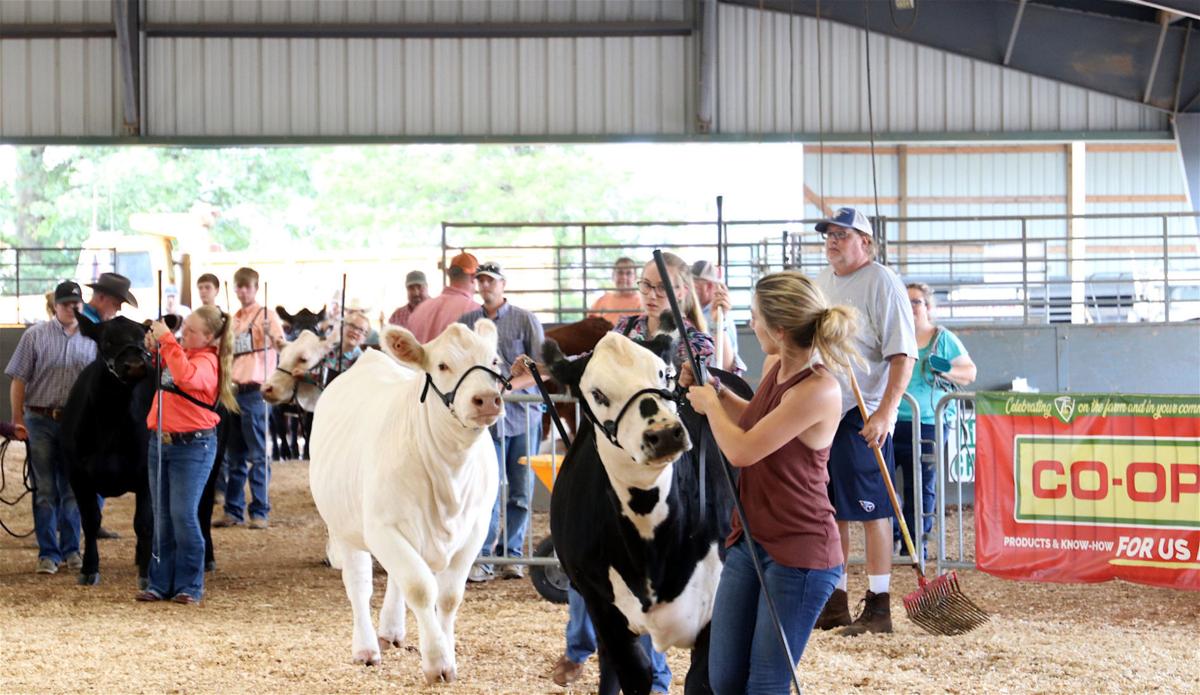 Competitors from across the state leaad their prize-winning cattle into the arena for the TN Top Tier Sanctioned Heifer Show Championship at the Wilson County Fairgrounds, an event that survived the fair’s cancellation amid COVID-19. 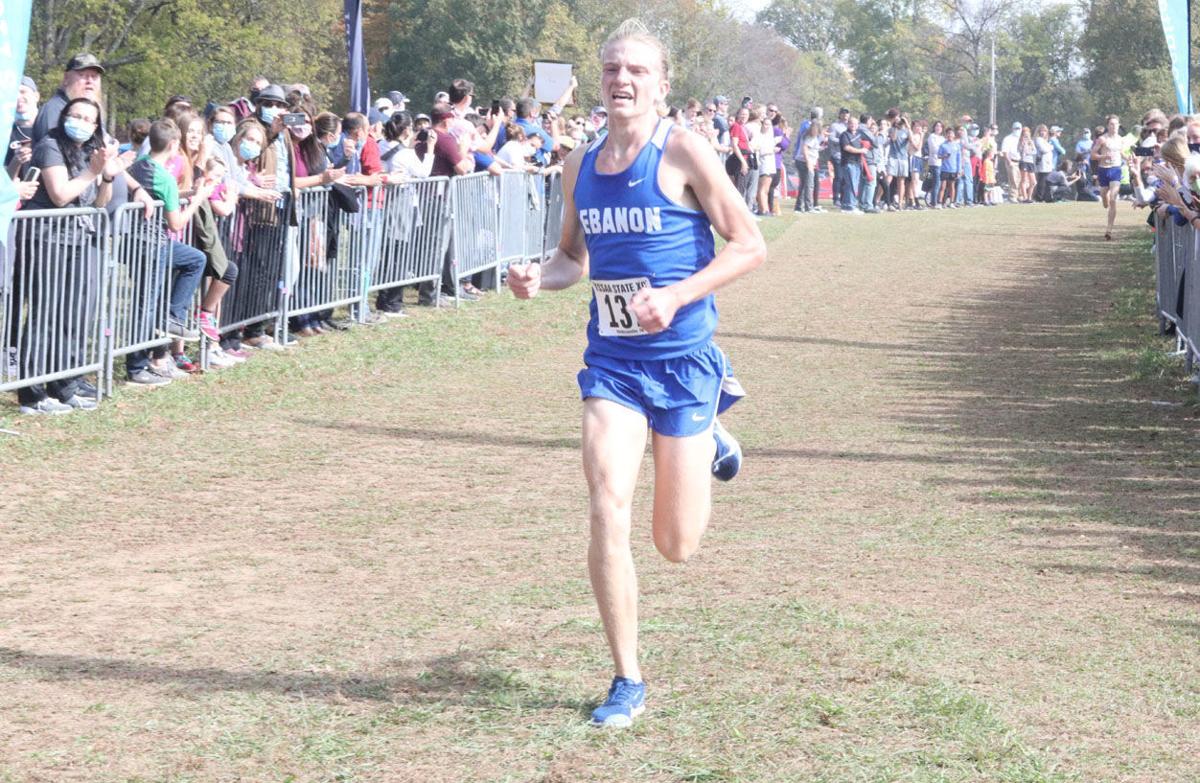 Lebanon’s Aiden Britt approaches the finish line to the state cross country championship with the runner-up back in the distance. 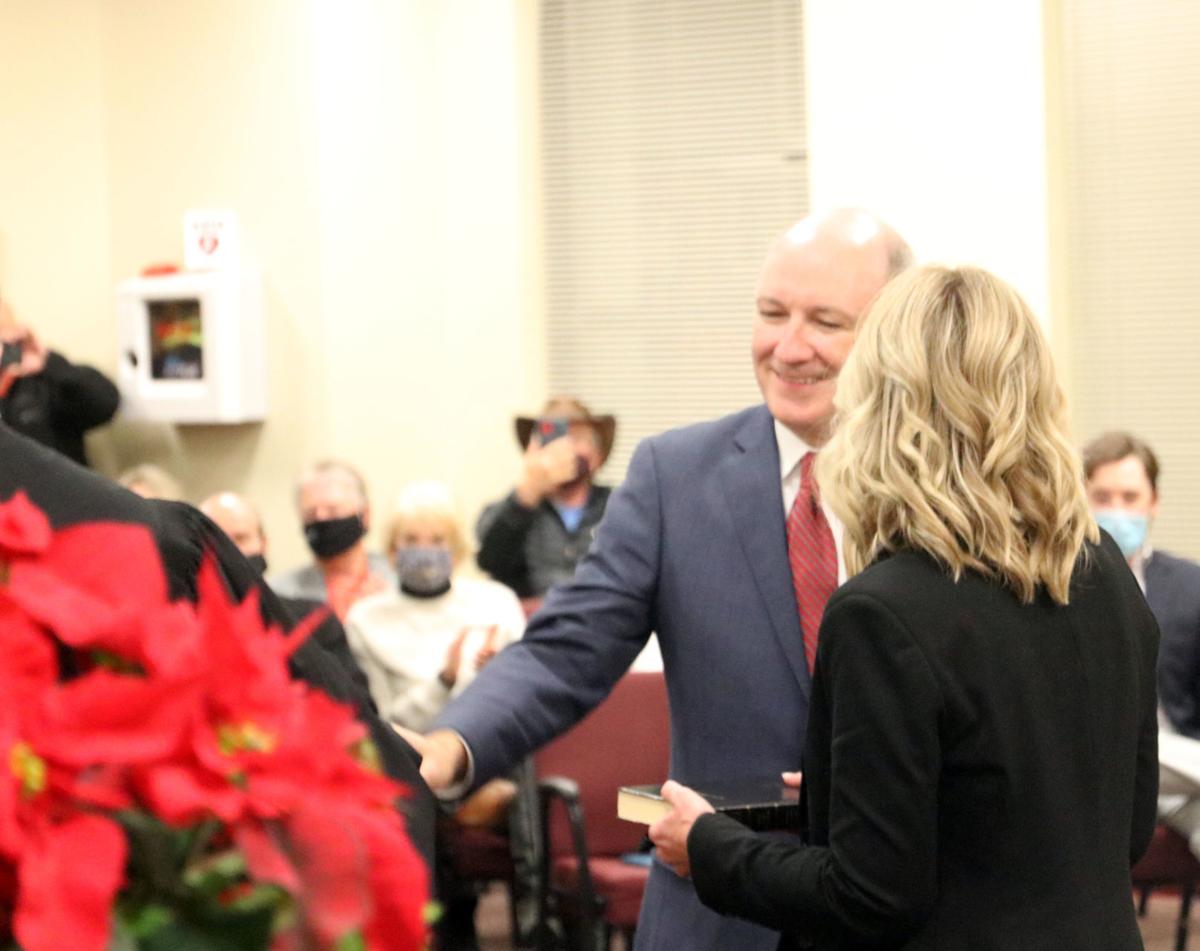 Lebanon Mayor Rick Bell is sworn into office after winning a four-way election, becoming the 54th person to hold the seat.

Competitors from across the state leaad their prize-winning cattle into the arena for the TN Top Tier Sanctioned Heifer Show Championship at the Wilson County Fairgrounds, an event that survived the fair’s cancellation amid COVID-19.

Lebanon’s Aiden Britt approaches the finish line to the state cross country championship with the runner-up back in the distance.

Lebanon Mayor Rick Bell is sworn into office after winning a four-way election, becoming the 54th person to hold the seat.

Wilson County residents faced a challenging year thanks to the long-lasting impact from the March 3 tornado and the COVID-19 pandemic.

Although it was a year marked by tragedy, it also brought the community together as they worked to overcome the fallout and support each other.

Among the major events the county saw in 2020Jan. 8

Those ALPRs cover approximately 24 areas throughout the city, and officials budgeted $100,000 for the program’s first year. Since it was implemented, Guardian Shield has alerted the MJPD to nearly 80 suspects, including wanted individuals and a sex offender.

Lebanon’s city government neared completion on renovations at the historic Mitchell House as multiple city departments prepared to move in during the spring.

The city purchased the property from Sigma Pi Fraternity for $1.15 million in May 2019, and put an additional $250,000 toward renovations. The Greater Nashville Regional Council (GNRC) later presented the city with a 2020 Excellence in Local Government award for repurposing the Mitchell House.

Wilson County became the latest area in Tennessee to declare itself a Second Amendment sanctuary, which represents a commitment from the county government not to enforce any laws perceived as violations of the Second Amendment.

Grassroots movements advocating for Second Amendment sanctuary resolutions picked up in Tennessee during mid-2019, and more than half of the state’s counties have adopted them or similar measures in the months since.

The next day, the Mt. Juliet High School Golden Bears earned their third straight District 9-AAA title with a 57-47 win over the Station Camp Bison.

Wilson County residents had gone to bed the night before expecting the election results to be the biggest news of the day, and voters did make a significant change: local sales tax rose from 9.25% to 9.75% to fund $5.2 million in teacher raises.

The Devilettes fought another narrow victory over Beech, this time for the Region 5-AAA championship. At 49-45, the score was almost identical to their faceoff in the district championship the week prior.

Mt. Juliet’s Golden Bears made history the next day when they defeated Northeast 53-44 for their program’s first Region 5-AAA title. An early barrage of 3-pointers from Mt. Juliet’s Gage Wells built an early lead, and Northeast was unable to contest it.

The Lebanon Devilettes and the Mt. Juliet Golden Bears’ historic basketball runs were left hanging by the TSSAA’s decision to suspend the state championships amid the COVID-19 pandemic.

At the time, the girls had qualified for the semifinals and the boys’ tournament was not yet underway. Both tournaments were cancelled just over a month later when the TSSAA opted not to host athletic events for the rest of the school year.

Tennessee has since been identified as the worst location in the U.S. for new COVID-19 cases by population. As of Sunday, there have been 11,965 cases and 121 deaths from the virus in Wilson County alone.

The Wilson County Health Department held its first round of drive-thru COVID-19 tests as part of a statewide push for more comprehensive testing. There were 275 people tested as a result of the event.

The health department has since started offering COVID-19 testing options at the Wilson County Fairgrounds on weekdays from 9 a.m. to 1 p.m.

Wilson County’s businesses began reopening in phases days before Gov. Bill Lee’s stay-at-home order expired, and most of them were fully operational by the time barber shops and salons could return to work on May 6.

Spring’s closures did not translate into sustained sales tax hits for the county and city governments, but many local store owners struggled, and some were forced to close their businesses.

NASCAR fans last visited the track in 2011 before it was closed to the public, but it remained in private use for car testing and film projects over the next 10 years. A booming Nashville market encouraged Dover Motorsports to reinvest in the location.

The Wilson County Fair became the latest in a long line of events cancelled due to the COVID-19 pandemic, but this one left a deeper mark. The event is Tennessee’s largest county fair, draws hundreds of thousands of people from across the country each year and is a major part of Wilson County’s identity.

Students were still able to participate in the Wilson County Fair Livestock Shows, but the remaining attractions were all removed from the schedule. The next fair is set for Aug. 12 — 21, 2021.

Country music legend and longtime Wilson County resident Charlie Daniels died of a hemorrhagic stroke at the age of 83. The Country Music Hall of Famer was known for hits like “The Devil Went Down to Georgia” and “Long Haired Country Boy.”

Daily case averages dropped from 40.4 to 22.1 during the time the mandate was in place, and Wilson County Schools later implemented its own mask mandate ahead of the 2020-21 school year.

Green Hill High School celebrated the start of its first year with a ribbon cutting as students prepared for class the following week. The project cost $107 million and is Wilson County Schools’ largest facility to date.

Because the tornado damage to its schools earlier in the year caused the district to have to restructure, GHHS also doubled as a temporary home for Mt. Juliet Middle School’s seventh and eighth grade students.

The Wilson County Fair hosted its series of livestock shows as planned despite the fair’s cancellation announced earlier in the year. Organizers made the decision to benefit students who spent the year training for the competitions.

Mayor Hutto announced an end to the county’s mask mandate, citing a drop in 14-day case averages since its implementation. At the time, the county had seen approximately 3,519 cases and 45 deaths.

Schools, businesses and long-term care facilities were not impacted by the order and many continued to adhere to mask mandates on their premises.

N95 respirator manufacturer Moldex-Metric, Inc. announced plans for a facility at 400 Innovative Way in Lebanon, positioning the city on the front lines of mask production heading into 2021.

The company looks to create roughly 220 jobs in the community over the next three years through the $25 million investment, and also has plans for a $6 million site expansion.

A second wave of COVID-19 cases prompted Mayor Hutto to reinstate Wilson County’s mask mandate. The county had seen approximately 4,455 cases and 55 deaths as a result of the virus as the mandate took effect.

That same week, Mt. Juliet Elementary became the first of many local schools to move into remote learning for two weeks as a result of the case surge.

Cold Chain Technologies opened a new facility in Lebanon to meet distribution demands as the FDA worked through the approval process for a pair of COVID-19 vaccines.

The plant is expected to employ 262 people at full capacity and play a major role in vaccine distribution into 2021.

With increasing numbers of schools affected by COVID-19 case surges, Wilson County Schools opted to close out the semester on a remote learning model. The Lebanon Special School District remained on a hybrid model.

WCS hopes to return to a traditional model for its K-5 students and a hybrid model for grades 6-12 in 2021.

Health care workers have also been administering doses of the Moderna vaccine since Dec. 23. The general public is expected to be able to take the vaccine in the months ahead, after high-risk groups have been accounted for.