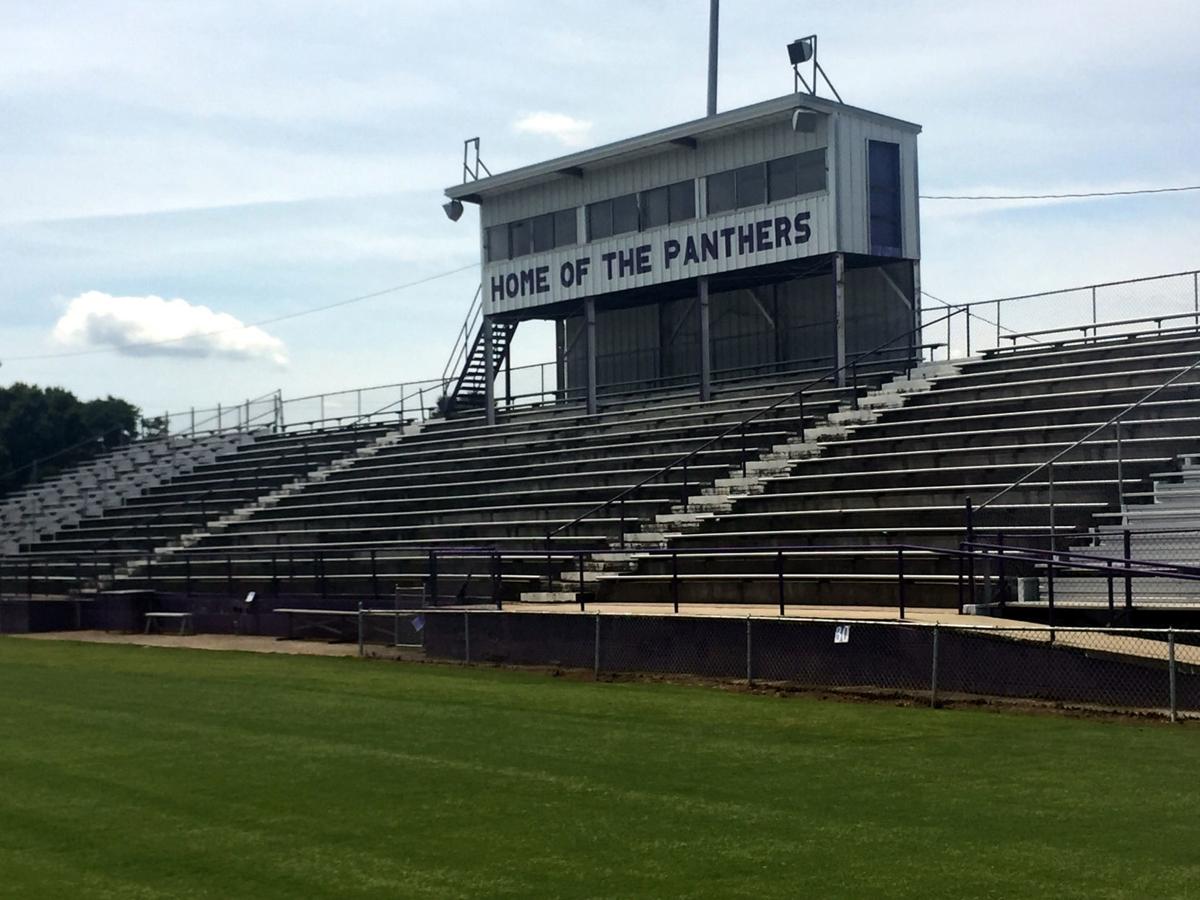 Memorial Field won’t have any regular-season football activity until mid-September as the Tennessee Secondary Schools Athletic Association is currently looking at different options for how the upcoming season will be conducted. 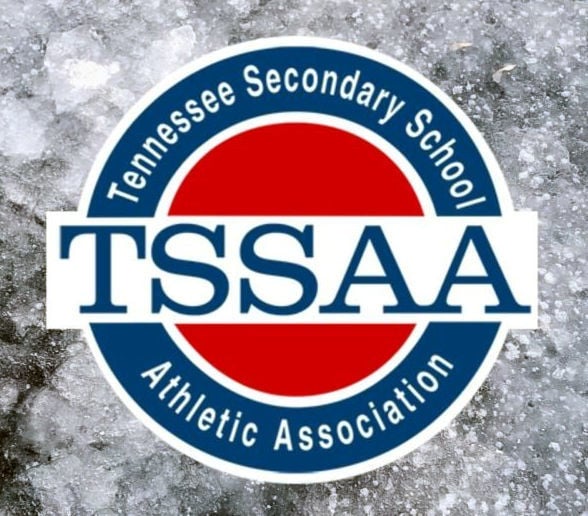 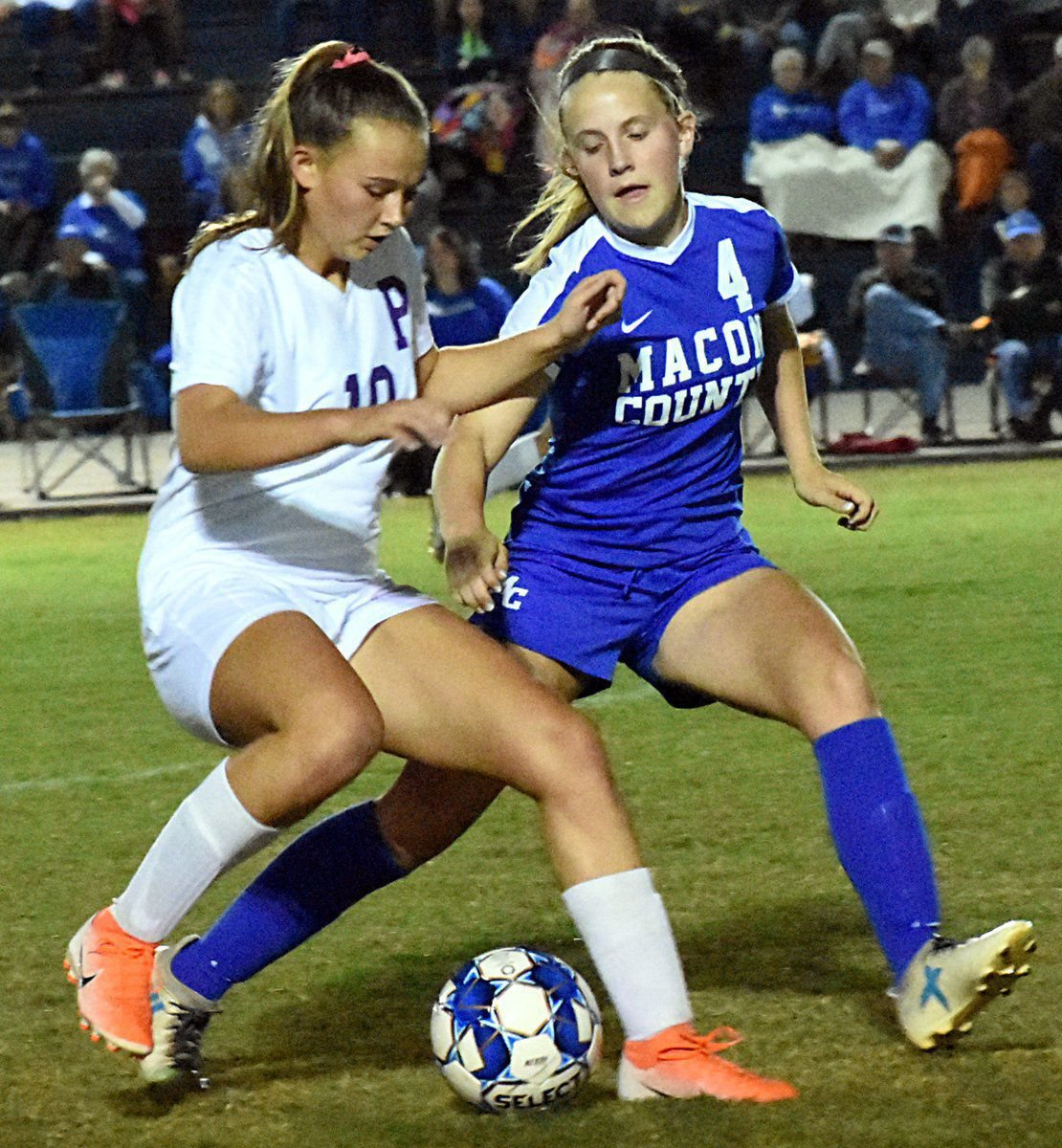 Portland sophomore Jessica Roberts maneuvers upfield as Macon County High junior midfielder Emily Ashburn defends during a match last season. Roberts and the rest of the Lady Panthers have had the start of their season postponed until sometime in September.

Memorial Field won’t have any regular-season football activity until mid-September as the Tennessee Secondary Schools Athletic Association is currently looking at different options for how the upcoming season will be conducted.

Portland sophomore Jessica Roberts maneuvers upfield as Macon County High junior midfielder Emily Ashburn defends during a match last season. Roberts and the rest of the Lady Panthers have had the start of their season postponed until sometime in September.

Despite much uncertainty, the plan for the state’s high-school athletics teams is to have competition this fall.

While lots of things were left undetermined, many options were presented at last Wednesday’s Tennessee Secondary Schools Athletic Association (TSSAA) Board of Control meeting.

“Twelve good weeks of football are better than none,” Portland High head football coach Greg Cavanah said. “I think they (the TSSAA) have to have it financially.

“I hate what happened to the spring athletes (with their seasons ending after one week due to the coronavirus outbreak).”

Gov. Bill Lee issued Executive Order No. 50 on June 29, which extended the state of emergency related to the ongoing COVID-19 pandemic until Aug. 29.

The Board of Control voted to mandate that schools follow the executive order, and TSSAA Executive Director Bernard Childress detailed what that schools are allowed to do following the two-week dead period, which ended on Sunday. Only weightlifting, conditioning and fundamental work with no contact is permitted for football, soccer, girls soccer, wrestling, basketball and competitive cheer.

“Really, we’ve just been lifting and conditioning,” Cavanah said. “You can’t ride the fullback (while potentially exchanging a handoff from the quarterback). You can’t stop the ball in midair (on a pass) and clean it.”

The high-school sports teams in Sumner County enjoyed three weeks of work in June, leading up to the dead period.

“The kids have worked hard,” Cavanah said. “We’re behind, but we’re farther than we’ve ever been at the end of June. We saw some strides. It’s a compliment to the kids’ work.”

The TSSAA laid out a clear plan for girls soccer. For football, it remained undetermined.

“I think it’s a good cautious move on their part, instead of going ahead and canceling … at least give it a chance,” Portland High girls head soccer coach Ryan Goostree said. “As sports coaches, your job is to win. But in reality, you’re developing these girls’ skill sets — with self-discipline, confidence and patience.

“The reach of sports is not just the athletes. You’re talking about families who want to watch these kids play. It’s the referees. To some extent, decisions have to be made above them. Health is the main concern. I’m glad the TSSAA is giving us a chance to play. I think it would have been more realistic to go with a spring start date than to go with an August start time. It’s about protecting everyone involved.”

The Lady Panthers were planning to start workouts on Monday, but with the start of the season being delayed, Goostree opted to postpone that until July 20.

“We typically wouldn’t start until the Monday that dead period ends anyway,” Goostree said. “We would be 10 weeks behind based on the schedule given by the TSSAA. It removes the preseason. We really haven’t lost much by moving it up.”

Goostree felt that there was a significant possibility that the season would be played in the spring.

“I’m alright with it. It’s a little overoptimistic, but it’s also a plan based off of patience. I’m in favor of it. It’s not what I expected. I thought they’d move it to the spring.”

The team hasn’t worked out together since the season ended last October.

However, Goostree sent out a preseason workout plan in June, though he has allowed his upperclassmen to dictate most of the team’s communication.

“The biggest factor to play off of is eagerness,” Goostree — who is entering his eighth season as the program’s head coach — said. “If you have someone who is eager to learn, they’re going to improve faster.

“I put a lot on the upperclassmen to sort of take the lead. That develops leadership. Now, when they come to me, they’re eager to work.”

Before the COVID-19 pandemic altered things, girls soccer, volleyball, football and cross country teams were slated to begin practice on July 27, with the first contest date for those sports coming on Aug. 17.

However, those three sports are considered non-contact sports.

Football teams will not be able to have any 7-on-7 competition, nor any preseason jamborees or scrimmages.

“I’d hate to go into a game and not hit any other kids live,” Cavanah said. “The kids’ mentality changes when you line up against another team.”

Four plans for football were discussed at the Board of Control meeting, with all of those plans consisting of practice beginning on Aug. 30 if Executive Order 50 expires on Aug. 29 and games beginning on Sept. 18.

One option calls for a seven-week region schedule, followed by five weeks of the playoffs (as is customary).

“Our coaches’ association put out a poll to present to the board,” Cavanah said. “I voted for seven games and to keep the playoffs the way they are. I wanted to keep it as normal as it is.”

Another is an eight-week region schedule, which would leave four weeks of the playoffs. That would mean that only the top two teams in each region would qualify for the playoffs, as opposed to four teams qualifying for the playoffs in the current format.

Then, there’s a scenario in which teams would keep their current schedule and begin play with their Sept. 18 games. The games scheduled for Sept. 4 would be played at the end of the regular season (on Nov. 6), and the games that were scheduled for Sept. 11 would be moved to Nov. 13. The playoffs would consist of only three rounds and begin on Nov. 20, and it would only be the regional champions that qualify for the playoffs.

Then, the fourth option is to cancel the playoffs and state championship games and move the season’s first four games to the end of the season (to Nov. 6, Nov. 13, Nov. 20 and Nov. 27).

“Fifteen football games is a lot of football,” Cavanah said. “It may be good that they are backing off (the number of games).”

Under the seven-game and eight-game region schedule formats, teams that don’t make the playoffs could play two extra games after the regular season.

If it were to be a seven-game regular season, Portland is in the seven-team Region 5-4A along with Creek Wood, Greenbrier, Montgomery Central, Springfield, White House Heritage and White House. The TSSAA will set the schedules for each region, and Cavanah would be responsible for scheduling just one non-region contest at that point. The hope is that it would work out to where the Panthers would be able to reschedule one of its non-region games, which originally consisted of Warren East (Kentucky), Forrest, West Creek and Trousdale County.

“That’s some competition,” Cavanah said. “I’d like to stay with them if I could.”

While teams often feel a sense of urgency leading up to the season, that could be heightened even moreso this season.

“There’s only so much you can do outside of pads,” Cavanah — who is entering his seventh season as the Panther head coach — said. “If we start school on Aug. 3, you’re looking at a month before you can put pads on.

“You want to keep them from getting burned out. If we start school in August and start the season in mid-September, that’s a long time with no competition. You don’t want to burn them out.”

During its June workouts, the Panther football program — which currently consists of 83 players — was limited to working in groups of 10 and then in groups of 15.

“Our kids have had a good attitude,” Cavanah said. “I’ve been pleased. They’ve adapted.

However, that number expanded to groups of 35 players as workouts resumed this week, with Portland’s workouts planned for Monday, Tuesday and Thursday afternoons for the first two weeks back in action.

“To me, it’s just like starting summer (this week),” Cavanah said. “We’re going to gradually come in and do special teams.

“We could give out helmets, but our season has been pushed back a month. There’s no need. We can go in our locker rooms now, but they have to be cleaned and disinfected.”

Cavanah points out that those cleaning procedures are just the tip of the iceberg as far as logistical concerns.