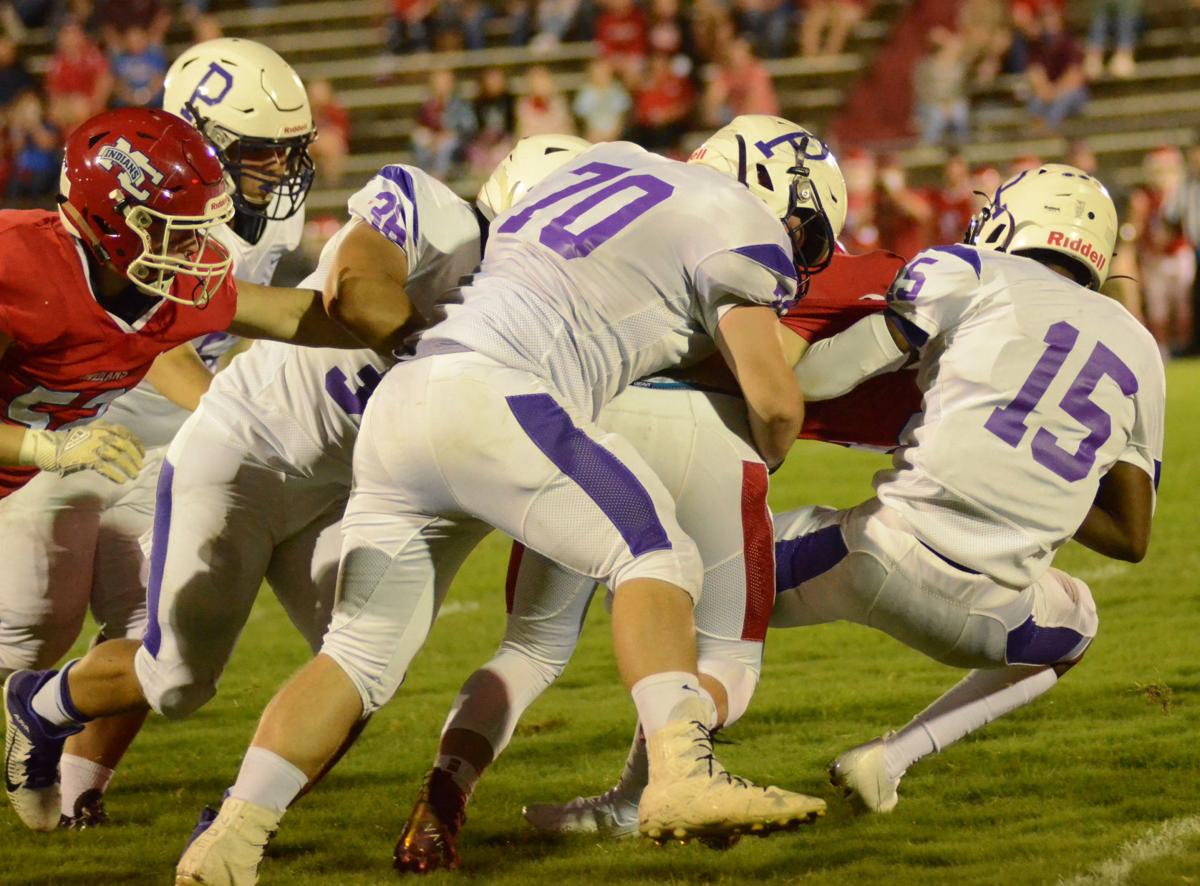 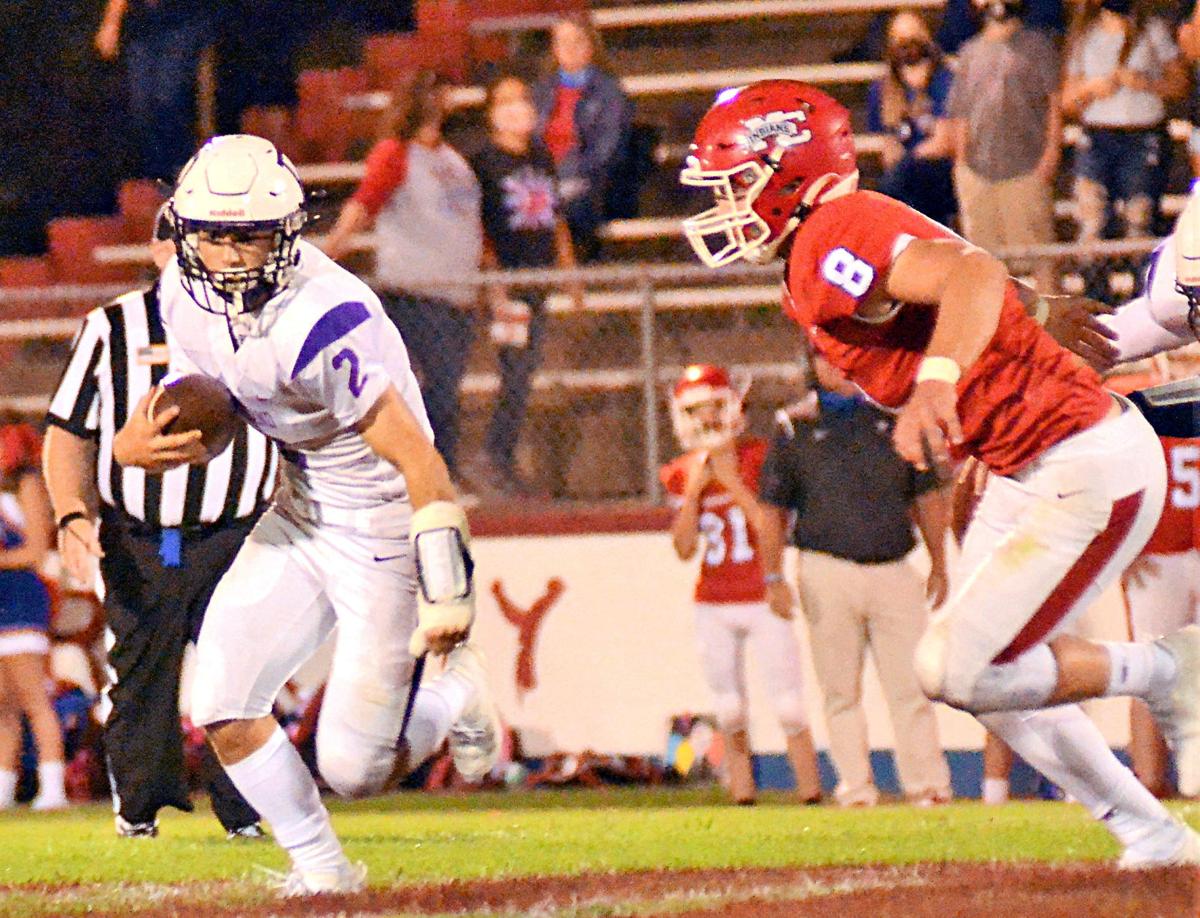 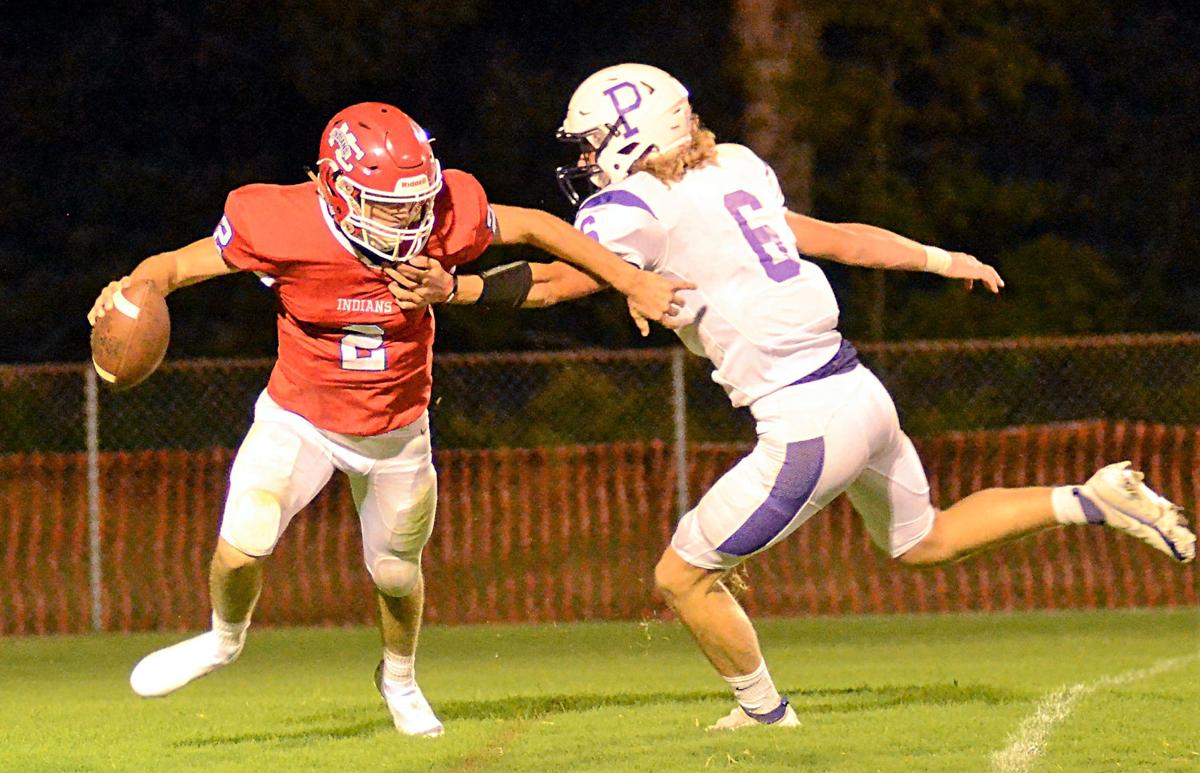 The Portland High football squad came up short in a Region 5-4A contest with host Montgomery Central as the Indians held on for a 20-19 victory last Friday night.

The Panthers, who were trailing 20-13 with under two minutes left to play, scored on a 24-yard pass from freshman quarterback Braden Thornton to Cade Box.

Portland head coach Greg Cavanah elected to go for the win, but the Panthers failed to convert on the ensuing two-point conversion play. Montgomery Central then recovered the kickoff and ran out the clock.

“My coaches know, and the kids know that late in a game, we go for the win,” Cavanah said. “We work to win, not to tie.”

Each team committed three turnovers in the hard-hitting contest.

“If we cut those mistakes in half, we win the ballgame,” Cavanah said. “We had a good drive on our opening series but had a penalty that we couldn’t overcome. We are playing a lot of young kids.

“Montgomery Central only had one long scoring drive.”

It was the region opener for both teams but also the season opener for Montgomery Central, which couldn’t begin play until Friday due to the Montgomery County school system choosing to postpone the high-school football season until the first of September.

The Panthers threatened on their opening drive as runs by Devyn Fuqua and Box pushed the football past the midfield stripe.

Thornton threw a pair of incomplete passes but found Fuqua on a 6-yard strike to the Indian 29 yard line. However, Thornton’s fourth down pass fell incomplete, and the Indians took over at the 29.

The Indians put together a 10-play scoring drive as Casen Cunningham punched in the football from a yard out. The point-after touchdown (PAT) kick failed, leaving the hosts with a 6-0 lead.

After a Portland fumble, the Indians threatened with an 18-play series that ended at the Panther 10 yard line as the half concluded.

“We were trying to feel each other out in the first half,” Cavanah said. “We did make some minor adjustments at halftime.”

Isaac West had a lengthy punt return after the Indians’ first drive in the third period, but a 15-yard penalty pushed the football back to the 49. The Panthers overcame the penalty and scored their first touchdown of the evening when Thornton connected with Freddy Paxton on a 35-yard strike. The kick conversion was blocked, leaving the two teams in a 6-6 deadlock.

The Panthers then took advantage of an Indian fumble to take the lead.

Fuqua ran for 5 yards, and Dylan Gulley gained 7. Fuqua capped the drive, going in from 16 yards out two plays later. Zach Meador split the uprights on the PAT, and Portland led 13-6.

Montgomery Central’s next drive was stopped by a Box interception, but the Panthers were forced to punt on their next series.

Portland had a touchdown nullified as the fourth quarter opened and later punted the football away.

The Indians went ahead on a six-play march as Sykes raced 13 yards on a keeper to the end zone.

The ensuing two-point conversion pass was successful, and the hosts took a 14-13 lead.

The game’s next three possessions ended with turnovers as Portland had a pass intercepted and fumbled the football away while the Indians also fumbled. On the Panthers’ second turnover, the Indians cashed in as Sykes sneaked in from 2 yards out to extend the lead to 20-13.

Portland took over after Box’s kickoff return and scored in seven plays.

Gulley had a 14-yard reception, and Box hauled in a pass for a 7-yard gain. Paxton also recorded two receptions for 11 yards, moving the football to the 24 yard line.

Then, on a fourth-down play, Thornton hit Box on a 24-yard scoring strike with 1:25 left.

When Portland went for two, the pass was batted down in the end zone.

Then, the Indians recovered the onside kick and ran out the clock.

The Panthers compiled 240 total yards, while the Indians amassed 250.

The Panthers host Greenbrier on Friday for another region clash. The Bobcats are 1-1, which opened the season with a 21-9 win at Sycamore on Aug. 21 before suffering a 13-0 loss to visiting Creek Wood last Friday night.