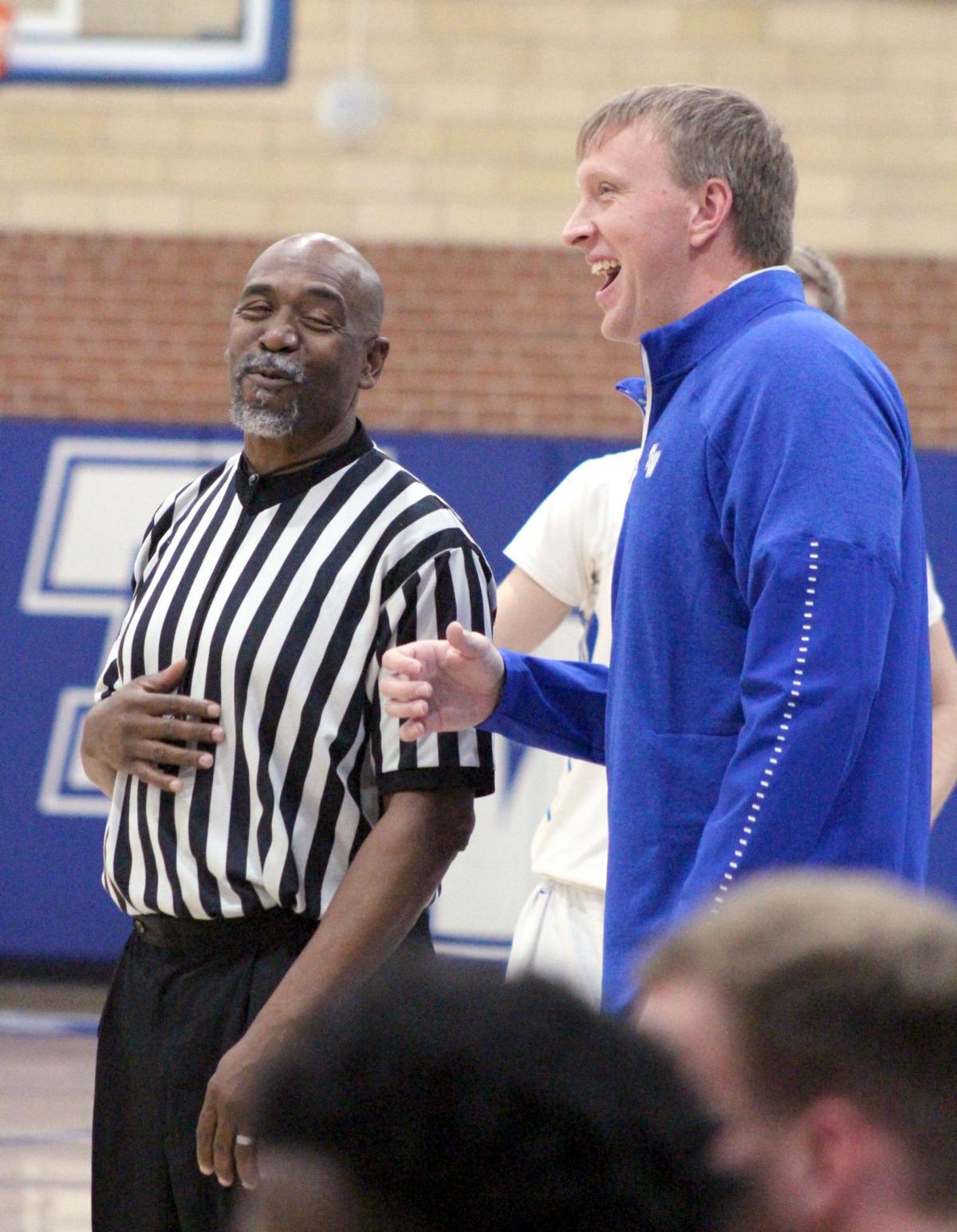 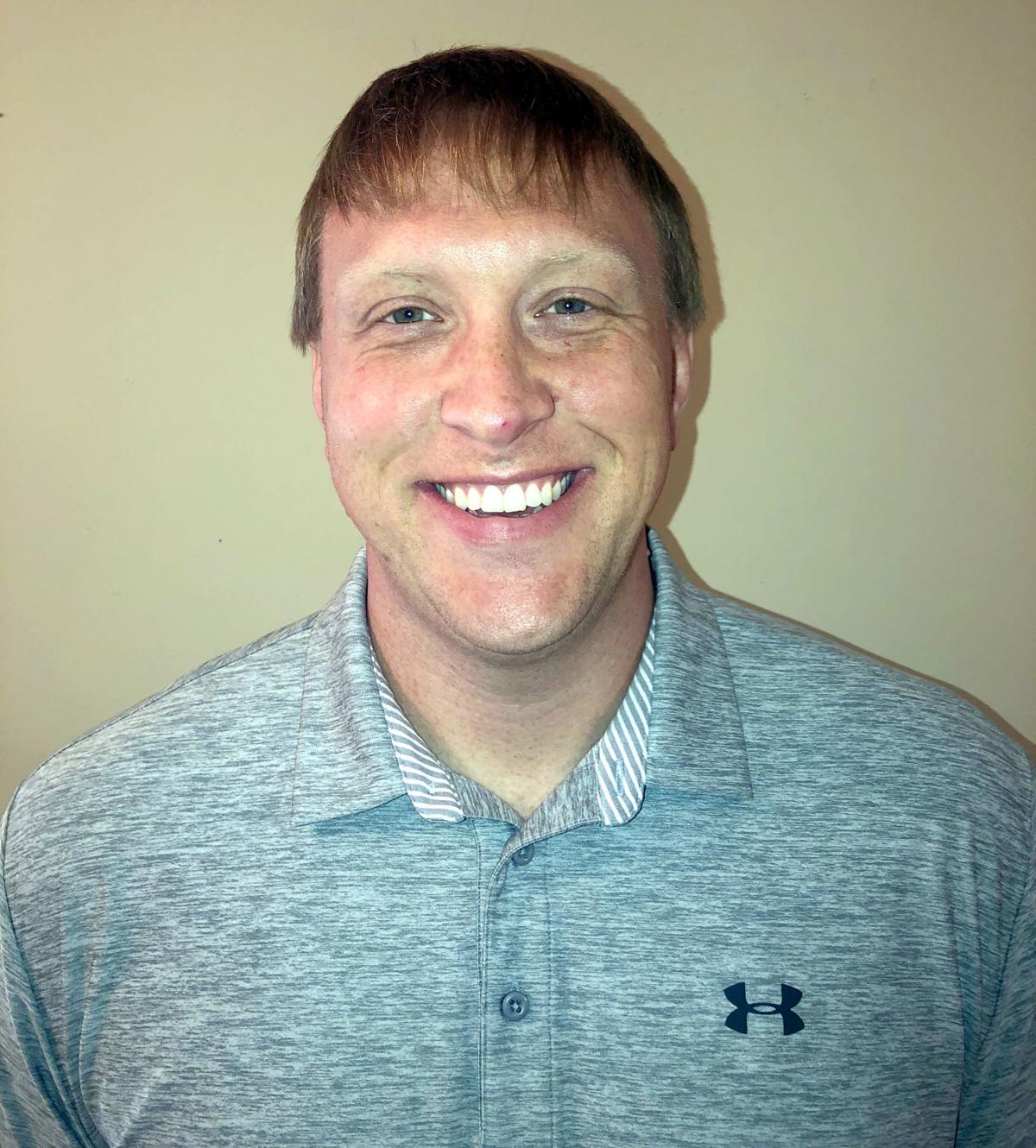 John Ferguson had a goal of coming home.

He didn’t see the path unfolding quite in the way that it has though.

Regardless, the Portland native has landed back in the area and will serve as a history instructor and assistant boys basketball coach during the upcoming school year.

“That’s always kind of been in the back of our mind,” Ferguson said. “At one point, we thought about moving back here. It just never worked out.

“It’s always good to come home. It was just a crazy situation when it happened.”

Ferguson has been residing in the Athens area since he graduated from Portland High in 2003.

“Athens truly became home for me,” the 35-year-old Ferguson said. “It kind of started when I went there for a visit (at Tennessee Wesleyan University). I visited I don’t know how many places. I wasn’t looking for the perfect basketball fit. I wanted the best school fit. I was honest with myself. I knew I wasn’t going to the NBA (National Basketball Association).

“When I went to Wesleyan the first time, I fell in love with the school and the town. It’s kind of like Portland, maybe a little bigger. It still has the small-town vibe. That’s good for me. It was a good place to raise our boys when we were young. My wife’s family was there. It truly became my new home.”

Ferguson helped the Panthers to the Class AA state semifinals in 2003 before playing for four years at Tennessee Wesleyan.

He scored more than 1,600 points in his career at Portland and was a two-time Portland Leader Player of the Year.

Ferguson ranks 16th on the Tennessee Wesleyan all-time scoring list (1,371 points), holds the career record for blocked shots (200) and the record for blocked shots in a single season (74). During his career, the Bulldogs won two Appalachian Athletic Conference regular-season championships (during the 2005-06 and 2006-07 seasons), helping the program to two berths in the National Association of Intercollegiate Athletic (NAIA) National Tournament.

“When I graduated, they were trying to start a JV (junior varsity) program when I graduated,” Ferguson said. “That kind of fell through. I worked in sales.

“Coach (Mike) Poe came in my sophomore year. Six years ago, Coach Poe called me up and said, ‘Hey, we’re starting a JV program, but it’s not a full-time program.’ I was able to (work in) admissions for three years, and I was able to do just athletics for the last three years. The bowling coach was leaving. I knew nothing about it, but I was able to turn the program into a contender just through recruiting and things like that.”

Ferguson coached the men’s and women’s bowling programs for three seasons, leading the men’s program to the Mid-South Conference Tournament semifinals last season (the furthest advancement in the program’s history).

“The thing for me since I didn’t know a lot, I decided to find someone who did know a lot who helped me,” Ferguson said. “He was technical. He would teach and show. I’m a people person. My motto was that I was going to recruit, and I was going to go after the best bowlers in the state. I tried to sell them on our vision.

“There’s 15 teams in our conference, and we were in a conference that was stacked. We were preseason (ranked) 13 (in the nation), and the men finished third in the conference this year. It just worked out for us in the end. You learn a lot about the sport. It would be more (extensive) than basketball. It’s a wild sport when you dive into it.”

Though the bowling and basketball seasons take place at the same time, Ferguson managed to coach both sports for the past three years (spending six years as a basketball coach at the school).

Ferguson’s wife, Dana, began a new job in Nashville in January. She worked during the week in Nashville until the COVID-19 pandemic prompted her to work from home beginning in early March.

“You always kind of think it would be good to go home,” Ferguson said. “Until right before Christmas, there was no thought about that. We moved for my wife’s job.

“It was very difficult. I know it was hard on my wife. She knew that by taking this job that I may never coach again. I told her that if that were to happen, I would be okay with it. For the future of our family, we just needed to move. Leaving the team was extremely difficult. Up until a few weeks ago, I didn’t think I was going to coach anymore. I always wanted to coach. It was truly a blessing the way that it worked out.”

“They’re both pretty big boys,” the 6-foot-6 Ferguson said. “My nine-year-old is the bigger. Both love to play basketball and baseball.”

The Fergusons have been back in the area for approximately a month.

“I’ve been able to reconnect with some friends from high school,” Ferguson said. “One of them invited me and the boys to go fishing.

“Eric Hester was my real estate agent. I played with Eric in high school, and Eric and I have remained friends. We did our loan through Farmers Bank through (former teammate) Jake Daughtry. I work out at Extreme Fitness. It seems like every day that someone comes in and sees me and says, ‘Hey, John.’ In Athens, whenever we went somewhere, everybody knew my wife. Now, it has flipped. The roles have been reversed. She laughs. It’s been good to get out and see other people. It’s a whole different Portland than I’m used to, because it’s normally just family stuff (when the family has been home in recent years, approximately five or six times per year). It’s been a really great thing to see people I haven’t seen in 10 or 15 years.”

While teaching and coaching at Portland High, Ferguson will also been working to obtain a master’s degree through Tennessee Tech University.

“That was always kind of my goal, to come back and teach history and coach basketball,” Ferguson said. “It’s kind of wild. That’s exactly what Coach (Tris) Kington (who coached Ferguson in high school) did. He kind of helped shape my whole basketball game and my life. I was a freshman, and it kind of clicked. I always thought that I’d love to do something like this myself.”

However, Ferguson admits that this new chapter doesn’t come without some anxiousness.

“I’m incredibly excited and incredibly nervous,” Ferguson said. “I’ve had a lot of teachers reach out to me, saying they were so glad I was coming back and if I needed any help to please ask. Everything from a teaching aspect has been A-plus all the way. They’ve already made me feel welcome, and I haven’t even stepped foot in a classroom yet.

“Basketball has been crazy. We had the groups broken up (due to COVID-19 restrictions). I haven’t seen the team together. I’ve seen them individually. The teaching the game from the ground up is what we’ve been working on. A lot of that gets overlooked nowadays. It’s all about starting from the beginning. I was lucky when I was there. I had Coach (Chris) Goode. He was the post players’ coach

Some of the drills he taught me, I still use today.”