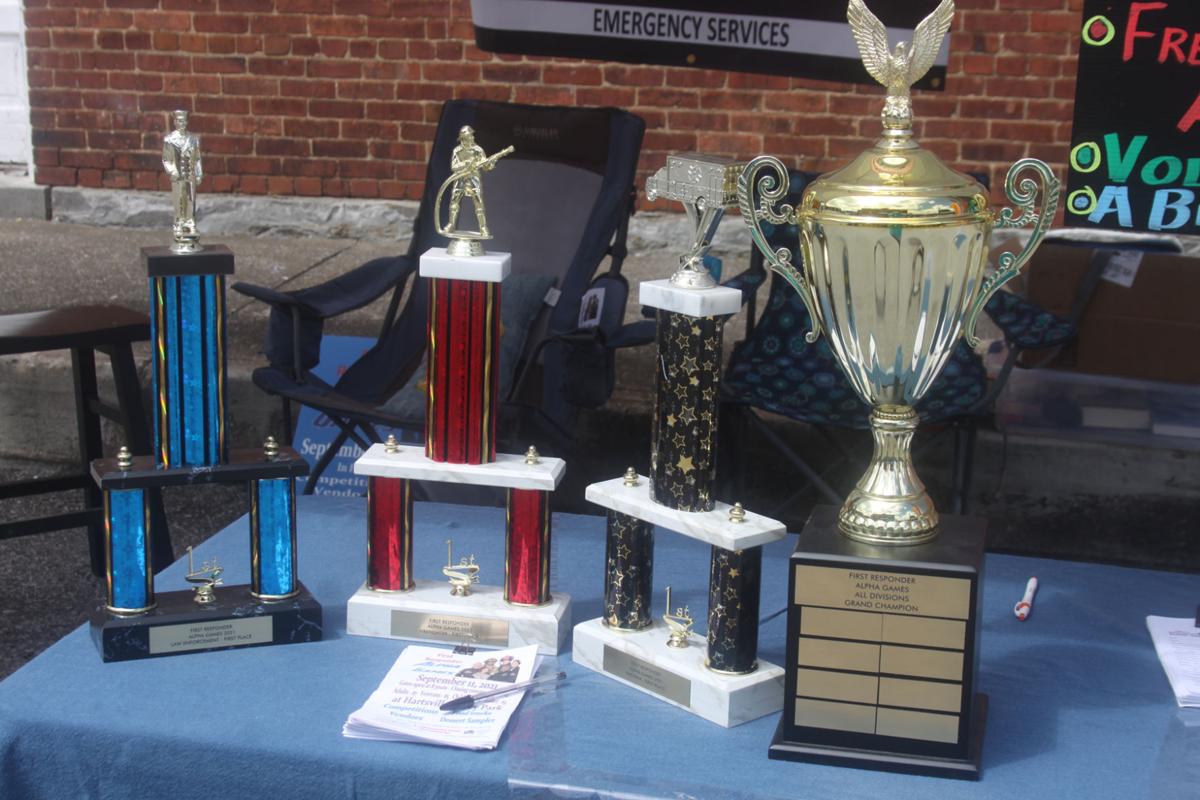 Trophies will be handed out as part of the inaugural First Responder Alpha Games on Sept. 11 at Hartsville City Park. First responders from five counties have been invited to participate in the competition. 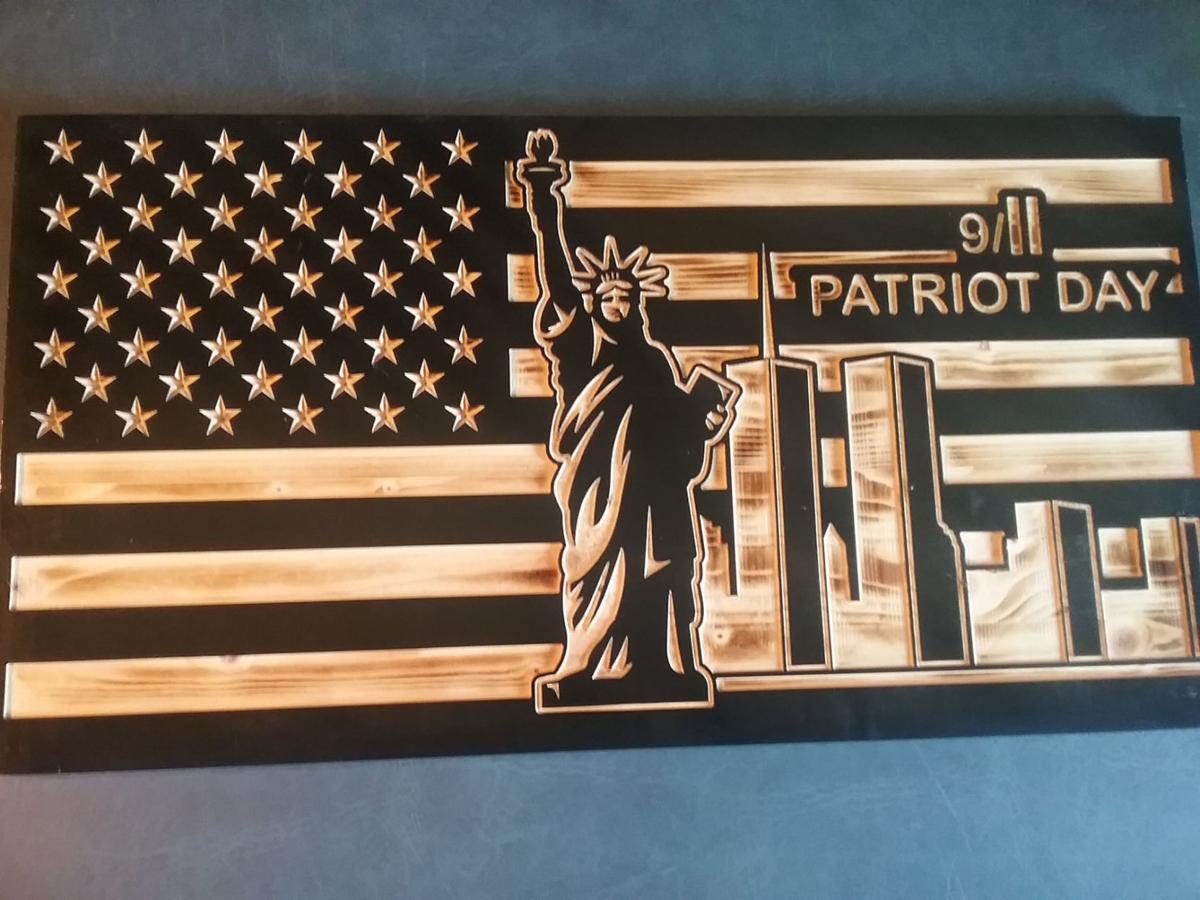 The winning team at the First Responder Alpha Games will receive a wooden flag, provided courtesy of Hartsville’s Citizens Bank.

Trophies will be handed out as part of the inaugural First Responder Alpha Games on Sept. 11 at Hartsville City Park. First responders from five counties have been invited to participate in the competition.

The winning team at the First Responder Alpha Games will receive a wooden flag, provided courtesy of Hartsville’s Citizens Bank.

With the 20th anniversary of the Sept. 11 attacks coming up, a Hartsville couple is organizing a unique event to honor local first responders.

The First Responder Alpha Games are scheduled for this Saturday at Hartsville City Park, beginning at 9 a.m. First responders from Trousdale and its four surrounding counties (Macon, Smith, Sumner and Wilson) have been invited to participate in a day-long series of competitions.

The event is being organized by Gil and Patti Carter, who operate Crossroads Mission Care, a local non-profit organization geared toward caring for first responders dealing with burnout and emotional trauma.

“When we first moved here, I was talking with a firefighter from Gordonsville, and he said something that resonated with me,” Gil Carter said. “He said, ‘Nobody wants to see us, because if they see us they’re having a bad day.’ In talking to first responders, we hear the same thing.

“The No. 1 killer of first responders is job-related stress and the effects, so we thought there had to be something we could do to change that.”

The Carters began consulting with the Hartsville Chamber of Commerce, which has been looking for a signature event for Hartsville/Trousdale County. From that, the idea for the Alpha Games came about.

“We want people to be able to come out and say, ‘Hey, we appreciate what you guys do,’ ” Gil Carter said.

The competitions will be specifically geared for three divisions: law enforcement, firefighters and emergency services. They include high-effort events such as obstacle courses and fitness challenges, down to less stressful games like checkers and cornhole. Departments will compete in each division, with the first-place teams then battling it out for the title of grand champion. Closing ceremonies are scheduled for 6 p.m.

“The grand championship is a five-stage, survivor-type competition,” Gil Carter said. “But we want everyone to be able to compete, regardless of age or fitness level.”

Patti Carter added, “We’ve got high-intensity obstacles and CrossFit, and games at the other end of the spectrum. It’s a broad spectrum, with everything in between.”

In addition to the competitions, there will be plenty for onlookers to take part in. There will be food trucks, vendors, artisans, department demonstrations, children’s games and a dessert sampler tent.

“LifeFlight will be out there ... the fire department will be there ... Sumner County sheriffs are bringing their K-9 unit,” Gil Carter said. “Between competitions, we’re going to have kids’ events, like barrel races. The dessert sampler itself will be worth admission.”

Patti Carter added, “We want the first responders to feel supported, but we also want the community to have something fun to come to. The hope is at everyone comes out stronger in the end.”

Admission will be $7 for adults, $3 for children age 10 and under, and $5 for veterans. First responders not participating in the games will be admitted free.

Tri-Metal, which operates a facility at Trousdale’s PowerCom industrial park, has fabricated many of the materials for the various competitions, such as obstacle courses.

While recognizing that the initial event will have its limitations, the Carters hope to grow the event and have received interest in future participations from departments outside the five-county area.

“Response has been great, and they appreciate the idea that someone wants to do something for them,” Gil Carter said.