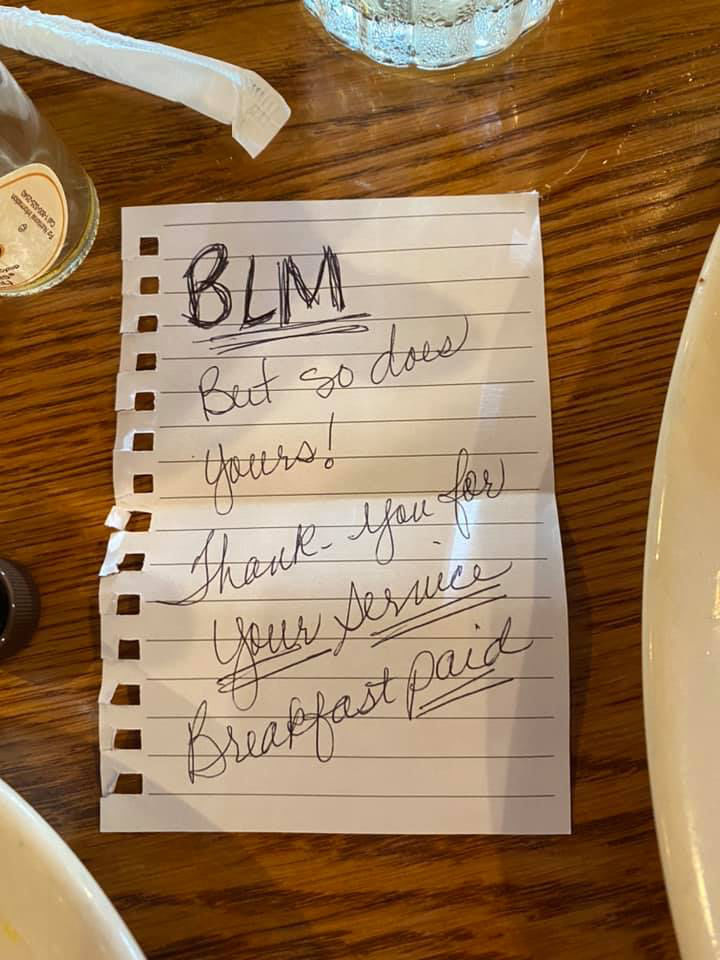 Portland Alderman and Sumner County Sheriff’s Deputy Jody McDowell received this note from two black women who anonymously paid for his breakfast at Cracker Barrel while he was on duty last Tuesday. 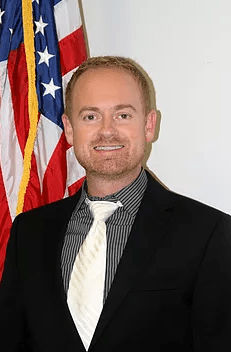 A pair of black women anonymously paid for his meal on June 16, inspiring McDowell to thank them in a Facebook post that has since gone viral.

“I want to thank the two sweet black ladies who paid for my breakfast this morning,” McDowell wrote. “While waiting for a transport to be completed, I decided to have breakfast at a Cracker Barrel near the Nashville airport.”

McDowell included a picture of the note they left, which read: “BLM, but so does yours! Thank you for your service. Breakfast paid.”

Cracker Barrel Head of Corporate Communications Janella Escobar confirmed that the gesture took place at the chain’s location near Briley Parkway in Nashville.

“I think it’s a wonderful story and an awesome thing that happened there,” Escobar said. “We see that type of thing happen all the time … it makes us proud to see when our guests take it upon themselves to extend our mission of pleasing people and commit random acts of kindness towards each other, as those two women did.”

So far, the two women have not been identified, but McDowell hopes they saw his message to them on Facebook.

“The manager at the store told me the server was beside themself because of their act of kindness, and didn’t ask the names of the two ladies,” Escobar said. “All we know is that they were stopping in for breakfast before a flight.”

Wherever the two are now, it’s likely they received McDowell’s thank you note. His post has been shared almost 1,400 times as of Saturday, including by national news outlets.